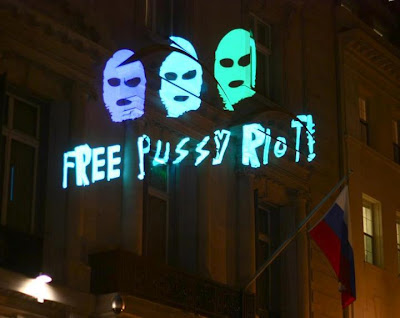 No one was surprised that a Russian court found three members of Pussy Riot guilty of “hooliganism” for staging an anti-Putin punk prayer service in a Moscow church. But Friday’s sentence of two years in prison has sparked protests around the world and responses from artists–from graffiti in Moscow to a Mentalgassi wheatpaste on a Berlin trash bin to a Facebook image by Nadia Plesner that puts the band members’ iconic balaclava on the central figure in Plesner’s painting Darfurnica. And, last night in New York, before the verdict came out, The Illuminator projected a Free Pussy Riot message on the Russian Embassy’s wall. e-flux, a group that reset its Facebook timeline image to one of the Voina-affiliated punk band today, carries one of the better protests–a verbal one by Garry Kasparov:

What is most frustrating about the considerable western reaction to this horrible farce is when the media talks about Putin and the Kremlin “losing a PR battle” with a punk rock band. What does Putin care about PR in the west? As long as the oil and gas keep flowing and the money keeps going from the treasury into the crooks’ pockets, they don’t care about anything else! As I’ve said many times, Putin and his criminal regime are a Russian problem for Russians to solve, but western hypocrisy about human rights gets tiresome when they could take serious measures instead of just talking.

I am glad artists like Paul McCartney and Madonna are speaking out, but until Interpol and EU parliaments and American legislators take action to penalize Putin’s cronies for criminal, financial, and human rights violations, all the press chatter in the world makes little difference. Tell the young children of Tolokonnikova and Alyokhina that their mothers “are winning a PR battle” while they sit in prison for three years for political protest!” 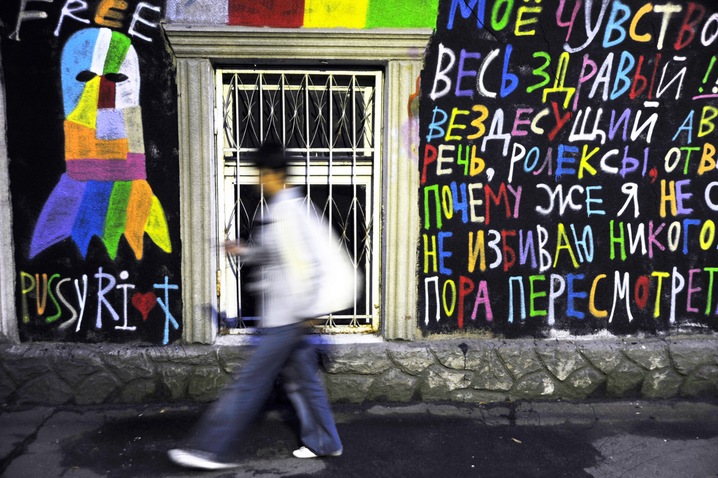 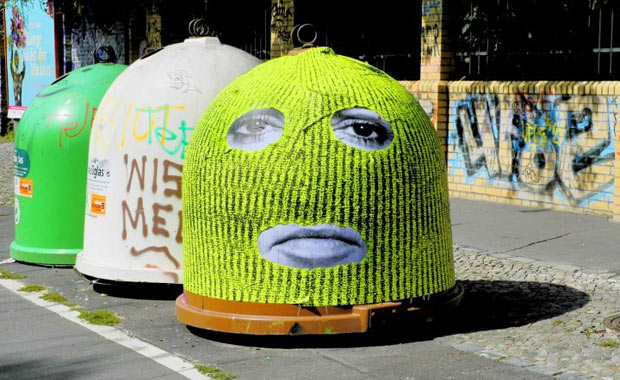 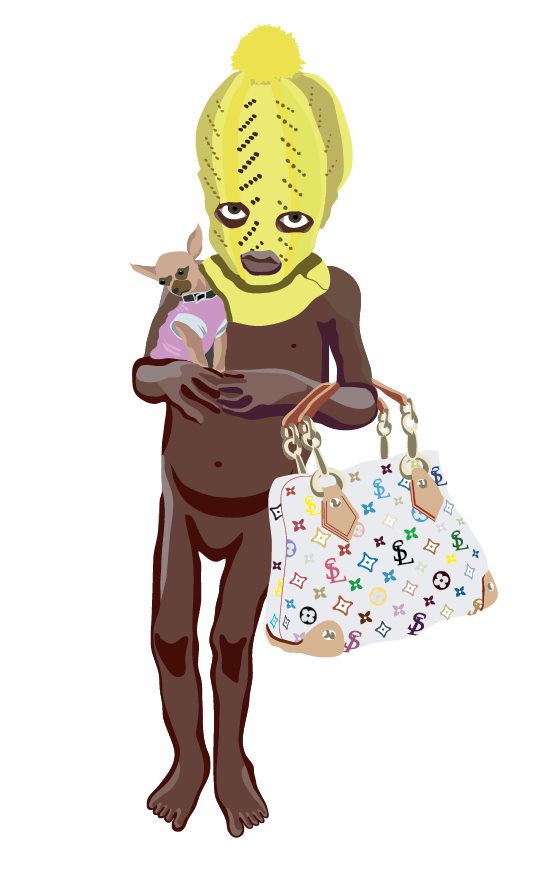