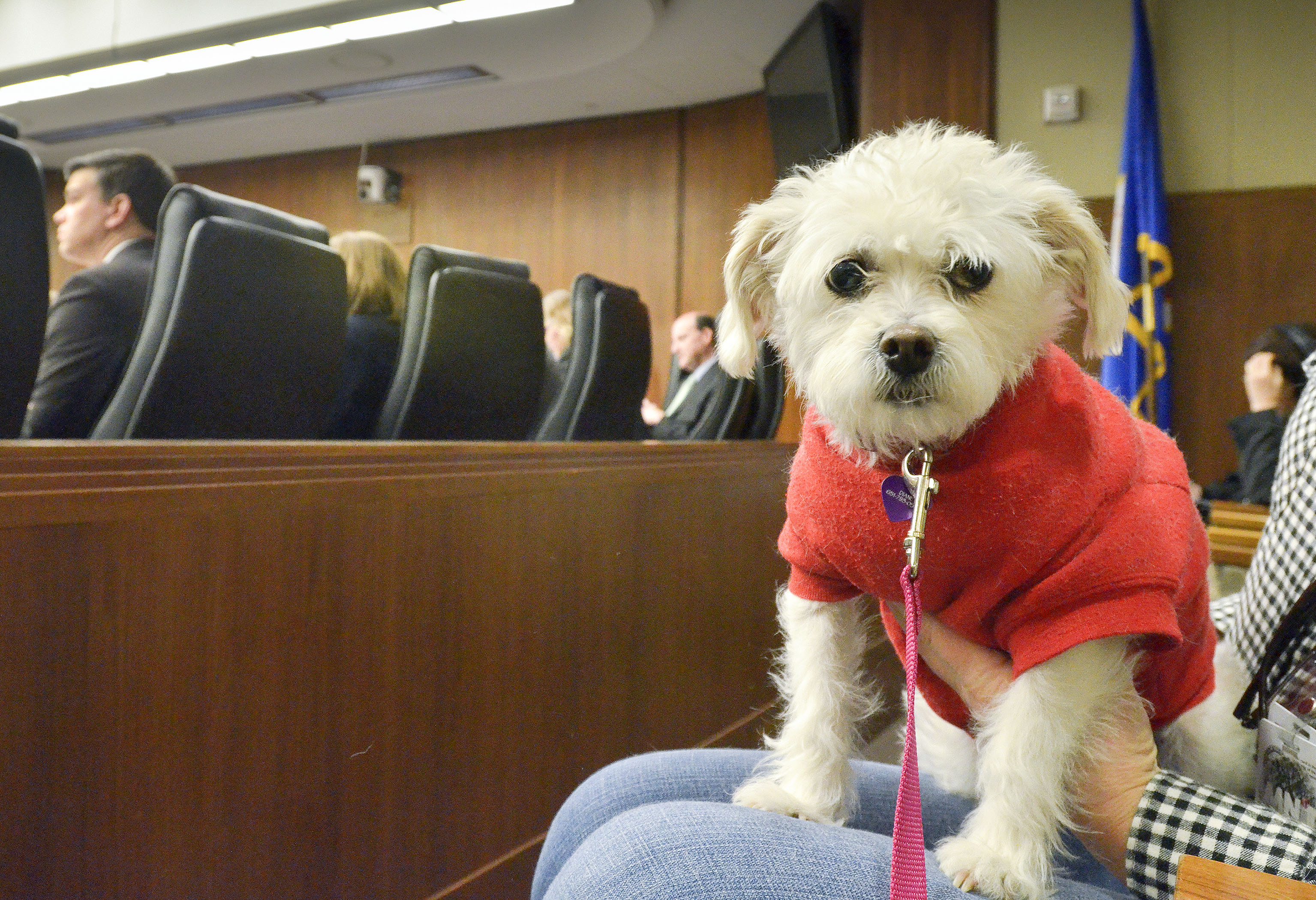 Let someone bring up the subject of dogs and cats, and you’re bound to have controversy. With that acknowledgement, Rep. John Lesch (DFL-St. Paul) brought forward a bill that has been before the Legislature in some form for the past six years — regulating dog and cat breeders.

“It’s been through a lot of changes over the years. It originally was 19 pages, but has been whittled down to nine,” Lesch told the House Civil Law Committee Wednesday. Despite the brevity, this year’s bill, HF84, remains as controversial as the ones before it.

The bill would provide a fee, state licensing, inspection procedures, additional standards of care, and administrative and criminal penalties for dog and cat breeders.

There are no uniform state laws regulating dog and cat breeding, say bill supporters, including Keith Streff, director of humane investigations with the Animal Humane Society of Golden Valley.

“Uniform statewide regulations will save municipalities money, in the long run,” he said. Generally, law enforcement does not learn about animal abuse situations until there is a complaint filed, and then inspection, enforcement, legal and cleanup costs can mount. Because of the inspections that would be required under the bill, he said that facilities could be cited and given the opportunity to come into compliance before they became a nuisance.

Executive Director and State Veterinarian Bill Hartmann said that board staff would have to increase by 4.5 positions because of the added responsibilities.

Lesch faced stiff questioning from committee members who noted the cost to the state’s General Fund, along with enforcement of sales tax collections and the data practices issues that would arise.

But it is the bill’s inclusion of so-called “hobby breeders,” that generated the most comment. While casual breeders would be required to register their operation annually, they would not be charged a fee. Under a motion from Lesch, the committee approved deleting that section of the bill.

Opponents to the bill had little time at the end of the meeting to testify. Rep. Peggy Scott (R-Andover) asked that the bill be held over to allow time for more testimony. However, Lesch said the bill is expected to travel to multiple committees where their testimony would be heard. Approved by a voice vote, the bill now moves to the House Public Safety Finance and Policy Committee.