After chronicling Nike copping Christian Marclay’s concept and AT&T borrowing Jeanne-Claude and Christo’s style, here’s another one from the ripoff files. It’s every big as egregious, although closer to home. St. Paul-based photographer Alec Soth blogs that in 2006, the publisher Little Brown and Co. (owned by Hachette Book Group) contacted him about the possibility of licensing his 2002 photo Peter’s Houseboat (above) for a book cover. They wanted to buy rights to the image and to photoshop in a child, and they provided a mockup of what the cover would look like (below left).

Soth declined. Now, three or so years later, while browsing at a chain bookstore, he discovered they’d knocked off the image anyway (below right). 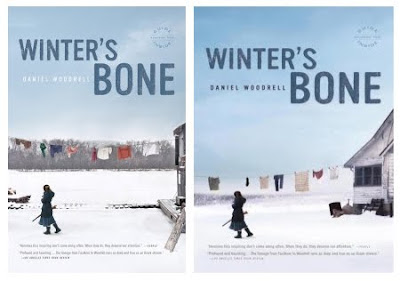 “Now I hear that Winter’s Bone became a movie and won the Grand Jury Prize at Sundance,” Soth writes. “I can’t wait to see the poster.”

Coming in September: From Here to There: Alec Soth’s America, at the Walker Art Center.