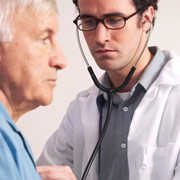 Many progressives felt the 2009 health reforms, while significant, didn’t go far enough in reshaping the market to control costs and reward quality over volume.

In particular, the “public option”—a government-run health insurer designed to compete on the open market with private insurers—became a symbolic line in the sand.

A public option differs from public plans such as Medicaid, MinnesotaCare, and Medical Assistance because these programs represent subsidized insurance plans targeted to the uninsured rather than a government-run insurance option widely available for purchase on the open market.

When the final reform package did not include a public option, many progressives worried it did not do enough to change the status quo.

However, many overlooked that while the Affordable Care Act (ACA) includes no federal public option, it does pave the way for the implementation of state-level plans.

During the original reform debate, progressive groups argued a government-run insurer would serve to keep for-profit health insurers honest. According to the Center for American Progress, “More than half of the market is controlled by two carriers in at least 39 states,” potentially leading to unchecked profits, inefficient companies, and a lack of plans tailored to different types of consumers. (Two insurers control 76% of Minnesota’s market.) By eliminating the profit motive and adding another competitor to the market, progressives believed a public option could drive down costs.

Yet calls for a public option were shouted down by conservatives voicing two contradictory complaints: First, inserting the government into the market would give it an unfair advantage and undermine private companies, and second, the government can’t do anything right and so should stay out of the health insurance business. Despite the ability to prevent its inclusion in the final bill, this faulty logic didn’t fool many Americans, as polls at the time showed 60 percent of Americans and 62 percent of Minnesotans favored a public option.

With such popularity, why has the federal public option’s little brother, the state-level public option, been so overlooked by both states and voters? Jim Hart, a retired doctor and professor at the University of Minnesota’s School of Public Health, provides one answer. “People were assuming there’d be some public option [in the 2009 reforms] and the question was how big it would be,” he explains. When no robust public option emerged, disappointed progressives overlooked the state-level idea.

Hart says there are two sections of the ACA that encourage a state public option. First, Section 1331 provides a route to federal dollars for states to offer a health plan themselves to residents who would receive insurance subsidies (those at 134-200% of the poverty line; those below this amount will be Medicaid recipients). Second, Section 1332 “basically allows a state to design an innovative system,” Hart says. That system could include a state public insurance plan.

Currently, California is pursuing the first path to a public option, while Vermont has undertaken reforms following the second.

Hart believes the answer is yes, and says it “would add efficiency” if the state had an insurance plan that could negotiate directly with care providers. Such a plan could compete favorably against private plans on an insurance exchange.

As Minnesota looks to future health reforms in our state, a state-run health insurance option deserves our consideration.