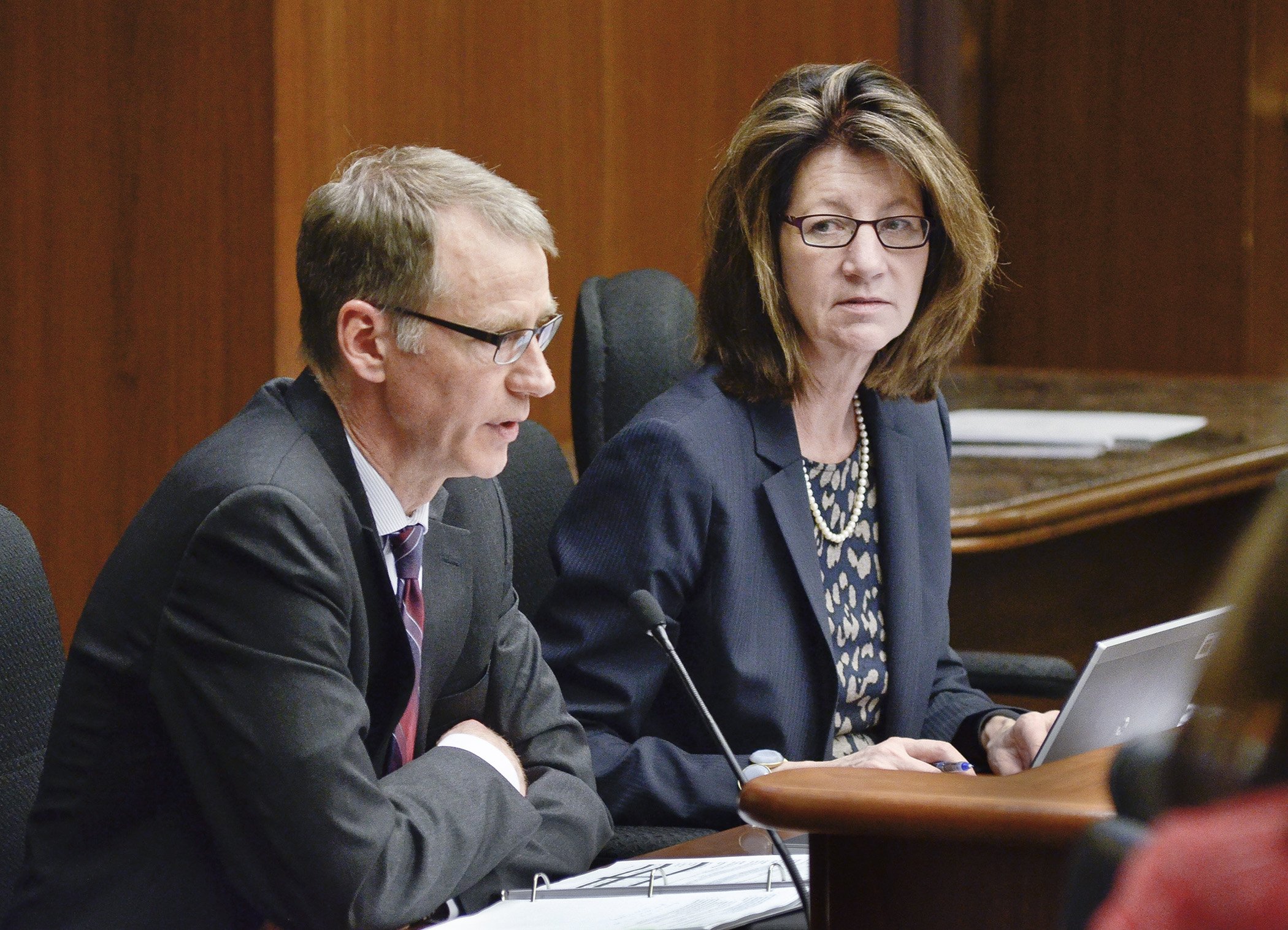 For the past two days, Jesson and division directors laid out Gov. Mark Dayton’s health care proposals to the House Health and Human Services Finance Committee, which took no action.

The governor’s overall proposed $35.5 billion budget for the Department of Human Services includes $12.8 billion from the General Fund, about $176.5 million more than the projected base funding for the 2016-2017 biennium. The remaining department operating funds come from the Health Care Access Fund, federal matches, lottery revenues, special revenue fund and fees for services.

Not all of the initiatives would require changes in law, but many do.

Caring for the children

A disproportionate number of babies born to mothers addicted to opioids occur in tribal communities. Department officials are calling for early, in-utero intervention, which may result in public fund savings because it’s more expensive to treat the babies in the neonatal intensive care unit after birth. The grant program would enable clinics to target pregnant at-risk women and direct them into services for substance abuse and public health services.

To improve access to quality child care, regulations for assistance would be simplified and the Basic Sliding Fee program for child care would be expanded to reduce the number of families on waiting lists. The sliding fee is capped and some counties have long waiting periods for families that qualify. As of November 2014, more than 6,000 families were on waiting lists.

Only 30 percent of children on public assistance programs are receiving preventive dental services, which is below national average, Jesson said. To address the growing problem, the governor is proposing to increase payments to providers by 15 percent.

One in four people experience some form of mental illness in their lifetime. But people with mental illness can be deterred in seeking help if have to wait too long for care or have to drive long distances. Initiatives would examine the role the department serves in providing safety nets for mentally ill residents.

“We’re not trying to compete with the private sector. We’re trying to really look at what are the needs of the safety net,” Jesson said Wednesday.

Several road blocks exist for providing mental health services to children, such as a shortage of child mental health physicians and insufficient reimbursement rates to doctors who treat patients, she added.

The department expects to close its child mental health treatment facility in Willmar later this year and would contract with facilities closer to where families of the patients live. The change to community-based services is expected to save the department money.

A new pilot program would provide $260,000 in Fiscal Year 2017 to develop early detection and intervention methods for children and young adults ages 14-26 who are at risk of experiencing their first psychosis episode. Another proposal would enable the department to work with law enforcement to keep children in school through intervention rather than sending them into the juvenile justice system.

Also proposed for this age group is a $203,000 upgrade in Fiscal Year 2016 to the Social Service Information System to enable counties to document cases of sex trafficking victims, even if they cross state lines. Improved tracking of runaway or exploited youth would also conform to federal guidelines.

The Department of Health is scheduled to present its budget overview to the committee on Feb. 3.