About 100-125 protesters attended a vigil dedicated to raising awareness about detainees and victims of “enhanced interrogation” a/k/a torture, on September 21. The vigil was held outside Beth El Synagogue in St. Louis Park, where former president George W. Bush was speaking. The synagogue offered for sale 250 tickets ranging from silver to platinum level ($1,200 – $3,600) for an evening with Bush.

Groups of protesters held signs and banners near the street corners where traffic entered and exited the parking lot to the synagogue.  Some donned orange jumpsuits and others wore black hoods, to identify with prisoners at Guantanamo and elsewhere.

Protesters were kept behind police and state trooper barricades.  Drivers slowing to shout and swear verbally accosted several protesters holding banners at the street corners.  One driver angrily yelled “Go back to Russia, assholes” as he thrust his middle finger at them.  A protester holding a large sign that read, “ARREST BUSH FOR WAR CRIMES” said that while a handful of drivers yelled at them, the majority of people who drove by honked their horns and gave them a “thumbs up” for support. 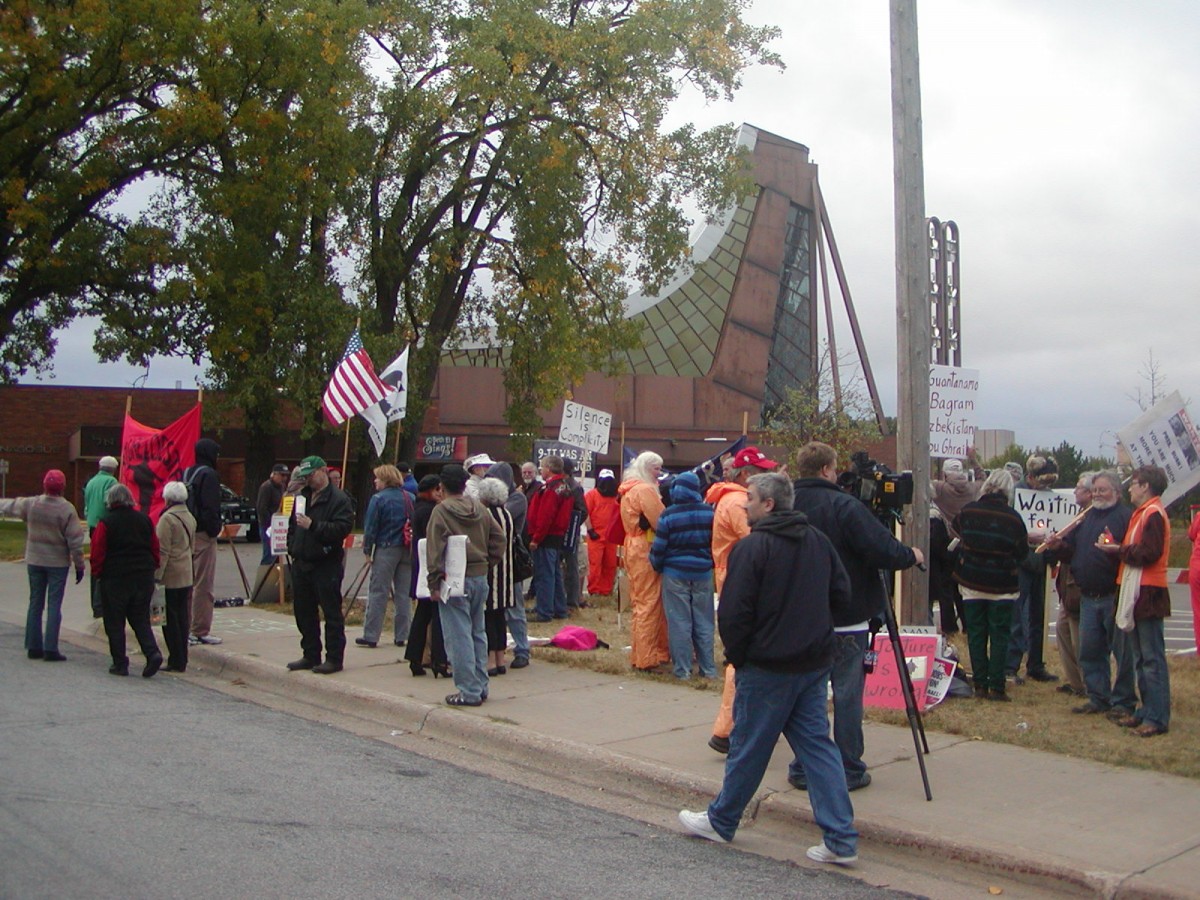 The vigil finished in the dark, with a core of protesters chanting “Shame, shame” when the event attendees left the synagogue after 7:30 p.m. 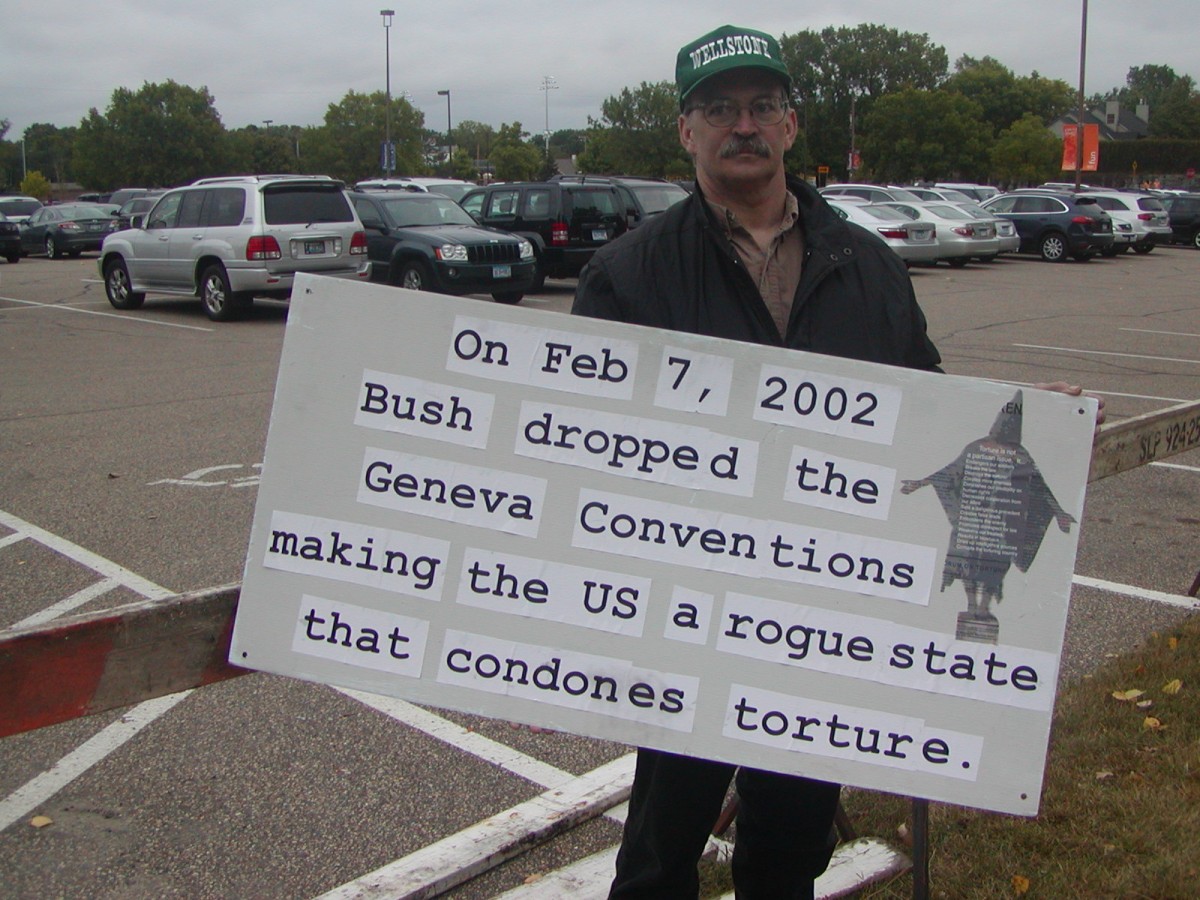 “Not all the synagogue members knew Bush was coming,” protester Robert Cuthbertson said.  “Many didn’t support his presence there.”

Cuthbertson said that he and a couple of other guys flew kites with protest messages at the synagogue last Saturday, and that people from the synagogue told them it was disrespectful to be political during their worship.  He said he told them, “We say the decision to bring politics to this synagogue was brought by your own inviting of Bush.  We began protesting early so people would get up in arms and stop this [Bush appearance] from happening – not trying to be disrespectful.”

Wearing an orange jumpsuit and BSM hat, Kevin Smith, a 1975 graduate of Benilde-St. Margeret’s Catholic high school, located across the street from Beth El Synagogue, said, “Killing other people never justifies the end results – one of the strongest Benedictine Christian values I learned at Benilde. … I live for my children’s children’s children.  What we do now affects generations to come.  This is why I’m here today.”

Sonja Johnson, wearing a black hood atop her head and an orange jumpsuit said, “Torture is fundamentally wrong – this is the line to draw in the sand.  We are a world model – ‘If America does it, we can too,’ they’ll say.  We’re here to raise awareness about torture because we believe it’s fundamentally wrong.”

“Bush broke our U.S. laws outlawing torture.  He broke the Geneva Convention.  He lied about it. … Even if it works, and it’s been proven it doesn’t, it’s against the law,” she emphasized.  “It’s evil. Bush’s use of torture permeates into society.  As head of our nation he says ‘It’s not so bad,’ and we torture – it seeps into police brutality and into our prisons.”

Craig Wood, another protester, remarked “The world still looks to America for leadership.  If Daddy’s doing it, if America says it’s ok, who else will?

Another vigil attendant, Robert Palmer, 66, also wearing an orange jumpsuit, said:  “We speak about ‘The Greatest Generation.’ The most valuable social gain to come out of World War II was the Geneva Conventions – no excuse – nothing can justify torture.  Reagan signed the convention against torture treaty.  Treaties are the highest level of law in the land.  Bush broke the law.”