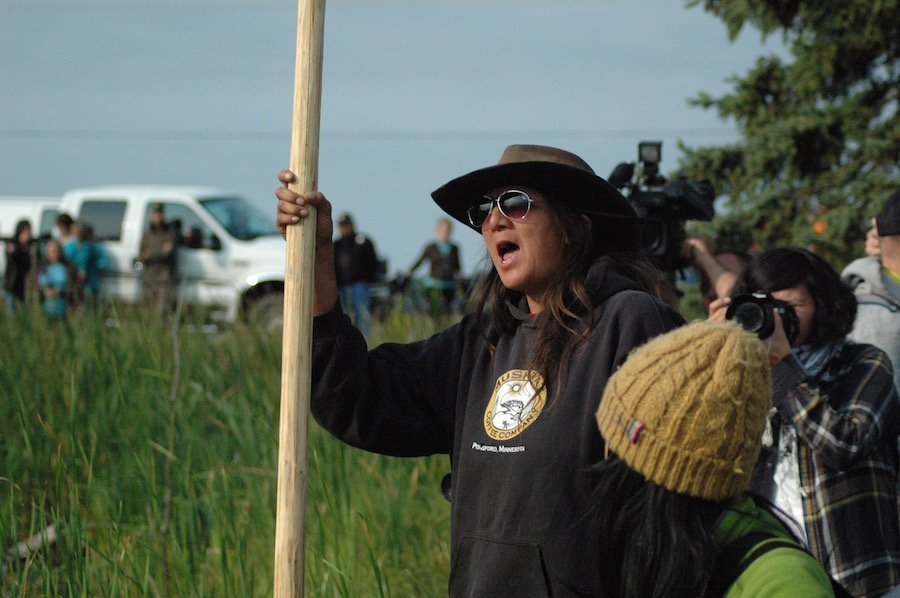 What’s a person supposed to do when they are trying to engage in an act of civil disobedience and the authorities refuse to arrest them, let alone issue a citation?

That’s the predicament a group of protesters from the 1855 Treaty Authority found themselves in when the Department of Natural Resources (DNR) decided to allow certain members of the group to harvest wild rice without licenses outside of reservation land, on the very day the protest took place.

The plan was to harvest wild rice without a permit, outside of reservation land. The arrest and/or citation was hoped to draw a federal court case which would help to force a judge to uphold the tribe’s right to hunt, fish and gather on land they ceded over the course of several treaties in the 1800s. The cornerstone of those treaties, the Treaty of 1837, unequivocally grants the right to hunt, fish and gather in the entire amount of land the Anishinabe gave up. 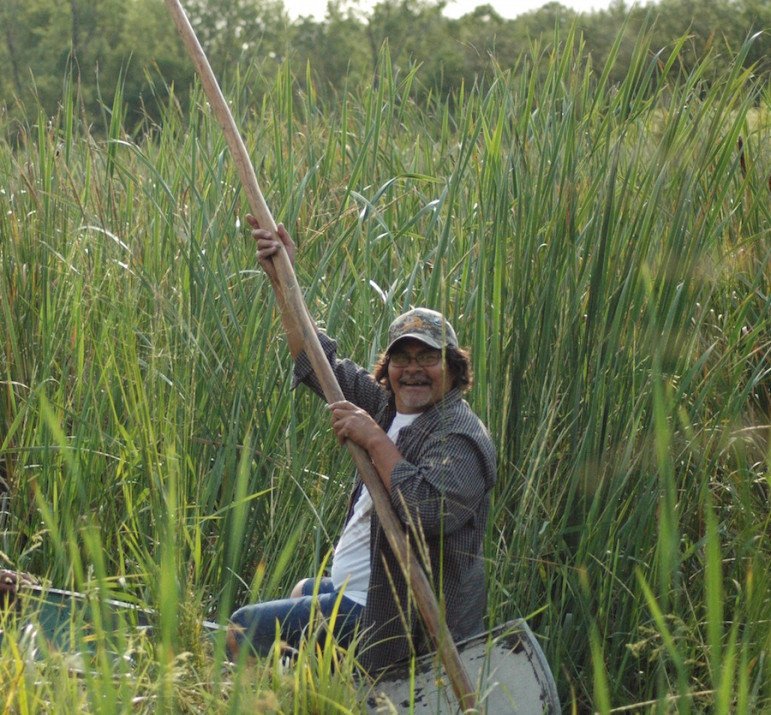 A wild rice harvester of Chief Hole in the Day Lake. Photo taken by Tim Regan

“The strategy is to get it into federal court,” said Robert DesJarlait, from the group Protect Our Manoomin, who helped spread the word about the event. “That’s the only way this issue will be resolved. Though we have treaty rights, they aren’t going to give them to us.”

The last time an Anishinabe group tested their treaty rights was 2010, when a group went fishing in Lake Bemidji without permits. That time, the DNR refused to make arrests as well, though they did seize the fishermen’s nets.

In a statement, the DNR sent out a news release that said it granted the 1855 Authority a special permit that lasted just one day. “The permit was issued in response to the 1855 Authority’s stated intention to harvest wild rice at Hole-in-the-Day Lake in Crow Wing County in remembrance of Chief Hole-in-the-Day and to bring attention to clean water issues,” the statement read. Then later: “The permit was issued under statues and rules that allow the DNR commissioner to issue such permits for educational or exhibition purposes.”

“I’m very disappointed today,” said Leonard Thompson, one of about half a dozen who went out on Hole in the Day Lake to rice. “The DNR ain’t going to issue no citations, but the fact of the matter is they wanted to avoid a court date to bring this to light.” 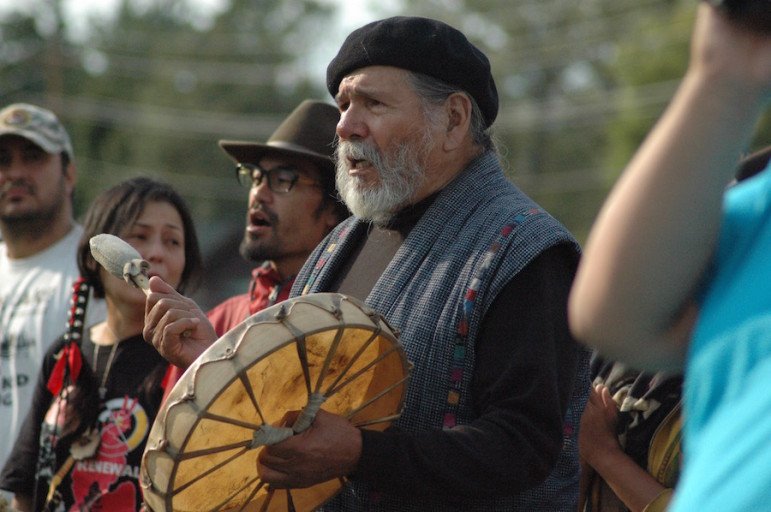 A song to protect the Manoomin. Photo by Tim Regan

He’s referring, of course, to the 1855 treaty between the U.S. government and the Anishinabe people. That treaty covers a huge swath of land in Central Minnesota, which happens to be the area most effected by recent controversies over issues such as mining and pipelines that in the courts, Native people are fighting to protect.

The 1855 treaty doesn’t actually have the words hunt, fish or gather in it, says tribal lawyer Frank Bibeau, from the 1855 Treaty Authority, but since the 1837 treaty does protect the Anishinabe’s right to engage in these activities, the Supreme court found in 1999 that later treaties uphold that right.

“We were intentionally looking to target a lake along the pipeline corridor,” Bibeau said.

In addition, there’s concern about the impact that current and future mines have on lakes and rivers. “We are not just talking about the pipeline but also about mining–there’s quite a bit of pollution,” says Robert DesJarlait. “There’s a 140-mile stretch of the St. Louis River which are wild rice dead zones because of all the sulfates, and now they want a copper mine. Our wild rice will be affected by the pipeline and the mines,” he said. “for us, wild rice is a sacred plant to us. It’s a spiritual issue and a cultural issue.” For many, harvesting wild rice doesn’t make a whole lot of money–maybe enough to provide clothing for their kids. “Nobody gets rich off it,” he said. 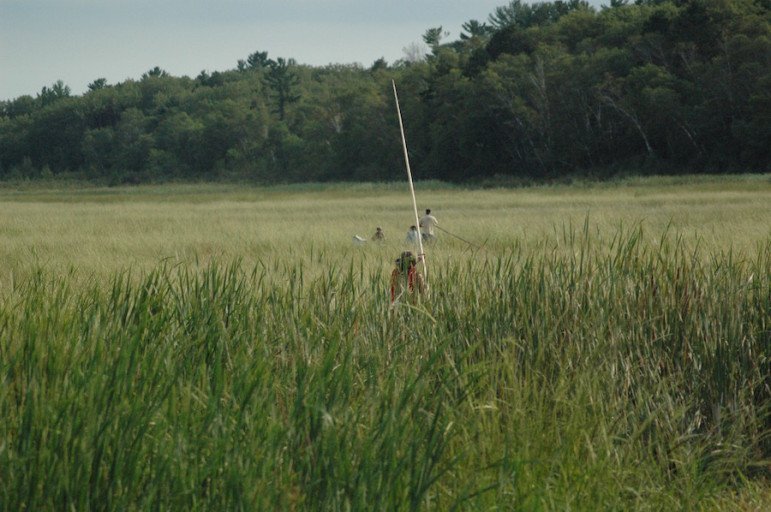 For the Anishinabe people, “our responsibility is to protect the environment,” DesJarlait said. “Not just for the present generation.”

Veronica Smith, from Fond du Lac, showed up to the protest in support of the wild rice harvesters. “Manoomin (wild rice) is our sacred food and it was a gift from the creator,” she said. “We need to protect that and that’s what we are doing.”