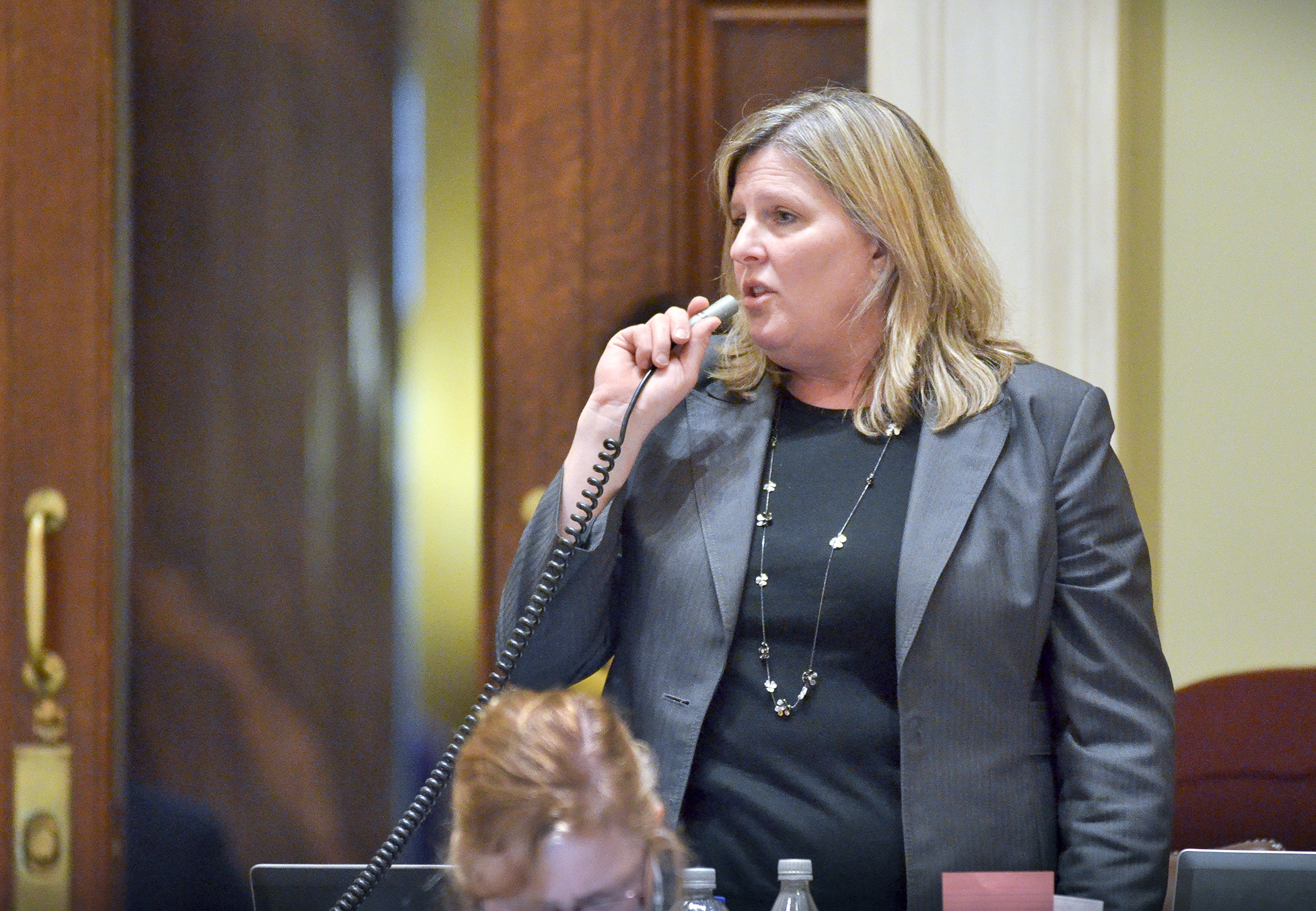 UPDATE: The Senate passed the omnibus tax bill 36-30 Monday, a few minutes before midnight. The bill now goes to the governor for consideration.

There were a few surprise provisions when the omnibus tax bill returned for House final approval early Monday. The funding goals remained constant since the start of session — but the revenue raisers had been tweaked; some projects that were in the defeated bonding bill found their way into the tax bill, as did a possible solution to the anticipated state funding shortfall for the stadium to house the Minnesota Vikings.

A negotiated agreement would produce $2 billion in new revenue over the next biennium. This would come largely through a new tax on the state’s highest earners and other taxes, including an increase on cigarettes and closing of corporate loopholes. The money would go toward DFL priorities of solving the state’s $627 million deficit; paying back some of the money owed to the schools and providing $400 million in property tax relief.

The House passed the bill 69-65. It now moves to the Senate where Sen. Rod Skoe (DFL-Clearbrook) is the sponsor. The bill must be acted upon by Monday, the constitutional deadline for the end of session.

House sponsor, Rep. Ann Lenczewski (DFL-Bloomington), said the new fourth tier rate will raise about $1.2 billion over the next biennium, and will add progressivity to the tax code leading to structural balance in the budget. She said that people don’t like gimmicks and shifts and, even though it was difficult, “we are stepping forward.”

Republicans say the bill heads the state in the wrong direction.

“The bill says the state can spend your money better that you can. … This is not a good bill. We are going in the wrong direction. We should be looking at how we can decrease the tax burden,” said Rep. Kelly Woodard (R-Belle Plaine). “The only good news is hopefully in two years voters will wake up and say we can’t continue to tax and spend, tax and spend.”

The conference committee began meeting days after the bill was passed off the House Floor April 24, and then slogged through a 113-page side-by-side comparison and considered dozens of amendments.

But it was only after the governor and legislative leaders announced on May 16 a global agreement on the amount of revenue needed did the conference committee wheels really begin to turn. Part of the agreement left the House and Senate each $130 million to use on projects or tax expenditures, which included more property tax relief.

Also amended on to the bill is disaster assistance to Worthington and Red Wing that had been included in the failed bonding bill; and funding for design work on a new legislative office building.

(ABOVE: Rep. Ann Lenczewski presents the omnibus tax bill on the House floor May 19. Photo by Andrew VonBank)

The new fourth tier income tax bracket at 9.85 percent was adopted, rather than the 8.84 percent in the original House language.

Republicans have scoffed at the idea all along. On the House floor Sunday, they had stronger words for the new rate.

“We will now have the fourth-highest income tax rate in the country, and when you look how far down the ranks it goes we are second highest. That will have an impact on our economy, especially since we have border states with lower taxes,” said Rep. Bob Barrett (R-Lindstrom).

The House provision to impose a 2 percent surcharge on high-income earners to fully pay down the school shift is not part of the bill. According to Gov. Mark Dayton, money will be allocated this session toward a payment, with the balance paid off during the 2014-2015 biennium.

While new taxes on alcohol have been dropped from the bill, cigarette smokers would pay about $1.60 a pack more — a House position.

There are no new consumer sales taxes proposed. However the so called “Main Street Fairness Act,” would allow Minnesota to collect sales tax on certain Internet sales, if the federal government acts on that issue. A bill was recently passed by the U.S. Senate and awaits consideration in the U.S. House.

Businesses would be asked to pay some new sales taxes on warehousing and storage (not including mini-storage); electronic and commercial equipment repair and maintenance; and through repealing the current sales tax exemption on telecommunications equipment purchases. However, beginning in 2014, businesses would benefit on an upfront exemption from sales tax on capital equipment.

Property tax relief would come in several forms to homeowners.

Most significant is through changes to the Homestead Credit Refund that could increase eligibility. Because of the savings local governments would be experiencing through a new sales tax exemption, a Senate proposal to freeze levy limits for one year, with few exceptions, was adopted.

Additionally, the bill would make changes to the distribution of local government aid through a new formula. Counties and townships would also see an increase in state aid — all in an effort to lower property taxes, supporters say.

After the bill’s Destination Medical Center provisions were agreed to in conference committee, the two conferees from Rochester, DFLer Rep. Kim Norton and Republican Sen. David Senjem, hugged as the other conferees complimented them for their work on the provision brought forward by the City of Rochester and Mayo Clinic.

The nearly $6 billion project aims to make Mayo Clinic more of a worldwide medical destination and improve the Rochester infrastructure. Supporters say this will take a public/private partnership.

The bill allows for a sales tax exemption for construction materials and supplies used for the public infrastructure; lays out a frame for a nonprofit corporation to oversee the project; provides for several local sales tax mechanisms to help fund the infrastructure and allowance for bond funding. The state would contribute no more than $455 million in infrastructure aid during the life of the project but not beyond the year 2049.

When the tax bill left the House, it included Lenczewski’s proposal to tax sports memorabilia, and stadium and arena suites to address the apparent shortfall in electronic pull tab revenue targeted to pay the state’s portion of the stadium to house the Minnesota Vikings. That was dropped and, instead, the governor’s last-minute proposal was adopted.

Effective July 1, 2013, taxes on a pack of cigarettes would rise to $2.52 from the current $1.23 (this is on top of the new excise tax increase). To prevent retailers and wholesalers from stockpiling product before that date, a one-time new cigarette tax would be imposed on current inventories. That is expected to raise $24.5 million, which would go to the General Fund, but used to make the stadium payments.

Additionally, backup revenue, if needed, would come from closing corporate loopholes regarding revenue from sales in the state. That is expected to raise approximately $26 million in the first year and $20 million per year thereafter.