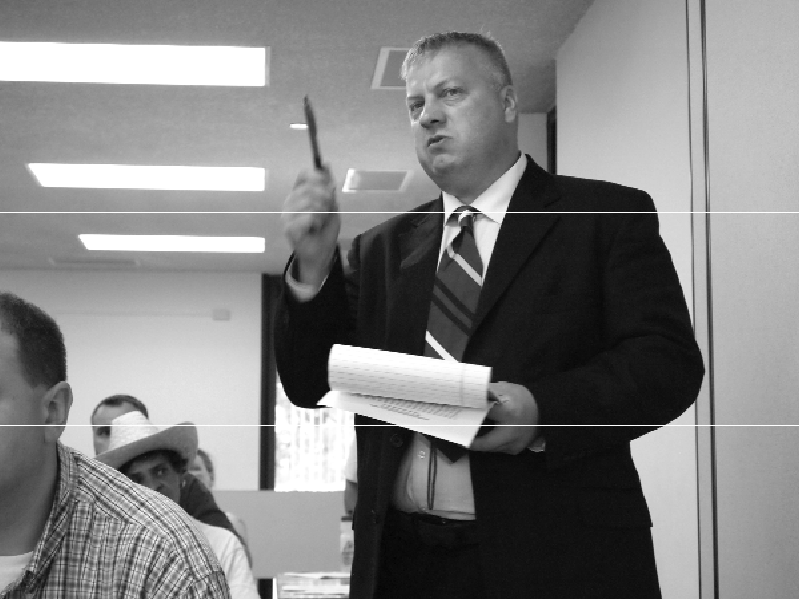 A month after public officials met community members in a heated exchange over Level 3 sex offenders, Hennepin County Commissioner Linda Higgins told NorthNews, “our county folks have finally realized they have someone that will” do the right thing. “There’s a law to pay attention to.”

Information distributed by Jordan Area Community Council (JACC) staff before the meeting, held June 25 at North Regional Library, states that zip codes 55411 and 55412 (North Minneapolis) house 51 individuals, 39.5 percent of the total 129 Level 3 sex offenders in Minneapolis. Level 3’s are those determined to be most likely to re-offend.

Officials at the meeting claimed that the recidivism rate is actually just 1-2 percent because of the intense supervision, check-in, and community awareness that comes with their placement. Later in the meeting, Nelima Sitati of Harrison neighborhood, where one count says 14 offenders live, reminded everyone that her zip code, 55405, is part of North Minneapolis too.

Dave Haddy, a JACC board member, quoted contextual statistics, concluding that sex offenders are being deliberately concentrated into an area where people are most likely to be below the poverty line and where there are many children under age 18. “It’s not accidental, it’s deliberate, constitutes child endangerment, contributes to blight and crime and further decline. We’re asked, ‘What do you consider to be an unfair concentration?’ Well, would you concentrate them in Edina? It does fluctuate, but it never goes down. I demand answers, we demand answers.” 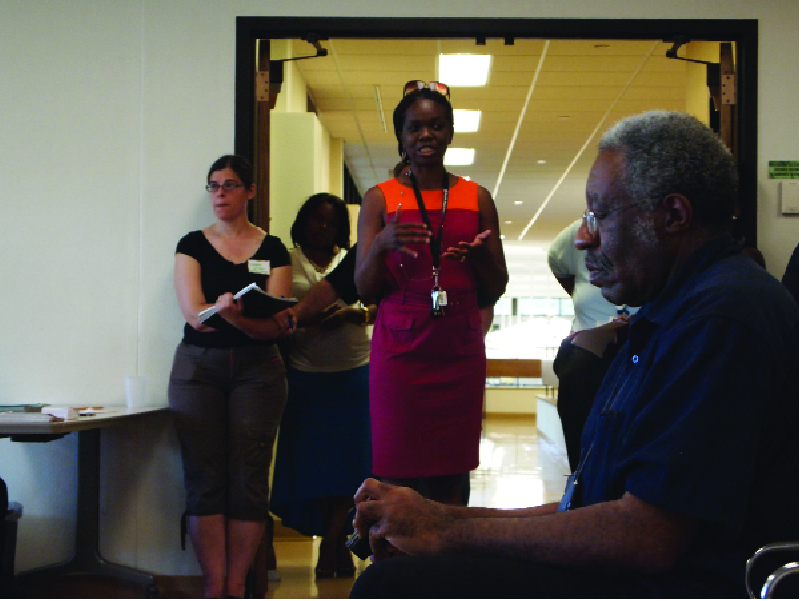 Real estate agent Deb Wagner said there have been housing deals that evaporated when the buyer saw how many sex offenders live nearby. Her husband Dennis Wagner said the next step should be a lawsuit.

John Hoff (photo at right), whose Johnny Northside blog has tracked known Northside-residing criminals and “slummy” landlords, said if they need a plaintiff to initiate a suit, then let’s find them a plaintiff. And “why can’t you tell the homeless to go be homeless somewhere else?”

JACC staff have said that the goal is to deconcentrate so that this particular stigma of North Minneapolis can be alleviated.

John Hinchliff, the City of Minneapolis coordinator who notifies neighbors when a sex offender is moving in, said he is about to retire. He said the sex offender population is highly mobile and there are many homeless, and that 30 to 35 men a day come in to his office to report their whereabouts and deal with various issues. He said his office has stopped having notification meetings because very few people came to them.

Apparently, notification emails still go out, as Higgins said that living in the neighborhood, she receives what everyone else does. Saundra Crump asked, “What is the process of notifying? I’m a block club leader and I get notified if someone gets a cell phone stolen, I don’t get notified if a sex offender moves in?”

A woman from Willard-Hay neighborhood, which tops the list at 17 offenders, said “it’s not okay that we’ve not had a meeting in years.”

There was discussion of why the concentration in North Minneapolis. Some of it is that the corrections system favors offenders returning to places where they had some kind of supportive connection, such as family and employment, as well as access to ongoing treatment, factors that should help them not offend again. Some of it is landlords who have realized they can make more money renting to sex offenders than they can to the general population. One suggestion was to charge them additional fees.

Fifth Ward Council Member and mayoral candidate Don Samuels presented a request for City Council Committee Action from the Department of Civil Rights that he had brought to the Public Safety Committee this spring supporting actions to prevent concentration of sex offenders. The JACC research listed 10 Minnesota cities and towns that have enacted ordinances to address density of sex offender residences.

State Representative Joe Mullery handed out two pages of research he had done on the subject, including that “only the Hennepin County employee can determine the address the offender will live at. The state DOC only determines the county. Nothing stands in the way of Hennepin County complying with the law and providing dispersal of offenders from North Minneapolis. But I’ve never heard of Hennepin doing this.” He later committed to putting in still more time on whether to change the statute or if doing so would “lose what we do have, we could end up worse.”

State Representative Raymond Dehn and Senator Bobby Joe Champion also weighed in, with Champion saying, “Sometimes it’s appropriate to do a lawsuit,” and though he’s a lawyer, said he would talk with someone else about doing a suit pro bono. He recommitted to convening meetings and working with Senate leaders on solutions.

Higgins acknowledged, in recent conversation, that “we still have an obstacle with the state and we’ll fight that fight. But for now, our department is telling the state that anything they send us in North Minneapolis will be refused. We’re going to follow the law. To which they will probably say, ‘Why now?’ But our guys want to do the right thing.”