It was five years ago when Daniel Hertz felt the urgency to transform words bubbling inside him into essays and poems.

“I don’t know where the inspiration was coming from, but it was a very strong feeling coming from deep inside me,” said 56-year-old Hertz, an award-winning teacher and a counselor in the Minneapolis Public Schools. “Words just kept coming, and I just kept writing.”

Those words turned into books over the years, with the second one, “We Are Only Visitors,” published last week. The book is a collection of essays and poems about gratitude, forgiveness, meditation, birth, death and more. It’s a follow-up to “Swami Hari: I am a simple forest monk,” Hertz’s first book, published two years ago and nominated for a 2011 Minnesota Book Award.

During 2008-2009, when he lived in Panama with his wife, Nikki, who found a job there, Hertz decided to write. While Nikki was out working, Hertz said, words descended on him as one essay led to another and one poem emerged after the other, until he abruptly found the pages piling up. Then came the thought of putting them together in a book.

“I was telling people I should put this in a book, and everyone said, ‘Yeah, yeah, yeah. Whatever,’” he said in a recent interview at his south Minneapolis home. “No one really believed me because I wasn’t a writer.”

But the reaction of his friends didn’t stop Hertz from sending the manuscript to a publishing company, CreateSpace Independent Publishing Platform. The publisher agreed to publish the book. “I was like, really!” he said. “It went from nothing to something.”

Hertz said he doesn’t see himself as a writer and “definitely not a poet.” He said the birth of his 2010 book, “Swami Hari: I am a simple forest monk,” may have been induced by a higher power. In the 104-page book of essays and poems, Hertz embarks on a spiritual journey and answers questions about how best to live one’s life. He also sheds light on the Himalayan Yoga Meditation Tradition teachings and the life of Swami Hari, a yogic meditation master in the Himalayan style he befriended during his three-month visit in the Indian Himalayas in 1998 to study yoga.

Swami was poor and had lived in isolation in the sacred Tarkeshwar shrine in the Himalayan foothills for over a decade. 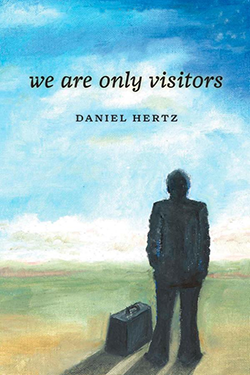 “He had nothing; his pockets were empty,” said Hertz of Swami. “Through these yoga classes, I just got to know him very well. We became very good friends.”

Hertz, who is on the faculty of the Meditation Center in Minneapolis, waved goodbye to Swami in 1998 to relive his normal life in Minnesota. He said he didn’t know he would ever see Swami again.

A few months later, however, the two reunited in Minneapolis when a wealthy man sponsored Swami’s trip to the United States for medical treatment. Thereafter, Swami turned into a world traveler and became a renowned speaker about meditation and spirituality.

“People started coming to see him,” Hertz said. “He started getting invitations. He got money in donations.”

With these donations, Swami built the Swami Rama Institute of Vocational Education and Research (SRIVERM) in Malethi, India, in 2005. SRIVERM, a 30-acre space in the Himalayan foothills, provides social and educational services to the Himalayan communities.

A multimillion-dollar project and the biggest building in the Himalayas, SRIVERM provides K-8 education to about 200 students from 30 poor villages in the Himalayan mountains. It also provides college classes as well as courses in computers, plumbing, electrical writing and other skills.

Swami sustained the school through the donations he received during his travels, Hertz said. Five years ago, however, Swami died and the funding slowed down.

“Then I started writing,” said Hertz, who said he first book has made $20,000. “All profits from the sale of the books go to the school.”

After a successful first book, Hertz embarked on another book project that he hopes will help sustain SRIVERM, though he said he had never dreamed of writing a second book. 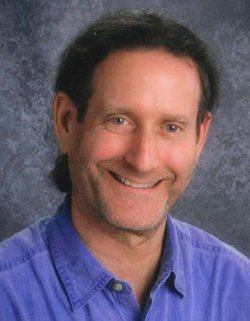 “I had no idea a second book would come out this soon, if at all,” Hertz (right) said. “For several months after my first book, I wasn’t able to write.”

Sometime later, however, words began streaming again—and Hertz kept recording them on the pages, just as he did with the first book. “We Are Only Visitors” was the result of the process.

The book is now available on Amazon for $8.98 in paperback.

The sale of the books will benefit SRIVERM students, including Yashi, Harshi and Suraj, whose smiling faces and words of wisdom are featured in the final pages of the book.

“I am proud to be a part of SRIVERM Public School as I have studied here from kindergarten to 8th grade,” wrote 14-year-old Yashi. “After completing my studies … I would love to serve the school and the children.”

Another student, Harsh, 12, wrote: “I am happy to be studying in our school because I hope to become a useful human being when I go out of this school. I want to see our school growing day by day and for the name of my school to be known all over.”

Hertz, who was selected as preK-12 Educator of the Year by the University of Minnesota’s College of Education Alumni Association in 2004, said it’s gratifying to see his book projects contribute to services provided by SRIVERM and to the poor of the Himalayan community.

“People were thanking me for writing,” he said. “But it’s really me thanking them, Swami Hari and the school, because I wouldn’t have a reason to write otherwise.”