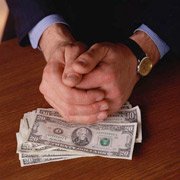 As a newly minted think tank fellow seven years ago, I heard Bob Poole, the libertarian Reason Foundation’s thoughtful and nonpartisan transportation expert, argue in a local luncheon speech that private investment offered the only feasible way out of America’s chronic shortfall in funding roads, bridges, transit and other ways of getting around.

But even conservatives such as Poole weren’t unanimous about this. At about the same time, one of the Minnesota Legislature’s farthest-right members proposed banning toll roads forever in the state, which would seem to eliminate any incentive for private stakes in transportation infrastructure. Not quite, it turns out.

Several Minnesota enterprises have put up money for highway improvements in recent years, according to interesting reporting by Erin Adler in the Star Tribune. The latest, according to her article, is the Shakopee Mdewankanton Sioux Community’s commitment of $1.5 million to add a third lane to a milelong stretch of Hwy. 169 near its Mystic Lake Casino next year. The tribe also fronted $17.5 million for an interchange on 169 in 2005, with the state highway funds later repaying the loan.

Often, cash infusions from private interests or local governments speed up the delivery of highway improvements considered vital for customer access or economic development in the short term but buried deep in the state’s decades-long expansion plans. UnitedHealth Group and the city of Minnetonka ponied up that way for an interchange on 169, and Woodbury did so to get exits serving developments beside Interstate Hwy. 494. On a smaller scale, Interstate Mills funded a left-turn lane on Hwy. 56 near its Dakota County facility.

Now, even President Obama, stymied by congressional conservatives in his repeated calls for more public funding of transportation projects with a proven record of return on investment, signaled his intention to lure nearly $2 trillion in U.S. corporate cash stashed overseas back home to work on roads, bridges and rails.

Most recently, Obama discussed this strategy as a way to head off corporate tax-dodging “inversion” mergers with foreign entities such as Minnesota’s Medronic Inc. plan to move its headquarters to Ireland. He also has launched a separate push for private investment in infrastructure, especially in rural America.

“Institutional investors … tend to look for longer-term investments to match up with their long-term debt obligations, while taking relatively low risk,” Douglas L. Peterson, CEO of McGraw Hill Financial and a public-private partnership advocate, wrote on cnbc.com. “Infrastructure projects tend to fit that profile: regulated markets, long-lived assets with stable demand and little, if any, competition.”

U.S. private investment in surface transportation infrastructure has had a long and checkered history, from the flowering and faltering of streetcar systems in the 20th century to the financial travails of an 85 miles per hour toll road in Texas. Just this week, Nevada officials scrapped plans for privately financing an interstate highway project, which had been championed by the conservative governor. Projected costs had risen too high compared with traditional public bonding, no surprise considering factors such as tax breaks and the profit motive.

Meanwhile, however, there’s a surge in private financing of high-speed rail projects, which I examined more closely in today’s feature article.

I’m not totally sold on any of this, partly because most private money will cherry-pick just a few projects with the greatest profit potential, leaving the vast majority of the nation fighting over government scraps to stay mobile. Besides, nearly every important U.S. transportation advancement—from the Erie Canal to the Transcontinental Railroad to the Interstate Highway System—has been heavily backed with some kind of public subsidy. On the other hand, much of our transportation system, especially congested urban roads, could benefit from more market pricing discipline.

I’m confusing even myself here. What seems both certain and prudent is that our multimodal means of access and mobility will continue to be paid for with a mix of public and private money, and finding the right combination will be a never-ending challenge.