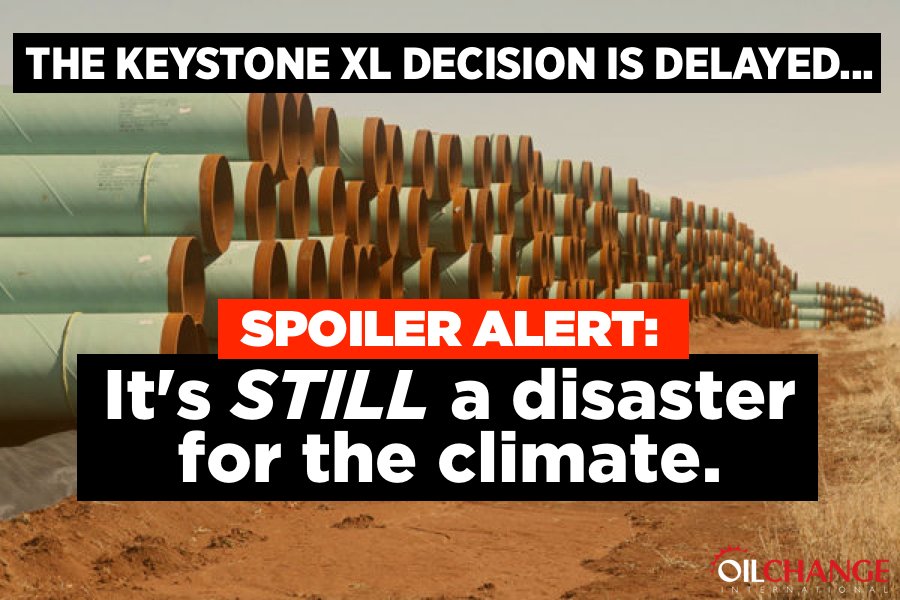 The latest delay is projected to put off the decision until after the November election.

The State Department announced a delay in their Keystone XL review process (Friday), as they wade through 2.5 million public comments, as well as work to get a handle on the fact that thanks to a Nebraska Supreme Court ruling, there is currently no legal route through Nebraska.

This announcement is a good thing, from a climate perspective. Every day that the Keystone XL tar sands pipeline remains unbuilt is a day that it is not pumping hundreds of thousands of barrels of the dirtiest oil on the planet through our heartland to be shipped abroad. That’s a good thing, to be sure.

A really unfortunate thing is that public opinion strongly supports the pipeline. That’s because what little most people know is based on corporate media amplifying fatuous fairy tales about “job creation” and “energy independence.” (You certainly don’t hear from corporate media, including Minnesota’s outlets, that the pipeline would substantially increase gas prices in the Midwest.) But are enough people hung up about it to change their votes, if it is righteously shot down? I doubt it, and it would be unlikely to matter anyway, in 2016.

Anyway, this is from an email I got from 350.org, and I’m passing it along in tribute primarily to the really active activists, but also to anyone that’s done anything at all.

In movement terms, it’s a sweet reminder that when we stand up we win. Three years ago this pipeline was a done deal, and thanks to you it’s come steadily undone. We can’t match Exxon or the Koch Bros with money; we can and have matched them with passion, spirit, creativity, and sacrifice.