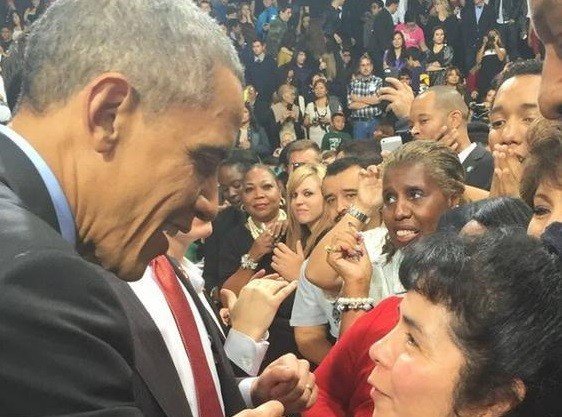 Over past weekends, leaders of statewide nonprofit La Asamblea de Derechos Civiles have been gathering at local churches, meeting with the community, discussing the impacts of President Obama’s recently announced immigration relief.

President Obama recently announced immigration relief for over five-million undocumented immigrants. The fight continues, however, and so does the work of groups such as ours.

Antonia Alvarez, Asamblea co-founder and organizer, explains “The President’s announcement gives with one hand, but it also takes with the other hand. It is a victory, but there are more victories to be had.”

Asamblea’s platform is one of Emancipation, the Emancipation of all immigrant peoples. Its tenets are:

While Asamblea leaders and leaders continue to fight for comprehensive immigration reform and pathway to citizenship, its leaders also believe all immigrant communities must have access to the education, jobs, and resources they need to thrive in this state and in this country. For example, a proposed Minnesota law wants to give driver’s licenses to undocumented immigrants, but the law would also require all licenses to note the holder’s immigration status. Asamblea leaders are also organizing for a more equitable Cedar Ave. Bus Rapid transit development line so that those who take the line can better travel between work, school, and home.

Antonia says, “the Latino community, and our allies, must stay vigilant. There is so much more work to do, for comprehensive immigration reform and a pathway to citizenship, for worker’s justice, for increased civic engagement, and so much more. There is much work to do as we fight for the Emancipation of all immigrant peoples. Our work does not end with the President’s actions, our work only continues.”

La Asamblea de Derechos Civiles is a statewide, faith-based non-profit organization which organizes immigrants from predominantly Latino congregations to build power for changes in the immigration system and the underlying political and economic structures behind it.

For more information or to get involved with Asamblea, please visit us at www.asamblea-mn.org or email us at info@asamblea-mn.org.

Asamblea leaders and faith communities have gathered to discuss the ramifications of the President's recent Executive Order.

Local immigration lawyers have joined Asamblea leaders to discus the impact of the Executive Order on undocumented communities.

Asamblea co-founder and organizer Antonia Alvarez had a chance to meet the President following his announcement in Nevada.