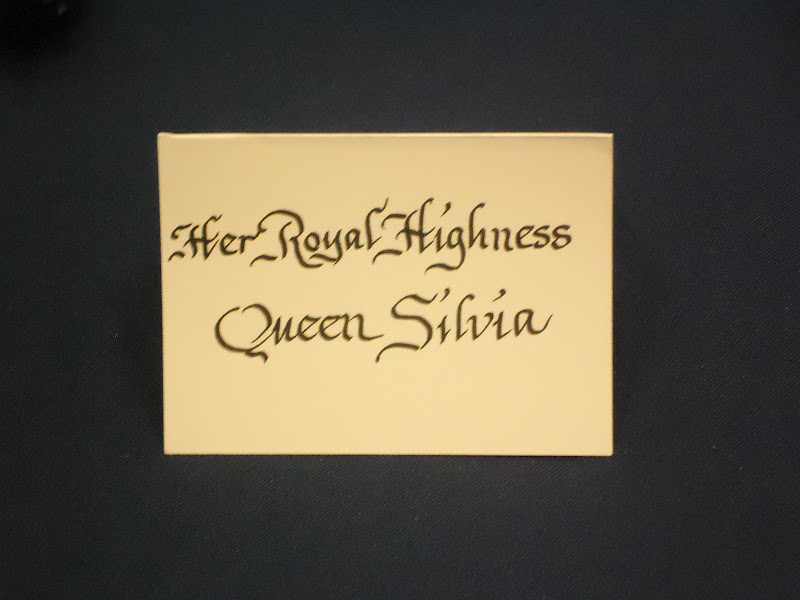 Like most Swedophiles I get pretty excited when it comes to Swedish Royalty. While American culture produces a gross aristocracy (Hello Kardashians, autotuned “artists,” Honey Boo Boo, the entire cast of every Bravo Housewives franchise ever produced, and professional athletes), other countries indulge in venerable rites of etiquette and decorum. Admittedly, birth-righted crowns come with their own set of controversies, but sometimes an American girl just wants to sit back and pretend that somewhere, somehow, Cinderella exists.

When the announcement was made that King Carl XVI Gustaf and Queen Silvia would be popping into the Twin Cities to formally dedicate American Swedish Institute’s Nelson Cultural Center and to celebrate 150 years since the founding of Gustavus Adolphus College, I immediately wondered, “What will I wear?”

Last night culminated three days of activities for Their Majesties including tours and speeches, informal fika and ceremonial dinners. We volunteers met early at the Minneapolis Hilton to prep for the nearly 900 guests who were eager to spend an evening with the King and Queen. For hours we greeted and cajoled, checked IDs, double-checked seating charts, and drank in this once-in-a-lifetime gala. Dignitaries mingled with commoners. Minnesotans clinked cocktails glasses with out-of-staters and Swedes, “Skol!”

Once guests were seated in the dining hall, volunteers lined the hallway and awaited the entrance of Their Majesties. Next to me were a few young college girls. “I feel like I am in an episode of Upstairs, Downstairs,” I told them. Their stares were blank. “You know, the BBC show. On PBS.” Still nothing. “Downton Abbey?” (I hope Big Bird isn’t the only recognizable and beloved Public Broadcasting personality.)

At the end of the line were a half dozen Swedish photographers and press, flash testing and speaking to one another in hushed Svenska. The PR representatives walked up and down our ranks, conferring with unknown voices over Bluetooths and jotting important notes on their clipboards. The Swedish Secret Service looked ominous and unapproachable.

We stood forever, complaining about our uncomfortable shoes and telling stories about previous Royal visits. We speculated about what Queen Silvia would wear. “Last night she wore a floor length shocking pink gown,” one woman, a guest at the prior night’s event, informed us. “Beautiful.”

We were reminded, again, of royal protocol. “Do not speak unless you are first spoken to. Do not approach or try to touch. If spoken to, refer to either King or Queen as Your Majesty. No photos. Smile!”

When the entourage appeared I stood a little straighter, tummy in chest out. King Carl walked several paces in front of the group. He was austere and unsmiling, but regal. As he passed, he looked each of us in the eye. This acknowledgement was his greeting. I wondered how tiresome it must be to live a life of unrelenting rules.

I spotted Queen Silvia with a companion. In her royal blue cocktail suit she appeared to be so tiny, much more petite than I imagined, and softer; almost vulnerable. She smiled warmly at each volunteer, ever so slightly tilting her head. As she walked by the girls standing next to me we heard her gentle voice, “Look at all of those beautiful Gustavus girls.”

I’ve always admired Queen Silvia especially for her advocacy of children and human rights. But at that moment I fell in love with her. Years from now those lovely college girls will remember last night, and they will tell their grandchildren about the evening that Queen Silvia called them beautiful. You can keep your Will and Kate. I’ve got Queen Silvia.

Outside of the hotel I waited for T, my own Prince, to arrive and sweep me away. An endless row of Escalades unloaded players from the Minnesota Vikings who were arriving for a pre-game night of meetings and sleep. It was not lost on this Packer fan how ironic it was for the team named for the most Swedish of all the United States to be in the presence of Swedish Royalty.

Note: cameras and royalty do not mix in polite company. But I did manage to take a few photos before guests arrived. 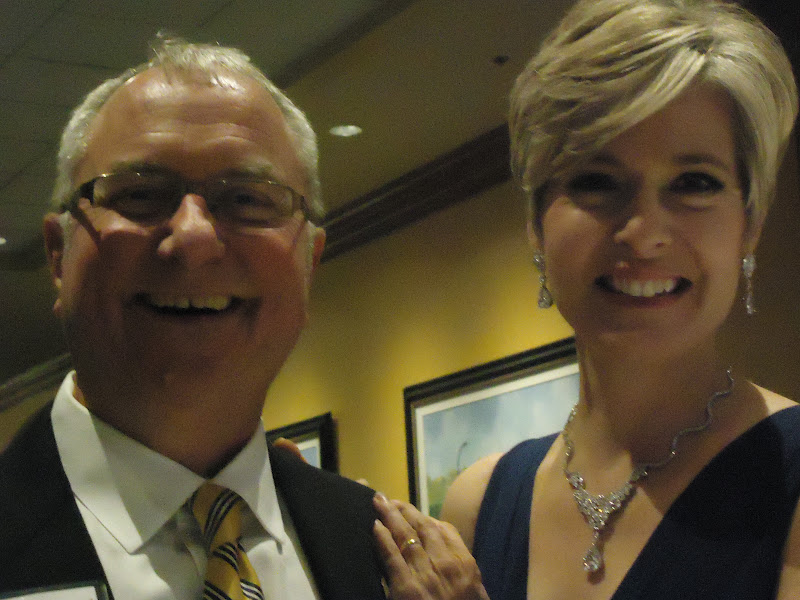 Cathy Wurzer sought out Gregg White, ASI language extraordinaire, for pronunciation assistance as she made last minute notes in her MC-script. 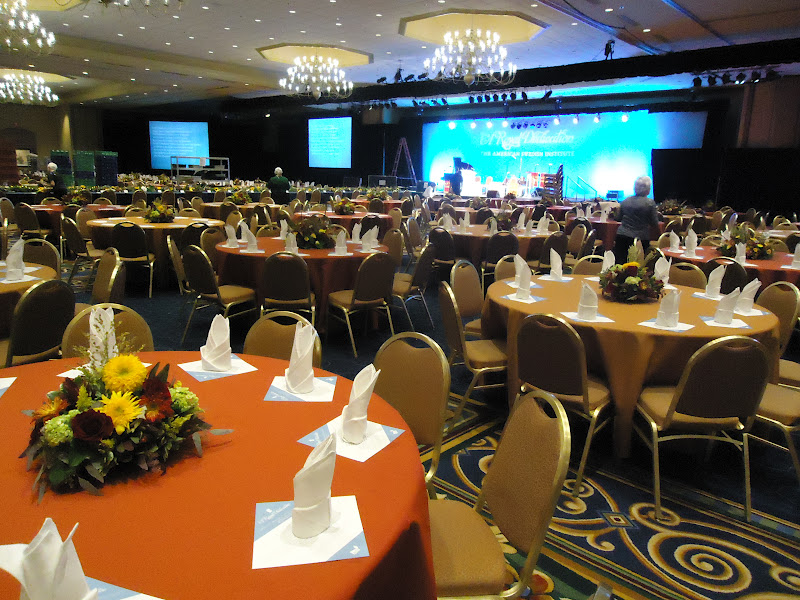 Preparations in the dining hall hours before dinner. 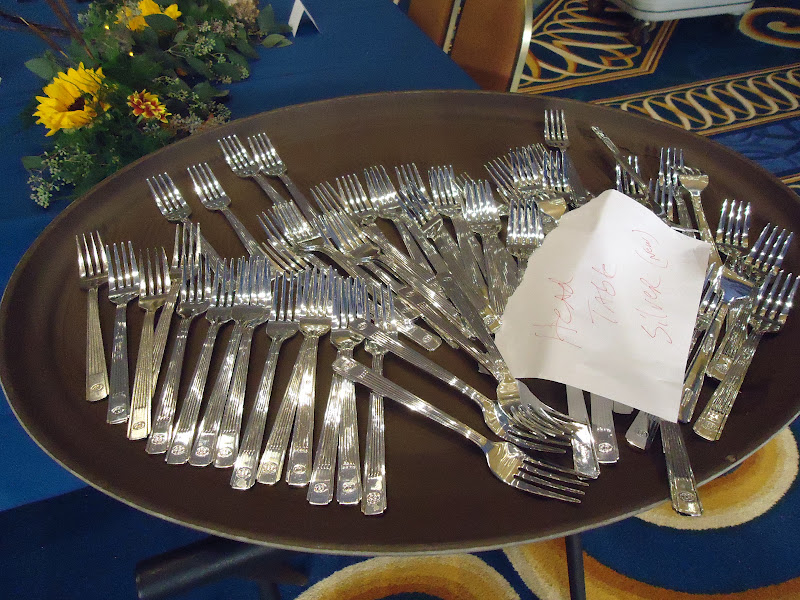 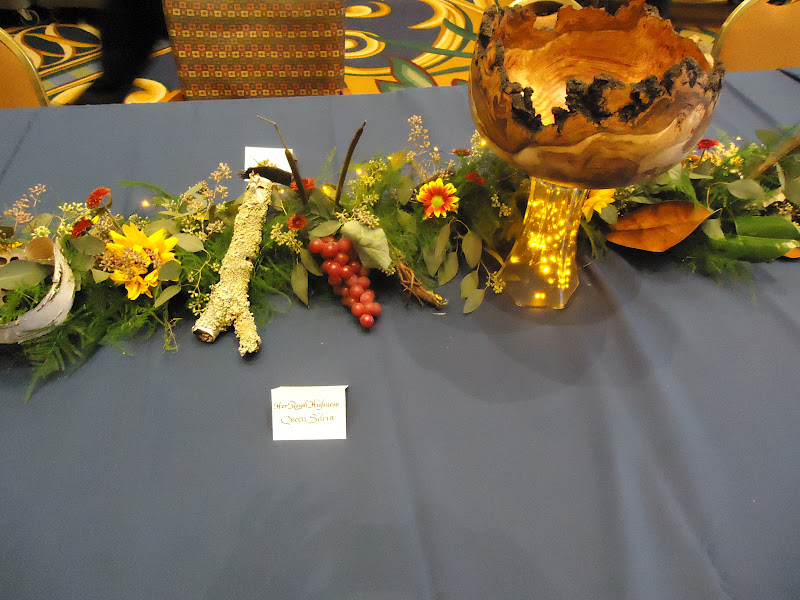 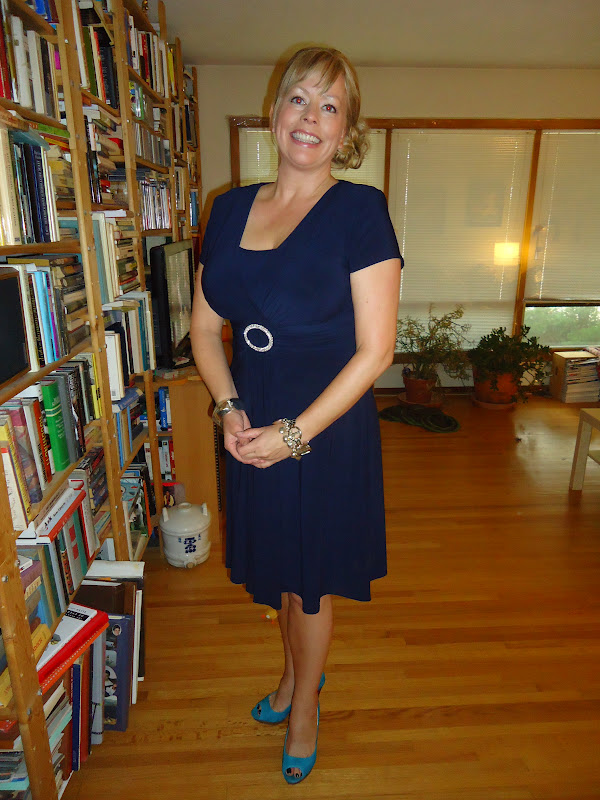