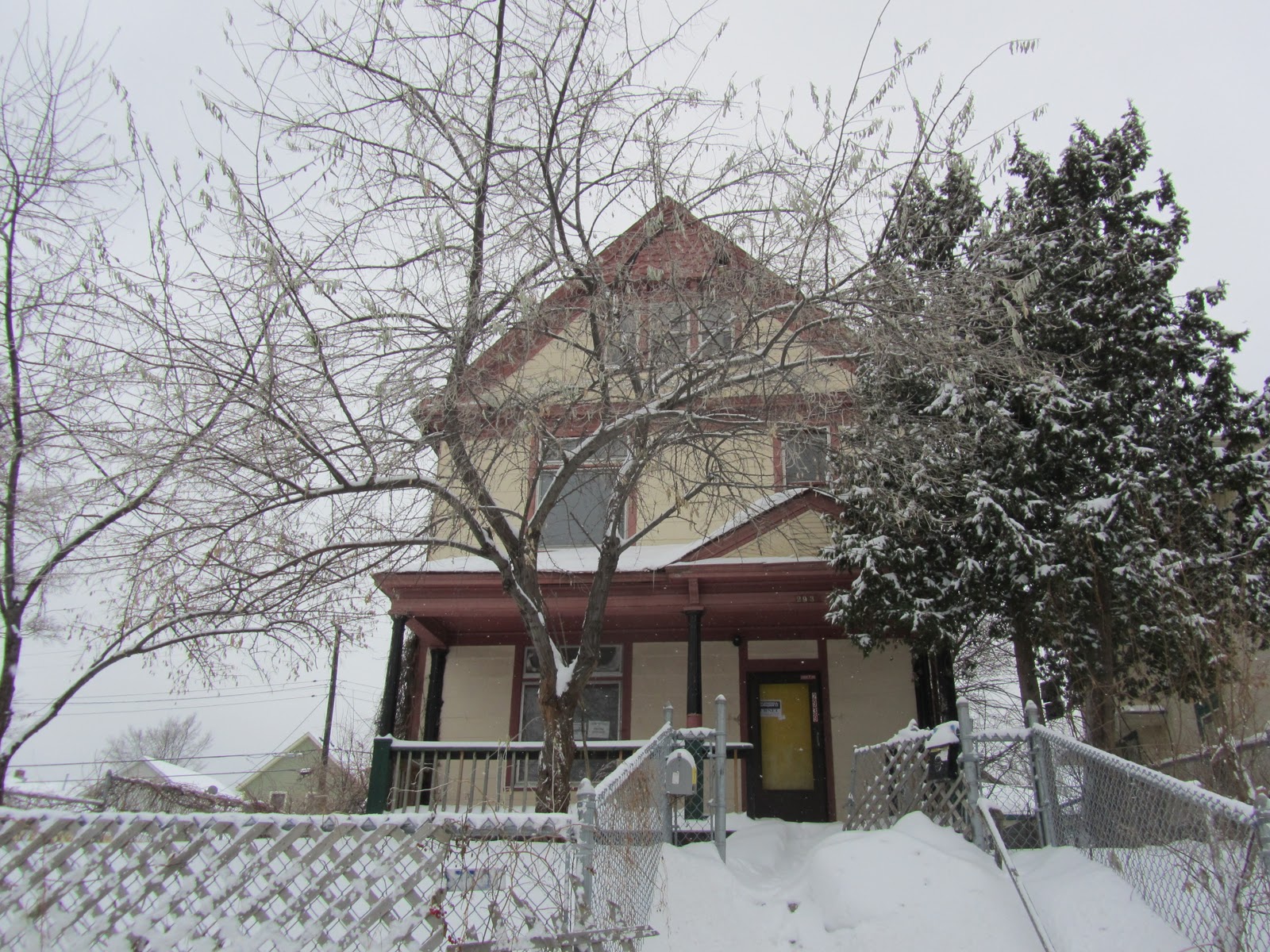 In April of this year, the National Fair Housing Alliance (NFHA) released a study entitled “Here Comes the Bank, There Goes Our Neighborhood.”

That report details significant differences between White, African-American, and Latino neighborhoods when it comes to how homes are maintained, marketed, and resold after a foreclosure.  Research focused on metropolitan areas of Conneticut, Ohio, Maryland, and Virginia, but by all appearances could easily indicate similar patterns in Minneapolis.  Now this may come as a shock to you, but foreclosed properties in White neighborhoods were more likely to have well-maintained lawns, better curb appeal, secured entrances, and professional sales marketing.  Similar Real Estate Owned (REO) properties in Black or Latino neighborhoods were more likely to be poorly maintained, unsecured, and look vacant or abandoned.  Care to hazard a guess as to which houses sold faster and for more money?

Where this bumps up against legal statutes is with the federal Fair Housing Act, which states that banks and servicers must maintain and sell properties they own without regard to the race of residents living in the area.  If a bank fails to maintain and market homes equally in White or Minority neighborhoods, they are at risk of violating civil rights laws.  Different treatment in such neighborhoods damages those communities, prevents stabilization and economic recovery, and even harms investors by depressing property values.

Even minor discrepancies with race as a factor can be violations of the Fair Housing Act.  If a landlord rents to a White tenant at $800 per month, but charges Black or Latino tenants $850 for the same kind of unit, that $50 difference constitutes a civil rights violation.  Imagine what happens when one considers the disparate impact of foreclosures on communities of color:  The Center for Responsible Lending estimates that between 2009 and 2012, African-American communities will lose $194 billion and Latino communities will lose $177 billion due to the depreciation of home values of properties near foreclosures.  This isn’t even equity lost by victims of foreclosure; this is diminished values to the people who are left.

The department of Housing and Urban Development (HUD) makes it clear that “failing or delaying maintenance or repairs of sale or rental dwellings because of race” is a prohibited act.  Moreover, it is unlawful to “make unavailable or deny” housing to any person because of race.  If the poor maintenance or marketing of an REO property in a minority neighborhood makes it difficult for a purchaser to obtain a mortgage, then the bank, servicer, or listing agent has made the housing unavailable.

The house pictured above is 2939 Lyndale Avenue North.  This house was listed for sale last winter, and the city intended to purchase it for the purpose of demolition and land banking.  The house was – and still is, thankfully – an absolute gem.  But while the house was marketed, the steps were never shoveled.  Gutters and spouts were in obvious need of repair, the house did not have a typical “for sale” sign out front, and both signs in windows and boarded apertures made it clear the home was vacant. 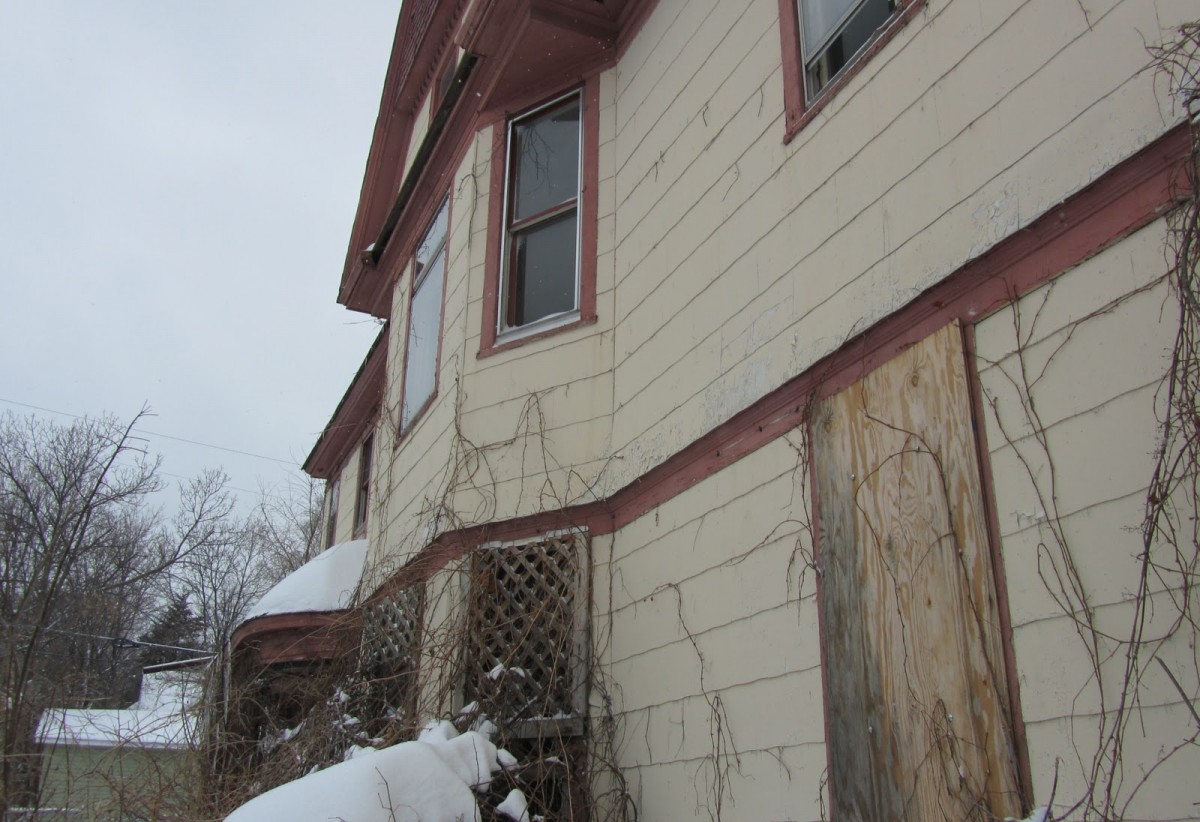 The way this house was (not) maintained and (not) marketed is quite typical for properties in 55411 and 55412.  Fortunately in this case, the Hawthorne board recognized this home’s potential and advised the city to refrain from purchasing for the purpose of demolition.  Other houses aren’t so lucky.

The curb appeal of a house is one of the most important elements that attracts a buyer to a property.  And in the digital age, buyers “drive by” multiple properties via online searches long before they even contact a Realtor.  Many if not most foreclosed houses listed for sale in Hawthorne are both poorly maintained and have sparse, unappealing photos.  The study elaborates:

“A bank’s failure to adequately maintain a property may be related to an inaccurate perception of the house’s actual value and is also often related to the false belief that an REO in a distressed neighborhood is not worthy of financial investment…Moreover, deferring maintenance on properties in distressed neighborhoods virtually guarantees that the property will remain on the market for a longer time. The bank will lose even more money, the neighborhood will suffer with a blighted home and the local government will lose tax revenue.”

The signage was different in African-American homes as well.  In many White communities, it was difficult to tell the difference between a bank-owned property and a traditional sale; they were marketed almost identically.  In minority neighborhoods, foreclosed houses were often marketed as distressed properties, with “Bank Owned,” “Real Estate Auction,” or “Foreclosure” signs posted without the ubiquitous Realtor lawn sign.  “No Trespassing,” “Vacant,” and “This Property Has Been Winterized” signs were also more prominently displayed in African-American and Latino neighborhoods.

While the data did not cover Minneapolis at all, I think it’s fair to say that we know conditions here aren’t markedly better.  So the obvious question arises:  What do we do about it?  My knee-jerk reaction is to do a similar study here (only a true policy wonk looks at something as outrageous as this and says, “Knee-jerk reaction!  Do a study!”), find the worst offenders, and sue the pants off of them.  A more nuanced approach will be presented in an upcoming post. 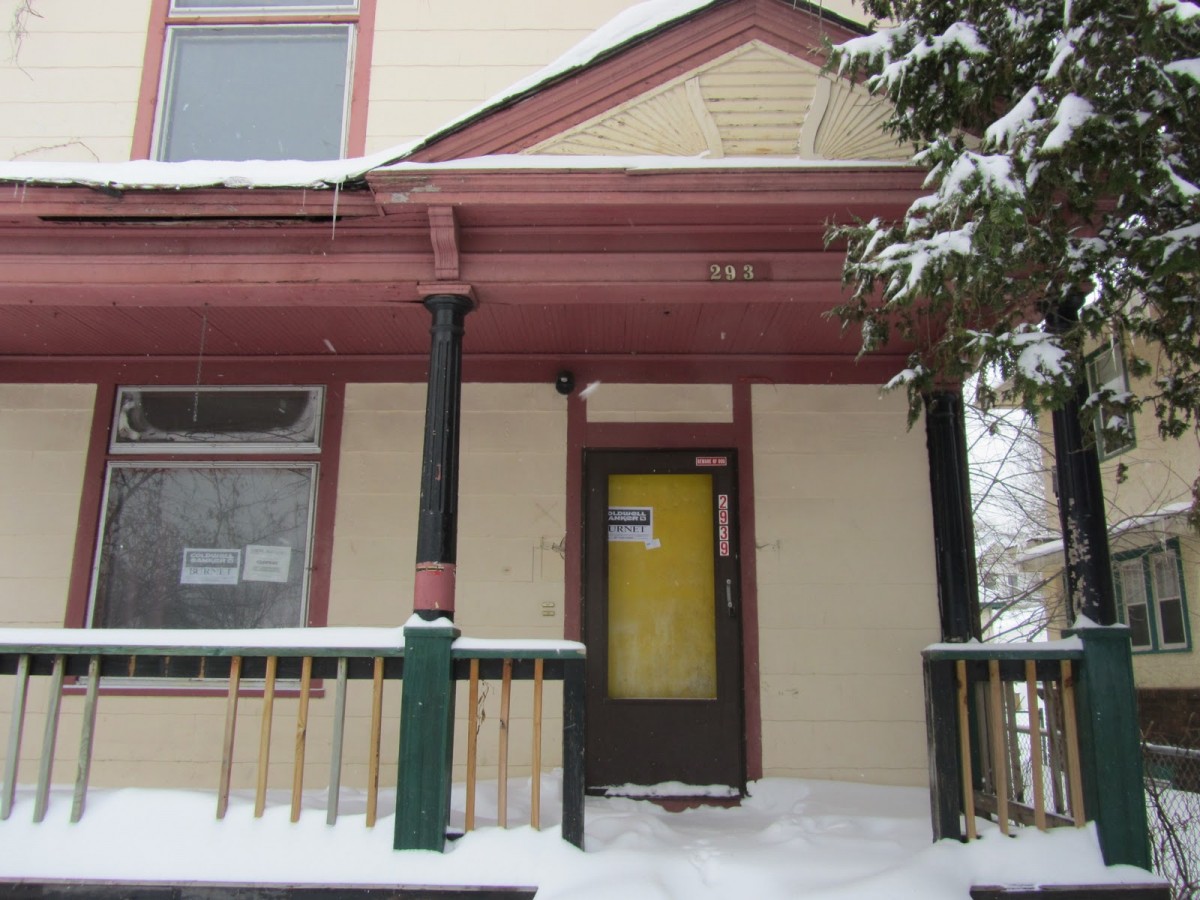 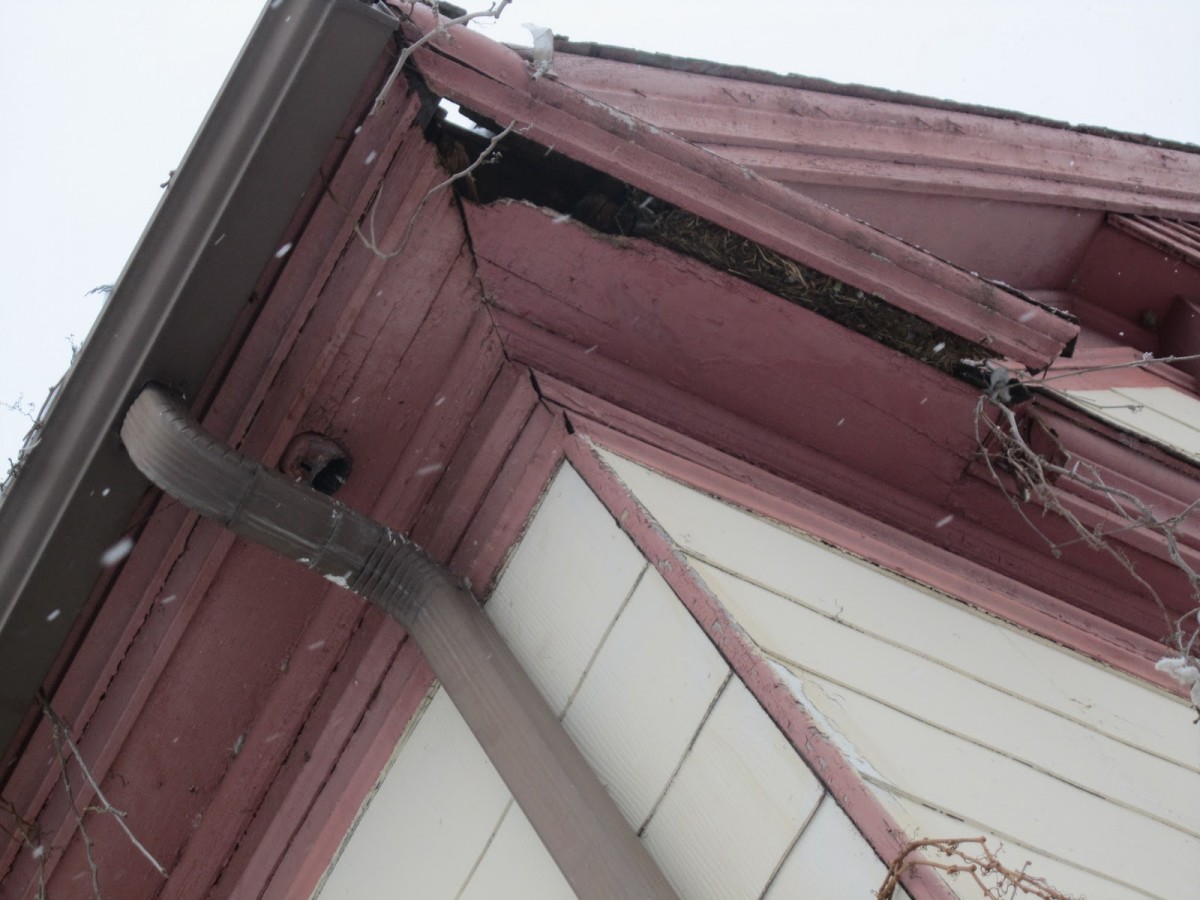 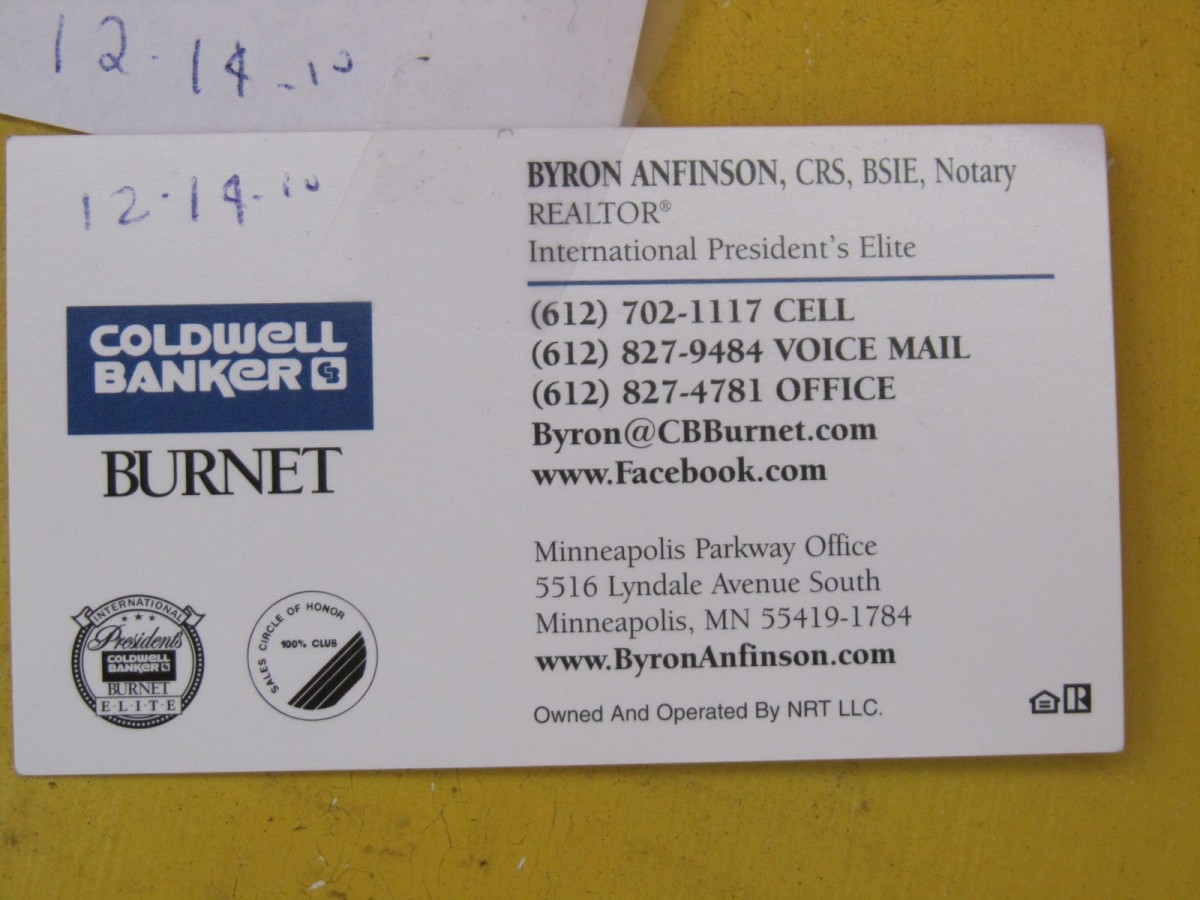