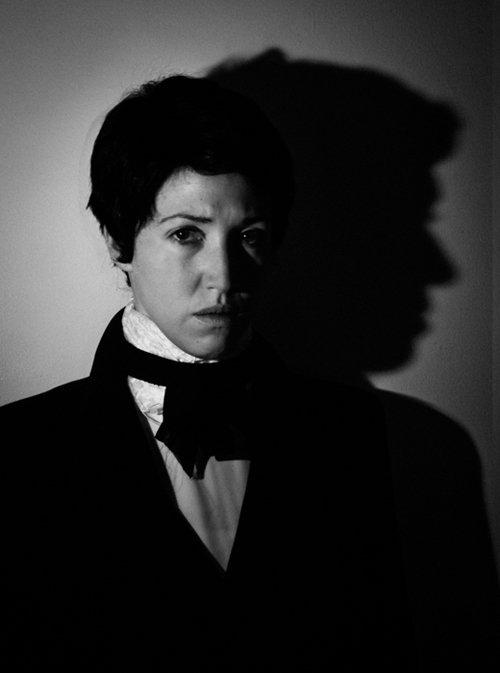 CAVEAT: I have not worked closely with either Nick Ryan or Katie Hartman, but we’ve been working in the same places and in similar styles long enough to have more than a passing familiarity with each other.

We are Katie Hartman and Nick Ryan of The Coldharts. We are theatre artists who trained in Minneapolis, and are now based in Brooklyn, New York. Nick is a playwright and improvisor and Katie is an actress, singer and songwriter; with our powers combined, we creat physically-based, historically-inspired, music-theatre. “The Legend of White Woman Creek” was our first collaboration together, and created specifically for the first Twin Cities Horror Festival. This summer we had the pleasure of touring “The Legend of White WOman Creek” to Fringe Festivals in Kansas City, Minneapolis, and Edmonton, ALberta, where the Edmonton journal called it “an absolute triumph of music, production and mischievous willingness to unnerve.”

Well, what could be spookier than the Master of the Macabre as a pre-teen? “Edgar Allan” Is the story of a clever little boy with an opportunity to reinvent himself at a new school. There is just one complication: another boy is just as clever.

Edgar Allan? Wait a minute — that sounds kind of like Edgar Allan Poe. Just who do you think you’re fooling?

No one! “Edgar Allan” is about Edgar Allan Poe. For the first three lustrums of his life (that’s 15 years in Poe-speak) he went by the surname of his guardians, the Allans. “Edgar Allan” focuses on the author as a precocious eleven year old boy at a boarding school in England. We wanted to explore what Edgar might have been like as a boy, and where he might have drawn inspiration from for his later tales of terror. English boarding schools are often synonymous with society and gentle breeding, but in the early 19th century, they were more Lord of the Flies than Harry Potter.

Katie: I have a very intense love-hate relationship with snakes.

Nick: I have an irrational fear of pet dogs. I’m pretty certain they snap from time to time and rip out the nearest throat.