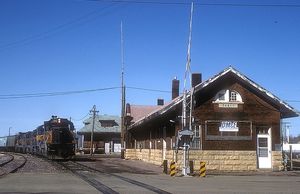 The Associated Press and other news services are reporting Canadian Pacific gauging interest in railroad tracks. From the Albert Lea Tribune:

Canadian Pacific Railway is looking into the possibility of selling 660 miles of track in South Dakota and three surrounding states, the railroad said Tuesday.

The announcement came a day after CP said it was mothballing plans to extend its Dakota, Minnesota & Eastern Railroad network into the Powder River Basin to ship Wyoming coal to power plants in other states because of weakening demand for coal. . . .

CP in 2007 bought 2,500 miles of track and equipment from South Dakota-based DM&E and its subsidiaries for $1.5 billion. CP said in a Tuesday statement that it is “inviting expressions of interest” for track from Tracy, Minn., into South Dakota, and into Nebraska and Wyoming. The track is described as the “DM&E west end.” 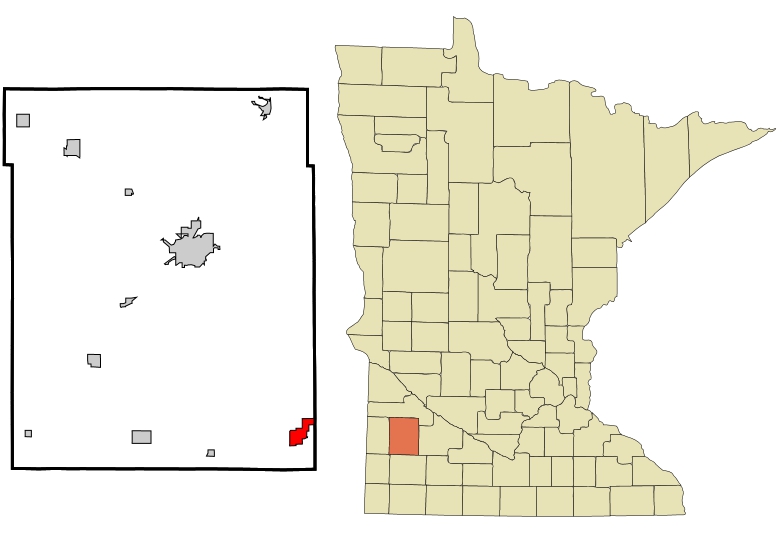 It’s no surprise to Bluestem that CP would opt to keep tracks in Minnesota east of Tracy, since the retained line is close to potential frac sand mines in Southeastern Minnesota and the middle corridor of the Minnesota River Valley. A large frac sand mining and processing center near St. Charles, for example, is near the old DM&E line.

The now-abandoned proposal to extend the tracks into Wyoming’s Powder River Basin was deeply controversial in the Rochester area, where the Mayo Clinic and other civic powerhouses objected to the possibility of long coal trains rumbling past the medical complex. Others objected to the large federal loans the DM & E requested for the extension and upgrades. The conflict proved a major factor in the defeat of six-term Representative Gil Gutknecht by insurgent Mankato Democrat Tim Walz.

Canadian Pacific Railway Ltd. is slashing close to a quarter of its work force over four years, as recently arrived CEO Hunter Harrison aggressively carves out costs to create a more competitive railway.

Approximately 1,700 jobs will be eliminated by year’s end through layoffs, attrition and the use of fewer contract positions, with up to a total of 4,500 jobs by 2016 – about 23 per cent of the current 19,500 employees and contractors.

The job cuts are the centrepiece of a sweeping restructuring plan that aims to change CP’s reputation as one of North America’s least-efficient railroads. U.S. hedge fund manager Bill Ackman and his company, Pershing Square Capital Management, won a fiercely contested battle this spring to gain control on the railway’s board and install Mr. Harrison, a highly regarded railway manager, as its new chief executive officer. . . .

Canadian Pacific (TSX:CP) (NYSE:CP) today announced its intention to explore strategic options for its main line track from Tracy, MN west into South Dakota, Nebraska and Wyoming and is inviting expressions of interest from prospective partners.

The line includes approximately 660 miles of track which encompasses CP’s current operations between Tracy, MN and Rapid City, SD, north of Rapid City to Colony, WY, south of Rapid City to Dakota Jct., NE and connecting branchlines. CP has operated the rail line in this area since it assumed operational control of the Dakota, Minnesota & Eastern (DM&E) railroad in 2008. A number of grain, ethanol, clay and merchandise customers are rail-served in the area.

“This portion of the CP network would be an attractive and highly viable opportunity for a low-cost operator. There is a strong long-term franchise here for an operator willing to maintain high quality service and explore growth opportunities with existing and future customers,” said E. Hunter Harrison, President and Chief Executive Officer. “CP has successfully built many partnerships with shortline and Class 1 railroads throughout its system and we look forward to assessing the ways interested parties could work together with us to deliver quality service to customers on the west end of the DM&E through an innovative partnership.”

“CP will continue to fully serve customers along this rail line as we work with interested parties and evaluate proposals. We have undertaken similar reviews on other portions on our network in the past that have resulted in positive outcomes for shippers, employees, and operators,’’ added Harrison.