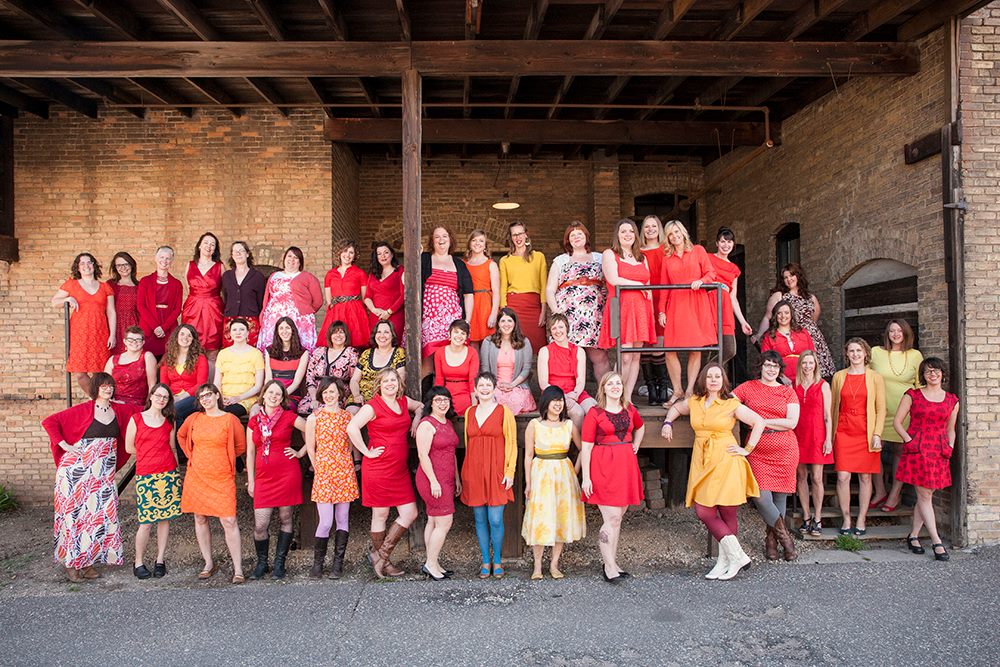 The women of the Prairie Fire Lady Choir

UPDATED 12/6/2013 • It’s hard to find time to pursue your hobbies when you have a job and a family as well, but the women of the Prairie Fire Lady Choir do just that. In 2010 Annette Schiebout had not been in a choir since college and was looking for a place to sing again. With a group of like-minded women, she became part of the original Prairie Fire Lady Choir.

“We all wanted to be rock stars, but knew we couldn’t pursue that,” Schiebout said. The group started small, meeting in each other’s living rooms to rehearse at first. Their first performance was on the Mississippi Megalops, as part of the May 2011 Northern Spark Festival. In the spring of 2012, the Prairie Fire Lady Choir hosted open auditions which led to the choir almost tripling in size. Today, the choir has more than 45 active members and performs at venues and events all over the Twin Cities.

Schiebout said that she has loved the opportunity to perform at “so many stages in the Twin Cities.” The choir also took part in “Absolutely Cuckoo: Minnesota Covers the ’69 Love Songs,” and Schiebout said that their performance at First Avenue as a part of that series was among her most memorable moments with the choir. The Prairie Fire Lady Choir truly has been on every stage, from performing the national anthem at Lynx games to marching in the Twin Cities’ Pride Parade.

The Prairie Fire Lady Choir is a non-profit organization, and is fiscally sponsored by Springboard for the Arts. In addition, the members of the choir formed the Red Hot Coals committee to lead and manage the choir. The choir also works with businesses in the Twin Cities, such as Bibelot Shops, to secure sponsorship for the choir.

The choir uses a democratic process in determining which songs to sing. There is a designated time for song pitching, where any member of the choir can suggest a piece, and the women will vote on which ones they want to perform. The Prairie Fire Lady Choir tries to vary their repertoire, performing pieces of all genres and frequently creating song mash-ups that span several decades. One example is their piece “Enter Mr. Sandman,” which is a blend of the 1950s song “Mr. Sandman” and the Metallica song “Enter Sandman.”

Schiebout said that the choir has far exceeded her expectations. She was looking for a place to sing with friends. She found a “network of incredibly talented women who have collectively built a choir.” That choir is now a fixture in the Twin Cities community. The Prairie Fire Lady Choir’s final show of the season was December 4 at the Cedar Cultural Center.