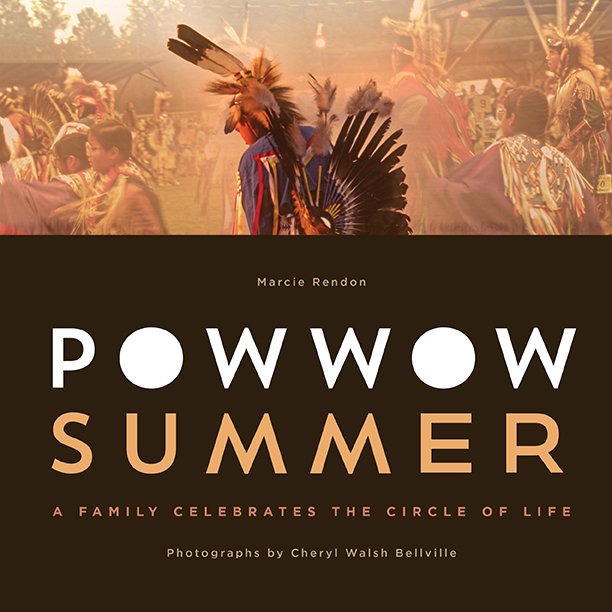 When I was growing up as a white middle-class Minnesota kid in the 80s, there was no shortage of books about children from other cultures. The general message was that though superficial details varied—dress, food, whether Santa came on Christmas Eve or Christmas Day—but fundamentally we were all the same. Call it the “Small World” model of cultural variation.

Obviously the world is a lot more complex than that, and yet it remains important to show kids (and the rest of us) some of the fundamental similarities among us all. Marcie Rendon’s Powwow Summer is an accessible but gently nuanced introduction to the powwow tradition as celebrated by the Anishinaabe. The book, recommended for ages 8 to 12, was originally published in 1996 and has now been republished in an affordable paperback edition by the Minnesota Historical Society Press.

Rendon’s text, accompanied by Cheryl Walsh Bellville’s photographs, introduces us to the Downwind family as they prepare for the Leech Lake Memorial Day powwow. We learn why the Anishinaabe dance, how children are incorporated into the celebration, and how various tribes come together. Along the way, mention is made of challenges such as illness (specifically, diabetes, “a disease that many Native people live with because we were not used to eating the starchy, sugary foods that non-Native people brought to our land”) and the occasional need for foster care.

Happily back in print, Powwow Summer would be an excellent book to add to children’s collections in libraries, schools, and homes across Minnesota.