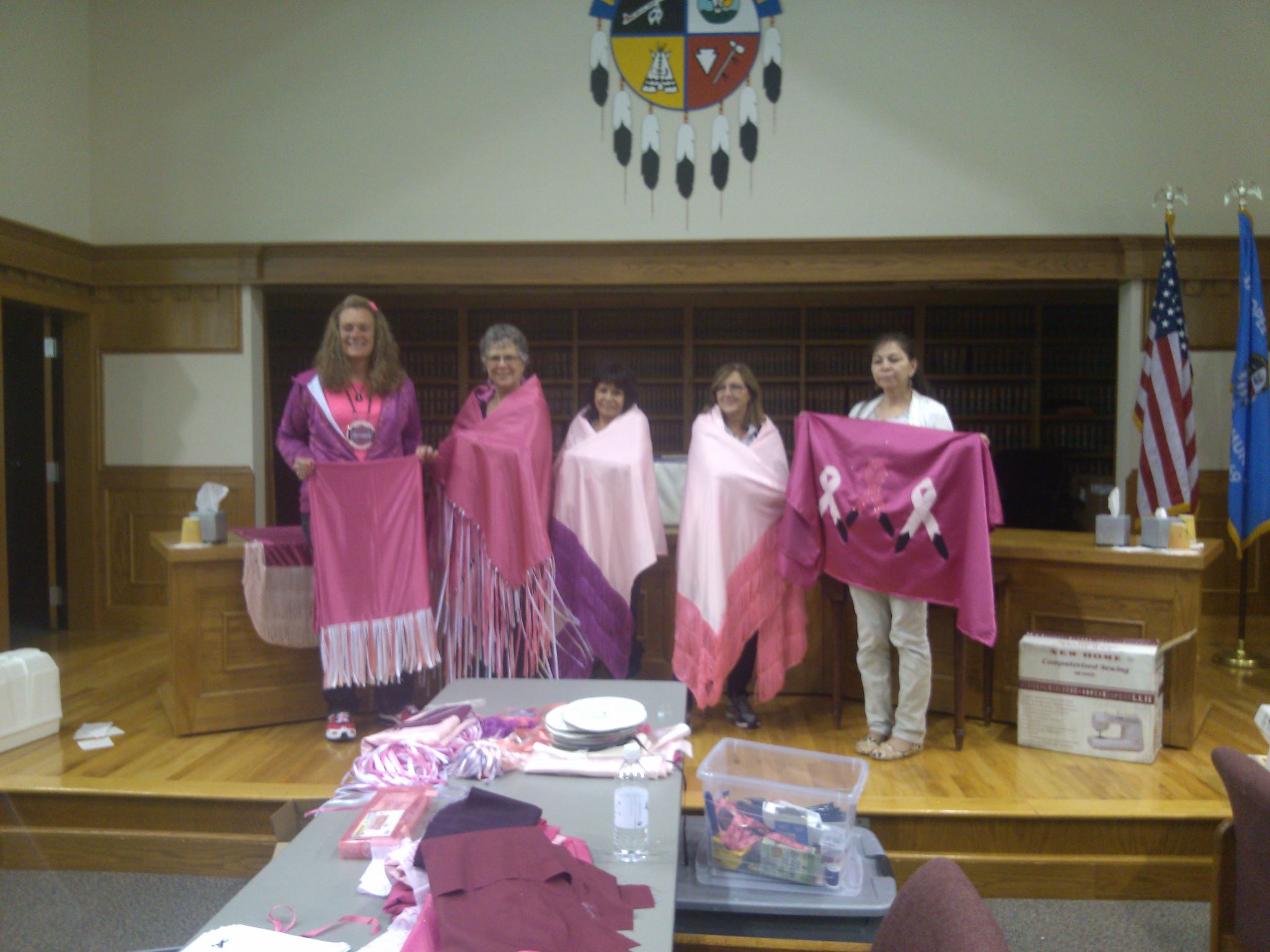 In October of 2008, Michael Dahl learned that his mother had been diagnosed with stage four bone cancer. Within a month it was stage five. Then, in December, just two months after her diagnosis, Denise “Mashkowizii Gabowiik” Dahl passed away.

The next summer, Dahl and his siblings joined Relay for Life, hoping to raise money for cancer awareness and to help them heal after their recent loss. But during the survivor’s walk, the part of the relay where cancer survivors march together in celebration, Dahl noticed there were no American Indian participants. This surprised Dahl, since he could personally think of dozens of Native Americans who had died, been diagnosed, or in some way had been affected by cancer.

So, Dahl went to the American Indian Cancer Foundation (AICAF) with the idea of expanding cancer awareness in the Native community and from it Powwow for Hope was born.

“We are changing the story of cancer in Indian Country,” said Kris Rhodes, Executive Director of AICAF. “Cancer has become the leading cause of death for Native people, and our communities want to turn that around.”

This is AICAF’s second year putting on the Powwow for Hope with the help of several other community organizations, such as the Division of Indian Work, the Native American Community Clinic, the American Indian Family Center, and St. Paul’s American Indian Magnet School.

The event, which took place on May 4, is meant to help raise cancer awareness among Native Americans, as well as promoting outreach and education on cancer screenings, said Rhodes. “If you screen for cancer on a regular basis, you can find it when it’s easier to treat and cure.”

A portion of the money raised by the event is also going toward a cancer survivor support group started from last year’s powwow, as well as special housing called Spirit Lodges, said Rhodes. The housing is for family members near cancer centers in major urban areas, she said.

“A lot of times when an American Indian person gets cancer they have to travel long distances to get to cancer treatment, and their family has a hard time finding places to stay,” said Rhodes. “So, we’re really wanting to support families to be able to stay together and stay strong during a cancer treatment.”

The event also celebrated survivors. Laura Keys ran the Pink Shawls Project at the powwow, where she and a group of women handed out pink shawls they made to survivors at the event — a way to visually celebrate their victory over cancer as well as raise awareness for breast cancer in the Native community, said Keys.

“American Indian women have the lowest rates for getting mammograms,” said Keys. “So, I think this is the perfect place to raise that awareness and bring attention to this huge disparity that our community is facing.”

Participants in the powwow also danced as a way to pray or honor loved ones who have died because of cancer, or are currently dealing with cancer.

Arne Vainio, a family physician on the Fond du Lac Reservation, danced for friends, family and even patients at the powwow, he said. His aunt died from pancreatic cancer when he was just 15, his sister is currently battling lymphoma, and a friend of his is scheduled for screening and surgery in two weeks, said Vainio.

“When we dance in a powwow, we’re really connecting to the heart of the drum. It’s very spiritual,” said Rhodes. “When people are out there dancing, they’re praying.”