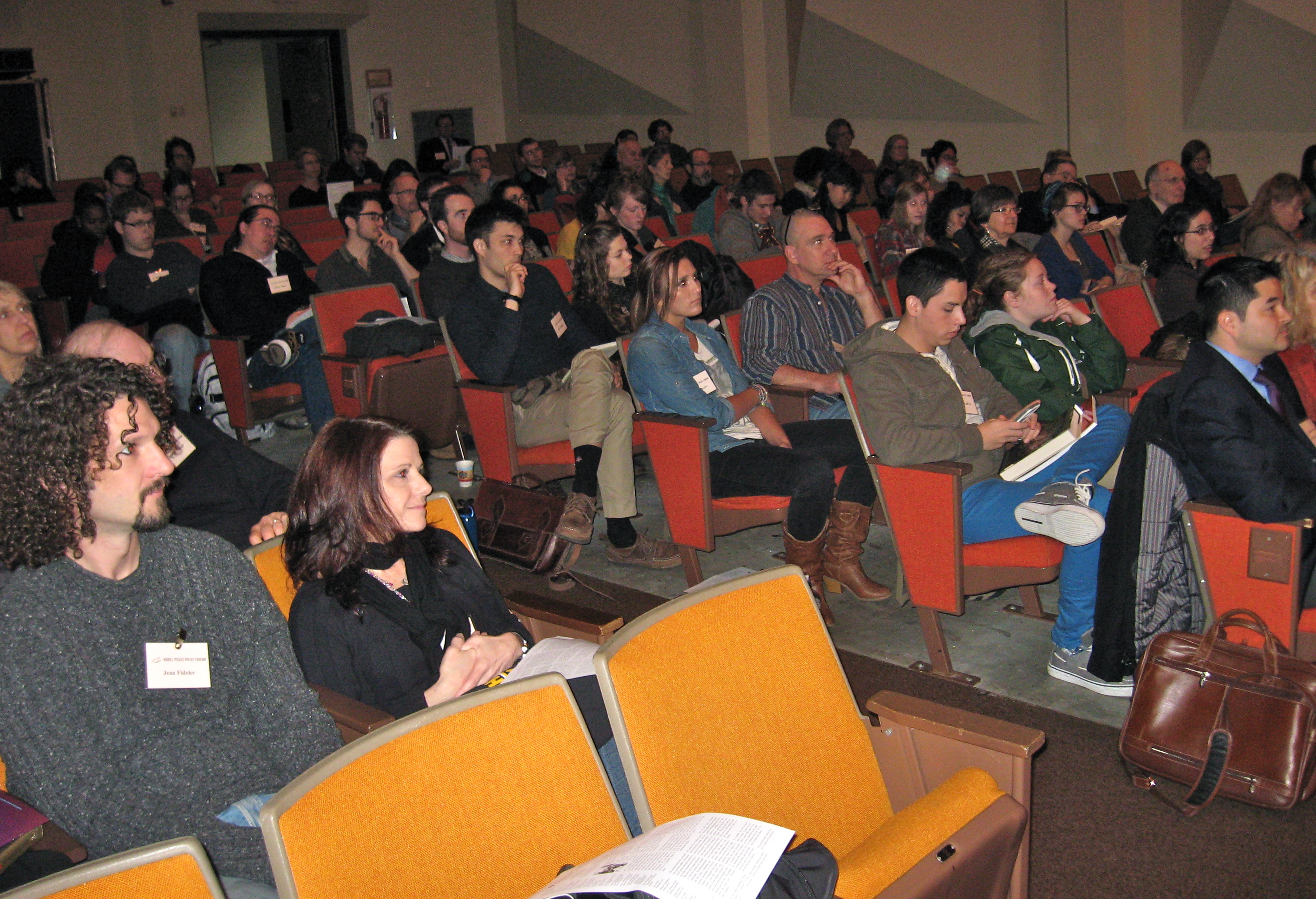 My colleague blogger, Grace Kelly, asked me as we were leaving the Forum today, if I planned to write about the last three days.

Then comes the real problem: how to summarize a very rich three days into a few words, when I had to miss some portions of the first two days, and when I was there, there were often far too many options….

Augsburg solved a good part of my problem: the major addresses were all live-streamed world-wide, and are already accessible on-line, and some other portions of the program were also video’d. The segments are listed here in reverse order shown at the website. Together they are a dozen hours or so of unedited video, which you can watch at leisure. Take your time. I’d suggest bookmarking this post and coming back to it from time to time. Take all the talks in, one at a time.

Recommendation: watch at least the first ten minutes or so of each video, including the introduction of the speaker, to get an idea of the speakers expertise and thrust. Pick and choose as you wish. But don’t stop there. For just one example, the power of Tawakkol Karman – what would motivate me to give her the Peace Prize were I the judge – shone through in the last ten minutes. Someone you thought dismiss at first may be very interesting and turn out to be absolutely fascinating, or their issue compelling.

Here is the bio information on the speakers, as listed in the Program: 2013 Augsburg NPPF001. (Nina Easton, Lois Quam and Peter Agre presentations were apparently not filmed, or there may be technical or proprietary reasons they are not on-line.)

10 and 11 (in this order) NPPF Festival Parts one and two (The Nobel Peace Prize Festival, for and involving about 1000 5th through 8th grade students from the Twin Cities. Both Nobel Laureates Muhammad Yunus and Tawakkol Karman speak to the students in this segment, as does Andrew Slack of the Harry Potter Alliance. Music provided by Cowern Elementry, No. St. Paul MN; Valley Crossing Community School, Woodbury; Burroughs Elementary School, Minneapolis. Editorial: One has to be having a really, really bad day to not enjoy the annual Festival!

6. Sex and War: Doomed or Liberated by Biology. Malcolm Potts, Bixby Professor of Population and Family Planning at the University of California, Berkeley. (intro begins at 12 mins.)

5. Dr. Paul Farmer, Co-founder of Partners in Health and chair of the Department of global Health and Social Medicine at Harvard Medical School. (intro begins at 12 minutes). Since 1983 Dr. has devoted his life to public service to those who have least to offer in return, particularly in Haiti and Rwanda, but worldwide as well.

3. Robin Wright, Senior Fellow, US Institute of Peace. Focus on the Islamic world of the Arab Spring. Begins at 21 mins.

The address by Nina Easton does not yet appear to be on-line.

High Points and Low Points of the Forum?

The Nobel Peace Prize Forum is a truly high-class operation. There were no “low points”. One might have preferences, and it is impossible to attend most of the available sessions…but I give the event and the speakers – all of them – high marks. They were all unique. As is true with anyone in any audience at any program, each offering resonates in different ways to different folks. This only adds to the richness.

With its international live-streaming of major talks, the Forum is accessible to and becoming known world-wide, and can only grow ever more important as an international networking opportunity for those interested in the very complicated issue of Peace in our ever more complicated world.

In many ways, everyone whose name was on the “marquee” at the Forum has paid the high price of leadership. The conference theme,”The Power of Ideas”, has real meaning. The speakers have been “on the court”, and not the sidelines.

I came home each day tired, but energized. The forum was high value for the cost.

I draw energy from the unexpected. For instance, those of us who wanted Dr. Paul Farmers autograph were in for a treat – he likes to visit with the people who want autographs. But this meant, for me, a 4 1/2 hour wait in line, but also an opportunity to visit with a couple of students from a local university. 4 1/2 hours is a long time. But it was worth the wait.

(Earlier Grace Kelly had noted the very large number of college students in attendance, quite the contrast from our normal surroundings. These were young people interested in the issues addressed.)

For the content, watch/listen to some of the archived talks. 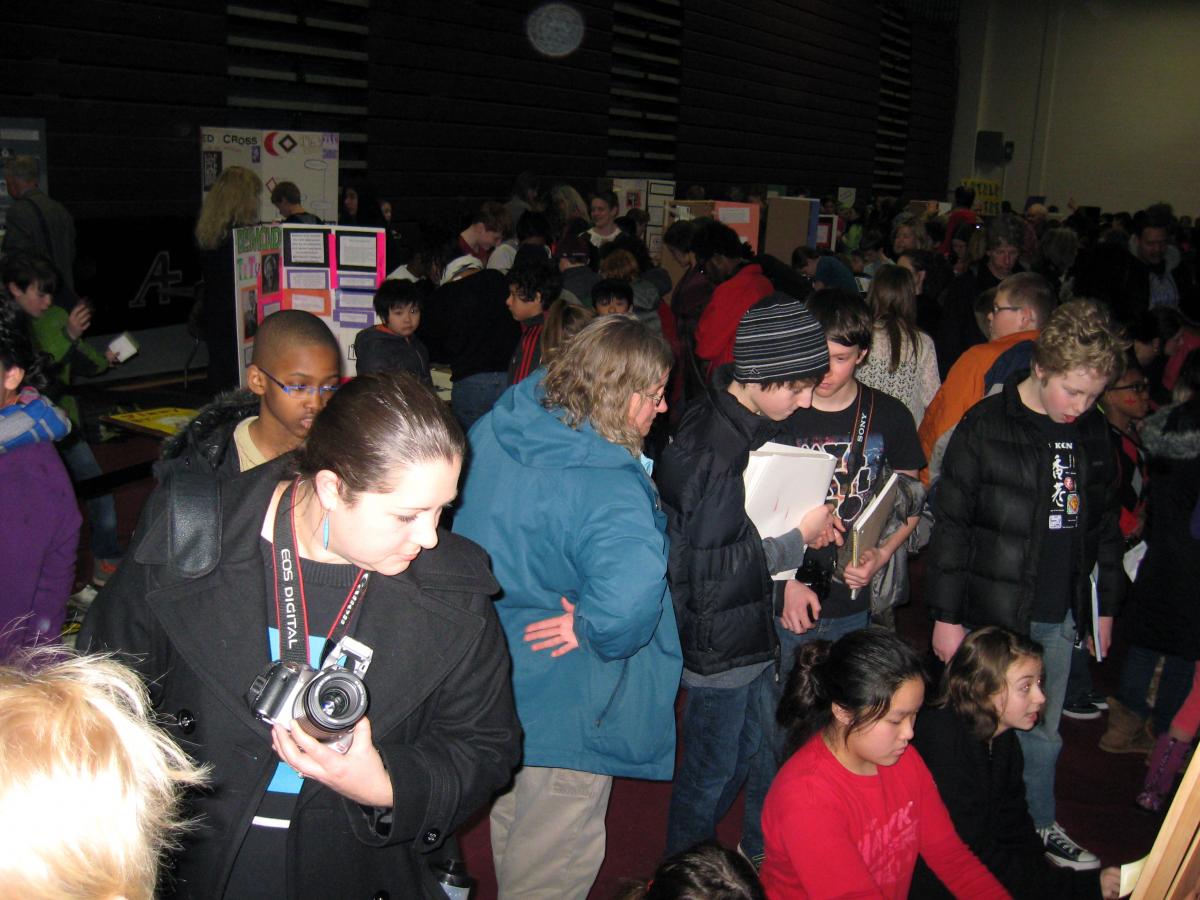 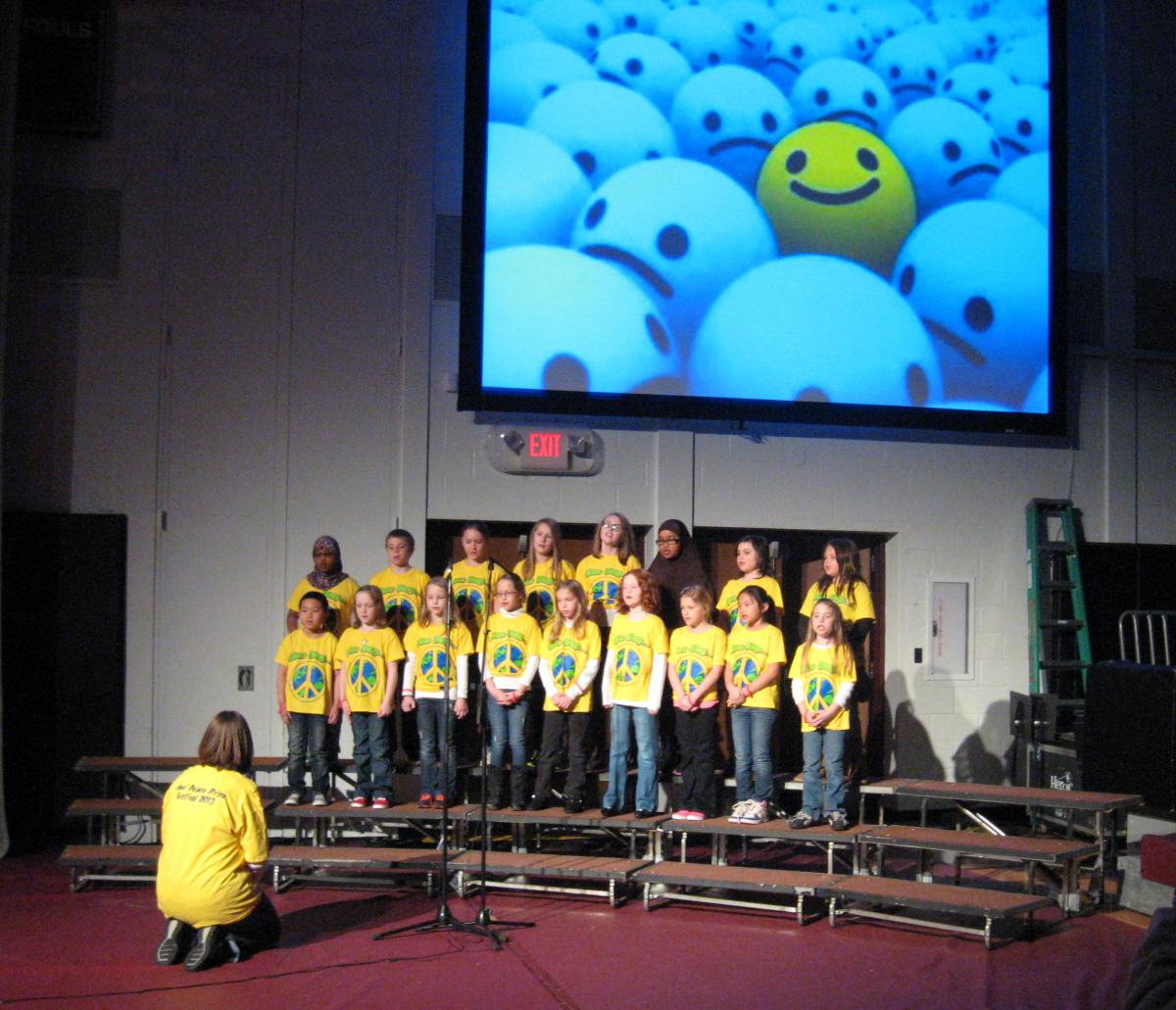 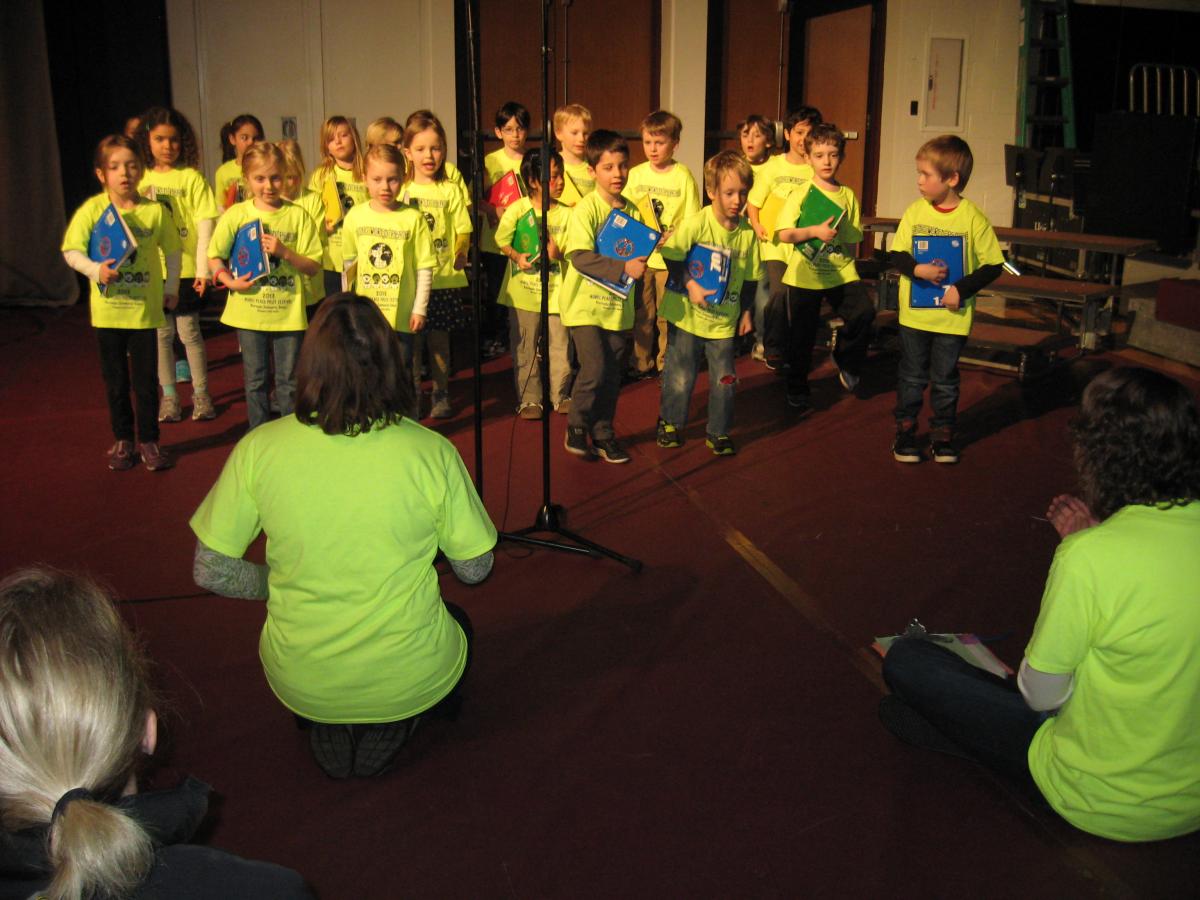 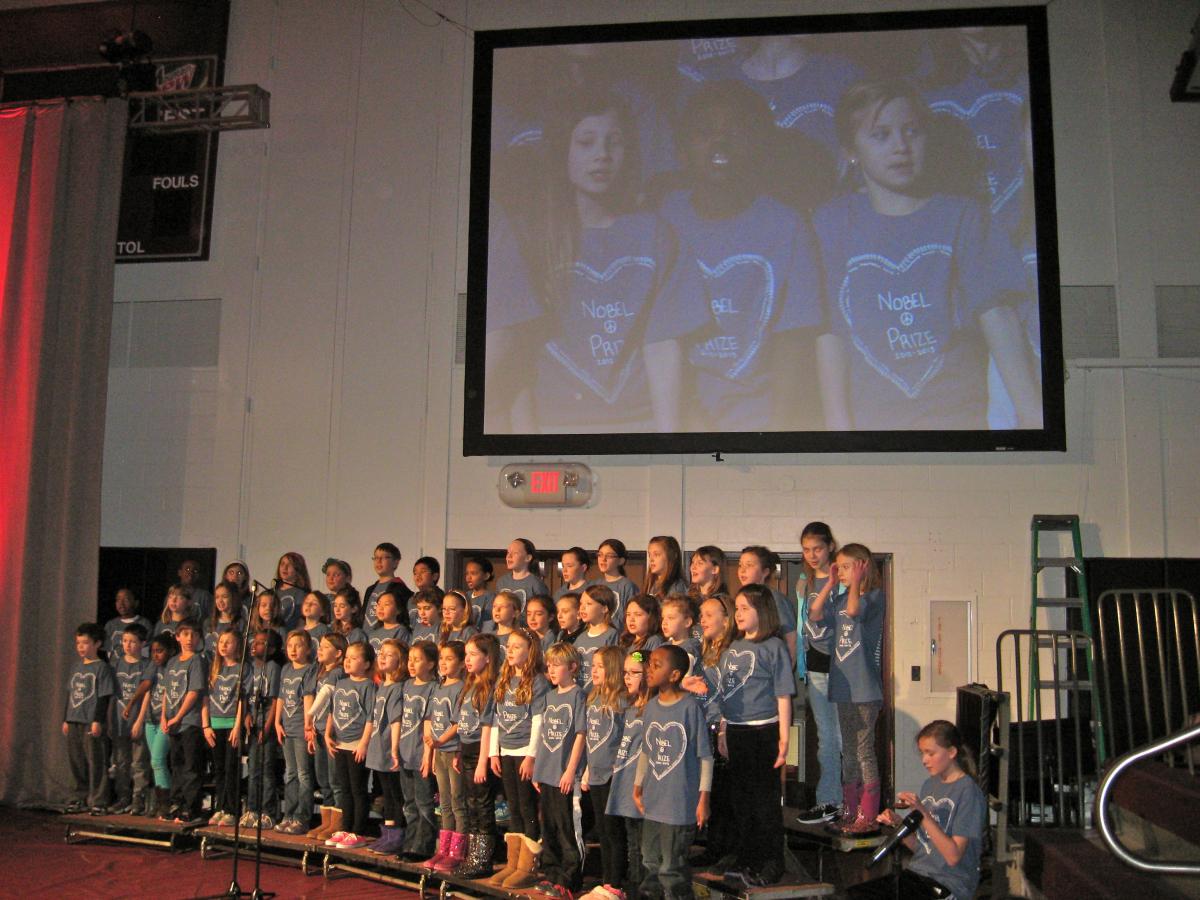 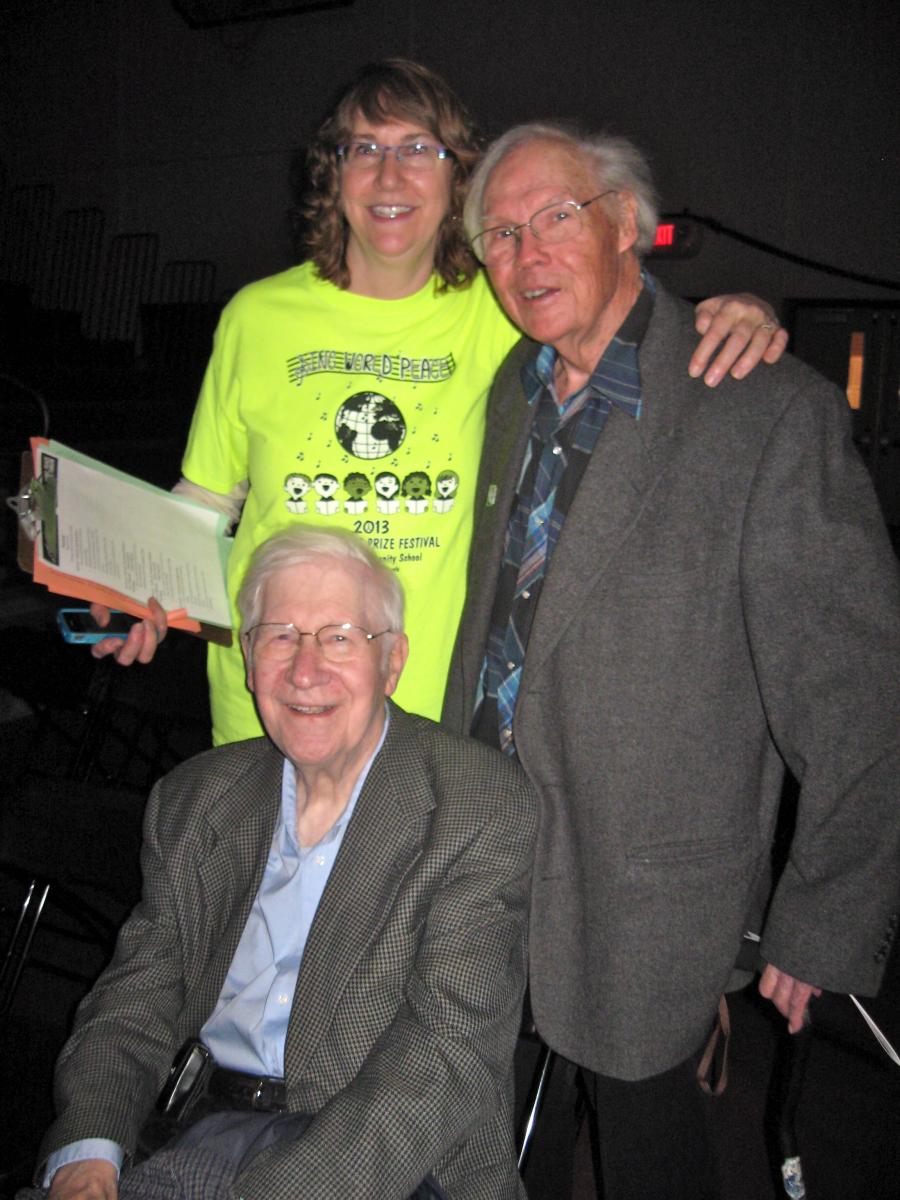 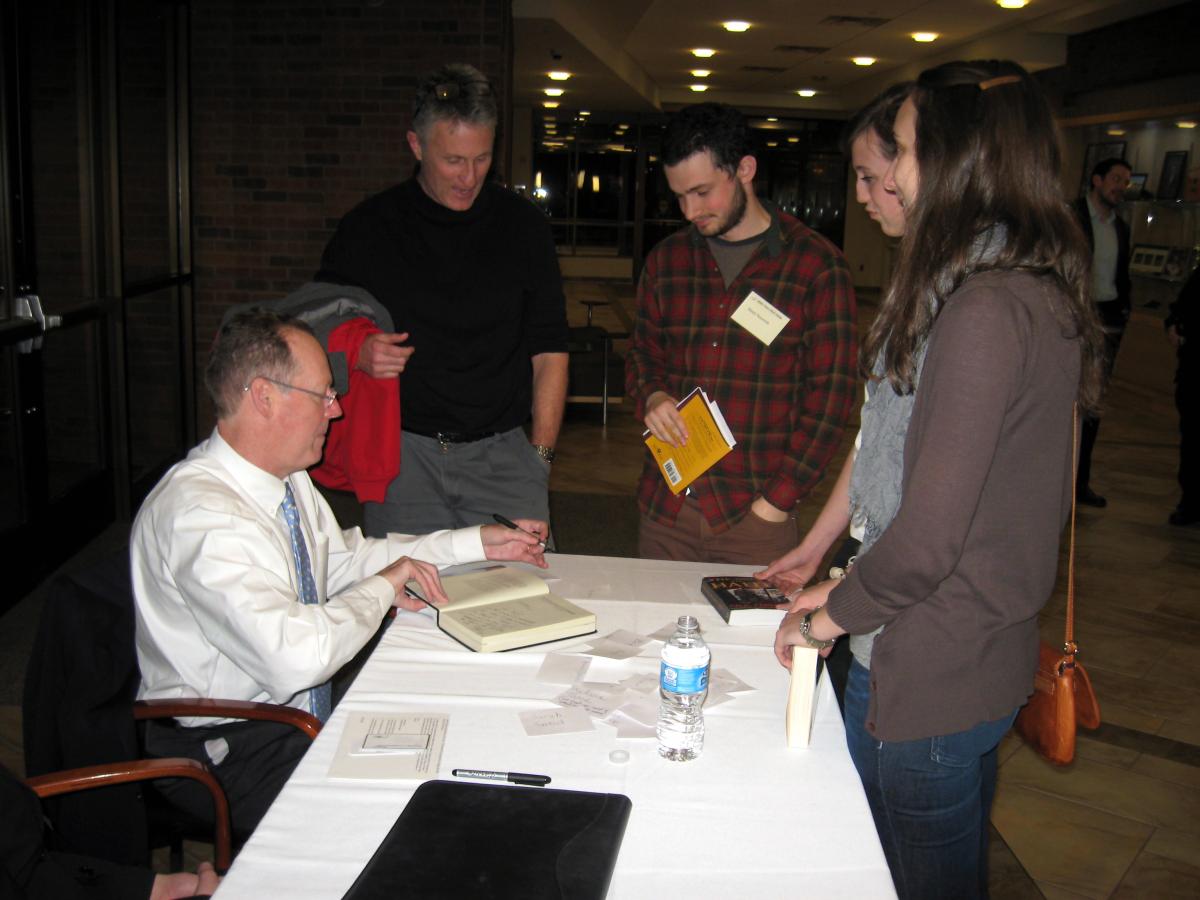 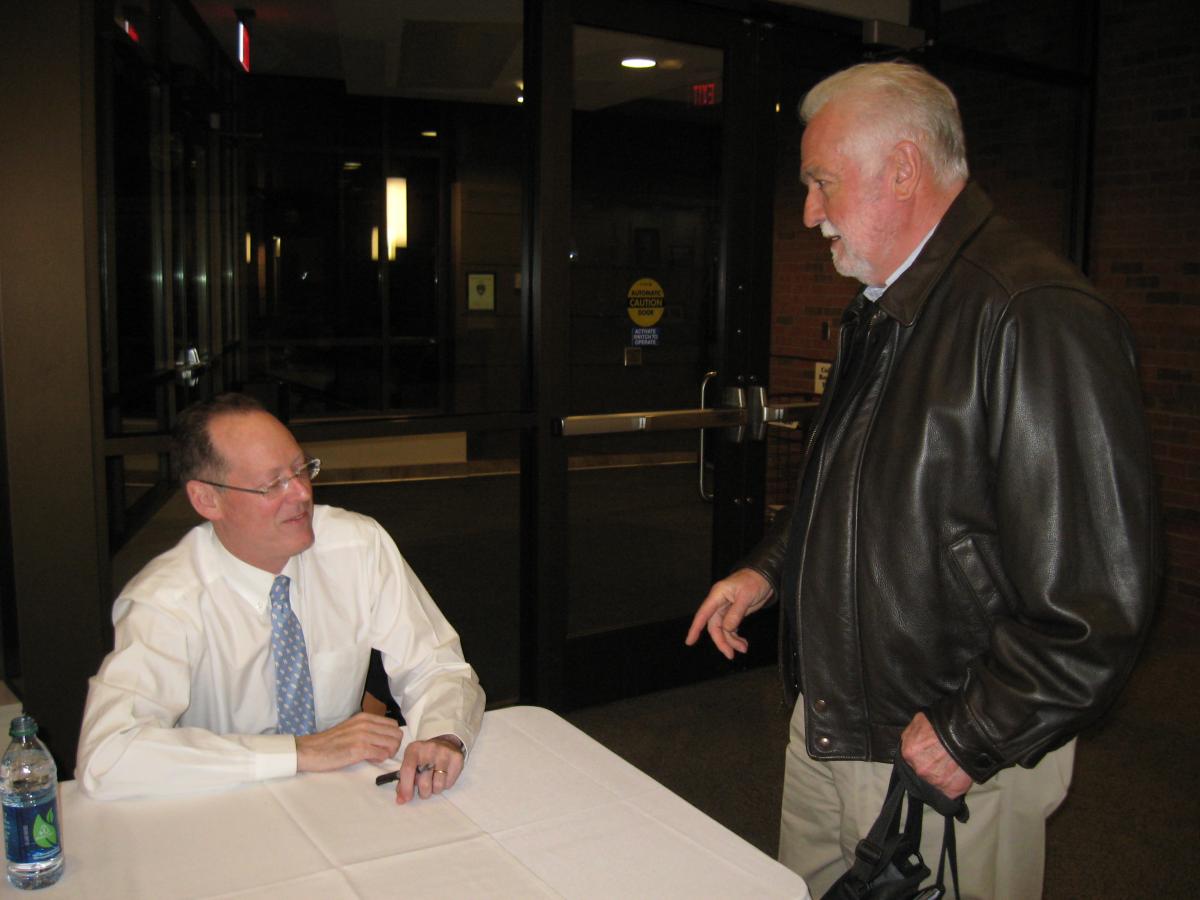 Yours truly gets his autograph, 4 1/2 hours after joining the line. It was worth the long wait. 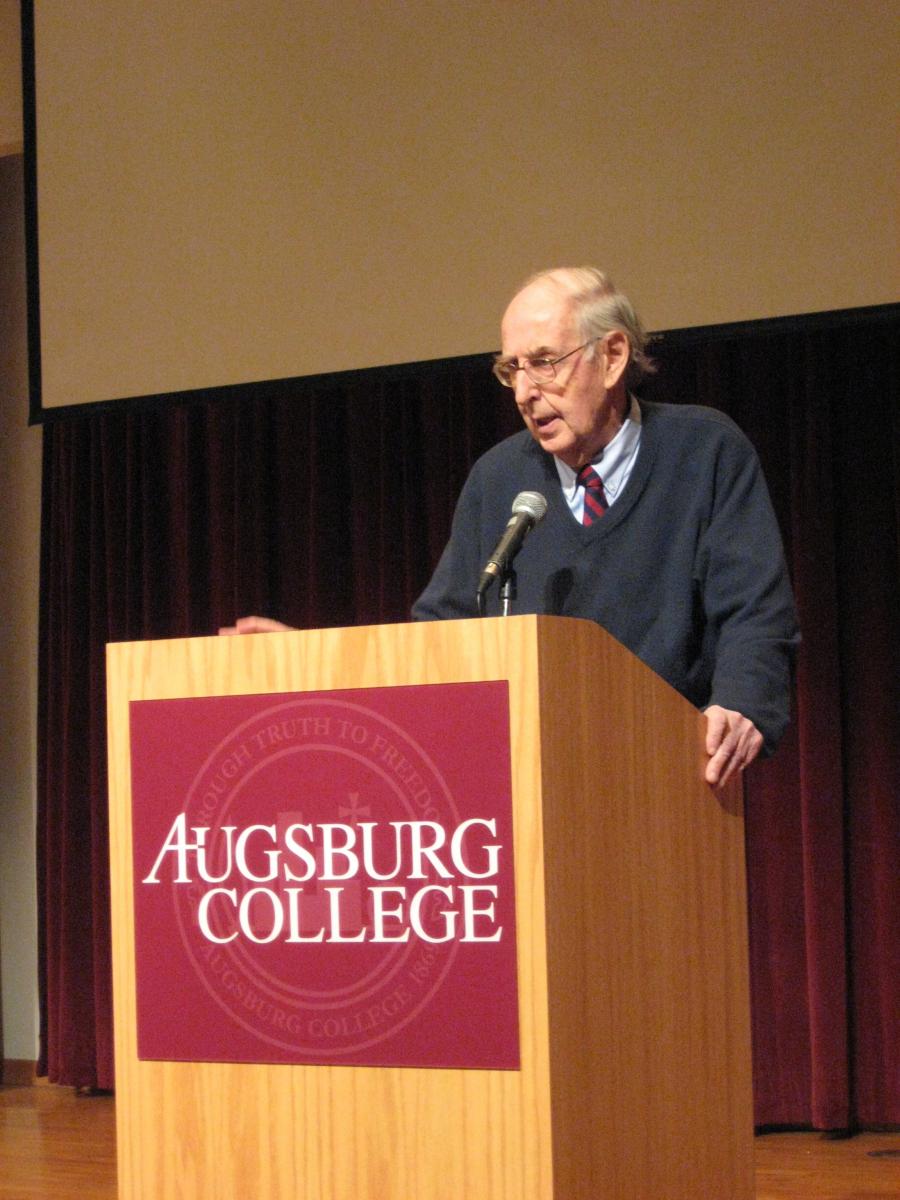 Colman McCarthy on How to be a Peacemaker

At top: Some of the audience at one of the 35 Seminars at the 2013 Nobel Peace Prize Forum