Relax. Think. Who was your favorite teacher?

James Dee Cook doesn’t recall the male teacher’s name but confirms that his third grade teacher was a major force throughout his lifetime. James was born and raised in the Rice neighborhood at the height of the Great Depression and rode the bus to elementary school.

Math was James’s art. Like a human calculator, he doodled numbers in his right brain as he played in his sandbox.

He still rehearses his teacher’s words like an unforgettable poem: “Decide now who you want to be. If you haven’t decided by the time you turn forty, forget it and enjoy your life.” That teacher empowered him to maximize his talents and set achievable goals at just eight years old.

James dreamed of a career in business, but he faced incalculable obstacles to that goal after graduating high school. So he embraced plan B and advanced to head waiter/steward of the parlor car on the Great Northern Empire Builder.

A first-class ticket reserved a seat in the parlor car, which simulated a luxurious living room speeding you toward your destination, with a scenic view at no extra charge. James recalls passenger Helen Keller and her companion being so moved by his compassion and attention to their needs during their first trip, that the two requested James assist them on their return.

He faced his life like he calculated equations. There are pluses and minuses, with complicated formulas that require calculating and recording by hand, stick-to-itiveness, erasing the past, and forging an unpaved trail by deducting his fears, multiplying his dreams, and adding supportive relationships. 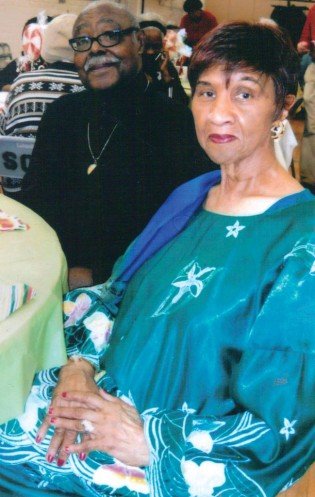 Rosemarie began singing at three years old. Having inherited her natural voice range of contralto to coloratura from her mother and aunts, she sang with the Saint Paul Opera Workshop and soloed for Pilgrim Baptist Church and St. Peter’s AME Church.

While James worked on the railroad between Saint Paul and Seattle, Rosemarie started a much-needed daycare. Meanwhile, their family grew at maximum speed. With a daughter and son and another daughter on the way, James was determined to find an accounting position in the Twin Cities. But first he had to complete his education. So the family devised a formula to bring Dad home for good.

They breathed the words of the song that Michael Jackson rocked the world with decades later: “No force of nature can break your will to self-motivate.”

On weekends, with James decked out in a tuxedo and Rosemarie in a fashionable cocktail dress and pearls, the couple joined members of the Sterling Club or Credjafawn Social Club—exclusive social clubs for Americans of African heritage—and danced to the live music of Percy Hughes and other entertainers. The Cook daughters celebrated turning sweet sixteen at “Introductory Balls” sponsored by the Cameo Social Club.

No force of nature could break James’s desire for an education and success for his family. Doors to his dreams, once tightly sealed, were now opened. In 1972, James Dee Cook became the first American of African heritage in the state of Minnesota to achieve Certified Public Accountant status. Later, in 1973 he was appointed as Auditor of American National Bank and Trust Company, reporting directly to the president.

Dad was home to stay.

Patricia Anita Young is an accounting technician who has been writing since a classmate gave her a magical number 2 pencil in the third grade. As “keeper of the family stories,” she records the oral histories of the Saint Paul village that raised her. Her article All Aboard! was published in the 2012 Saint Paul Almanac. Patricia has published articles in the Twin Cities newspapers Insight News and Access Press as well as numerous freelance articles on thriving while surviving chronic medical conditions.