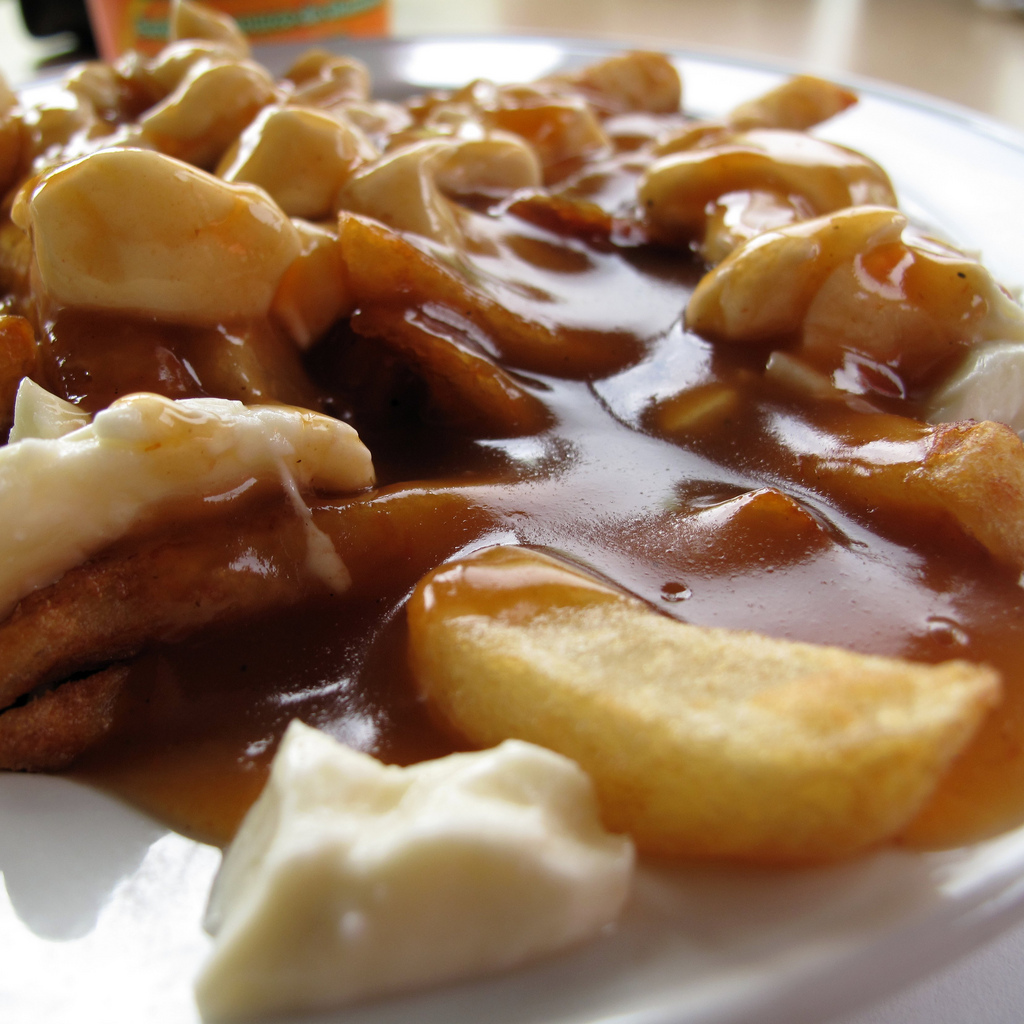 I recently went to Montreal for the first time. It’s somewhere I’d wanted to go for awhile and I have some friends who had been a couple times already so we planned a little July trip. We rented an apartment and used the metro or the bike share (Bixi velo!) to get around. Before I left, people kept asking me what I was going to do while in Canada and I told them honestly: eat, drink, and shop.

Our first stop was to the John Fluevog store to hit up the first day of their sale in person. We left with at least one shopping bag each (I’m not telling which of us had 2). We then stumbled upon a restaurant to try for dinner and it ended up being the place that introduced me to my new favorite dessert: nougat glacé. We also ate a dinner at Au Pied de Cochon, where they serve pig’s head, pig’s feet, duck in a can (you try out Chef Landon Shoenfield’s version at Haute Dish if you’re not ready to trek to Canada for this one). During our stay we ate animal after animal, some vegetables, and plenty of dessert.

One of the important parts of the Québécois diet is a very special dish: poutine. Poutine consists of French fries topped with gravy and cheese curds. It often involves some type of meat. In Canada it’s served at many diners, pubs, and fast food restaurants including McDonald’s. There is a place in Montreal known for its lobster poutine, another with 28 different combinations of poutine (we tried three of them), and one upscale restaurant with a super unique poutine we tried, made with sweet potato gnocchi instead of fries and complete with a seal sausage on top.

After returning back to Minnesota and getting over my suddenly-common post-flight sick, I began to start considering my poutine options in the Twin Cities. It took awhile to recover from eating enough meat and rich foods for the rest of my life all in six days, but now that I’m back on the greasy meat wagon (or something?) I think it’s time to compare poutines!

The places where I’ve had this dish already include a couple of my neighborhood favorites and some others nearby.

The Lowry has a “snack” called French Fry Poutine  which consists of braised beef, cheese curds, and gravy. I’ve had this one and it ain’t bad.

Rye, a Montreal-style Jewish deli, has a poutine made of crisp fries, cheese curds, and gravy with the option of adding Montreal style smoked meat (which is a pastrami). Theirs is also pretty good and can also be found on their happy hour menu!

Muddy Waters has a breakfast poutine made up of home fries, cheddar curds, egg, and gravy; I find this one particularly delicious. It’s a great start to the day when you are looking for a hearty meal.

I’ve also tried the poutine at Burger Jones and it wasn’t bad. A couple friends of mine went to George and the Dragon recently—which I’ve yet to try—and they decided that the bacon, cheese, and caramelized onion dip was something that should be put on fries to make a poutine-like dish. We’ll call it a poutine cousin (which is sort of like a Care Bear cousin in a way, and sort of not). Since George and the Dragon also serves fries, I think this is an experiment I’d like to volunteer for.

Beyond these poutineries I’m looking for more places to try. I’m also wondering if I can talk any of the local restaurants into making a nougat glacé (iced nougat) for their dessert menu because even though we went to two different places to get two different nougats on our last night in Montreal, I’m still already missing my favorite dessert!