Among the notable shortcomings of the 2014 Minnesota legislative session was its bipartisan failure to tackle the serious infrastructure problems the state faces.

“Infrastructure” is not a normally a sexy word. Nor is it the type of word that most of us use in everyday conversation, until a bridge in Minneapolis collapsed. Yet infrastructure—a short hand way of referring to America’s bridges, roads, highways and sewer and water pipes—is important to our every day lives. Without the basic infrastructure of roads we would never get to work, to school, or go shopping. Without it we could not cross rivers, drink water, or flush our toilets. For the most part we take our infrastructure for granted, until something goes seriously wrong, as it did in Minneapolis on August 1, 2007. There, in the middle of rush hour a major bridge—one carrying over 100,000 cars per day—fell into the Mississippi River, killing and injuring scores of people. Suddenly infrastructure became the word of the day.

You know there is an infrastructure problem in the state. Think of all the potholes you drive over everyday–and they are getting worse. But don’t rely just upon you own personal experiences, the problem is real.

Historically Minnesota’s quality of life was due in part to its infrastructure investment, but that too has lapsed over a generation. The 2013 American Society for Civil Engineers’ report on infrastructure lists more than $10 billion is needed in this state over the next 20 years to upgrade the fresh and wastewater treatment facilities. The state has nearly 1,200 structurally deficit bridges along with another 423 considered structurally obsolete. The ASCE finds 52% of the highways are rated as poor or mediocre in quality. This does not even include all the new potholes this spring! Schools have nearly $3.7 billion in needed capital repairs and our park system needs $375 million in investments. All of this is just for repairs and maintenance and it does not include new infrastructure needs, such as bringing high speed internet access to all of Minnesota. Those who live in the Twin Cities forget that in many parts of the state dial-up is still the only option for the internet.

But long before a bridge collapsed in Minneapolis infrastructure was a sexy word at least to one person–Jim Oberstar who served his entire congressional career on the US House Transportation Committee. His passing should have been a wake up call to the need to invest more in infrastructure, and to also thank him for all that he did for Minnesota and the country.

From the days when Adam Smith first wrote the Wealth of Nations in 1776, infrastructure has been described as the skeleton that holds a country and its commerce together. From the roads we drive on to the water we drink, a safe, secure, and reliable infrastructure is not only something we count on for convenience, but a must for national defense, commerce, industry, and entertainment. America’s infrastructure did not just happen; it was built under the planning and leadership of the government and by enlightened political and civic leaders. From the days of Alexander Hamilton as America’s first Secretary of Treasury, the national and state governments invested heavily in infrastructure to encourage American economic growth. It would not be an exaggeration to say that the spectacular growth of the country was made possible by a partnership between the government and private sector, with the former making investments in infrastructure that made business development possible. The WPA and New Deal investments in parks and the highways under FDR and bridges under Eisenhower, as well as the creation of the water systems and other parts of the infrastructure under other presidents and leaders, constitutes the greatest gift that our parents and grandparents left to America. 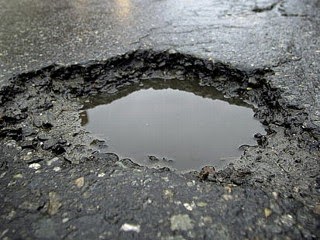 But we squandered that gift. While engineers will look to the structural reasons for the Minneapolis bridge collapse, the real causes of its demise lie in the massive political failure in Minnesota and across the nation to reinvest in our infrastructure. The American Society for Civil Engineers (ASCE) does a periodic report on the state of American infrastructure. For the last generation the results have not been pretty. In its 2013 report the ASCE notes a needed investment of $3.6 trillion by 2020 to repair the decaying public infrastructure in America. This compares to the $2.2 trillion price tag the ASCE estimated in 2009 that needed to be done by 2014. With estimates in the trillions of dollars, America’s aging roads, highways, bridges, and water systems are crumbling, airport runways are overcrowded, and mines are caving in on individuals. This is not new or something that just happened.

For at least twenty if not more years policy experts have documented the decaying infrastructure and our failure to reinvest in it. Instead, we continue to live off the investments of previous eras, enjoying parks built by the New Deal, bridges and highways from the Cold War and Great Society, and other investments made by smart political leaders in the past who were willing to invest in the future documenting the cost and scope of the problem. The anti-government, anti-tax politics that emerged in the 1970s and which blossomed during the Reagan era ushered in a policy of living off of yesterday and ignoring tomorrow, all in the interest greed and saving taxes.

But while a nation was neglecting its infrastructure, public officials such as Jim Oberstar and to a lesser but still important extent Martin Sabo were in Congress fighting to get more money spent on infrastructure and across the county. Oberstar’s most famous accomplishments are the 2005 SAFETEA-LU act, a $295 billion program that funds transportation infrastructure, and the 2007 $250 million funding to replace the Minneapolis bridge. Governor Pawlenty should thank Oberstar for the later for it might have saved his governorship. But Oberstar’s accomplishments go beyond these two bills. It would not be an exaggeration to say that there is not a piece of asphalt in the state of Minnesota that does not have his name on it, and nationally he is probably responsible for hundreds of billions if not more than a trillion dollars in transportation infrastructure funding over the last quarter century.

To some, their efforts to get more money for bridges and highways reeked of pork barrel politics. Many think of bridges to nowhere, earmarks, and old style politics when it comes to infrastructure spending. But while it is pork to some, to others it is bringing home the bacon and it is all about jobs and economic development. It is also about quality of life.