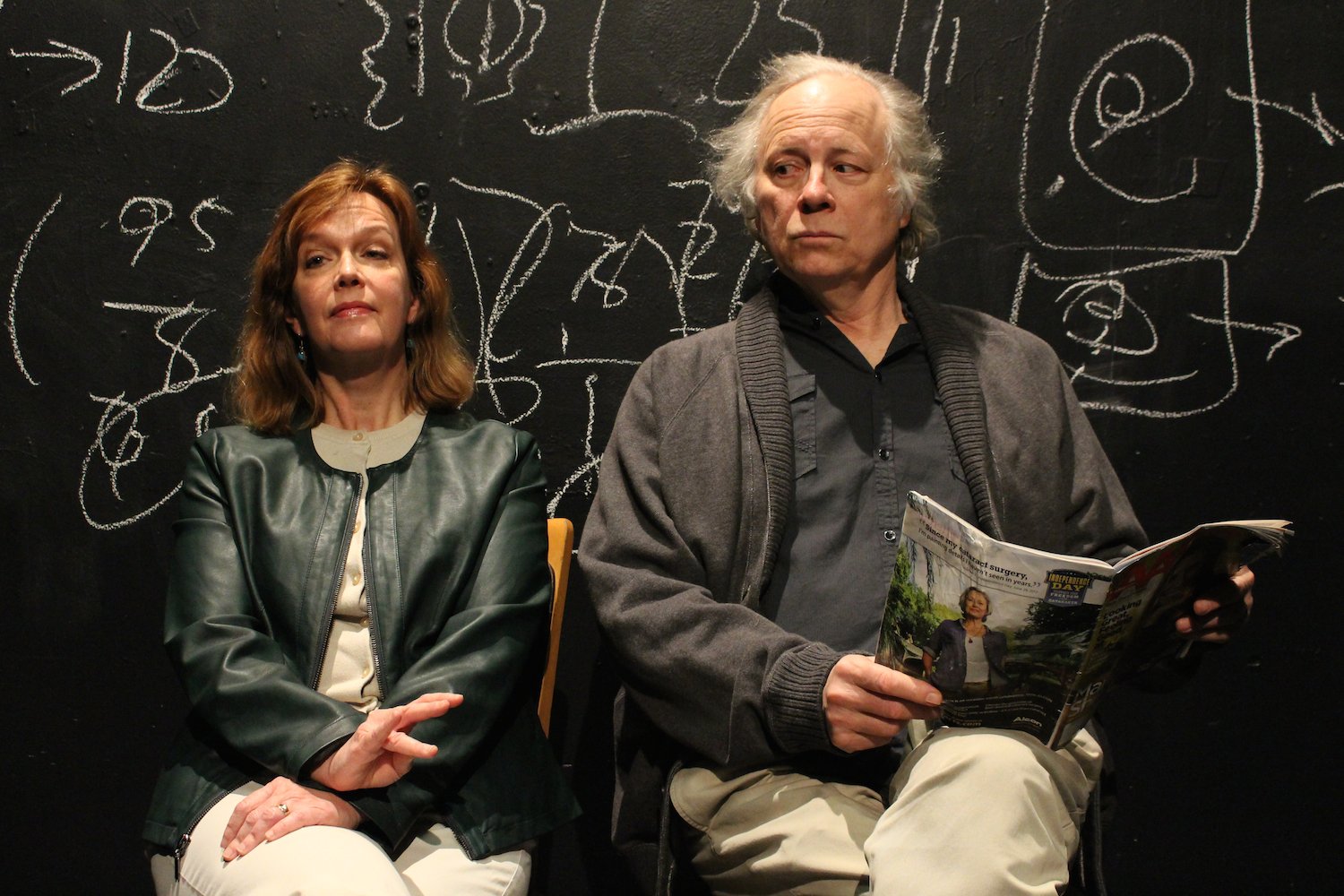 Some theater experiences require that you leave your expectations at the door. Walk in, sit down and when the lights go down, (or not) you need to just settle in and as director of Potatoes of August Steve Busa says, just let it “flow over you.”

Potatoes of August is just one of many forays of the playwright Sibyl Kempson in the Twin Cities in recent years. She was here for a residency sponsored by the Walker and the Playwrights Center last year spring. Two weeks of intense writing and readings culminated in the preview production of Fondly, Collette Richland in May 2013. Elevator Repair Service (ERS), known for their six-hour Gatz performed at the Walker in 2006, created the preview performance of that play at the Walker. Her play from 2009 called Ich Kürbisgeist was remounted in a pared-down staging at the Red Eye last fall. Presently, Kempson is working on a McKnight commission. If you have been following her work, you might be happy to know that on Monday, April 21 (a pay-what-you-can performance night) Sibyl Kempson will be there again for a post-show conversation.

When Potatoes of August begins, we see chairs on each side of the stage and three luminous screens as the backdrop. The characters are introduced: Buck (Ben Kreilkamp) and Fern (Miriam Must) and Bethy (Kirby Bennett) and Gordon (Chuck Deeter). A young mover/dancer/lecturer/mathematician who represents the surprisingly sentient, thinking Potatoes is performed by (Billy Mullaney). Later, the college professor is introduced (Kevin McLaughlin) when the characters decide to go find answers from the wise man. What happens next is a series of thought-scapes. The characters have been established and they now talk, expound, extrapolate and search for themselves and the meaning of different situations. And, the potatoes? The sentiment is that potatoes are given the form of a person who goes off on a frenzied mathematical exposition, which confuses and inspires the characters. They journey, they inquire, they return, and life goes on, with a lot to think about in between. The play is a fugue of information, but food for thought leaves you full at the end. I would be remiss not to metion that the theater’s website has a reading list suggested by the playwright as preparation for the play  which includes Copernicus, Swedenborg, Ott, and Strindberg.

There is a flow of ideas and there may be a thread connecting them or not. The text sounds and flows like people’s thoughts, the way they talk and suddenly take off on a different tangent. As Kempson describes it: “These are the kinds of connections that are difficult to put your finger on and they’re very difficult to trace, but it doesn’t mean that they’re not there or that they don’t have meaning. I’m trying to find ways of pointing to them, even if I’m not explaining it outright.”

Miriam Must, one of the actors/collaborators, answered some questions about this style of theater in an email:

How is this theater experience different for the audience?
Often we try to create the conditions of the experience for the audience versus just talking about it or describing it. In this piece, the characters are completely flummoxed by what they encounter—their world gets turned upside down and inside out and so, too, does the very construct of the artificiality of what is happening on stage.

Who does this work in town and what makes it different?
In terms of our mainstage productions, I don’t think you’ll find the kind of work Red Eye produces on any other local stage. The Walker Art Center presents national and international companies who are similarly focused on expanding the edges of the form and dealing with contemporary experience. Some of the companies with whom we feel an affinity include … and companies that were an influence in our early years include Mabou Mines, Wooster Group and a company called Squat.

Artistic Director Steve Busa reads scores of scripts each year to find compelling work. He looks for challenging material, for scripts that embrace the ambiguity of today’s world, for work that creates a condition or experience rather than describe that condition. He looks for scripts that are strong enough to hold up to performance, by which I mean they provide a springboard for all the other elements that make a work theatrical and invite the imaginations of the creative partnership without being proscriptive. These works often features a sprawling psychological landscape, rather than a specific geography and frequently exhibit a temporal fluidity, as well. In other words, it’s the opposite of naturalism, although I have to say, it feels more “real” and connected to how I experience the world. Steve may correspond for several years with a playwright whose writing he admires, before receiving a script from him or her that feels “right” for us to produce. We’re lucky that in the last 10 years or so there’s been an explosion of interesting and talented writers coming onto the scene.

What mindset should the audience have when settling down to watch this kind of work?
Mostly, we hope audiences come willing to engage in an experience that they don’t feel compelled to figure out in the moment…