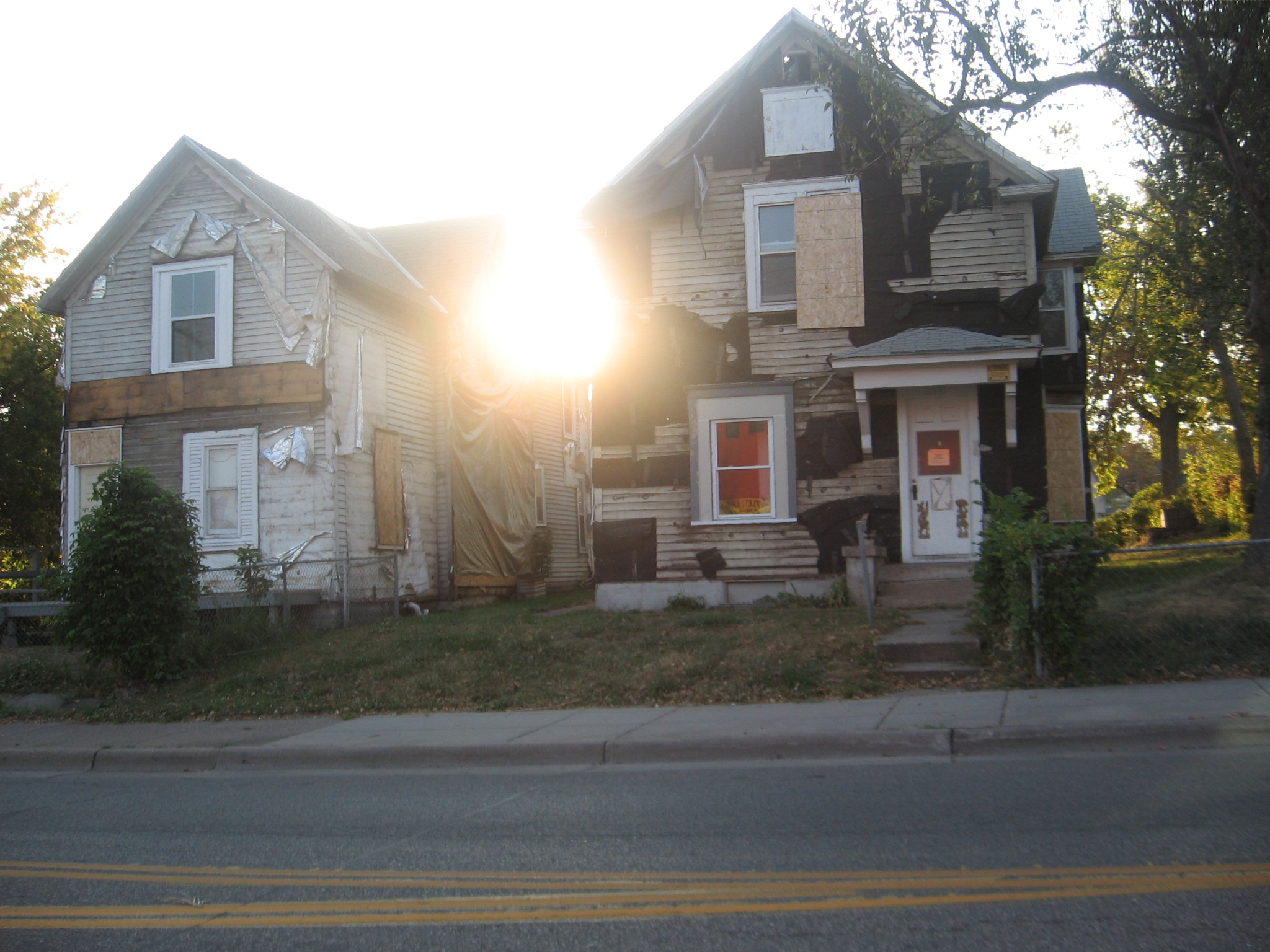 Take a stroll or drive through North Minneapolis and you’ll notice right away that something isn’t quite right, still. Remnants of the May 22 tornado disaster aren’t hard to spot, as the blocks of missing trees provide a clear view of the vacant houses that stand boarded up, with roofs partially or wholly torn off.

Not only are scenes of damage lurking in multiple areas, experts say that even five months later, posttraumatic stress disorder (PTSD) — worry and anxiety — is possibly hovering over the heads of North Minneapolis residents.

“The tornado occurred in May. People might have been overwhelmed with basic needs, getting their houses in order and their cars addressed,” said Paula Haywood, Hennepin County Human Service Area Manager. “Now all of the sudden they may say ‘Why am I sad, why am I exhausted?’”

“People may be overwhelmed, depressed or stressed out and just need someone to talk to so they can get back in accord with their normal daily activities,“ said Haywood.

In a continued effort to help affected North Minneapolis tornado victims recognize and cope with mental health issues, the Minnesota Department of Human Services reallocated a $200,000 grant to mental health programs that will operate through NorthPoint Health and Wellness Center.

Residents Jim and Kathie Stadler said that they’re not surprised that these resources are being put into place. Kathie remembers driving up from Austin, Minnesota not know the severity of the storm until she pulled up to her house twenty minutes after it had hit.

“It’s still pretty surreal, because of the magnitude,” she said. “I think that’s only human nature [to be suffering from PTSD or mental health issues]. All of a sudden you’re dealing with a fear you’ve never experienced.”

However, with just having to bury her mother a week before the tornado, Kathie says shegot past the gloomy stage quickly once she learned her husband was okay and their home had minimal damage. The case wasn’t the same for worse affected neighbors — who now are nowhere to be found.

“I was out in the street in a real daze after it happened. I wandered around in a daze for days,” Jim said. “I was never freaked out by a thunderstorm, but now I’m like eeek! I can imagine what someone that was on the second floor and got their roof ripped off feels like.”

“It’s really dealing with the ‘Oh my goodness, what just happened to me?’ reactions,” said Haywood. “It may be a kid that every time it rains or they hear the wind blows [they] get paranoid. It could be someone worrying saying, ‘If I don’t get this roof fixed, it’s going to rain in here.’ It could be all kinds of stuff, so they’re trying to help people with that.”

NorthPoint is offering PTSD and mental health outreach programs to deal with flustered and confused emotions of all sorts. Of the $200,000, varying portions of the money are being designated to counseling and peer education support, housing assistance, and child outreach services in addition to assistance with ongoing mental health issues as a result of the tornado. 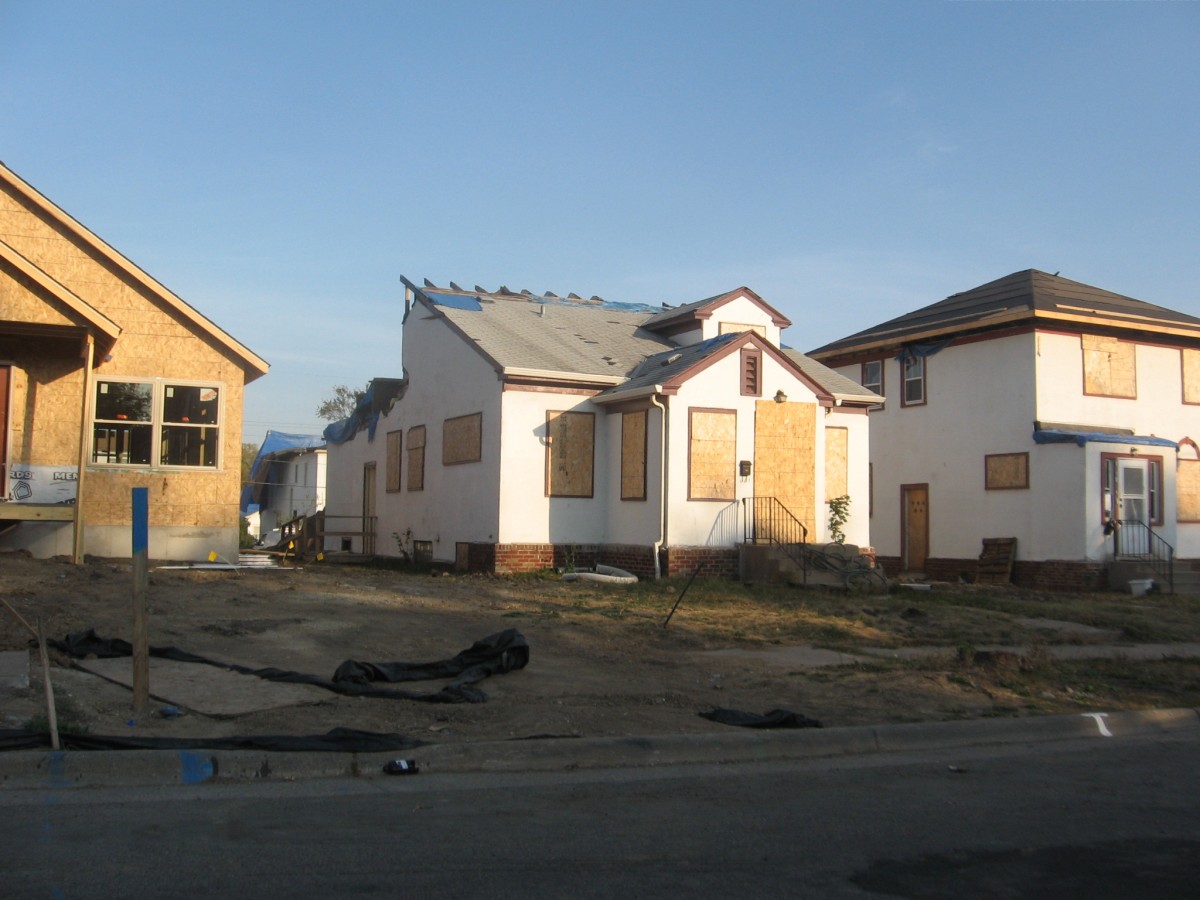 Frank Williamson, another Northside resident says his anxious thoughts come from seeing the neighborhood the way it is. He said he’s reminded of the storm every day, but for the most part has put it behind him.

“The neighborhood will never be the same, it’s a lot different. The neighbors aren’t even the same,” said Williamson. “I was a few blocks from the house when it happened. It took me almost an hour getting over trees to get back home to see if I even had a house.”

Maybe that’s why now — with all the mess cleared — he describes the trees and neighborhood as a skeleton. Williamson attributes his own hasty recovery to having been in the same situation years ago when he lived in South Minneapolis.

“I would say that I’m over it, but I can’t speak for the rest of the neighbors. It just was an act of God, what can you say?”

Angelina Frohlich, who lives five blocks from Williamson, said she’s definitely paranoid now. After the tornado split a large tree in her backyard, she had it cut down in fear that the next storm would bring it down — this time on her house.

Unfortunately, Frohlich’s home and fence still suffered damage. She, her husband and kids were walking around looking at their neighbors’ fences for new options Sunday evening.

“Before, I’d hear sirens and say, ‘We don’t need to worry, it’s not going to happen to us, we’re in the city.’ Now I think, ‘It did happen, it could happen again,’” said Frohlich. “We were one block off of the main hit. I think what’s traumatizing for us is just knowing what could have happened. That’s really the thought, and facing that, we take any kind of storm a lot more serious.”

Some time in the next 30 days, Hennepin County will be launching a mental health awareness campaign. They’ll be reaching out to the Northside, Hispanic, Hmong and Somali communities to reinforce the message that there is still help available.

Kathie Stadler says at this point, residents who need assistance should take advantage of the services. The results of seeking mental healing can only be positive, because she and many in the Northside community have sought help and healed in other ways already.

“Giving human beings all due credit,” she said, “you get up and you move on.”