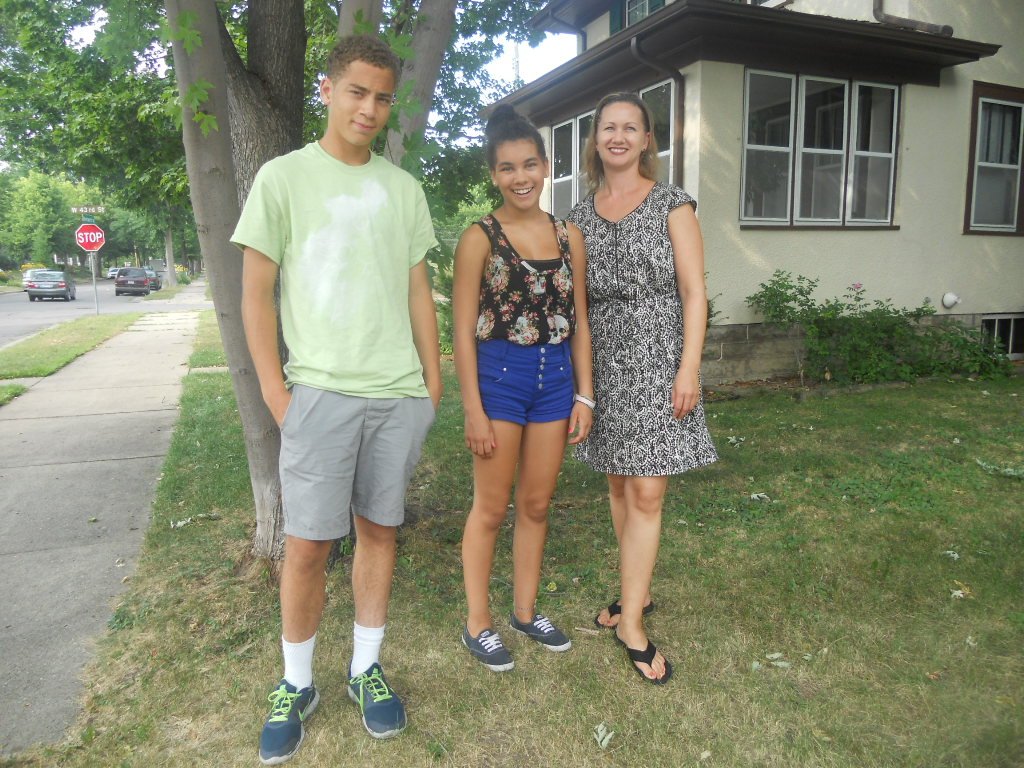 Jody King with her two children, Anthony and Maya

When it came time to choose a school for her two children, Minneapolis resident Jody King knew where she wanted them to be: Clara Barton Open School in southwest Minneapolis. For King, getting her kids into Barton felt like “winning the lottery.” That’s exactly what the school choice process for Minneapolis magnet schools uses for schools that, like Clara Barton, have more applicants than spaces.

FULL DISCLOSURE: The author of this article is also a Barton parent.

King wanted a K-8 school, and one that provided a “nurturing, safe place,” for her son, Anthony, and her daughter, Maya. What she found at Barton was a “supportive community of families and teachers.” Some unique aspects of Barton’s Open School focus were especially attractive. Students at Barton, for example, stay with their classroom teacher for two years in first-sixth grades, and King ended up seeing the benefits of this longer connection between teacher and child.

Seventh and eighth grade students at Barton often pair up with early primary students in a “buddy” system. The older kids are matched with a younger child for the whole school year, and they spend time reading books together, getting to know one another, and doing some classroom work as a team. This program stands out for King because it provides mentoring opportunities for older children by encouraging them to become positive role models.

King came to appreciate what she calls “out of the box” learning opportunities at Barton. She describes the way her children have been exposed to the Brazilian style of martial arts called capoeira through Barton Spanish and Language Arts teacher Flory Sommers. Sommers, according to King, often brings interesting guests into her classroom in order to spark students’ interest in new topics.

As a student in Sommers’ language arts class last year, King’s daughter had a surprising, rewarding experience with spoken word poetry. As a seventh grader, she was part of a Barton team that went to the MN Spoken Word Poetry Association’s annual competition, and she came home the winner in her age group. In King’s view, these experiences are part of what has made Barton a strong, positive school for her children.

Anthony, 16, has graduated from Barton and is about to start his second year at Washburn High School. The transition from the smaller, nurturing community of Barton into the bigger world of high school has been mostly positive for King and her son, but she noted a change in her role as parent. During her son’s freshman year at Washburn, King found that she had to contact the school in order to advocate for him, to be sure that he is doing all he needs to do to succeed. For King, this feels like a reversal from her years at Barton, where, for her, there was more immediate communication between teacher and parent.

Although the past year at Washburn brought many distractions, King said that well-publicized incidents such as a doll hanging and student protests have led to ”awareness about activism” for her son. While King doesn’t necessarily agree with the student walk-out, she said she appreciated the real-life learning experiences the event brought to the Washburn community.

King said that her son has really liked Washburn from the beginning, and that it is important to her that he feel “comfortable and safe” in high school. King said she is working positively with Barton and Washburn on her main goal: successfully getting her children to college.