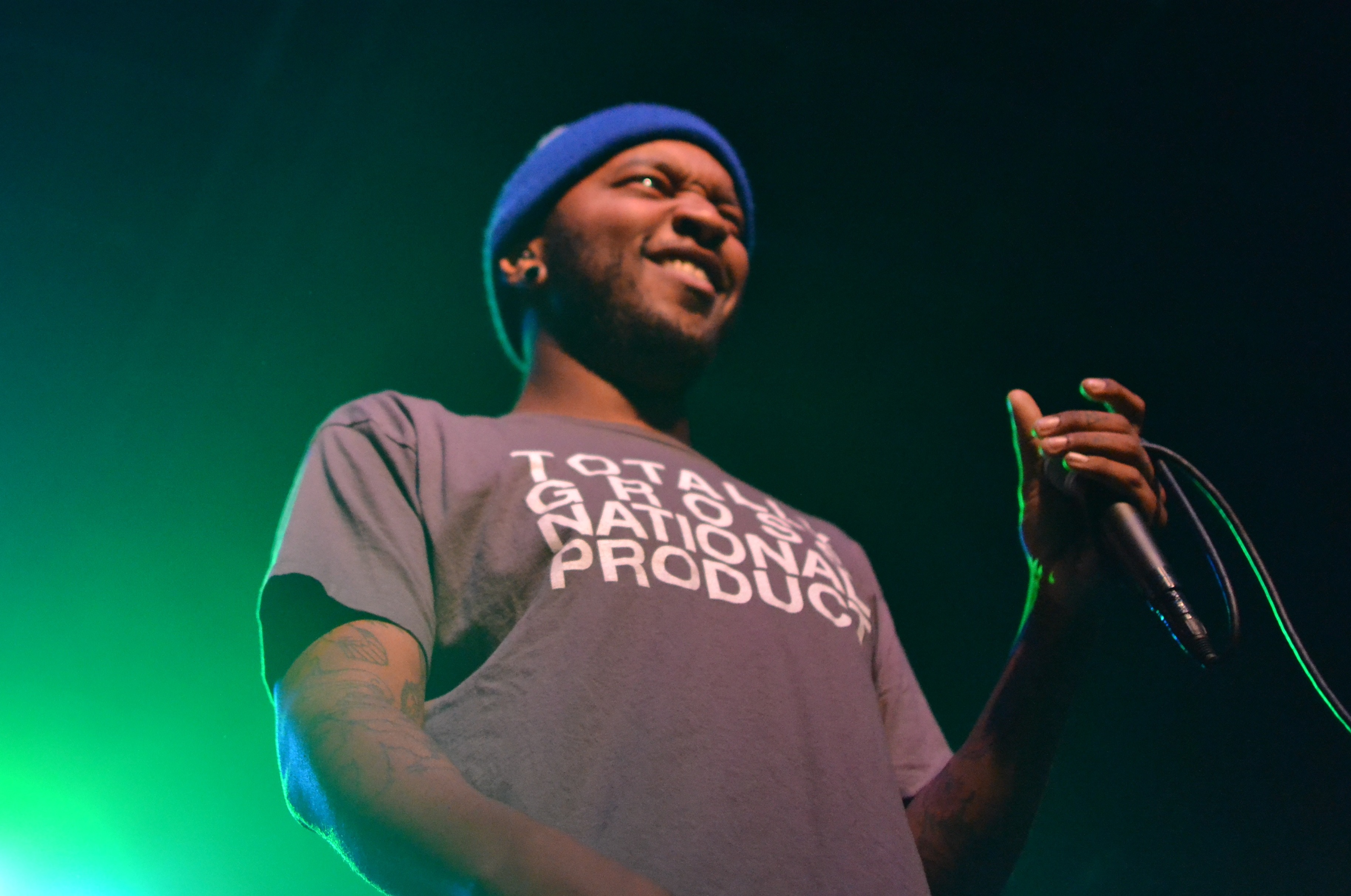 The show Friday, October 26 featured five acts, but there was no question the entire night was all about headliner POS. Billed as an album release for his latest full-length, We Don’t Even Live Here, First Avenue was packed to the coat check by a sold-out crowd lubricated with sweat and Surly—a crowd ready to get down.

We Don’t Even Live Here feels like POS is using every tool he’s acquired over his still young career—all used to build an album upon the fiercely independent and anarchic lyrics that span its length. The skill and care in WDELH has already garnered positive reviews, including the AV Club’s recent “A-” which included the closing declaration, “POS has indeed never been better.”

So Friday should’ve been unbridled celebration of an artist set to head off on tour, take this country by scruff and shake it. Instead there was tension in First Avenue—POS’s tour has been postponed for an undetermined length as he waits for a kidney transplant, the result of their slow, 18-year failure.

Fellow Doomtree member Mike Mictlan, a normally verbose MC, seemed to search for words during a break in his set when talking about POS—real name Stefon Alexander—and their friendship which has spanned more than half their lives. Don’t confuse this with pity. Instead it was an affirmation of bond and defiance—to illness, to kings.

POS’s set opened with the 21st century drum circle of his noise side project Marijuana Deathsquads. He huddled against the table crammed with keys and laptops, flanked on either side by drum kits, choosing never to rise above his collaborators’ vocals, loops, and beats. Their sounds wove and built, until all left the stage except POS and his DJ, Ander Other.

POS worked his way through WDELH from the beginning. “Bumper,” a single in its own right, marches forward on toms, like a pot quivering just before the boil erupts. And it finally does. The tension’s released in the keys, guitar, and drums of “Fuck Your Shit,” which makes plain the album’s anti-materialist, anti-capitalist thesis. But also his crews’ predicate—Doomtree, Deathsquads, go on—defiance: “We came to riot, we don’t want any of your stuff.”

It was during “Fuck Your Stuff” and the Mictlan-supported “Get Down” that POS turned all those dancing fans into the equivalent of sand on speakers. They bounced along with the beats and bass in waves as if each was plugged directly into the soundboard so that the crowd, rather than the Marshalls and Ampegs, amplified the sound.

POS is a master craftsman live and in the studio. First to shape such affecting music, then to turn it loose in his audience. He’s one of the finest performers I’ve seen.

But also to his credit is his ability to share the stage. Whether Sims, Mictlan, or the whole Doomtree crew was also up there, POS tailors his own performance based on those around him—knowing when to hang off the front of the stage and goad the audience, but also when to fall into the background as support. “Bolt Cutter,” “Low Light, Low Life,” and “Bangarang,” couldn’t have made that clearer, how all those large personalities can thread together into something strong enough to support those kinds of huge performances.

The final song, “Purexed,” POS once again found himself solo, rapping over the rolling snare, “Yeah, we do our own damn thing/we don’t blink at what tomorrow might bring.” While he may have been the only MC on stage, his crew in the wings and the crowd before him, were with him each step, each word, each syllable. 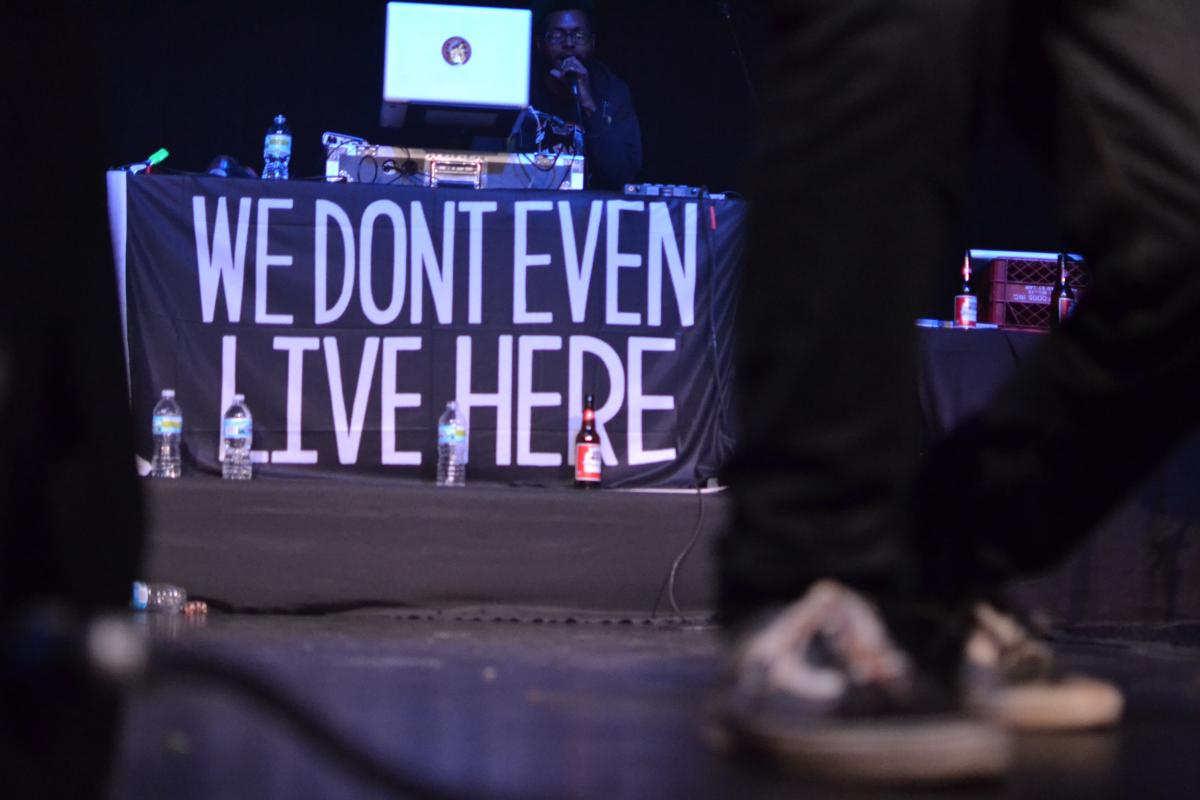 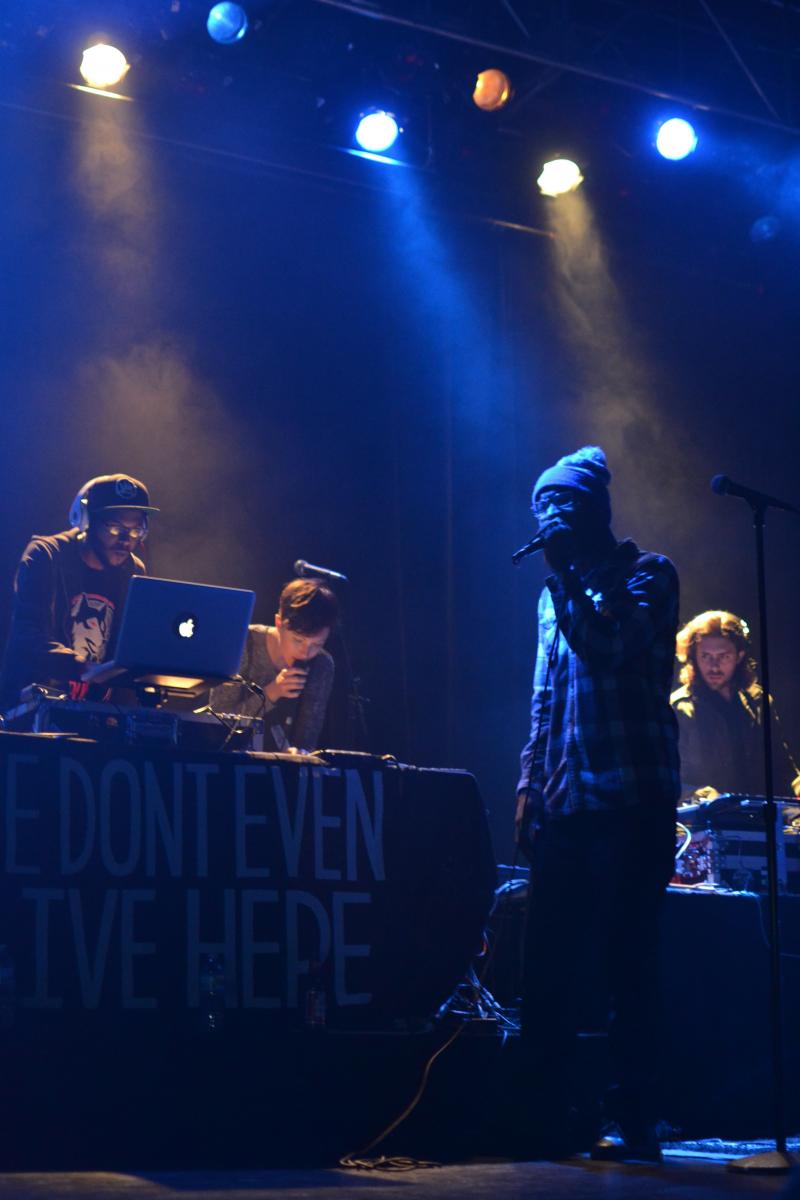 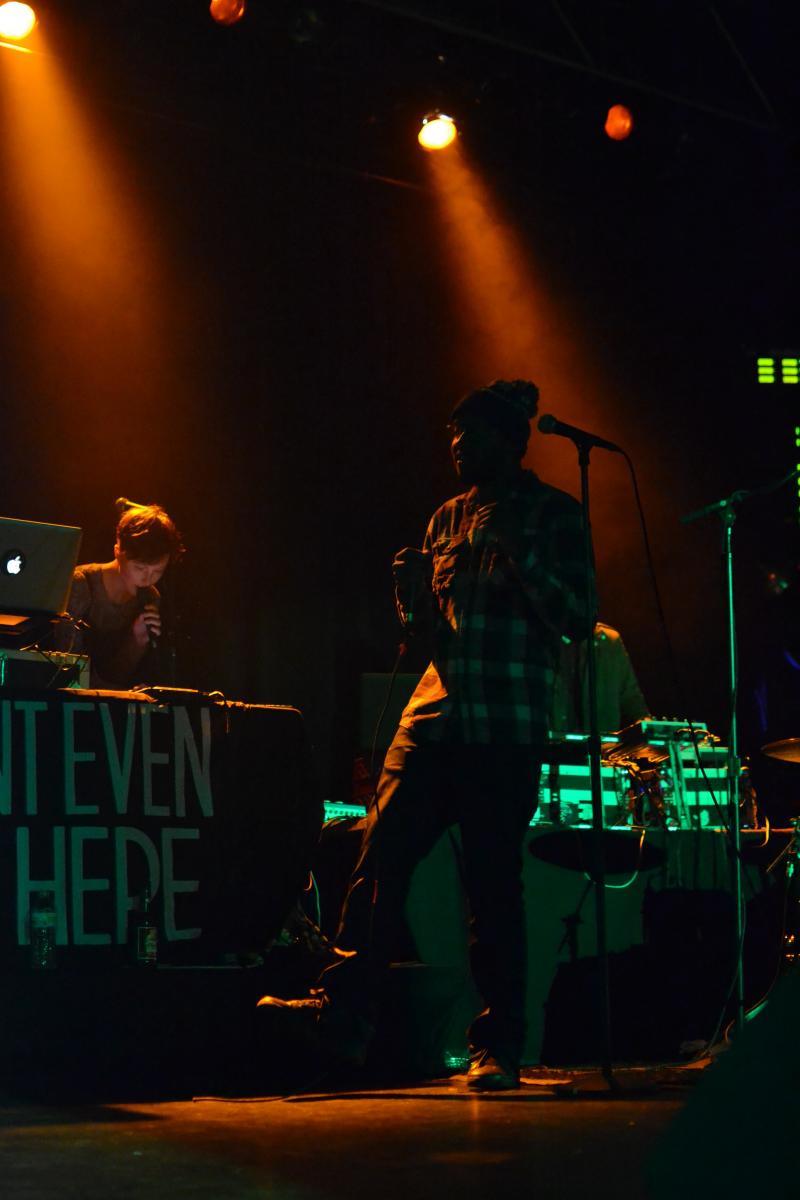 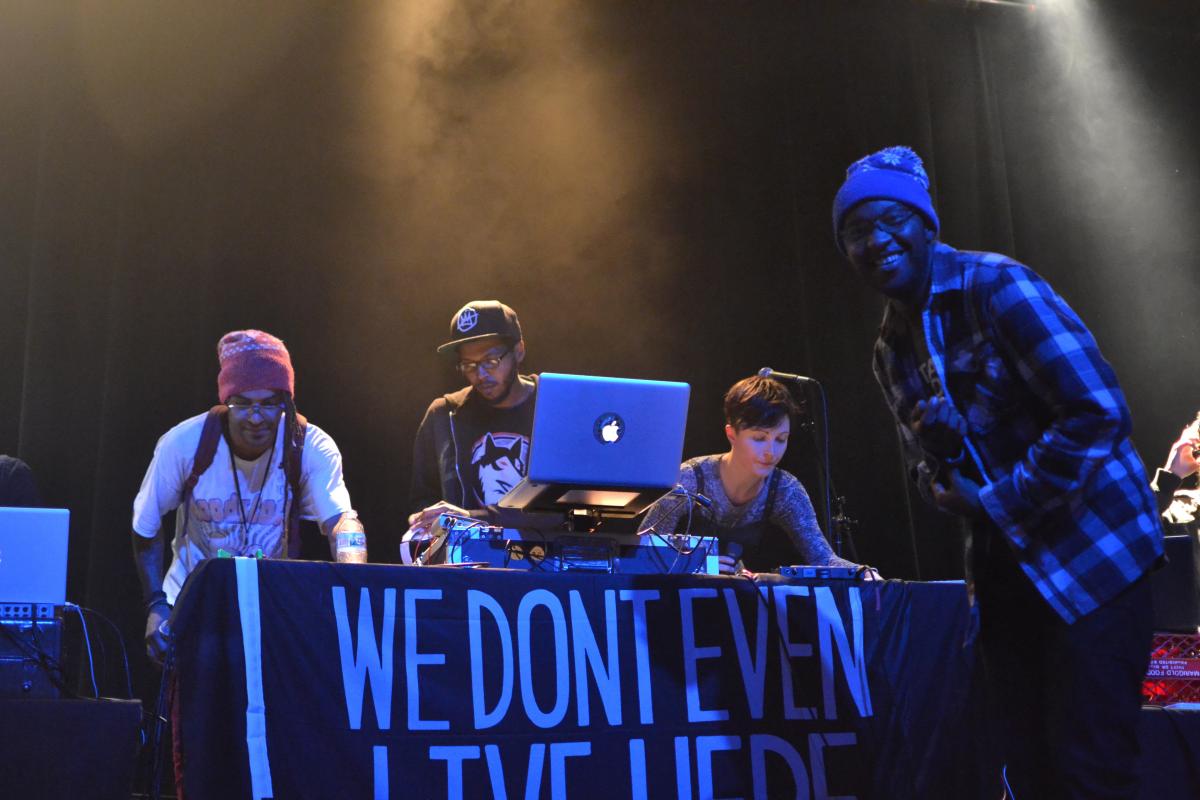 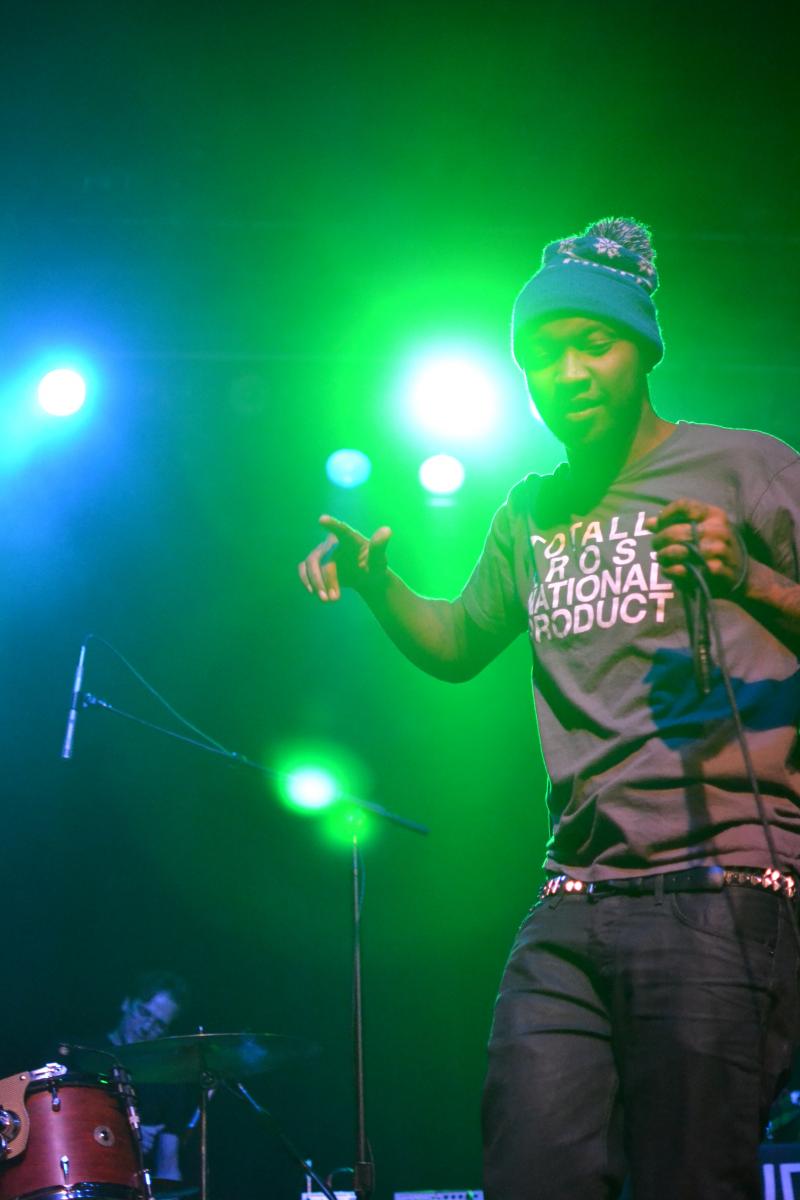 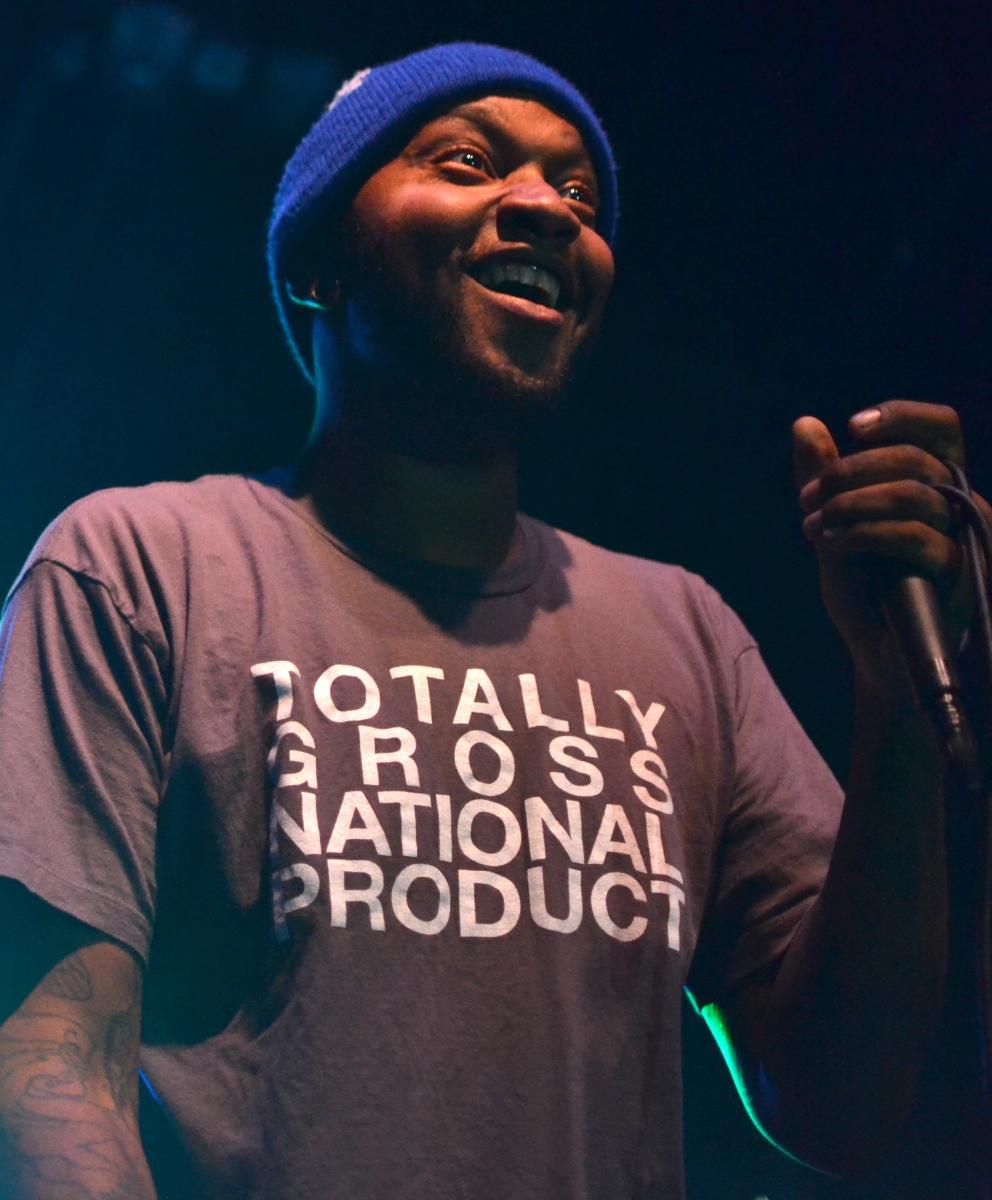 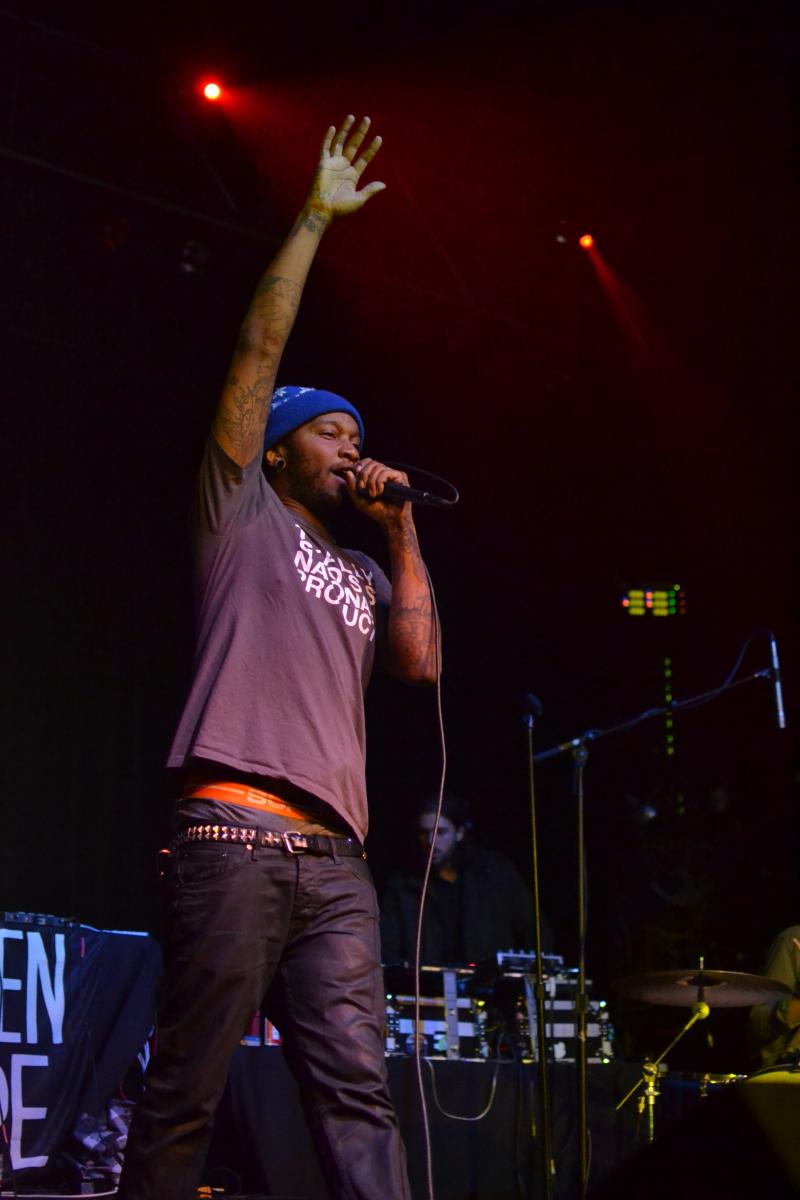 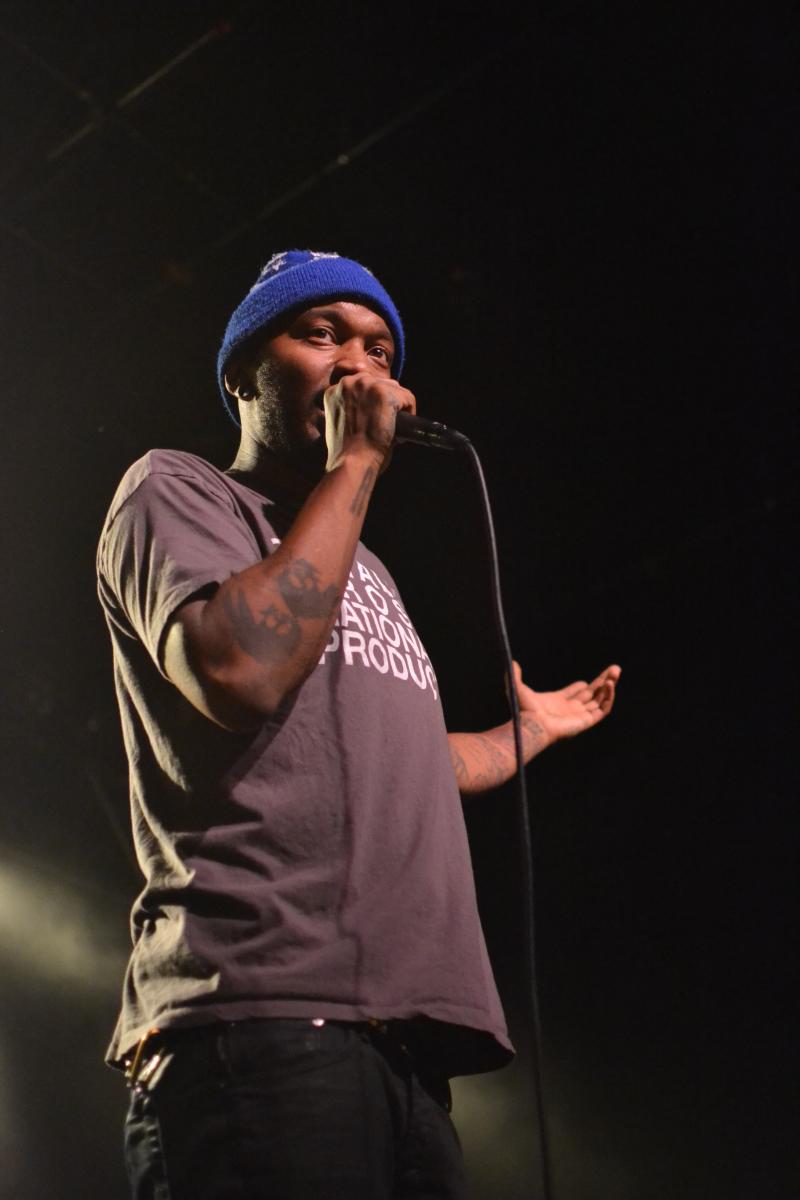 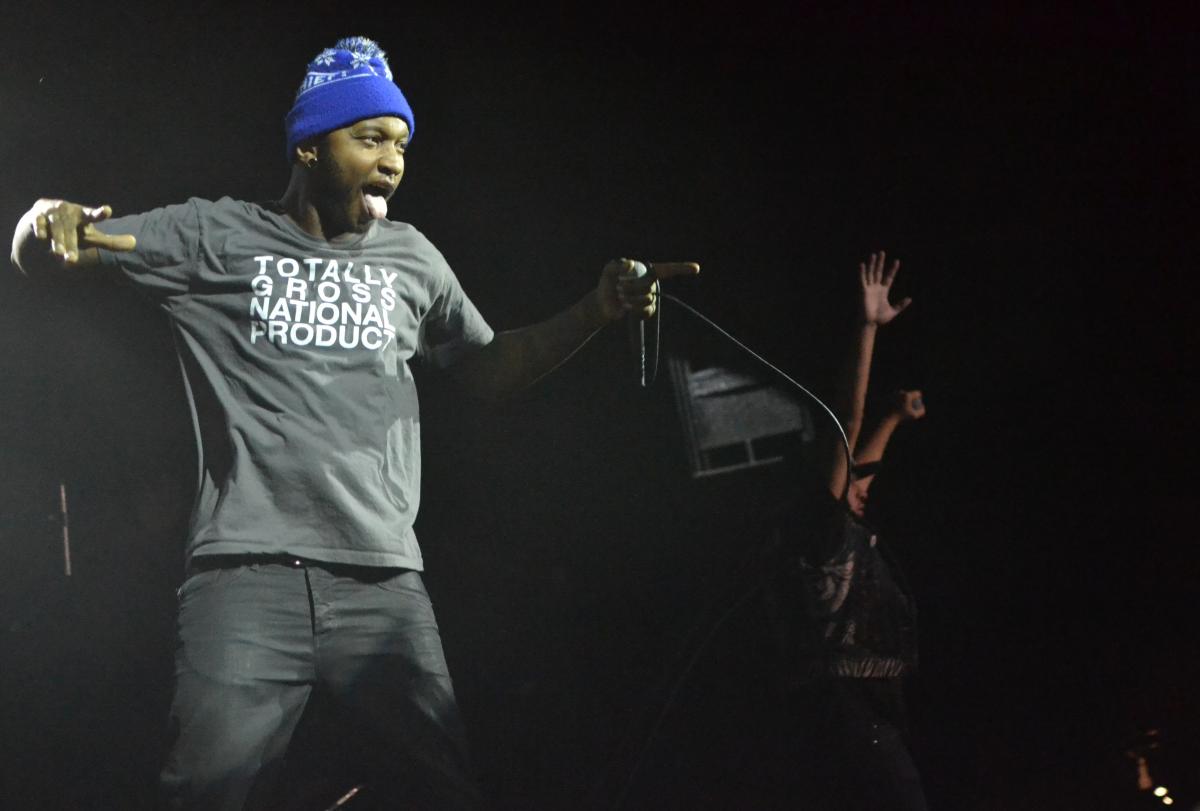 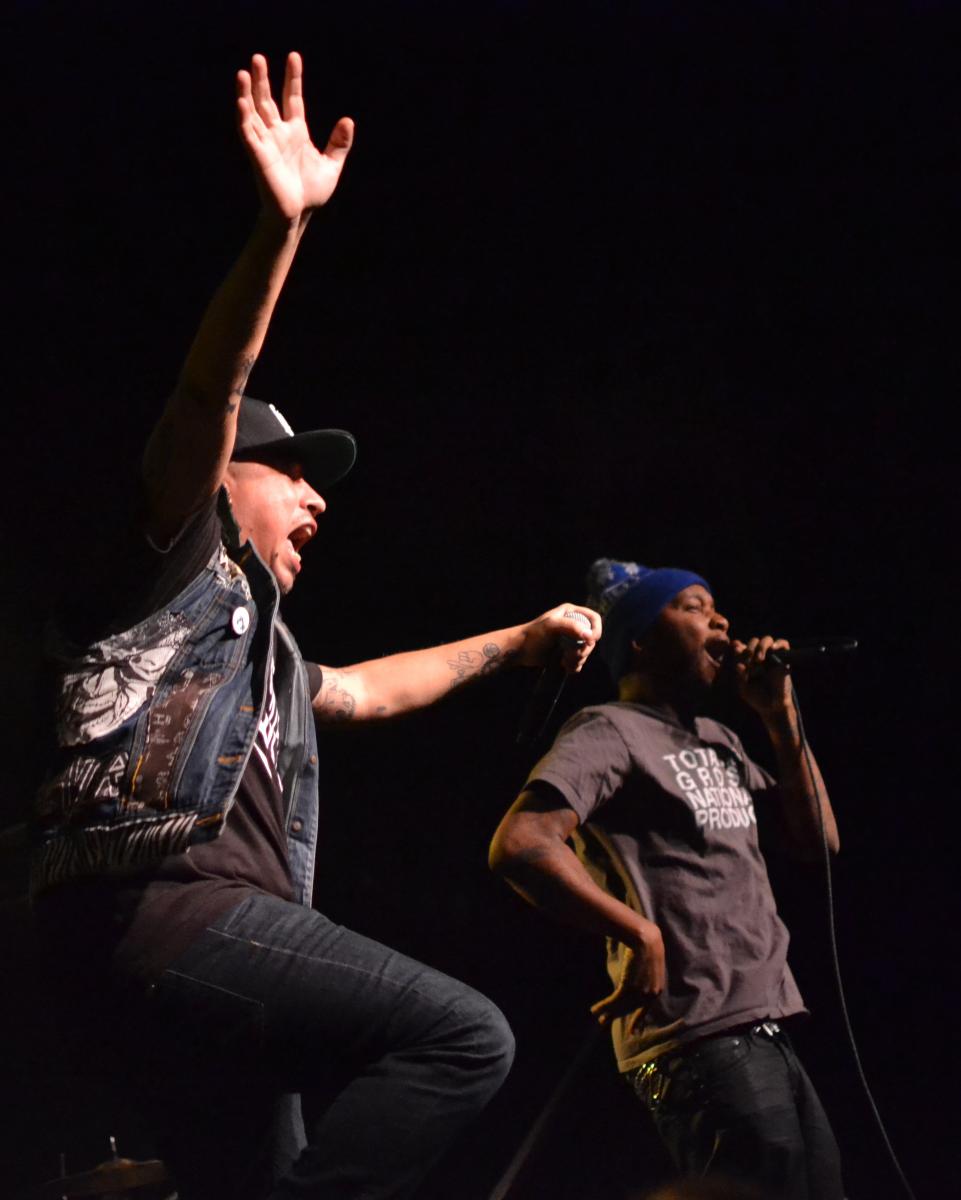 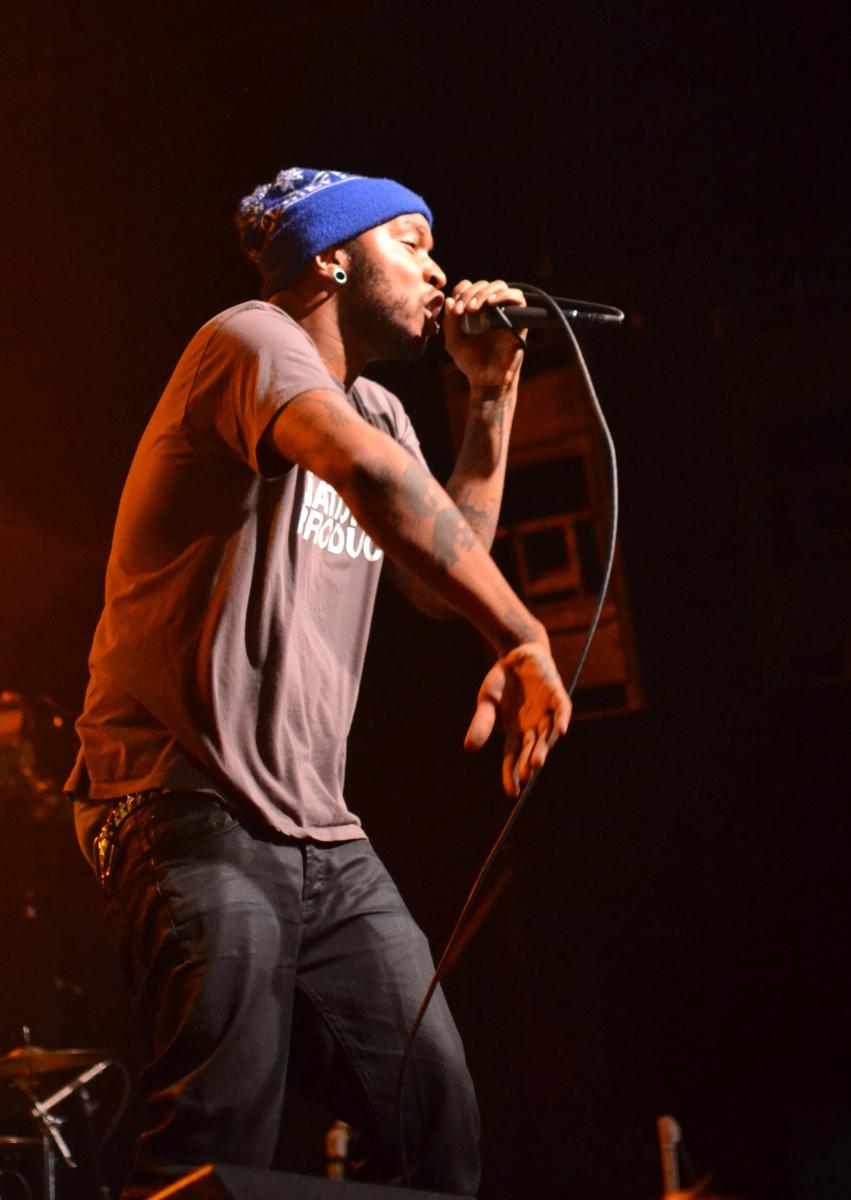 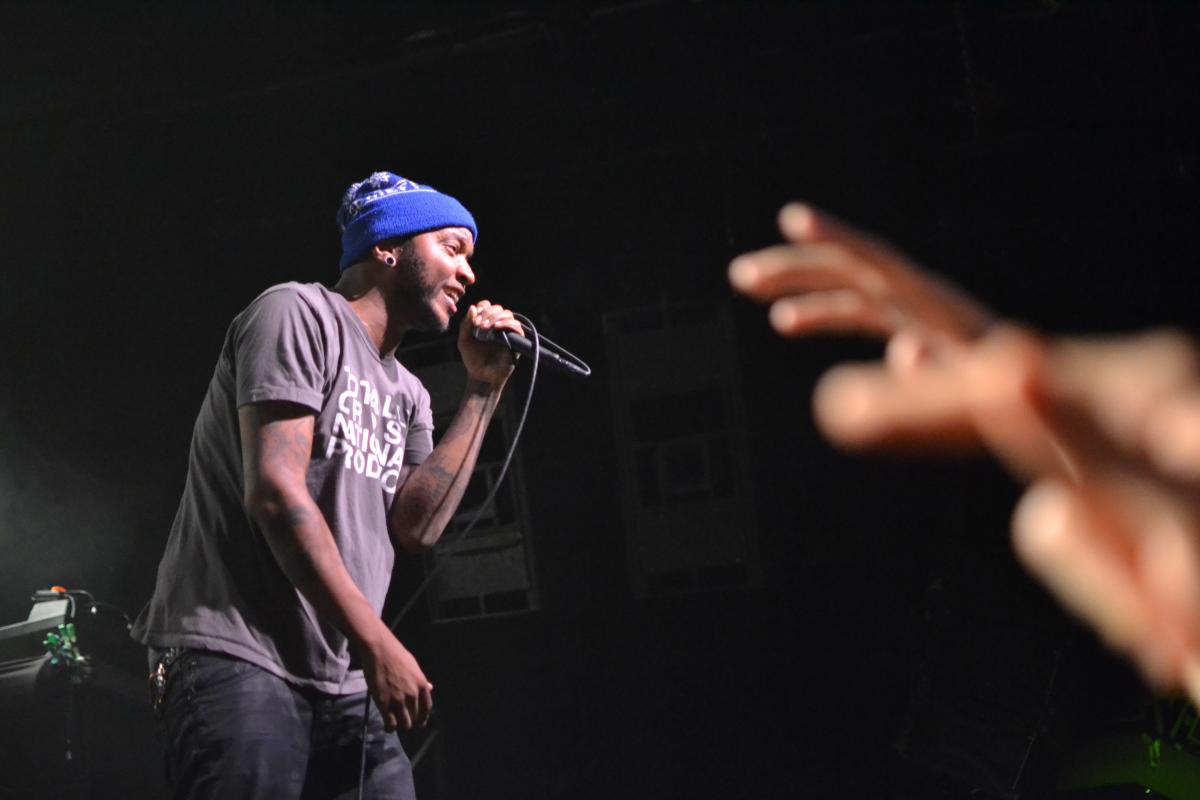 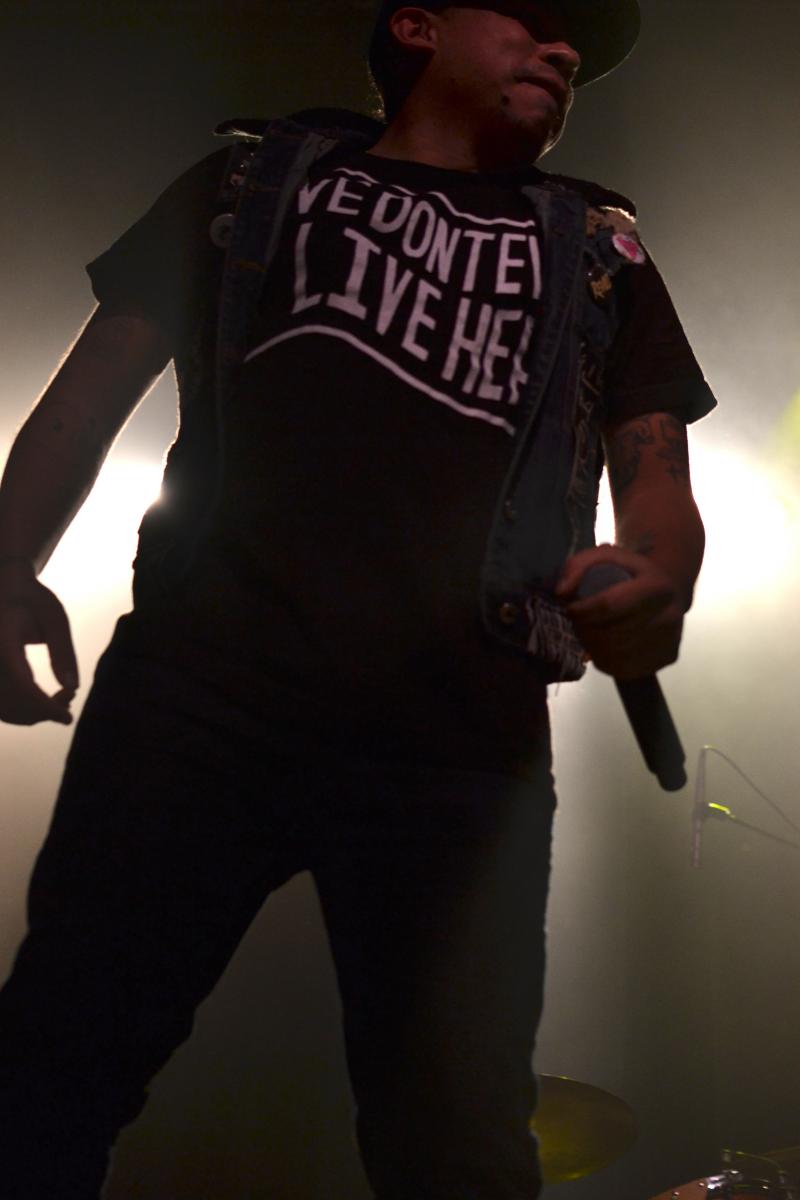 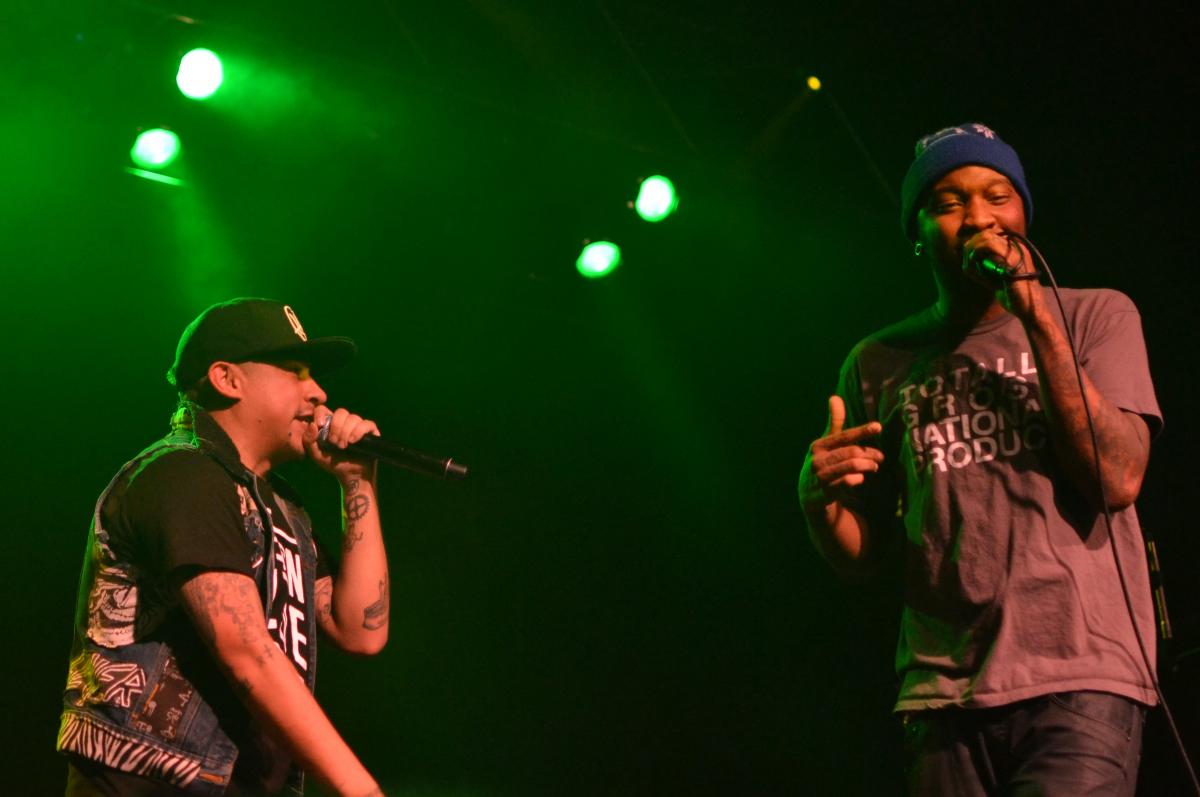 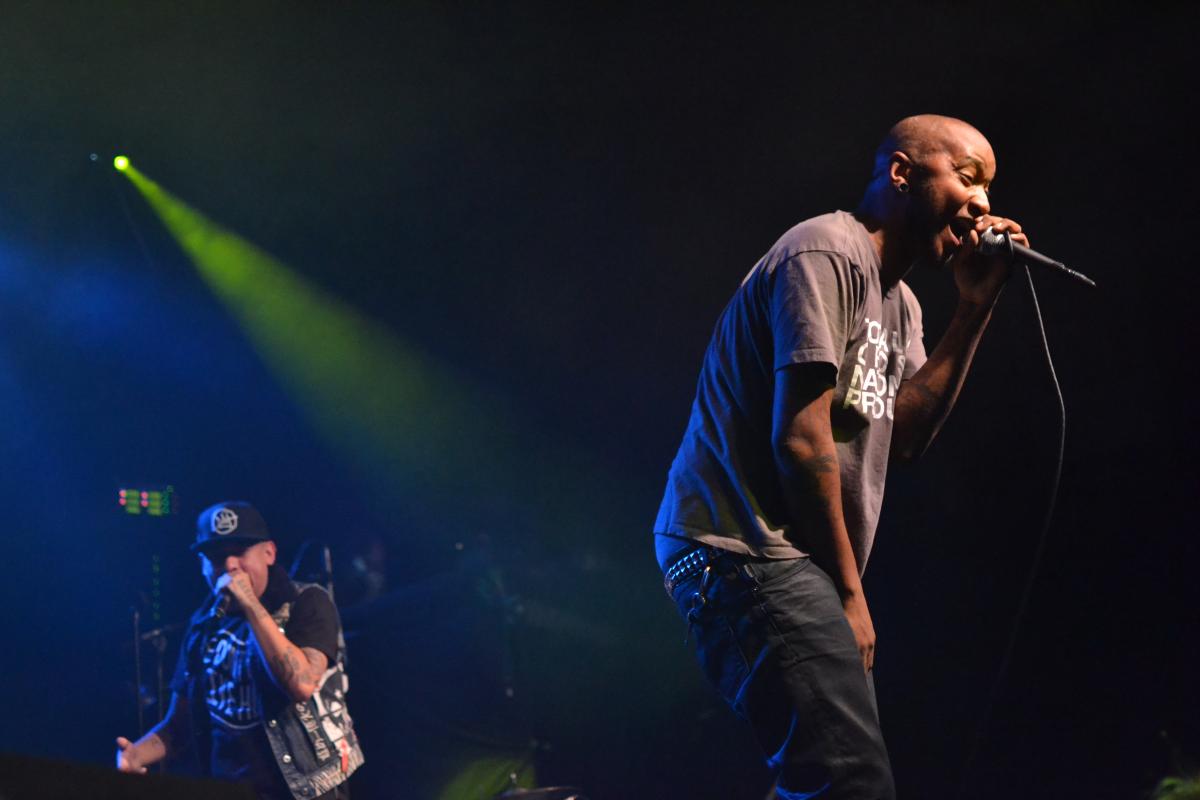 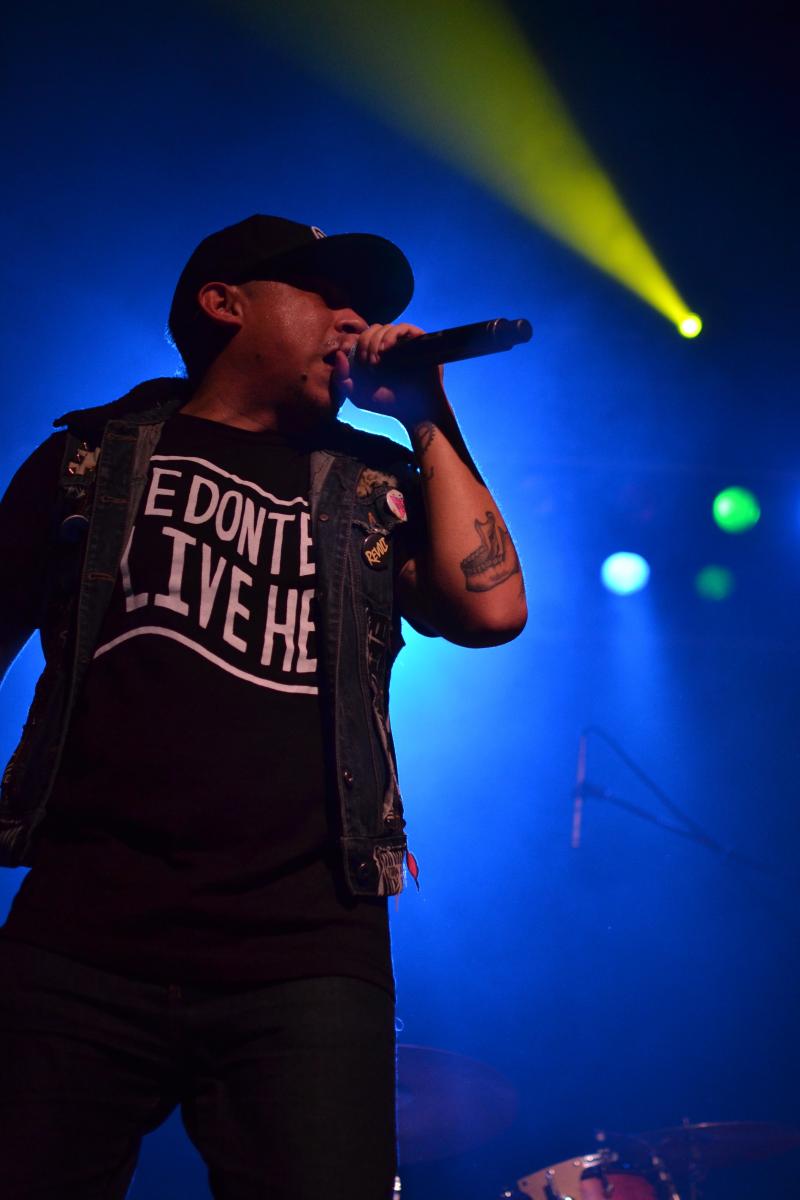 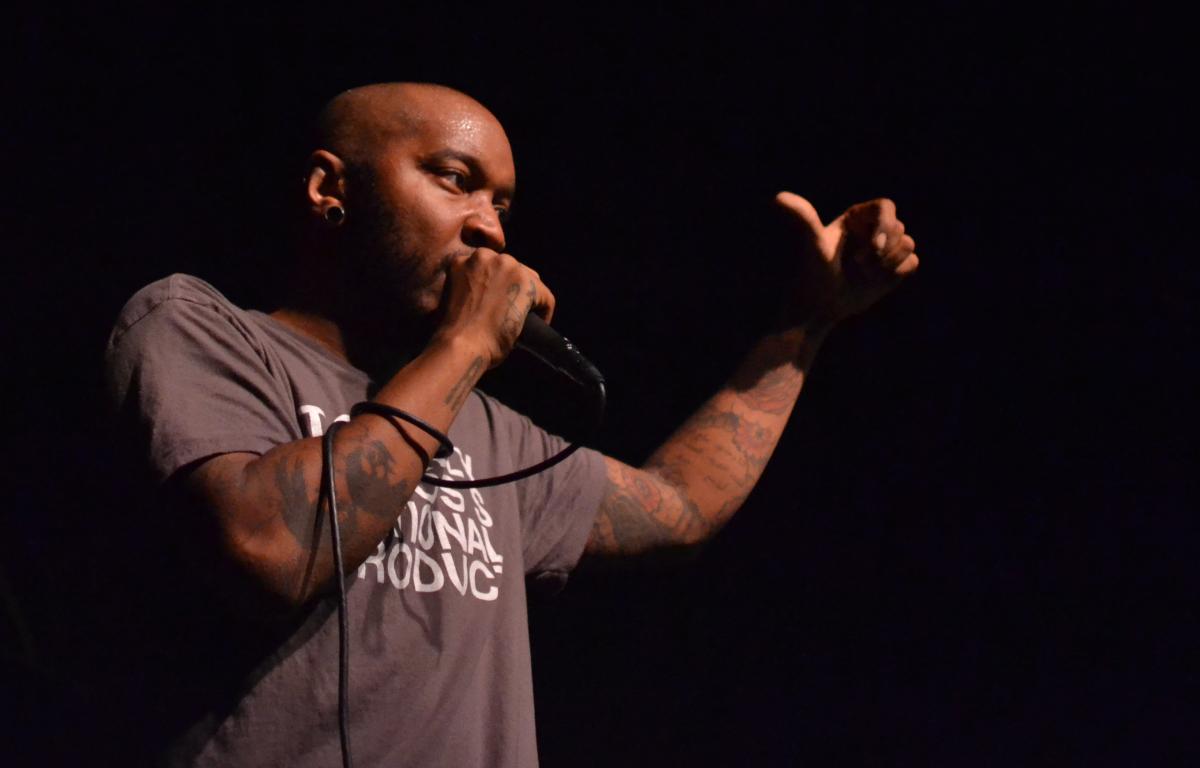 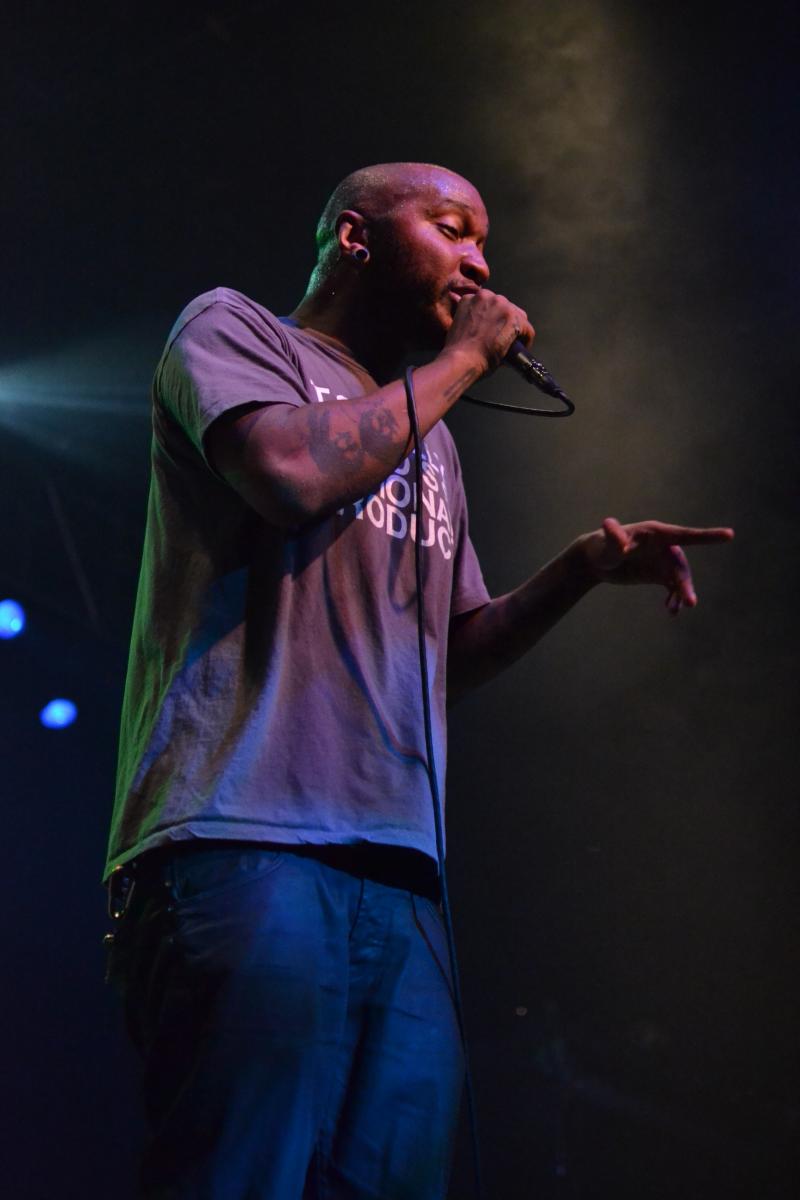 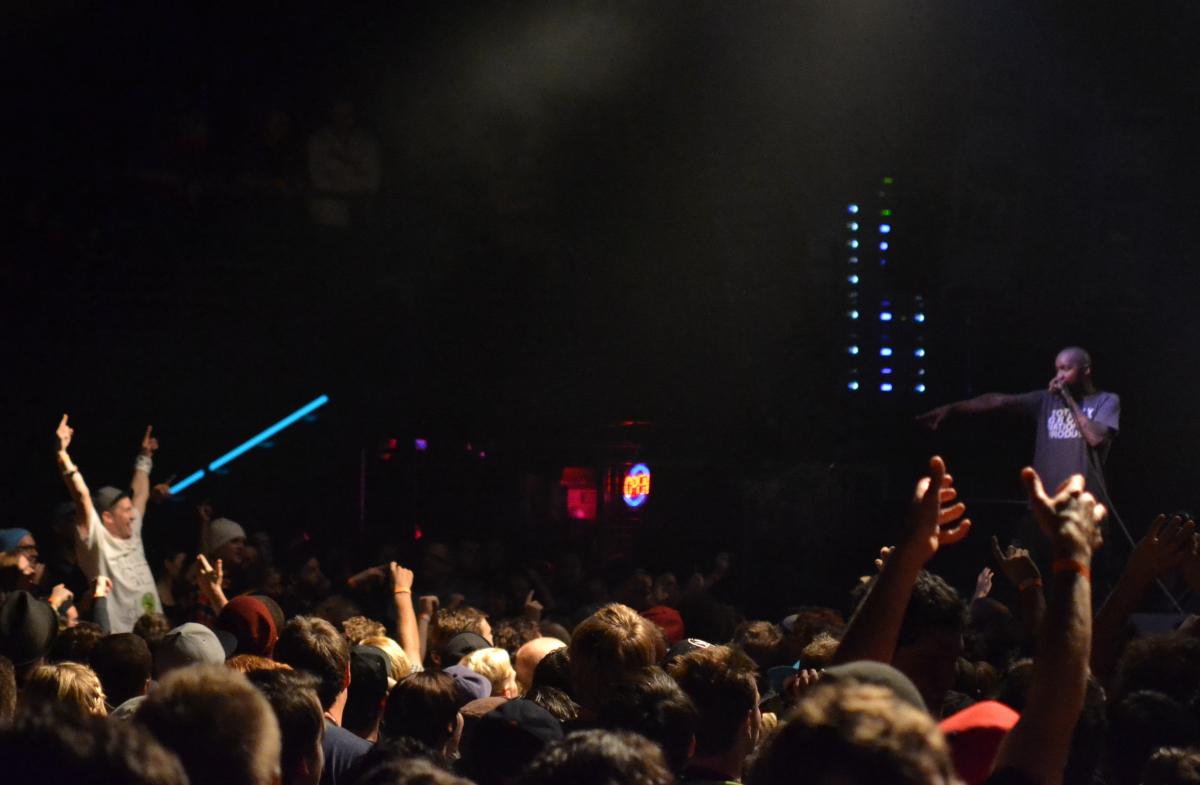 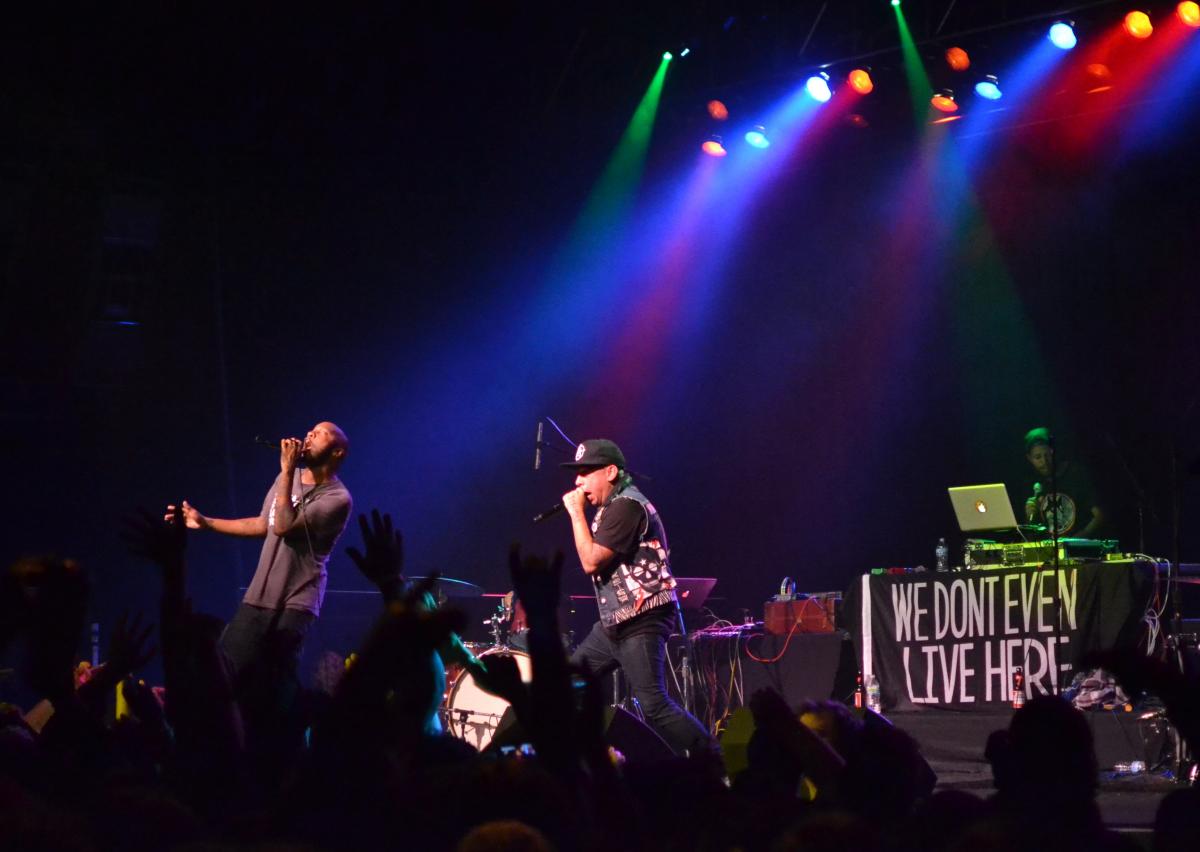 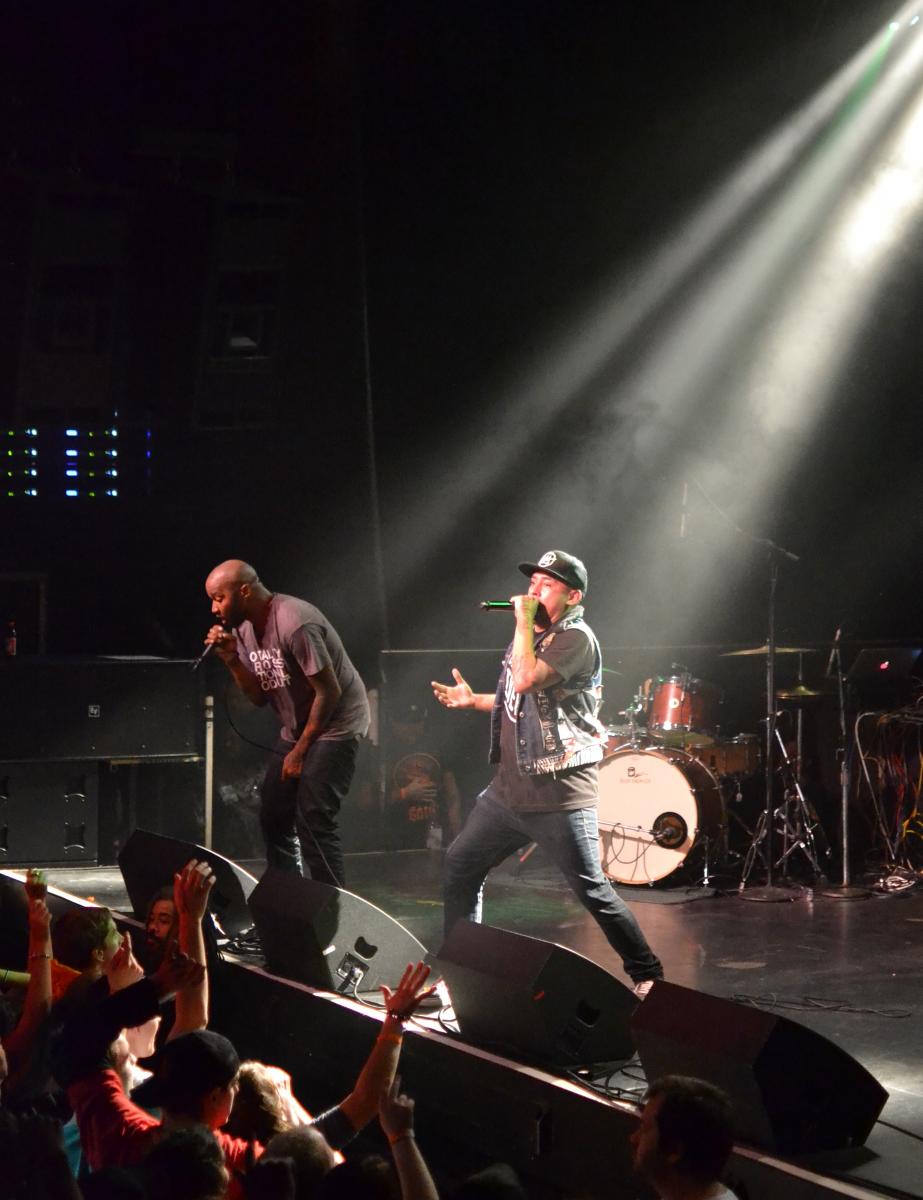 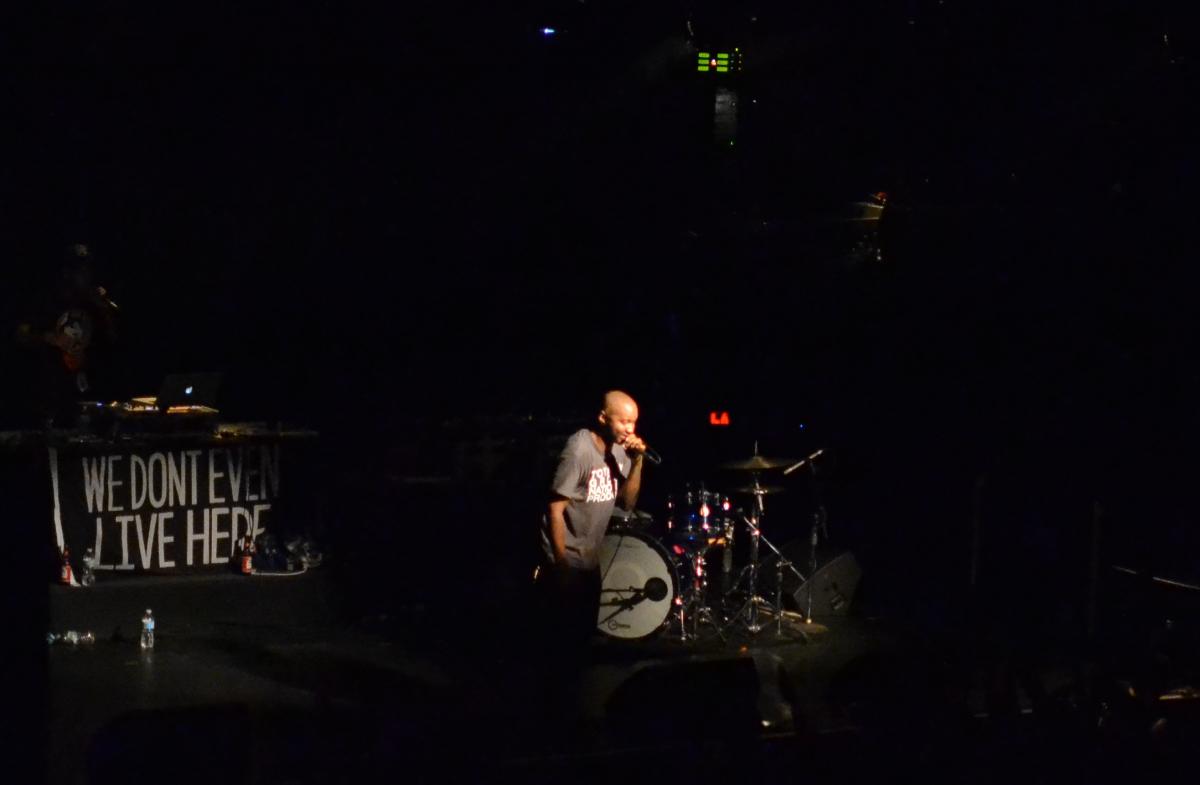 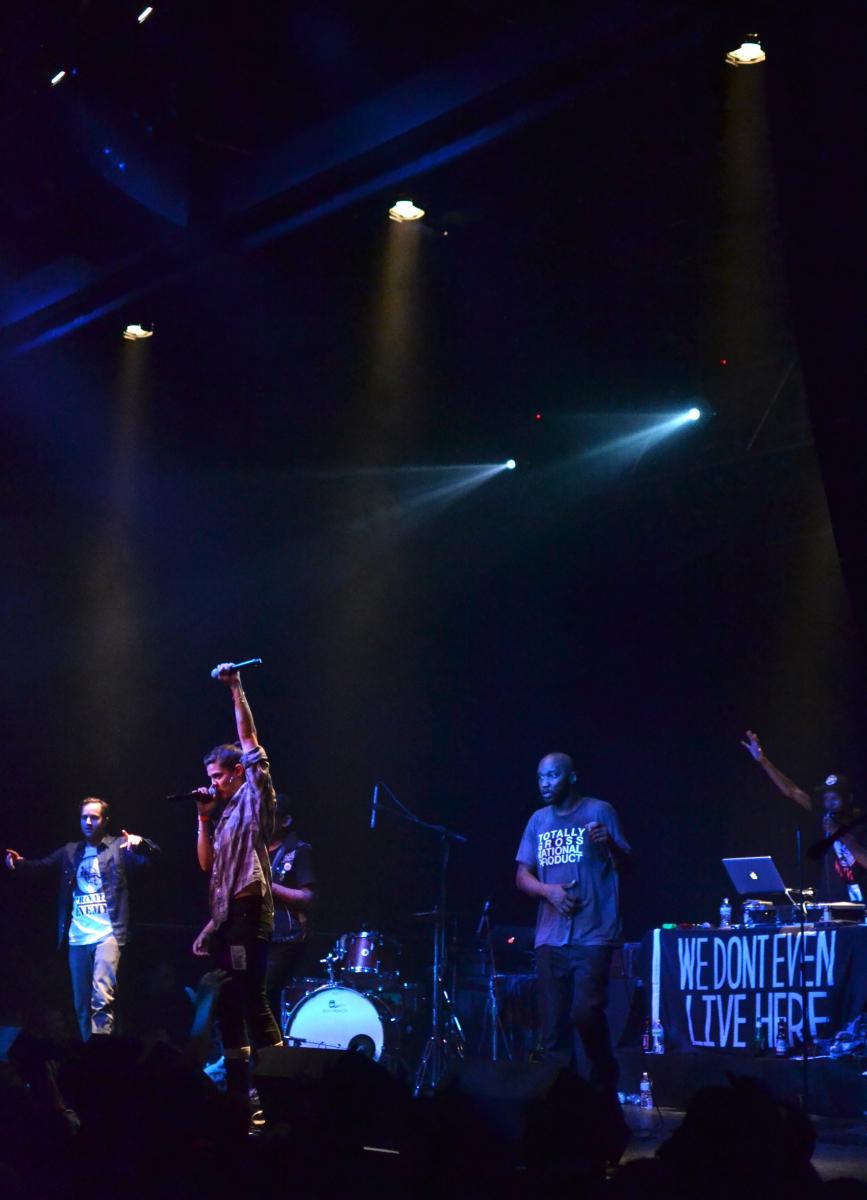 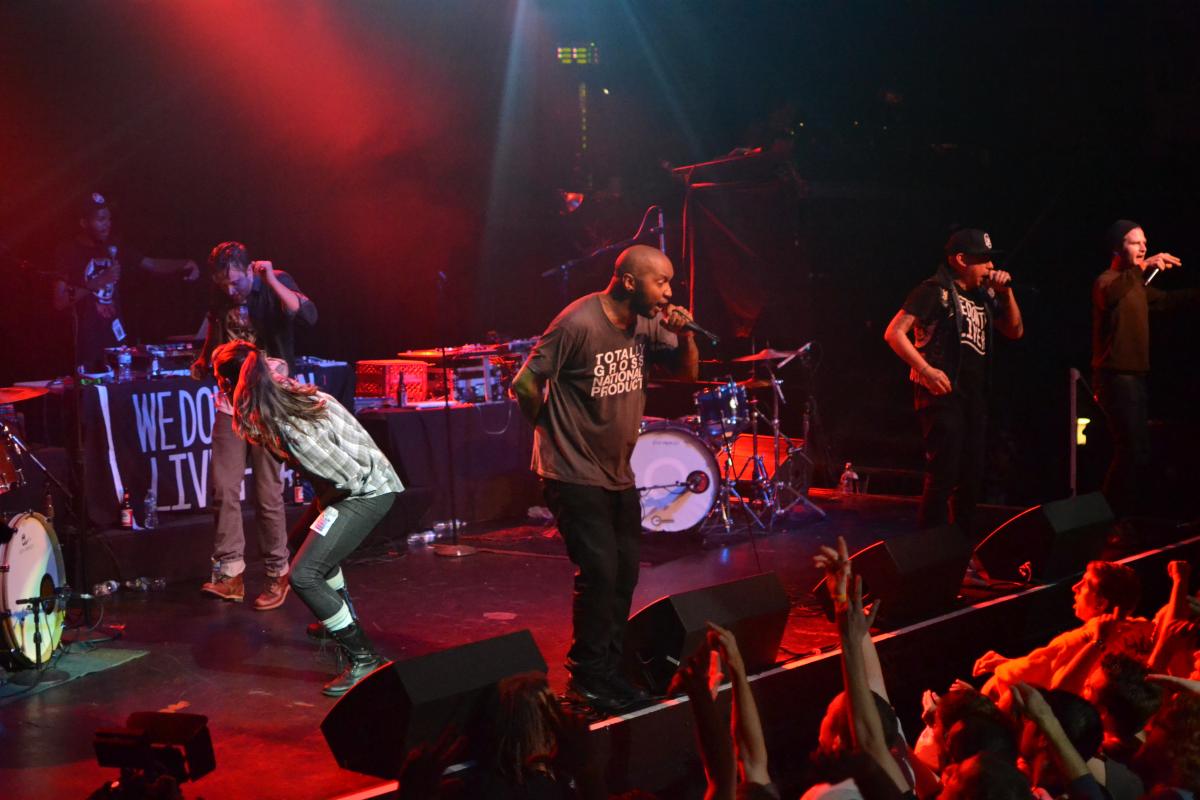 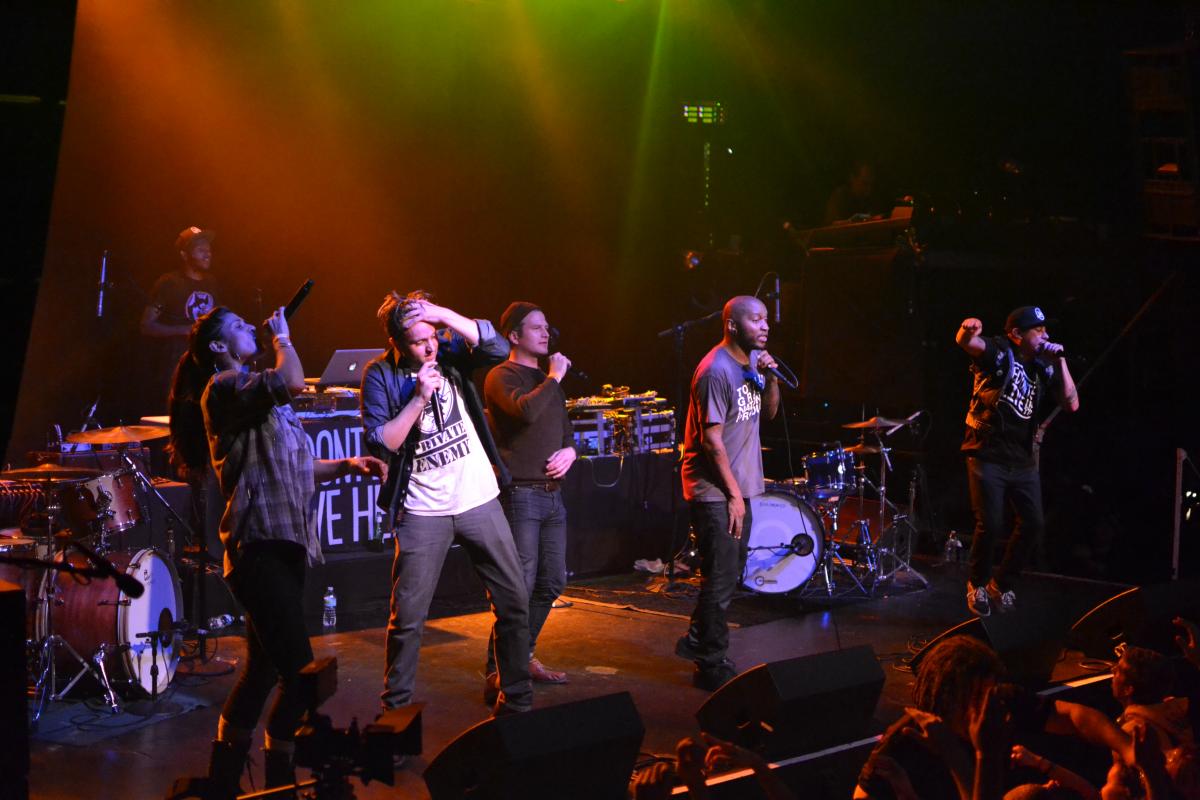 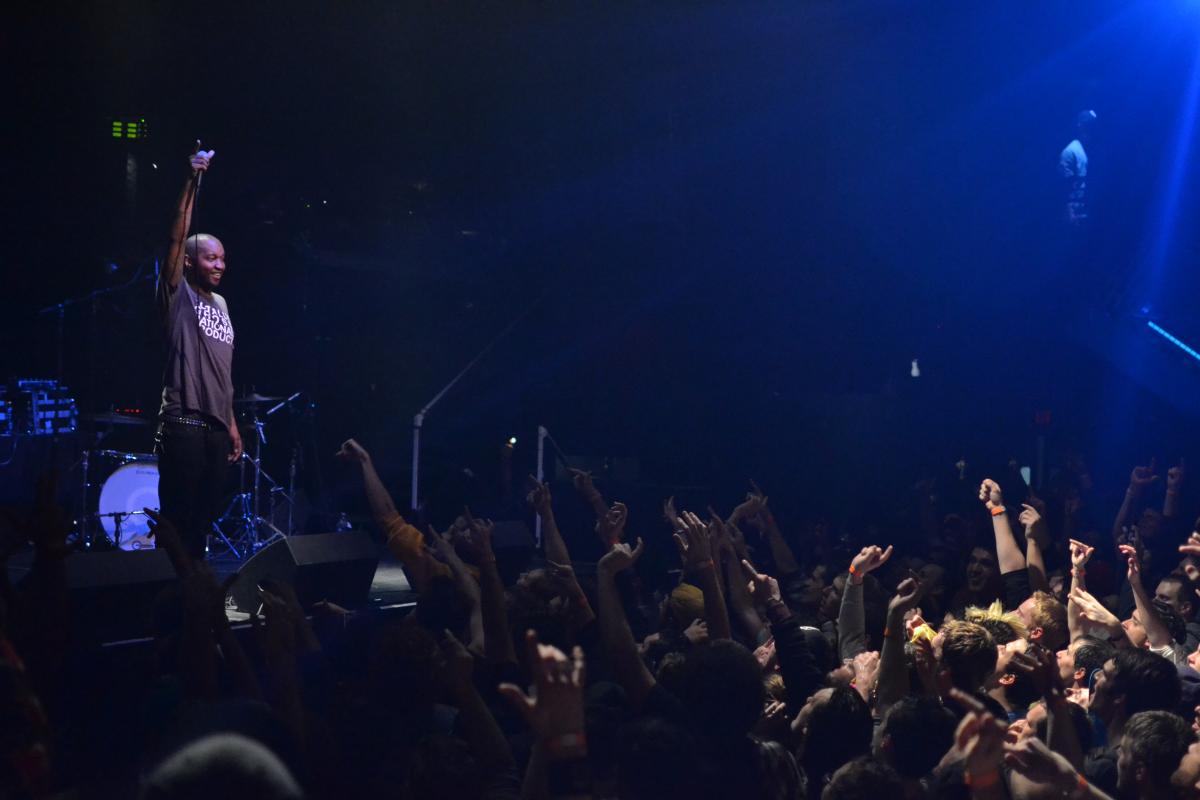