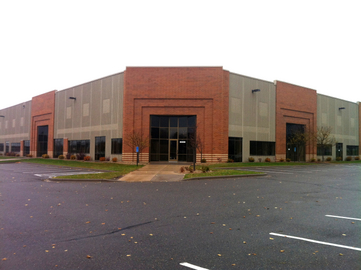 Construction site at Pelham and Wabash.

After a lawsuit with the City of Saint Paul and vigorous community objections, construction is underway at Industrial Equities’ new 68,000 square foot office and warehouse building on the corner of Pelham and Wabash.

The conflict over plans for the site involved the St. Paul Port Authority, City Hall, the Union Park District Council, and other neighborhood groups.  In the wake of the Ramsey County District Court decision in favor of Industrial Equities, important questions remain for residents and businesses in the community.

How did the taxpayer-funded Port Authority come to support a for-profit business over the stated interests of community organizations and government?

Most importantly, what is the bottom line?  What did this development cost taxpayers, and what are benefits of the industrial development?

The Saint Paul Port Authority sold the future site of the Meridian Business Center to Industrial Equities for $1 after spending $3.6 million to acquire the site in 2009 and prepare it for development.  In an interview, President Louis Jambois stated that the Port Authority’s actions were in line with its fundamental mission: to promote “quality job development, tax base growth, and sustainable redevelopment.”

“We all live in housing of some kind, we all roll in and out of retail every day of our lives, many of us work in an office setting – we all have decent understanding of that stuff.  Very few of us ever go into an industrial building and understand what it does for the community,” said Jambois.

“Some people in the community may say they do not want industry in St. Paul, but it is born of a lack of understanding.”

He particularly emphasized one metric that everyone can understand: jobs.

Jambois predicts that this facility will create 68 jobs for the community, saying “about 1 job per 1000 square feet is standard for this type of development.”  He indicated Industrial Equities is contractually obligated to prioritize job-seekers from St. Paul and pay a minimum of $11 an hour under a 10-year workforce agreement.

This agreement allows Port Authority to impose penalties for businesses that fail to comply.  “We haven’t really levied very many penalties,” said Jambois, noting that the Port Authority has discretion to consider any factors affecting the business, such as the recession.

Jambois claimed that jobs at Port Authority sites paid wages above the city average, citing a report on industry in St. Paul produced jointly with the Initiative for a Competitive Inner City.  He said the Port Authority  had recognized the need to better communicate the benefits of industry and decided to produce the report “before stuff hit the fan at Pelham.”
But “stuff” did indeed hit the fan at Pelham.  The conflict over the property began when City Hall voted unanimously to uphold an appeal against the site made by the Union Park District Council in October 2011.

“The Port Authority isn’t having the same conversation” said John Schatz, a community activist and member of the Union Park District Council.  He argues that community objections centered around the amount of parking spaces, the distance of the building from the sidewalk, and the overall design of the building – not the fact that the site was for industrial use.

Schatz said that community groups were willing to compromise on plans for the site, and offered several alternatives.  Ultimately though, he felt that the Port Authority “kept throwing up straw men, trying to change the topic, accusing people of being anti-business.”

“They fight communication, and they fight working positively with the community,” he said.  “People don’t know about the Port Authority, think it is a city department, and assume there is accountability.  It is a very unaccountable body, and acts like it.”

So how does the site and its 68 potential jobs now stand?  Construction has just begun, and owner John Allen could not be reached for comment on this story.  However, the entire site is listed as vacant on the Industrial Equities website as no tenant has yet been lined up.  A quick glance over other listings shows that the company may not have an easy time lining one up soon.  Within a 20-minute drive of the Pelham site, Industrial Equities list 341,148 square feet of vacancies – enough to encompass the new building more than 5 times over.