A quarrel within the ranks of America’s conservative effort to delay and derail last year’s health care reform will come to a head on Wednesday, February 16, when the House Health and Human Services Reform Committee takes testimony on draft language for a bill that has yet to be introduced.

Conservative representative Steve Gottwalt, who chairs the committee, will be pitted against Twila Brase of the Citizens’ Council for Health Freedom (CCHF), who organized a Tea Party protest in Governor Dayton’s reception room last month.

It may prove to be a raucous affair, as Tea Party darling Brase is “an acknowledged master of political theater,” according to the Star Tribune. And certainly, after being outflanked by the governor’s gracious civility in January, Brase may need to demonstrate to the cameras that she’s got her oppositional mojo back.

As near as I can tell, the St. Cloud area representative has been working in good faith to draft a workable bill. On February 8, he posted on his Facebook page:

Steve Gottwalt Has been working with key stakeholders to develop insurance exchange legislation that keeps Minnesota in the driver’s seat. The bill is ready for introduction.

But Brase and her supporters have different plans. The CCHF sent out a call to action (via the Minnesota Prager Discussion Group):

OBAMACARE ALERT!
Come to a MN hearing on Wednesday. We need everyone to come!
On Wednesday, February 16, at 2:30 p.m, GOP state Rep. Steve Gottwalt (R-St. Cloud), chairman of the MN Health and Human Services Reform Committee, is holding a hearing on his bill to create the Obamacare Health Insurance Exchange in Minnesota. The Exchange is the “command and control” infrastructure of Obamacare.It will limit health insurance choices, comply with Obamacare mandates and controls, and collect and share private medical and financial data without consent.
Short List of Concerns:
The bill mentions the “Affordable Care Act” (Obamacare) a whopping 38 times. The U.S. Secretary of Health and Human Services (federal government) is mentioned 20 times. The Internal Revenue Code (IRS) is mentioned 6 times. The word data is mentioned 21 times. The data is treated as government data under Chapter 13. The Minnesota Department of health is given surveillance powers. Citizens would not be allowed to seek redress or protest Exchange actions under the Administrative Procedures Act. The Exchange is established “to exist in perpetuity.” (p. 4)
What you can do:
1) Come to the hearing on Wednesday (see below). Bring your family and friends. Let’s flood the hearing room.
2) Ask to testify (call Holly at 651-296-4305 to sign up; Call CCHF if you want help with your testimony)
2) Contact your state Representative and Senator and tell them to oppose the Health Insurance Exchange (House bill has no number yet and there is no Senate author yet)
3) Contact every committee member by phone and email them to oppose the Gottwalt Health Insurance Exchange bill (All members are GOP except Liebling, Fritz, Hosch, Huntley, Loeffler, Moran, Murphy, Norton, and Peterson)

Brase testified in favor of Sen. David Hann’s Freedom of Choice in Health Care Act (SF 33) on January 26. Mostly, Brase is one of the GOP’s own “third-party experts” and allies.

A bit of background: one key element in last year’s federal Patient Protection & Affordable Care Act was the creation of health insurance exchanges where consumers who aren’t covered by their employers can purchase insurance. States can set up their own exchanges; should they fail to do this, the federal government will assume that role.

The arrangement creates a dilemma for Republican governors and legislators. Should they abstain from helping to create the mechanisms of what they call “Obamacare,” in the hope that the law will either be tossed by the courts or repealed by Congress (and signed by a hypothetical new President in 2013)–or work to create state-controlled exchanges? Or should states be given complete discretion in the way the exchange are created?

Earlier this week, MedCity News reported in Health insurance exchanges should be controlled by states, say GOP governors that 20 Republican governor sent a list of demands for changes in the way state-based exchanges can be administered, along with an “our way or the highway” statement:

“We hope the Administration will accommodate our states’ individual circumstances and needs, as we believe the PPACA in its current form threatens to destroy our budgets and perpetuate and magnify the most costly aspects of our health care system. While we hope for your endorsement, if you do not agree, we will move forward with our own efforts regardless and HHS should begin making plans to run exchanges under its own auspices,” they wrote. 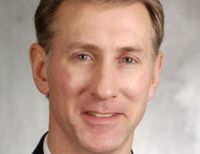 The governors’ letter is just a taste of the political storm Gottwalt’s committee is stepping into on Wednesday. (The bill is drafted but not yet introduced; hearings on legislation not yet in the hopper is standard fare in state legislative committees)

In a Citizen Report of Dissent, the group, then called the Citizens’ Council on Health Care, along with other conservative ideological organizations, opposed the provision The health insurance exchange language was removed from proposed health care legislation by the end of March, 2008 (Martiga Lohn, “Major health care bill divides Minn. Senate Democrats,” Associated Press, March 28, 2008, Nexis All News, accessed 2/12/2011).

Here’s betting that Brase and Gottwalt aren’t going to see eye to eye. Get the popcorn.

Update: A shortened version of the CCHF alert is also up on True North, posted by GOP gadfly Sue Jeffers, although Jeffers fails to identify it as a message from CCHF.

Photo: Brase organized a Tea Party protest in the governor’s office in January. Will she be able to rally as many rowdy supporters in the coming week as she did then? Will Gottwalt be as nimble as Dayton if she does? (photo via The GH Spin, above); Steve Gottwalt (below).