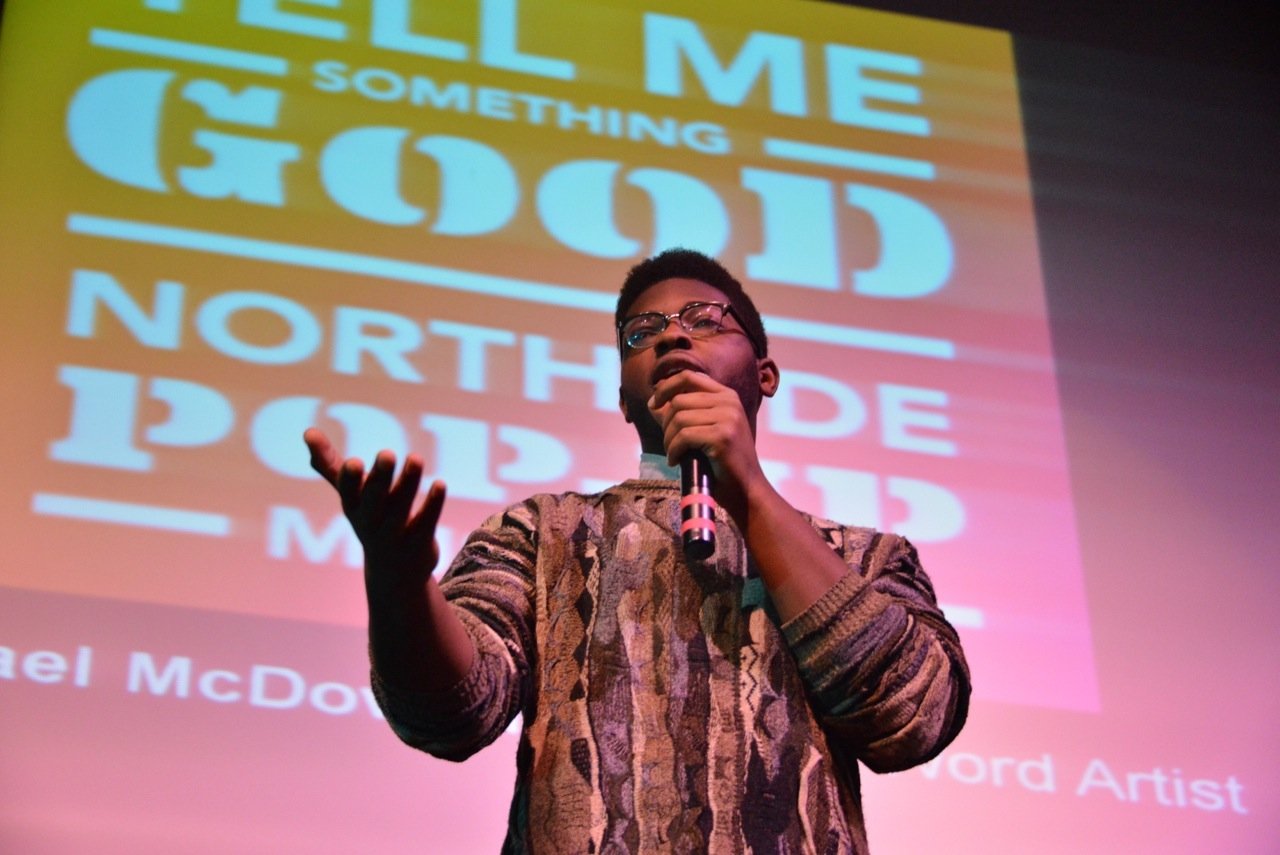 On October 30, artists of all kinds came out to show the colorful face of North Minneapolis, in the Tell Me Something Good pop-up museum.

Hosted by the Capri Theater on Broadway Avenue, the event provided a forum for local artists and community members to combat negative views of the Northside by showing some of its good side.

Pop-up museum have appeared all over the country in various forms but all seek to use audience participation to create dialogue on specific issues.  In this instance, numerous participants came together to tell an authentic Northside story.

“Stories can be shared in a variety of ways,” said Amoke Kubat, a local artist and activist who spearheaded the project. “For some people the artifacts of our experience help them to find their own hidden narrative.”

There were two parts to Wednesday’s museum —  a two-hour series of performances, and a gallery of visual art and audience contributed artifacts. Some of the visual art and artifacts are shown in the slideshow at the top of this article.

The performance side of the event was hosted by Kubat with the help of another local artist, Truthmaze.  Song, poetry and spoken word, told stories ranging from children’s memories of their parents’ love, to parents’ memories of the violence that claimed their children.

“With so much of the conversation out there being what’s wrong with the Northside, its great to hear what’s right, and there’s plenty of it,” said Northsider Brian Mogren.  “I left energized and inspired, hoping that this would become an annual event. There’s so much more good stuff happening out there to be shared and celebrated.”

The evening’s display of art and story was the culmination of eight weeks of workshops run with the help of another local artist, Keegan Xavi, to help empower Northsiders to tell their stories.

“It was hard to get people interested at first, they just didn’t know how to tell their stories,” said Kubat.  “But it didn’t take long before we had nine or ten people trying to get involved at one time.”

The pop-up museum was made possible by a Story Circle Grant from the Minnesota Humanities Center.

“We’d love to do it again,” said Kubat.  “But with these things it’s all grant based, we’d need another.”