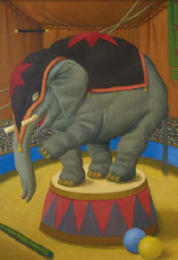 It was no surprise to anyone when Senate Minority Leader Dave Senjem was pushed aside after his caucus rose to power following the 2010 elections. PIM reported in early October 2010 that Geoff Michel, David Hann and campaign top dog Amy Koch were vying to lead the caucus.

(Earlier in the spring of 2010, that coming electoral victory was thought a mostly idle boast by one not given to bragging. As the election loomed, a reason for a new leader).

What’s fascinating about his return to power? The blandly genial Rochester senator’s willingness to accept the leadership team he now carries with him–and the claim that it took the caucus 11 hours to conduct one ballot.

Maybe the caucus needed lessons in how to sing “Kumbaya.“

Ironies abound–take the case of Paul Gazelka. The Uptake’s coverge of Senjem’s anointing, New GOP Leader “Not Ready” To Reconsider Anti Gay Amendment, is entirely in the present tense. Consider, then, that Senjem voted for it).

Back in late April, the Brainerd Dispatch reported in Gazelka wants marriage definition to be decided at the polls in ‘12:

Gazelka, Sen. Warren Limmer, R-Maple Grove, and Sen. David Hann, R-Eden Prairie, had each proposed constitutional amendments on this issue but will now combine their efforts. Gazelka said at a minimum he would be a co-author of the bill for an amendment defining marriage in the state Constitution. . . .

Gazelka said he and the other lawmakers want gays and lesbians to live as they chose but they don’t want them to redefine the traditional definition of marriage as being between a man and a woman.

Gazelka wasn’t a co-author on the final bill, and the traditional definition of marriage was redefined by straight people to include “one man, one woman and one staffer.” Gazelka’s absence on the list of co-authors is as surprising (or as ironic) as his presence on Senjem’s leadership team.

In 2010,Gazelka challenged the only openly gay Republican state legislator in Minnesota, Paul Koering and awas endorsed by the district convention. When Koering primaried him, PIM reported that State GOP goes after Koering in SD 12, conducting oppo research on a sitting member of the Republican senate caucus.

Senjem put in an appearance:

But not everyone in the party is OK with dirt digging as a campaign strategy. When the story first broke last week in the Brainerd Dispatch, Senate Minority Leader Dave Senjem, R-Rochester, characterized the investigation as a “witch hunt.”

“I’m disappointed with that kind of activity [by the party],” he told the Dispatch. “I’ve known Paul for eight years. I cannot in my wildest dreams imagine that Paul Koering has anything in his record that would be at all interesting. It’s probably as boring as mine. I’m simply not one to condone witch hunts.”

Sutton said he was “disappointed” in Senjem’s comments. “I understand where he wants to be supportive of a colleague in his caucus, but this is nothing new,” Sutton said, adding that it’s his job as the Republican Party chair to support the endorsed candidate, not necessarily the incumbent.

Senjem could not be reached for comment on the issue.

But the new Majority’s leader’s support for Koering’s candidacy didn’t stop there. According to an opinion filed on January 10, 2011 by the Minnesota Campaign Finance board, the Senjem for Senate Committee gave Koering’s upstart campaign $250, breaking Minnesota campaign finance law.

Senjem admitted to being confused about the whole thing, and the board agreed that he was, but one can certainly understand why at the time, the Republican caucus went with Amy Koch. Their bad.

He and Gazelka are apparently playing on the same team now.

Other ironic touches grace the new leadership team. Take Ted Lillie, whose campaign was managed by now acting MNGOP chair (and duly elected deputy chair) Kelly Fenton. Lillie seems to be able to play well with others, to the point than none of Bluestem’s elephantine companions could pin down where he stood on the stadium or expanding gambling. 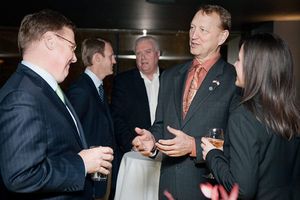 Bluestem went searching for answers and didn’t really find any, though it definitely seems like Senator Lillie gets invited to swell parties. One nice holiday party he went to was thrown earlier this month by Public Affairs Company, which famously got a nice contract from Citizens Against Gambling Expansion (CAGE) to do public relations, as well as forming a strategic alliance with then party chair Tony Sutton. The Star Tribune mentions both transactions in this well-read article from May.

A photo of Senator Lillie (tall guy on the right) standing beside Kristen Sheehan, a PAC employee and wife of Senate whistleblower Cullen Sheehan, was selected to be the cover of the Facebook album illustrating the fun people had at the reception. (According to a November 9 press release issued by Rebecca Klett, Director of State Government Relations for lobbying law powerhouse Lockridge Grindal Nauen, Mr. Sheehan was joining the firm and speaking of his work at the state senate in past tense. Bluestem is totally puzzled as to why veteran political analyst Sarah Janecek was unable to place his start at LGN in her timeline).

Why are these people smiling? Wouldn’t you be?

While many Republicans have darkly alluded to tribal gaming interests clogging the works for the stadium, few have named the powerbrokers in the Republican Party of Minnesota like Wisconsin dwelling fellow traveler PAC honcho Steve Knuth who lobby or “public affair” for those interests.

After all, it’s rather difficult to murmur about the dirty dealings of a racial out-group like American Indians if you identify those in your own party, like Jack and Annette Meeks, Ted Grindal, and former chair Chris Georgacus, who include tribal business interests as clients.

Bluestem also concludes that the recent internal wars among Minnesota’s Republicans split among multiple faultlines, however much those on various sides of the stadium and gaming divides tried to take advantage of the power vacuum.

Claire Robling: The Girl in the Room

Finally, there’s Claire Robling on board. While she stayed away from the now infamous all-male press conference in which Senjem and three other guys were shocked! shocked! shocked! by inappropriate relationships that Geoff Michel so didn’t know about (a ruse to protect the identity of Mr. Sheehan), Robling was one of the group of Republican state senators which confronted Koch in a “long and tough conversation” about her behavior.

Some odds and ends of Senjemia: Although the genial Senjem routinely visits Tea Party rallies, the local anti-government crowd just as routinely bashes pro-development bills the legislator carries for the Rochester business community.

Rochester Tea Party Patriot Cindy Maves squawked about the sales tax legislation he introduced for the Mayo City (see Tea Part Patriots rip Rochester sales tax proposal for the deets) and state representative Duane Quam whined about Senjem’s willingness to bond in order to keep a roof over college classrooms. And Ken Avidor informs us that he’s a quiet supporter of the PRT wannabe-boondogglers.