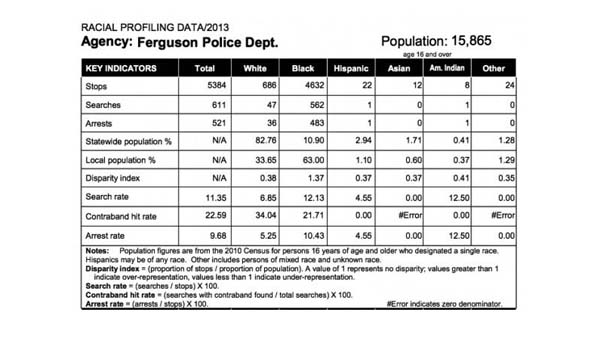 Last year, long before most people had heard of Ferguson, Missouri, the United States Supreme Court struck down a key provision of the Voting Rights Act, in essence declaring that racism in the United States had ended.

Fast-forward more than a year and Ferguson resembles nothing more than a warzone after the protests over the shooting death of 18-year-old Michael Brown by a Ferguson police officer. The protests — initially peaceful — turned violent due to a heavy-handed response by police, using military equipment and S.W.A.T tactics.

Ferguson, a suburb of St. Louis, has 21,000 residents, two-thirds of whom are Black, while its 53-member police department includes only three Black officers. Brown’s death at the hands of police was not only the latest racial incident embroiling Ferguson’s Black residents; it was the straw that broke the camel’s back.

Minneapolis has experienced racial unrest and protests at times over the years as a response to police actions, including, and especially, as a reaction to police shootings of Black residents. Unrest has led to the institution of a civilian review board of complaints against the police, and to federal mediation at one point.

Could a similar violent situation erupt in Minneapolis or St. Paul if nothing is done? We attempted to ask the chiefs of police of both Minneapolis and St. Paul to address these points of concern, but were unable to obtain responses.

Another aspect of the Ferguson situation that helped escalate the violence was the police use of military equipment and armor as part of its response. Many cities around the country have been acquiring military equipment from the Pentagon. By press time, we were unable to ascertain whether Minneapolis and/or St. Paul had received or were using such military equipment.

U.S. Representative Alan Grayson of Florida recently introduced an amendment to stop the militarization of local police departments, but it was overwhelmingly defeated. Rep. Keith Ellison voted in favor of the amendment.