Dozens of Minneapolis police raided a foreclosed home surrounded by Occupy Homes activists on May 30 and arrested 14 protestors. The raid seemed to contradict statements from Mayor RT Rybak and Police Chief Tim Dolan that indicated the city and its police were done assisting in the foreclosure and security was now Freddie Mac’s responsibility. (See sidebar for text of the mayor’s statement.)

Police finally dislodged occupiers on their third try on May 29. Afterward, police boarded up the house, the mayor’s office released a statement about the situation, and Dolan talked to reporters. The mayor’s office told Freddie Mac, “The City plays a limited role to protect public safety. The property is the responsibility of its owner.” At the house, Police Chief Tim Dolan said, “We’re done here. It’s their responsibility,” referring to Freddie Mac.

The Cruz family had lived in the house until it was foreclosed on by PNC, which owned their mortgage. The family says their mortgage was triggered by a computer error. Occupy Homes had been occupying the house to force PNC to renegotiate the mortgage.

After the mayor’s statements, activist Anthony Newby said Occupy planned to reoccupy the home. Late in the evening of May 29, though, Minneapolis police still seemed to be guarding the house, indicating a reoccupation could be contentious.

Activist Camille Roberts said that about 100 demonstrators surrounded the house at 4044 Cedar Ave. S. at around 8:30 PM on May 30. She said two private security guards were at the house but unable to stop the activists. Then, Roberts said, activists removed the boards covering the front and back door and some sat down in front of the now open entrances. 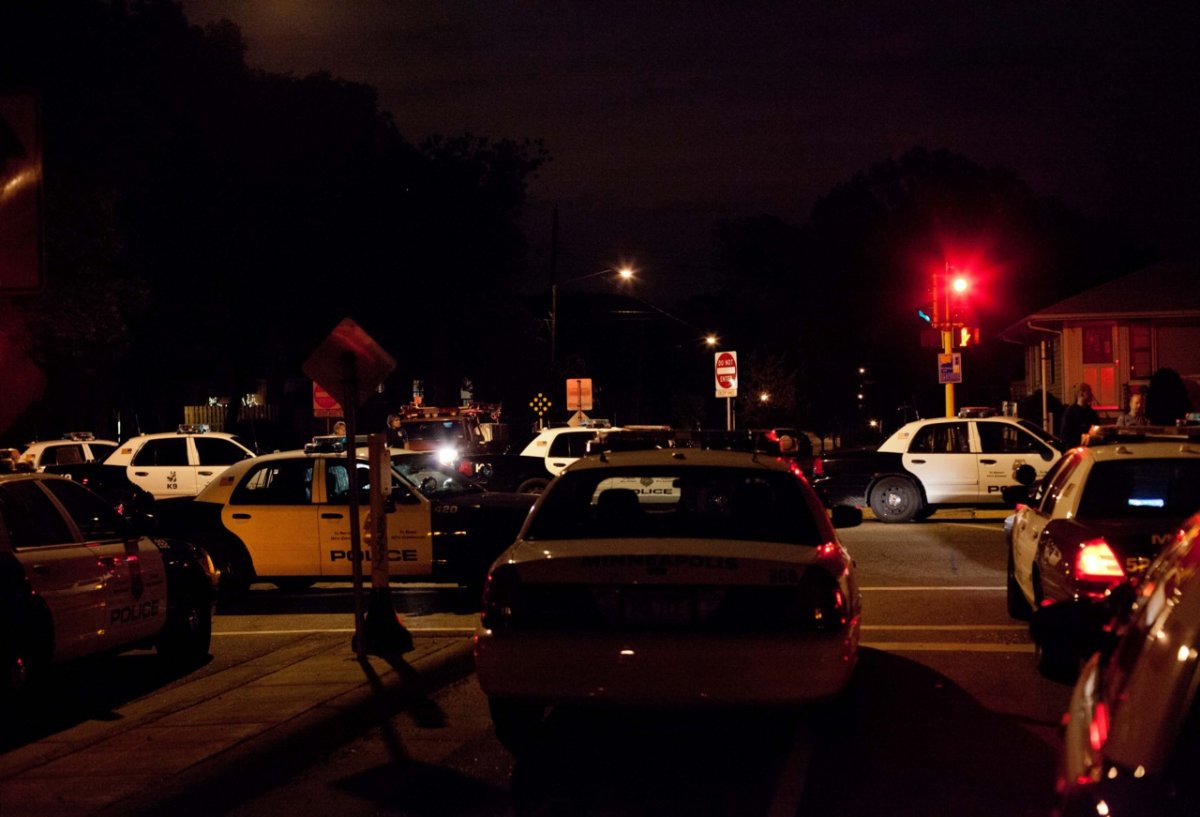 “Tons of cops” were patrolling the area, she said. They surrounded the protestors, blocked the intersections at both ends of the block, and told them to leave or they would be arrested. Most moved to the sidewalk, but eight stayed, seated in a line in front of the front door with arms linked, Roberts said. About 50 police moved in, she said, violently pushing back the crowd of protestors.

Martha Ockenfels-Martinez, another activist at the scene, said described the first arrest. As the police moved onto the property, one officer pointed at young, male protestor standing in the Occupy group. She said he started to leave the area and was across the street when she saw a group of cops tackle and arrest him.

The next day, police were still holding the man on probable cause of burglary. Sergeant Bill Palmer said, “he was identified as being inside the home.” 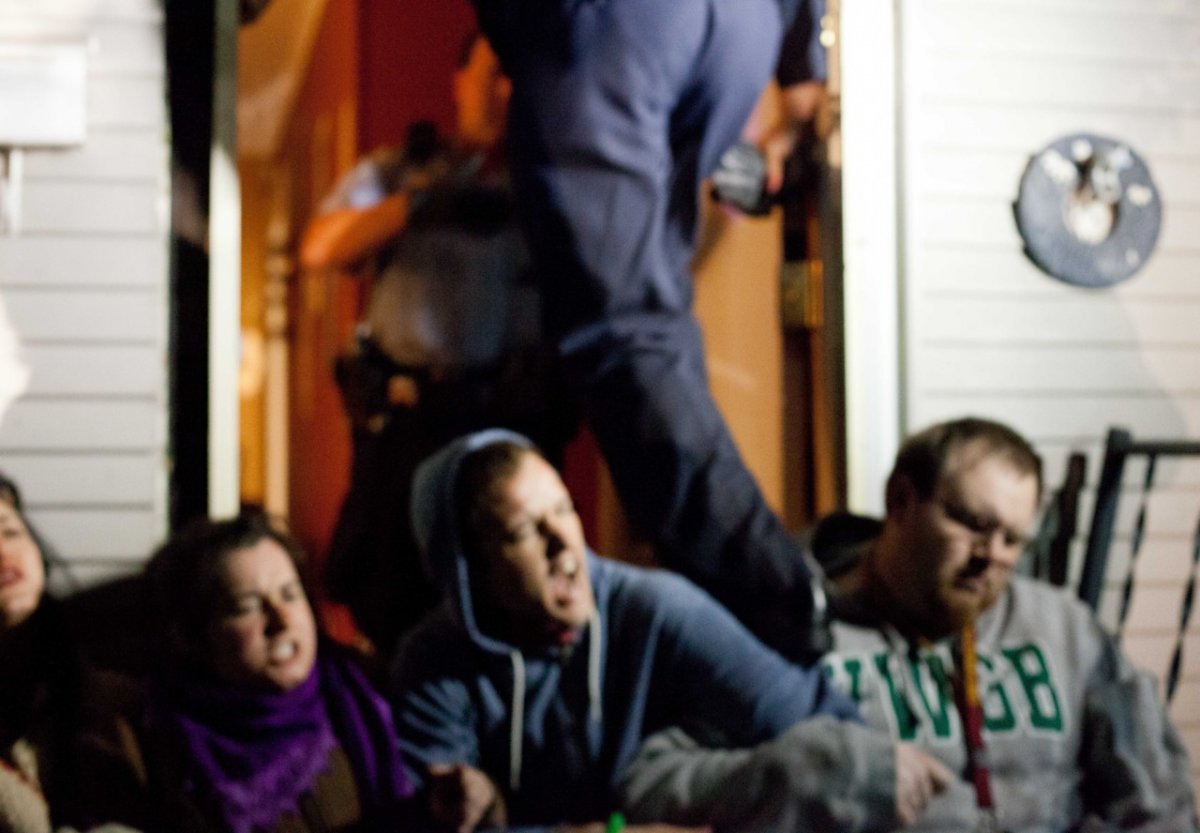 Roberts said police next entered the house, and she saw them stepping on top of protestors as they walked inside. Then, she said, police began dragging the eight seated protestors off the stoop and  to squad cars.

Ockenfels-Martinez one person who stayed and was arrested was Nick Espinosa. She said she saw police first pull him into the house and out of sight, but they soon reemerged walking Espinosa to a paddy wagon.

After those arrests, Roberts said, police arrested more people as they were leaving including three who were unlocking their bicycles.

When asked why police returned to the house after Chief Dolan said they were done there, Sergeant Palmer said police were responding to 911 calls from neighbors and the private security guards reporting a burglary. “We can’t ignore 911 calls,” he said. He added that the security guards “weren’t able to contain the situation.”

John Stiles, communications director for the mayor’s office, said that police were aware of the mayor’s views in regard to the Cedar Avenue house. He said police responded because protestors were breaking the law. He added, “Freddie Mac had insufficient security. That was irresponsible.” Stiles refused to comment on whether police would react if protestors went back to the house. “That’s a hypothetical question,” he said.

On its website on May 31, Occupy Homes said it plans to reoccupy the house June 1.