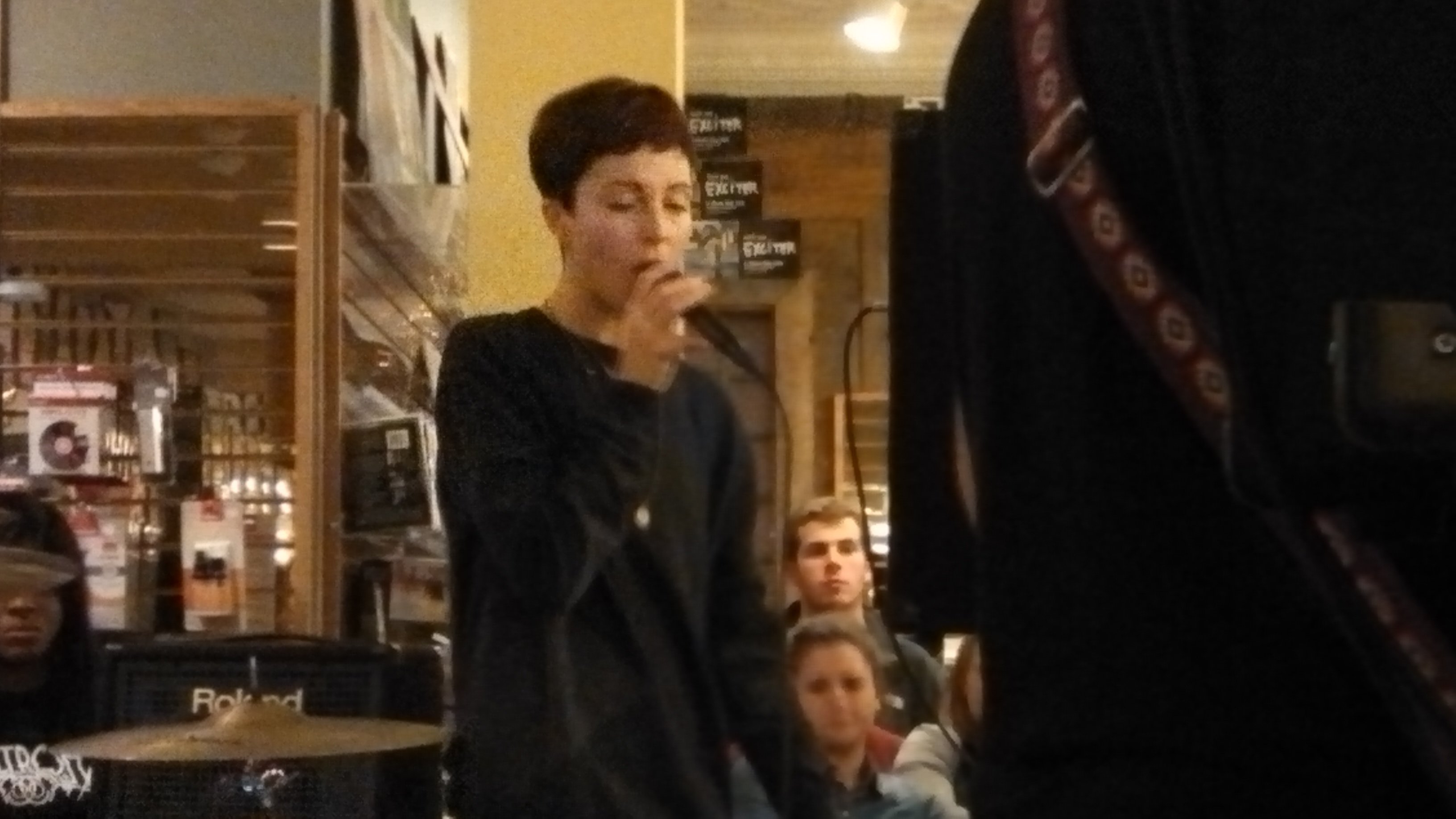 Tuesday night Poliça released their latest album (Shulamith) and played an in store performance for an intimate group at the Electric Fetus. Fans were invited to pre-order the album over the last few weeks to qualify for free tickets to this private event. I thought that was a clever idea; it sold out. In the age of Spotify, I can’t remember the last CD I purchased – but the price was great for a CD and a show and I have no trouble paying for a concert.

Poliça’s music is what I might call an electronica dance sound or I’ve heard it called synthpop R & B. Unfortunately neither title embraces the fact that Poliça includes two drum sets and two serious drummers: Drew Christopherson and Ben Ivascu. The drums are a nice balance to Channy Leaneach’s ethereal vocals. Her voice has an other-worldly flavor, enhanced by sythnisizer that adds an echoing quality to the songs. The band is rounded out with Chris Bierden on bass and vocals who seems to steer the melody of the songs.

The music is danceable is a disco sort of a way. Beirdon keeps the audience swaying with the bass and Christpherson and Ivascu keep them hopping on the drums. It’s a little tougher to sign along, but that’s OK; Leaneach doesn’t need our help.

Leaneach apologized for the loud, well lit environment of the record store – but I enjoyed the setting. It’s fun to experience the music in a different setting; I think it helps differentiate the music from the scene.

One of the surprise bonuses of seeing the band in a small, well lit location was the ability to watch the synchronicity of drums playing side by side and see the range of percussion instruments the drummer play during a set. For example, there’s a great popping sound during “Torre” that’s reminiscent of the 1970s song “Popcorn” by Hot Buttered. Poliça’s use of the pop is more understated and frankly cooler – but it’s made with something that looks like a plastic cow bell! And a record store is family-friendly, who doesn’t feel closer to a band when the lead singer introduces her young daughter in the crowd?

The in store performance was a success for me, the band and the shop I think. I walked out with a CD and now I’m tempted to see Poliça again in November in an entirely different setting. They are playing at Mill City Nights at the end of November (29 and 30).