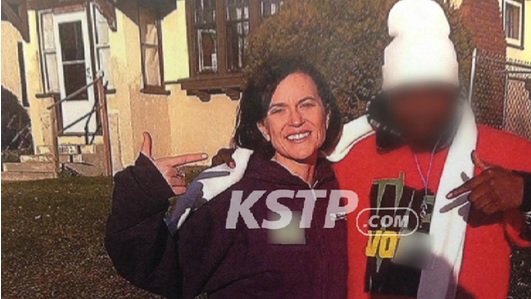 But KSTP decided to stand behind their report, so protesters are now taking their chants off Twitter and onto the streets.

Augsburg College’s Minnesota Public Interest Group (MPIRG) along with Neighborhoods Organizing for Change are planning to protest an Augsburg event hosted by KSTP owner and chairman of Hubbard Broadcasting Stanley Hubbard on Nov. 13.

The protesters plan to rally before the event at 4:15 p.m. at Anderson Music Hall on 22nd Avenue South.

“Last Thursday night, KSTP aired an outrageous and inflammatory story accusing MN Neighborhoods Organizing for Change (NOC) organizer Navell Gordon of flashing a gang sign with Mayor Betsy Hodges,” wrote MPIRG organizers on their Facebook event page. “In reality, the photo snapped during the event shows them merely pointing at each other … We must show up in solidarity with Navell and demand KSTP issue an on air apology.”

KSTP has been unavailable for comment but issued a statement on Nov. 7, standing behind the story.

Augsburg College also issued a statement on their website, saying, “Hosting a speaker on campus is not an endorsement of a speaker’s comments or business practices … The College has communicated with student leaders who are organizing a demonstration before the event to establish a safe location for the expression of their opinions while, at the same time, ensuring a positive experience for participants attending the event to hear the speaker’s comments.”

“This story is a prime example of how the Minneapolis Police Department Union is attempting to use the media to negatively influence public opinion,” said Filsan Ibrahim, co-chair at MPIRG’s Augsburg chapter. “I am joining this rally with my fellow Minnesotans to make sure those responsible are held accountable, and provide the public with the truth.”

“This story should be about a young man working to better his community, not about the police union and its problems with the mayor,” he said.

University of Minnesota student Matthew Ogbeifun said he plans to attend today’s protest as a spectator. “I hope that as a result of today’s rally, people on both sides of the issue can reach an understanding of some sort,” he said. “I think it is great that people are looking to hold media outlets accountable for mistakes that are made.”

Social justice organizer Caleb Murphey said he’s attending the protest to support Gordon as a person, but also to protest what he calls “a long, historical line of fallacious media propaganda designed to vilify not only black people, but people with criminal history.”

Murphey said he hopes that Gordon receieves an on air apology, and that KSTP also retracts the story. “That’s the bare minimum that should come from this.”

Ibrahim said KSTP apologizing on air to Gordon is the only acceptable solution. “We are not going to be bystanders while our community is dragged through the mud,” he said. “We refuse to stand by and watch our neighbors be framed as thugs and gang members.”

Kristoffer Tigue contributed to this report.