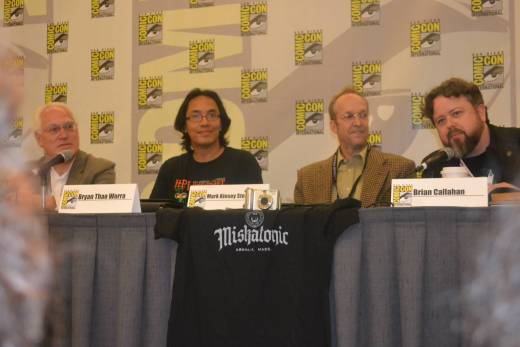 “Not a lot of folks expected a Lao American poet on stage,” said Lao American award-winning writer, Bryan Thao Worra, who sat on a panel among some sci-fi greats at San Diego Comic-Con this past weekend.

The panel was on “H.P. Lovecraft and the Necronomicon: 75 years of mingling fact and fiction”, marks the 75th anniversary of the “History of the Necronomicon,” a short essay written by iconic horror author H.P. Lovecraft and published a year after his death. Since then, the dread book written by the Mad Arab Abdul Alhazred has appeared in movies, books, comics, cartoons, art, music, and games. Although originally a literary hoax, there are hundreds of products that bear its name today. Come explore the truth and legend behind the greatest creation of the 20th century’s greatest weird fiction writer, and learn how and why the book and its creator continue to influence all aspects of culture”.

What was your favorite moment during the panel discussion?

It was great meeting Brian Yuzna, whose films were a very formative part of my childhood and discussing my work as a writer with him, and how science fiction is a more interesting way to examine the journey of Lao refugees than the way most mainstream narratives have shown so far.

What did the audience ask from a Lao American poet?

At the heart of my remarks I opened a lot of folks eyes about the connection of poetry to one of the classics of modern horror literature. Also demonstrated how it played a role in broadening our sense of modern intellectual horror.

How did you feel about being able to speak to an international audience about your work?

It was, in many ways, an indescribable experience, and it was wonderful to have a chance to meet both great old fans and new ones.

What did you learn about comic-con that Lao American artists should also know?

I’ve learned now that much of the Comic-Con experience is one where you have to reconcile with the fact that you’re not going to be able to experience it “all.” There were so many amazing things going on, from an entire building converted into a Godzilla-themed building to a walking 9′ robot, or the entire cast of the X-men showing up on stage to talk about the new movies coming out. You see some spectacular costumes and get to talk one-on-one with so many professionals. As an artist, if you get a chance to go, you’ll walk away energized and excited to create even more work.

There are so many Asian American artists who were creating work there. That was really inspiring. And I was glad to see so many Minnesotans who made the journey. 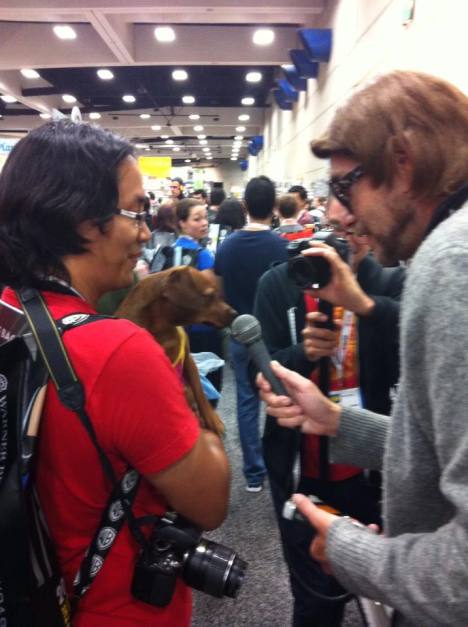 For his latest project, Bryan re-visits Lao horrors, ghosts, and mythical creatures in his speculative book of poetry, called DEMONSTRA, due to be published later this year.