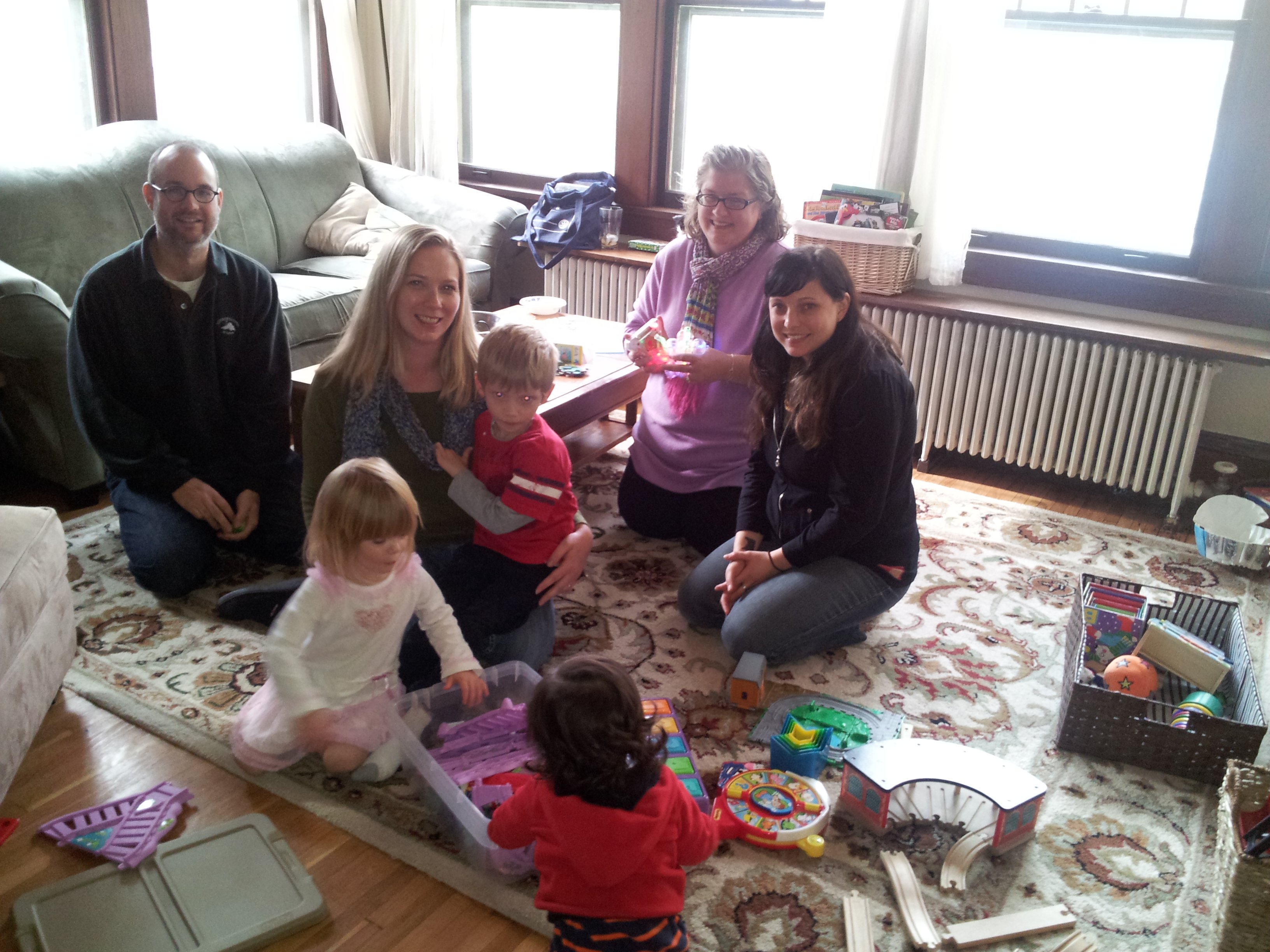 Has the Minneapolis Early Childhood Family Education (ECFE) program become too scripted and academic in focus?

Some long-time Minneapolis ECFE families think so. Ted Moore, for example, takes his two children to an ECFE class at the Sullivan School location in south Minneapolis, and over the last couple of years, he has noticed some distinct changes to the more relaxed, play-based programming he has come to expect.

Moore is one of a group of approximately ten ECFE parents who have contacted the Minneapolis Public Schools (MPS) this year about their dissatisfaction with changes they have seen in their ECFE classes. From Moore’s perspective, everything from the art projects and books available for kids to the overall curriculum and focus of the program has changed dramatically, and not in a positive way.

Moore described the book choices made available to his young children as little more than “careerist manifestos,” about future “community hero” type of job opportunities for children, where once the books offered to the kids seemed more imaginative, and linked to seasonal themes or creative play ideas.

Additionally, Moore sees the art projects offered to the kids now as more product-oriented, where the child is presented with a structured art project, such as a picture of a fire truck to decorate. It used to be, Moore said, that ECFE art classes were more about giving children “experience with crayons, painting, and things that activate the imagination.” Also new to Moore is the fact that “a lot of the art projects involve writing,” even for three-year-olds.

ECFE Parent Angie Sonrode has been participating in ECFE classes for ten years now, and echoed many of Moore’s concerns. While she said she is a “huge proponent of the Minneapolis Public Schools,” and wants to support its programming, she feels upset by many of the changes she has seen in her ECFE class at Kenny School in south Minneapolis.

One major change for Sonrode is the way ECFE classes now approach the early childhood staple of “circle time,” where parents, children, and the ECFE teacher sit together before the parents and children go into separate rooms. Previously, ECFE families would come to class as close to the starting time as they could, and circle time would begin a half hour or so after the scheduled class start time. In the meantime, parents and children would arrive at class, get settled, and have a little free play time, with the guidance of Educational Assistants, before the more structured “circle time” began.

Now, ECFE teachers start circle time as soon as the class begins, meaning some parents, like Sonrode, feel more stressed and pressured to be at class right on time. Explaining that it is not always possible for her to get out of the house right on time, with more than one young child to care for, Sonrode said the new class structure “punishes” her child, who misses circle time if she happens to be running a little late.

Maureen Seiwert, who is the executive director of MPS Early Childhood programming, confirmed what Sonrode has experienced: starting ECFE classes on time, in a more structured way, is now expected. From Seiwert’s point of view, starting on time is an important way to “maximize the time,” since the classes only meet for two hours a week. She noted that, since parents sign up and pay for ECFE classes, they “should know to come on time.”

For Seiwert and Vicki Turner, who is the director of early childhood programs for MPS, starting circle time right away is a way for ECFE to help emphasize the “importance of school attendance” for children and families, as all children are expected to be on time and “in their seat” in the K-12 system.

Regarding what both Moore and Sonrode described as a shift within ECFE to a more overtly academic focus, Seiwert and Turner noted that ECFE teachers within MPS are licensed teachers who work on a 40-hour per week union contract. Therefore, they said, these teachers are subjected to the same teacher evaluation system, known as the “Standards of Effective Instruction” model, as K-12 teachers. ECFE teachers, then, are required to communicate the goals and purpose of each class to parents, within the overall goal of making each child feel “ready for kindergarten.”

While some parents may feel this has led to classes that are too structured or, as Sonrode put it, “too guided,” Seiwert maintained that the debate between whether early childhood programs should be play-based or academically focused is an “old” one. Seiwert said that there has been a “move in early childhood education” throughout the state towards programming that is both developmentally appropriate and built around “explicit instruction.”

For Kori Hennessey, who has been taking ECFE classes with her children for seven years now, the use of “explicit instruction” in ECFE has meant a “shocking difference” between the class she is currently taking, with her third child, and the one she took years ago with her first child. Activities that used to seem “age-appropriate” to Hennessey, such as a leaf-rubbing project, are now conducted in a “heavily guided” way, with the teacher monitoring the children’s actions with a clipboard. In Hennessey’s experience, the classes are now built around “unreasonable expectations,” and she said she misses being able to “play with her child” at ECFE.

Both Seiwert and Turner also mentioned the importance of using “evidence-based” and “standards-based” instruction to make ECFE a “high quality” program. They also said that if there are some parents who are unhappy with these new classes, and not all parents are, then their department needs to “communicate more clearly with our staff about what should be going on” in ECFE classrooms. Saying they “can’t go back on changes,” but “can go back to retrain teachers,” Turner and Seiwert seemed confident that most parents will soon appreciate the changes that have come to ECFE.

CORRECTION 11/18/2013: The article has been changed to reflect the correct schools for two families: Ted Moore attends ECFE at Sullivan School. Angie Sonrode takes an ECFE class at Kenny School.