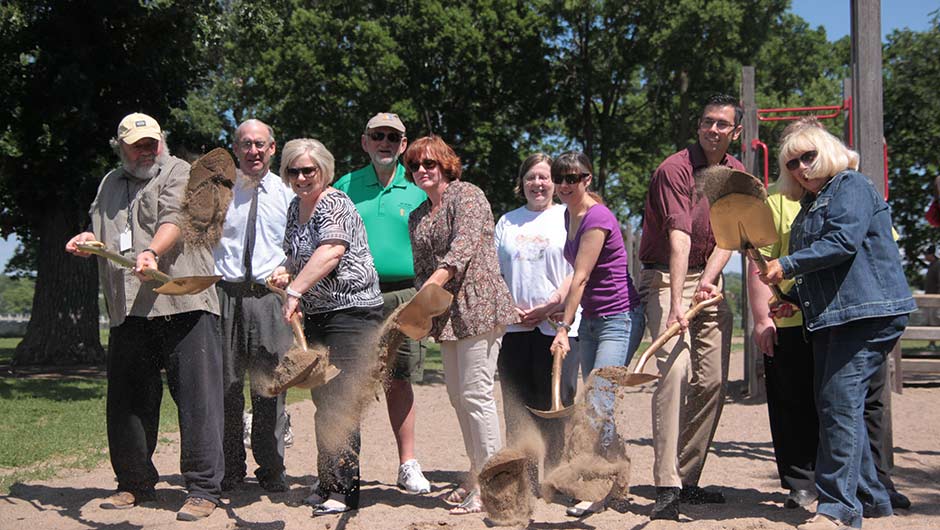 A groundbreaking at Minnehaha Falls yesterday celebrated the Minneapolis Park Board’s first universal access playground, which will be ready for all kids next spring.

Wednesday afternoon, Park Board commissioners, Falls 4 All committee members, donors, and other members of the community gathered to celebrate the groundbreaking of the new universal access playground coming to Minnehaha Falls Park, as well as a second playground planned for the North Plateau Picnic area of the park (located near Sea Salt Eatery). The grand opening for both playgrounds is scheduled for next spring. 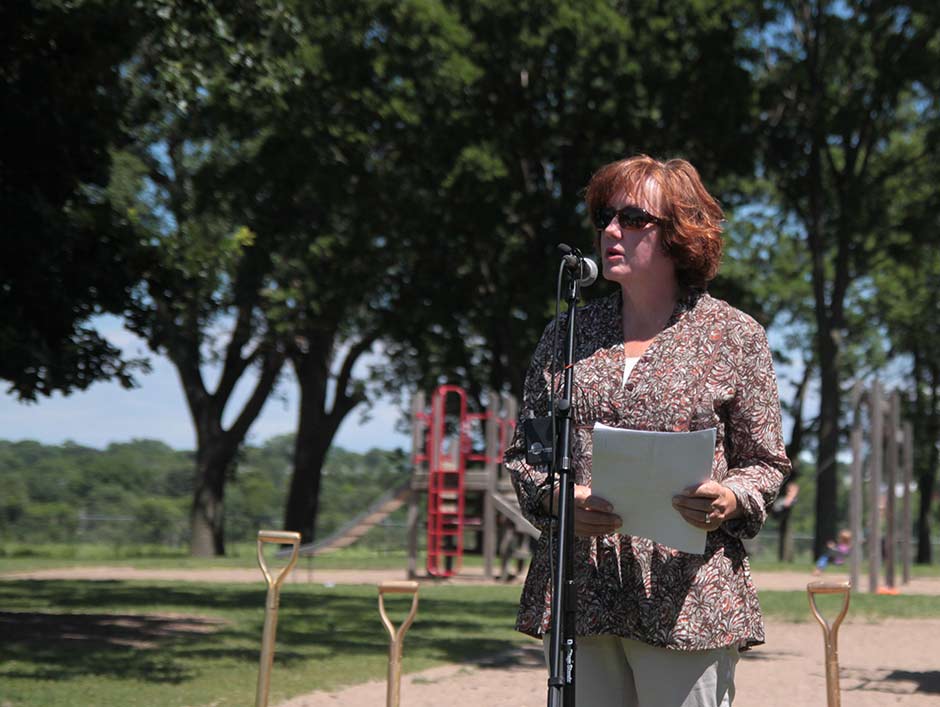 Peggy Halvorson, chair of Falls 4 All, spoke at the groundbreaking. Falls 4 All raised $450,000 to help make the playground accessible. It was also named volunteer group of the year this spring by the Park Board.

“The childhood experience is play,” said Peggy Halvorson, chair of Falls 4 All, at the groundbreaking ceremony. “Children grow and learn on the playground in their experience with others in ways not taught in classrooms. The benefits of unstructured play are profound. Having a dedicated play area designed to bring children of all abilities together will be a positive, impactful experience for children with disabilities as well as for those who do not have disabilities.”

Scott Vreeland, Park Board commissioner, commented, “This is going to be a really cool playground for all kids. This design is going to be incredibly fun…thanks to all of the people who planned it.”

The universal access playground will be installed at Wabun Park, and more than 90% of its features will be accessible to kids with disabilities, according to the Falls 4 All website.

Both playgrounds have been designed to reference each locations’ unique history. Read more about universal access playgrounds and the history of both park locations. 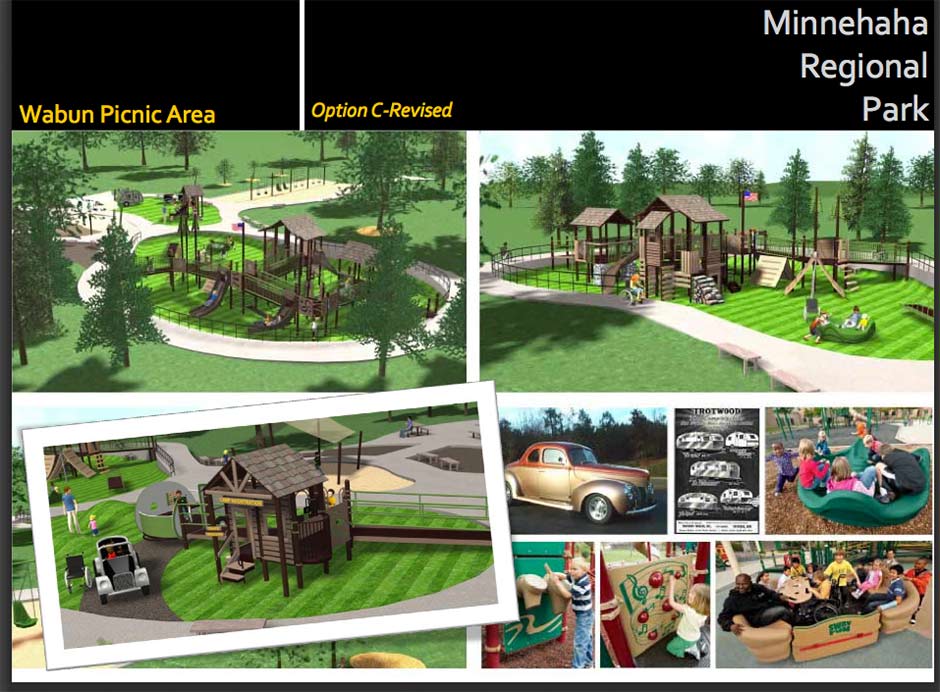 Wabun was home to an auto tourist camp from the 1920s to the 1950s and will be designed with a camp theme. 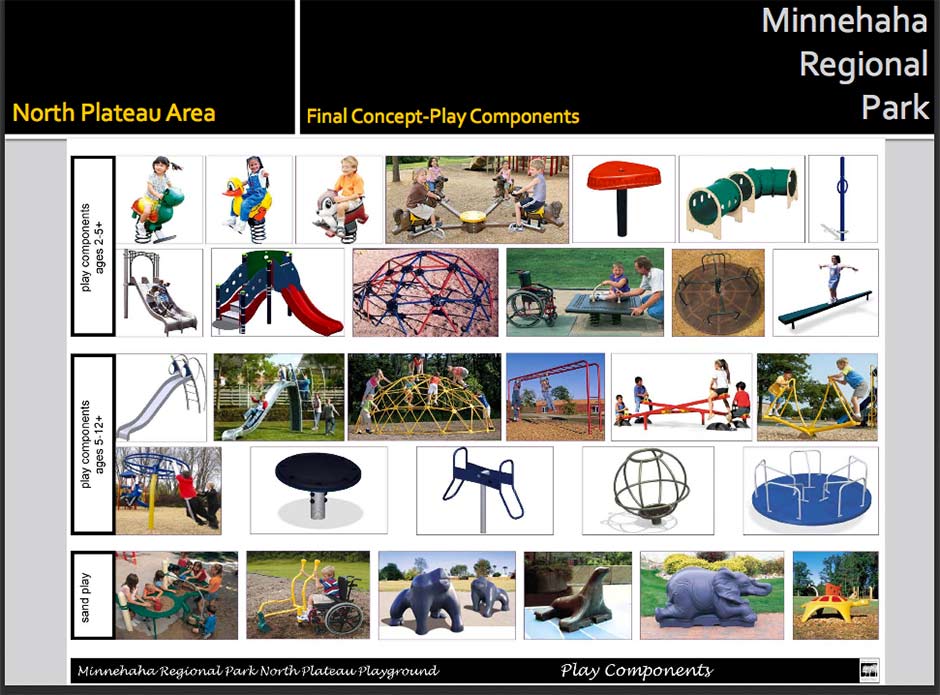 The North Plateau Area was the location of a zoo from 1924-1934, and was later the beneficiary of the Works Progress Administration. Some of the play structures from the WPA-era will remain, and new play features will be designed to coordinate with the remaining play pieces.

The universal access Wabun Park playground is funded in part by the Minneapolis Park and Recreation Board capital improvement program as well as by the work of Falls 4 All, an organization that raised $450,000 for the project.

Improvements at the North Plateau park are funded through the MPRB capital improvement program.