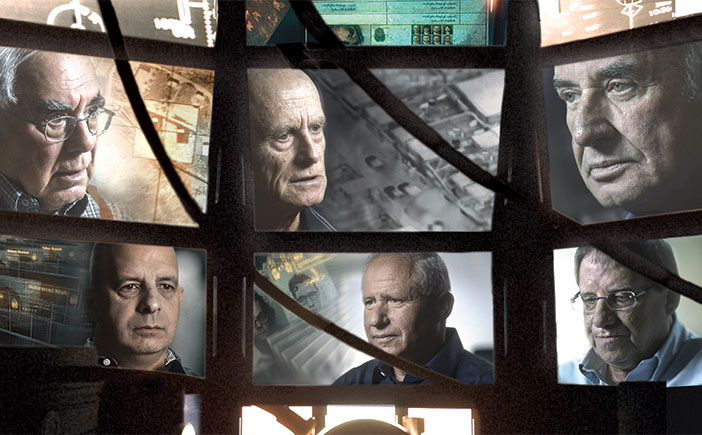 Finally closing the books on February will be a relief. It is the shortest month in the entire calendar year, and it has been hard to see everything that’s opened in local theaters. Out of the eleven studio releases to open this past February, I only managed to see one of them, Steven Soderbergh’s reportedly final film, Side Effects, and found it effective, even if the story does bite off more than it can chew in the final reel. (Soderbergh does have one more film to be released this year, and it should be a good one: the Liberace biopic, Behind the Candelabra, which will be released on HBO and stars Michael Douglas as Liberace and Matt Damon as his younger lover, Scott Thorson.) I bring up Side Effects, as I’m surprised the studio released it in February, a few weeks before the Oscars, as they could have waited until summer or even late spring, where I think the placement could have benefited the film more.

As for the other films released in February, I’ll probably never see half of them, including Identity Thief, Beautiful Creatures, and Safe Haven, and within a month, I’ll even forget that they were released. Some of the bigger releases over the next couple weeks I cannot seem to get excited for either, including Jack the Giant Slayer and Dead Man Down, though I have some interest in Oz The Great and Powerful. I can say there are some tremendous smaller independent and foreign films opening in limited release over the next two weeks; it’s worth your time to see them at the various Landmark theaters in Minneapolis and Edina.

Forming known as “Finding North,” A Place at the Table brings to light America’s hunger crisis and how one out of six Americans doesn’t get enough to eat on a regular basis. Many of the subjects are working full-time jobs and are still struggling to put food on the table; in one case, a policeman relies on a food bank in between paychecks to survive. Directors Kristi Jacobson and Lori Silverbush give ample screen time to each subject: there are plenty of experts discussing the cultural, economic, and social dimensions of the hunger issue, and even actor/activist Jeff Bridges appears talking about the End Hunger Network, which he started in the 1980s. A Place at the Table is an insightful documentary, even when it repeats itself, and has an elegant score by country folkers The Civil Wars and T Bone Burnett. It offers some eye-opening statistics showing that many Americans are going hungry every day.

In Dror Moreh’s Oscar-nominated documentary The Gatekeepers, we get an in-depth and very personal account of the Israeli-Palestinian conflict, starting with the Six-Day war in 1967, through six of the former bosses of the Shin Bet, Israel’s counterterrorism agency.  The six men are all interviewed one-on-one with Moreh, in an Errol-Morris-type style recounting events that have happened over the years. Some of the stories told are incredible and horrifying; the film makes you wonder what else has been going on in the world around us (not just between Israel and Palestine), that we may never find out about—or not until it’s too late. Moreh’s film is dense, fascinating, and remarkable.

Opening Friday, March 8 at the Uptown Theatre is the Oscar-nominated Best Foreign Language feature, No, by Chilean director Pablo Larrain (Tony Manero and Post Mortem), starring Gael Garcia Bernal as creative adman Rene, who begins working on a campaign to stop Chilean dictator Augusto Pinochet’s regime in the late 1980s after Pinochet has been in power for close to two decades. Working with his team to create a 15-minute ad, which they can air once a day, Rene has to convince an entire country to vote “No” and to overthrow Pinochet—but the bigger challenge could be to convince the people to go to the polls to vote. Larrain’s film cleverly uses technology that was only available back in the late 80’s and decided to shoot the film on 4:3 or 1.33 aspect ratio (more of a television standard box instead of the traditional film rectangle standard of 1.85 ratio). Larrain even shot on analog, giving the film an authentic look of the times.  Combining archival news footage and commercials, including Larrain’s shot footage, blending all the mediums into the film seamlessly, No creates a surprisingly funny and suspenseful look at a different side of the many challenges of running political campaigns, all in a time before the widespread use of cell phones and the Internet.

A documentary that got lost in the shuffle of Oscar contenders and nominees and could have easily been an Oscar nominee is the absorbing and rich account of the West Memphis Three trial in Amy Berg’s excellent West of Memphis, opening Friday, March 8 at the Lagoon Cinema. While the documentary does cover similar ground as the Paradise Lost trilogy directed by Joe Berlinger and Bruce Sinofsky’s West of Memphis, Berg’s coverage goes deeper into the examination of the trail of the three teenagers on trail: Jason Baldwin, Damien Wayne Eichols, and Jessie Misskelley. This case is one of the most talked-about in the American legal justice history of wrongful convictions: three innocent men spent more than half their lives in prison. Berg manages to find another approach in the case, reaching out to advocates and supporters such as Pearl Jam’s Eddie Vedder, director Peter Jackson, who is a producer of the film, and even Johnny Depp to help free the accused. Through all the twist and turns in the case, some suspects are explored and brought up who were not seen in the Paradise Lost trilogy, thanks in large part to Jackson and producing partner Fran Walsh, who hired a private investigator to look into old evidence and question new people in the case, making new information available and once again showing the cracks in investigation. With a run time of two and a half hours, West of Memphis is exhausting, but it’s thrilling to seeing justice finally being served.

With a title like, John Dies At the End, you might think you already know what is going to happen, but you would be wrong. I was also wrong in writing off this goofy, highly enjoyable though most certainly flawed sci-fi horror comedy directed by Don Coscarelli (Phantasm and Bubba Ho-Tep) when it premiered at Sundance in 2012; the laughs and thrills expand into a whole new level of weirdness. The movie opens Friday, March 8 at the Lagoon Cinema.

Meeting Dave Wong (Chase Williamson) at a restaurant to get the scoop about a new drug called “soy sauce,” reporter Arnie (played by Paul Giamatti) is trying to believe Dave as he describes what has happened to his friend John (a very funny Rob Mayes). Once on the “sauce,” you are able to jump into different dimensions, suspend time, and see hideous creatures. While this is all hard for Arnie to believe, it has come down to Dave and John saving the world, as they learn about a strange force from another dimension wanting to invade and destroy Earth. Based on a cult novel by David Wong (a.k.a. Jason Pargin), Coscarelli’s screenplay and visuals tilt the scale close to insane as far as a narrative goes, bringing plenty of energy and wit to a complicated film; the first 30 minutes are incredibly strong and imaginative. I wished it would have stayed on that course, but instead the film loses some steam halfway through in and struggles over its overlong running time and has somewhat of a lackluster ending. However, John Dies at the End is one of the more original and unpredictable genre films I have come in contact with in recent years, and it is definitely one I will not forget any time soon.