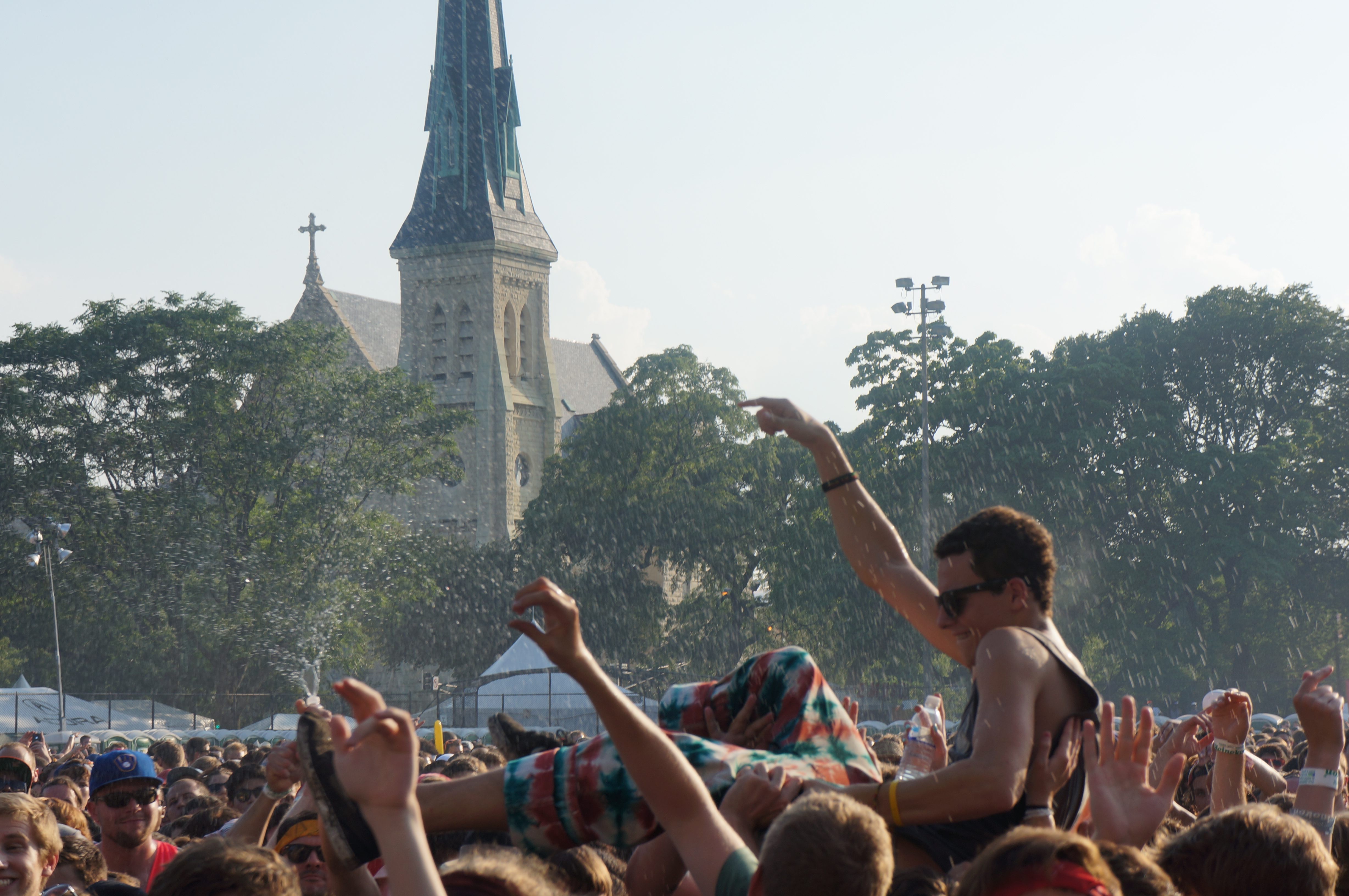 CHICAGO—By the time the third day of a festival rolls around it’s almost assured that the attendees are going to start being exhausted. This year proved to be no different: as I looked around the Pitchfork Music Festival grounds there were people lying in blankets, clinging to whatever patch of shade they can find. There were couples lying in the grass, holding hands, and reading while Chavez played in the background. I even noticed a girl who looked strikingly similar to Zooey Deschanel coyly peaking out behind her notebook as she sketched a stranger a few feet away. This seemed to be the vibe that the Pitchfork organizers were hoping for. There were plenty of noisy garage rock bands playing early in the afternoon but as the day wore on it became apparent that they had curated a day that allowed festivalgoers to relax in the summer’s sun.

Kendrick Lamar was the first performer of the day who I was really interested in. The California rapper has been steadily leading a resurgence of West Coast rap over the last couple of years. He makes a point to declare that he doesn’t need a hype man to get his crowds going; he’s only supported on stage by his DJ. Though I’d never thought about it before this set, his performance sounded more natural and like his album since he wasn’t forced to shout over a bunch of guys from his crew. The confidence he brings to the stage matches the laid-back charm of his music. Even though it was an entertaining performance the most excitement came from Twitter when reports that Lady Gaga was on stage and going to make a guest appearance. She didn’t, but pictures later surfaced of her backstage taking in the performance. 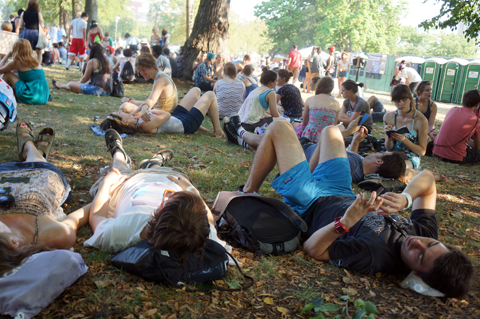 Oneohtrix Point Never caught the brunt of most of my jokes throughout the weekend. I figured the least I could was take in a few minutes of the Brooklyn drone producer’s performance to lend validity to my jokes. There were plenty of people listening to the expansive soundscapes coming from the speakers. Most were reclining on blankets, talking to friends and occasionally nodding along. There isn’t much to see just a guy behind a table making music that sounds like something you could hear in a spa if the speakers were kind of broken.

Toward the end of the AraabMuzik (below) performance I looked up because the crowd was making even more noise than they had been during most of his performance. From the moment the hip-hop beat producer took the stage the crowd’s hands were immediately in the air bouncing along to the music; people hoisted themselves up to crowd surf while bottles of water were sprayed in the air. What set AraabMuzik’s performance apart from other producers, like Saturday’s Flying Lotus, is the way he uses drum pads, his hands moving like a hummingbird’s wings rhythmically taping the drum pads as he remixes popular rap and dubstep tracks. As I looked up, prompted by the crowd’s response, I saw that about 20 people had swarmed the stage, one rapping in the middle while the rest of the crew danced. After asking around I found out that it was a guest performance by King Keef and King Louie, two up-and-coming rappers from Chicago. I didn’t know what to do with this information, but the performance kicked into hyperdrive once they took the stage. 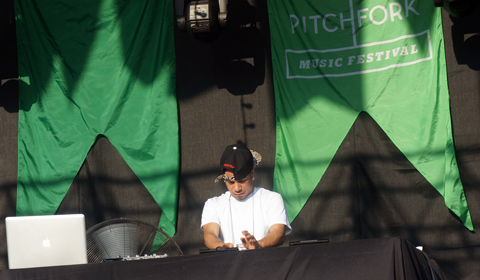 With the sun beginning to set, icy synth tones started to percolate from the Red Stage. Victoria Legrand’s voice followed, wafting over the crowd so soft and airy that it felt like you could lay down and be lifted away. From the opening song “Wishes,” Beach House’s performance (below) morphed into an hourlong dreamscape of lush guitar textures and swirling cymbals. I have never seen so many people make out during a performance. By the time they played “Lazuli” I found myself surrounded by couples kissing. And why not? The performance was enchanting and romantic. Over the course of three albums Beach House have become one of the best bands making music right now, intimate yet expansive enough to captivate a festival-sized audience. 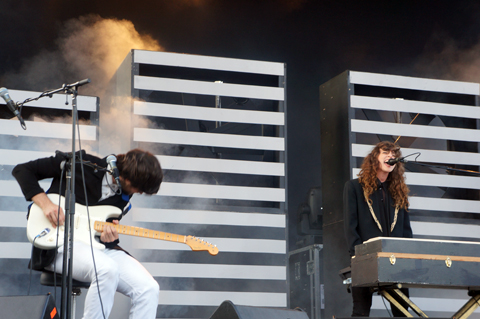 Within minutes of Beach House finishing, the violet and blue lights started to flash as Vampire Weekend transported the festival to Cape Cod. The transition from Beach House to Vampire Weekend almost seemed too prêt-à-porter but instantly made sense as the crowd shifted across the infield. The crowd soaked up the last few minutes of music and dancing as the band played hits like “Mansard Roof” and “Run” and playing a new song. Vampire Weekend has seemingly built an entire career off of a prep-school aesthetic akin to the America portrayed in a Ralph Lauren ad. It’s an aesthetic that has built them into a band that, over the course of a few short years, can close down a festival. It worked this night too as their calypso/Afro-beats delivered the type of big-time performance people had been waiting the entire festival for.