The UpTake has a team (Jason Barnett, Nick Coleman, Allison Herrera, Hlee Lee, Analiese Miller and Mike McIntee) in place to cover today’s historic Senate vote on same-sex marriage. Check-in throughout the proceedings to get a look at what’s happening.

John Helmberger from Minnesota for Marriage talks with the UpTake about why he doesn’t support the same-sex marriage bill. 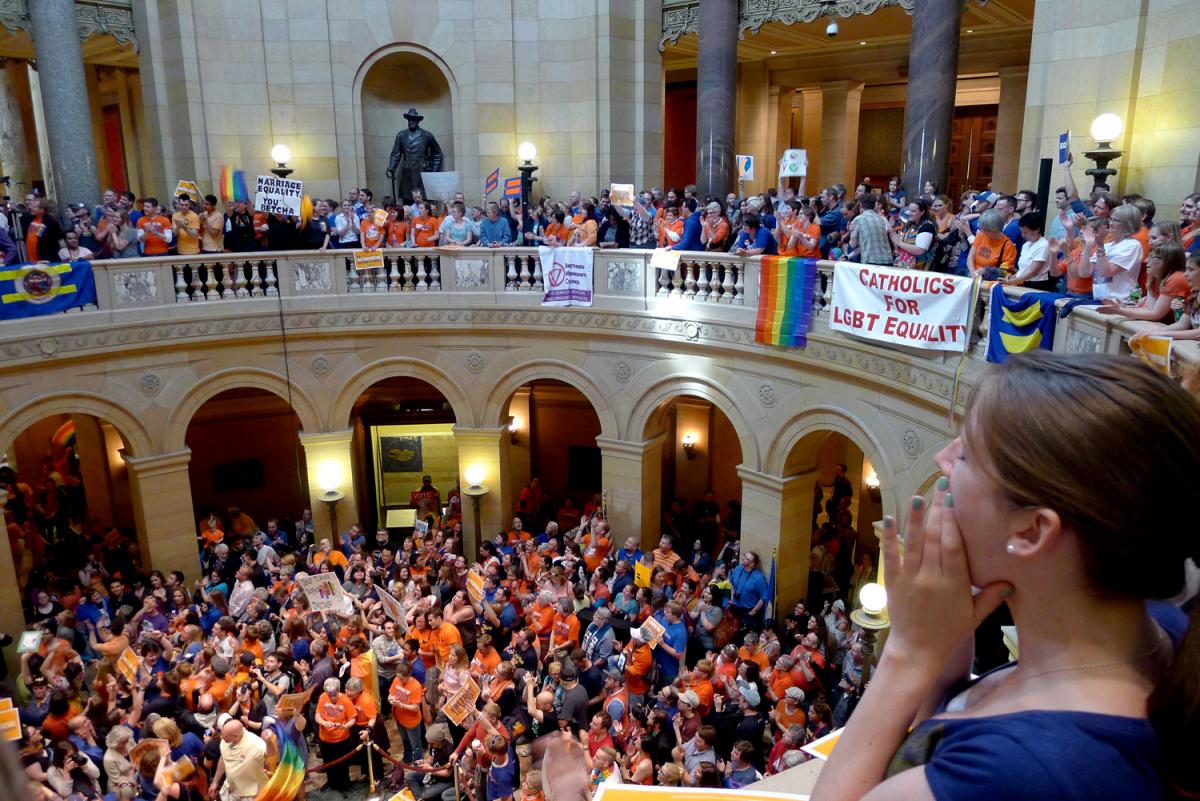 Sarah Aylward of Richfield, MN adds her voice to the large crowd gathered in the Capitol rotunda. 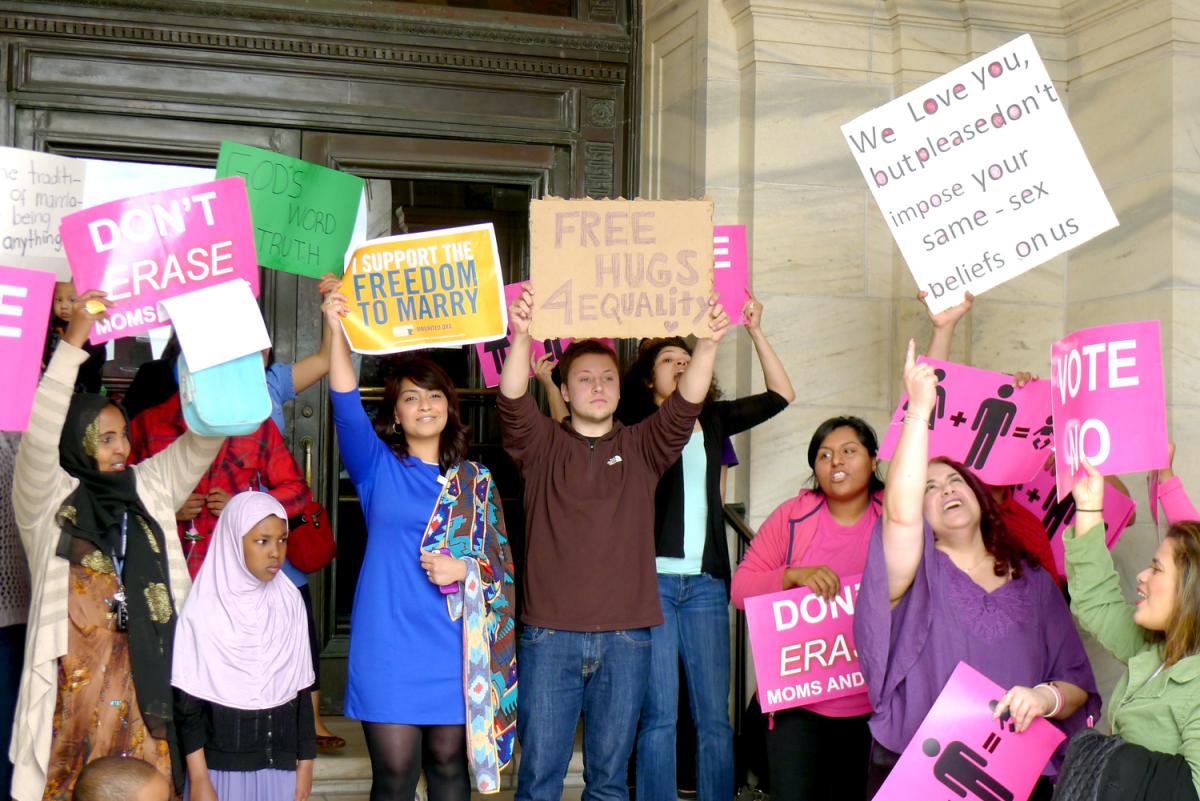 Sophia Kahn of St. Paul and Matt Sato of Maplewood proudly show their support for same-sex marriage among the opposing group. 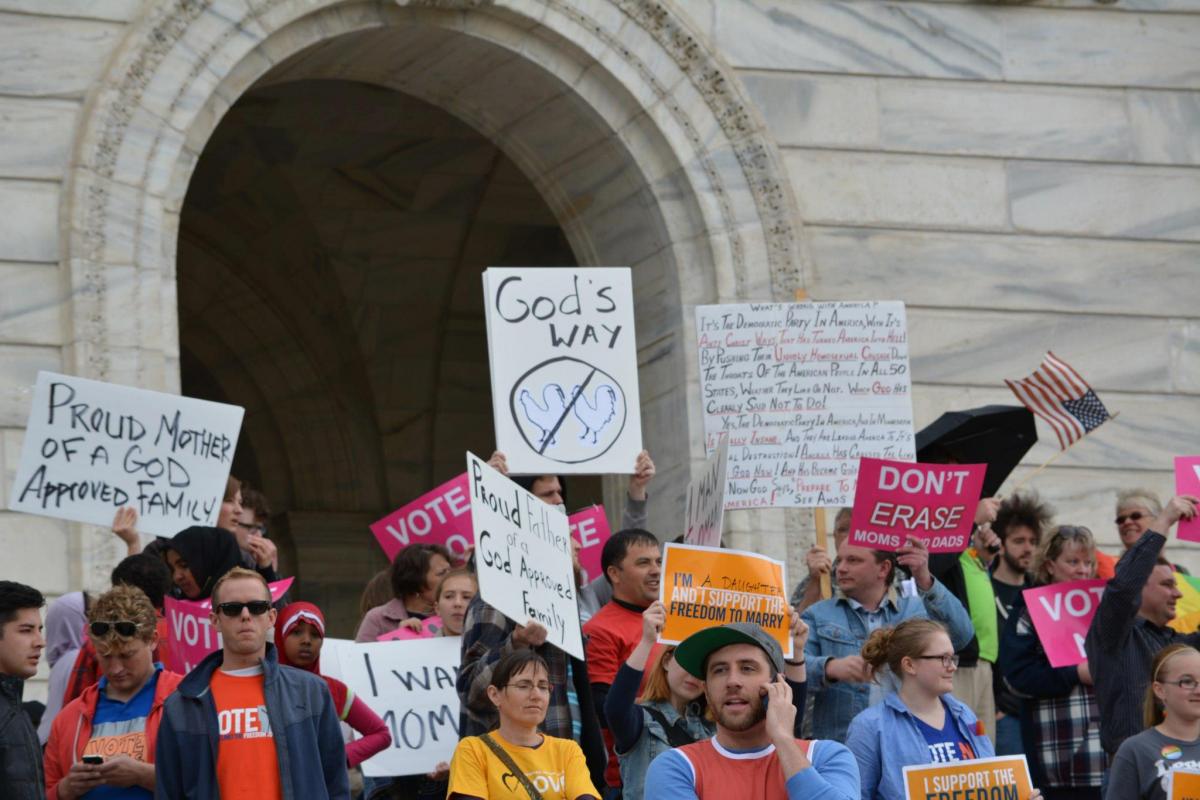 A large crowd on both sides of the same-sex marriage debate gathered early today on the steps of the Capitol. 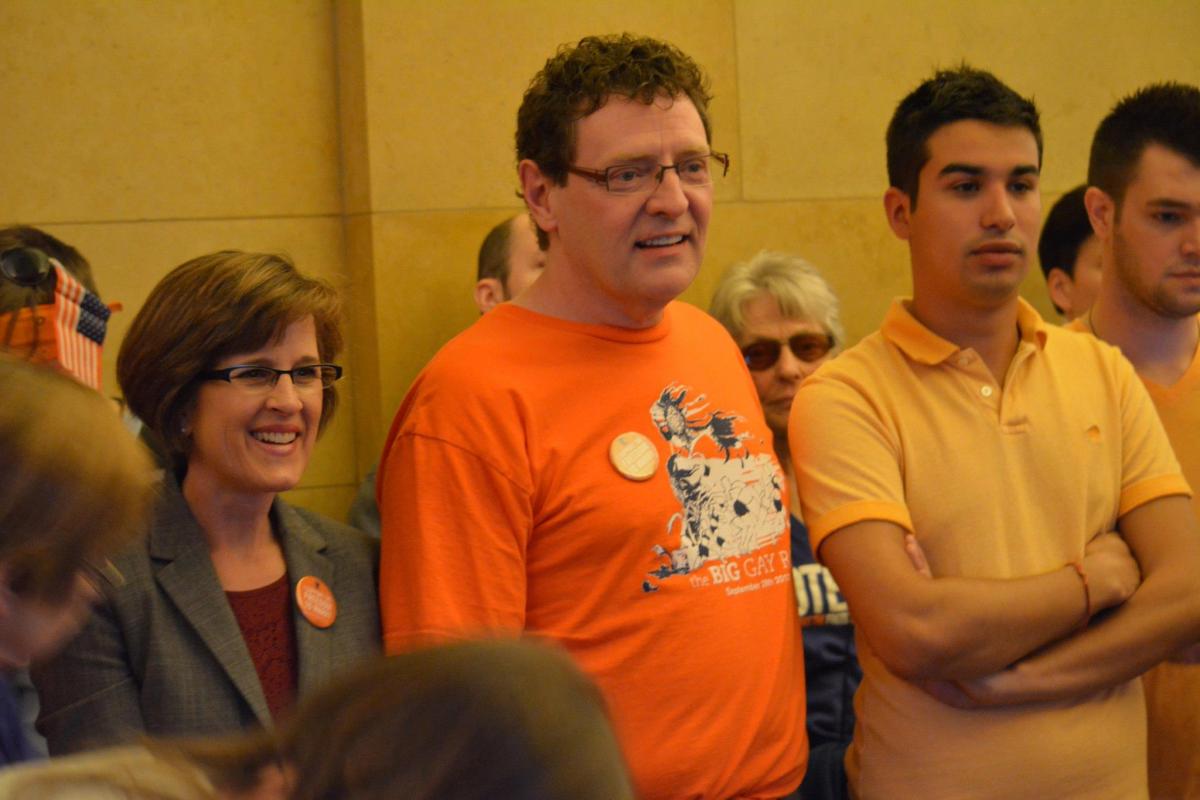 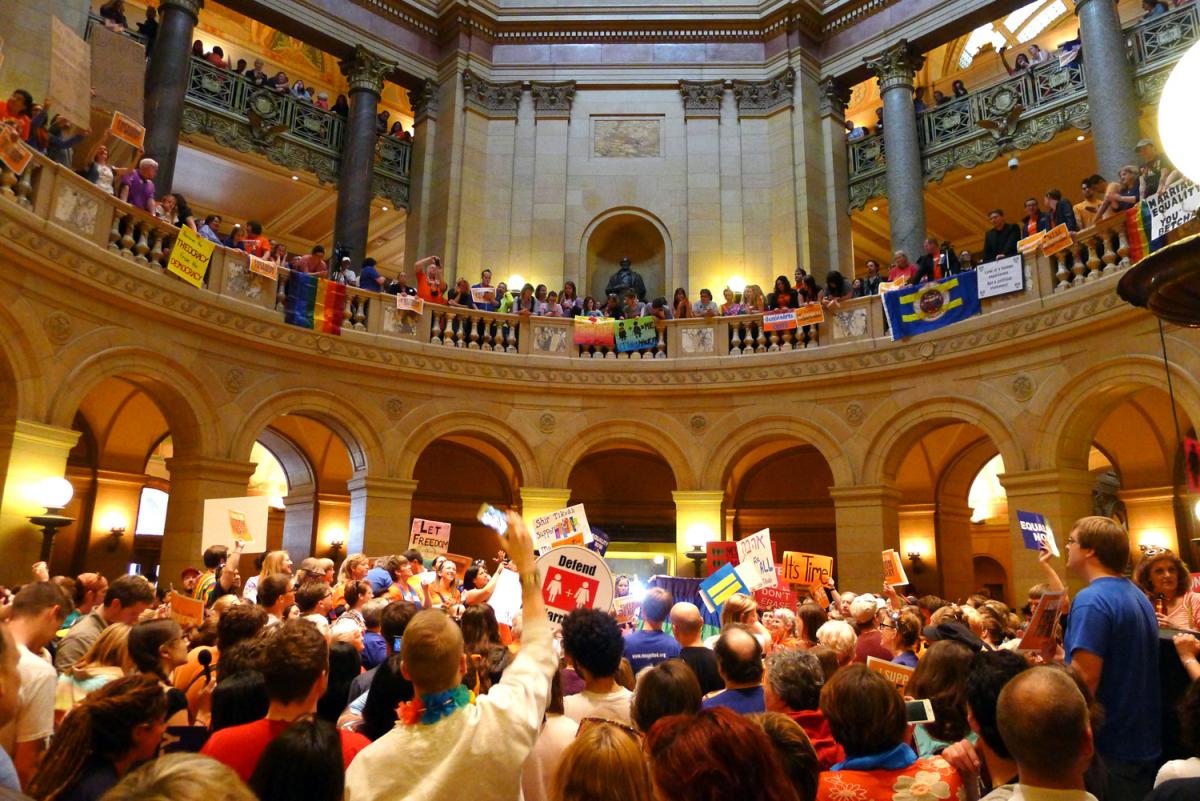 Another packed house at the state Capitol as the Minnesota Senate takes up the bill for same-sex marriage. 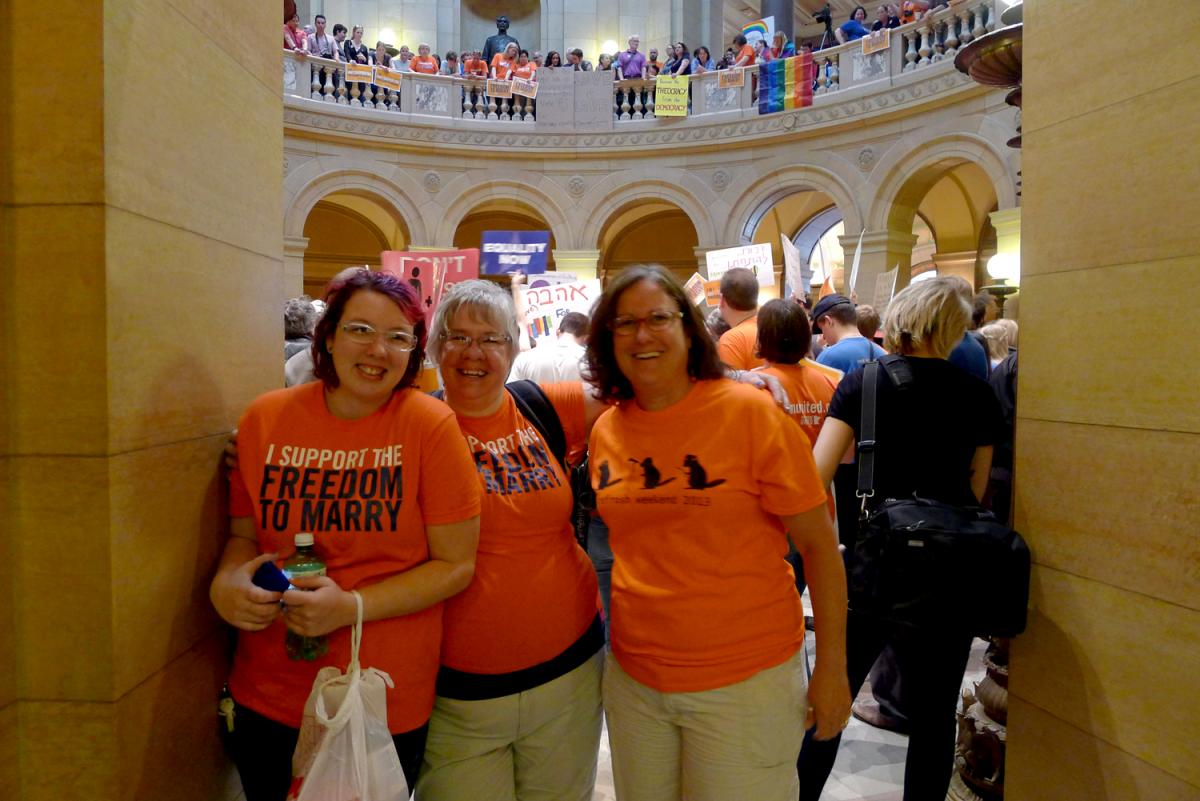 St. Paul residents (left to right) Sieglinde and Theresa Waller and Adele Brown at the Capitol rotunda. ‘I’m a Jew who believes we are all made in the image of god: straight and gay alike,’ Brown said. 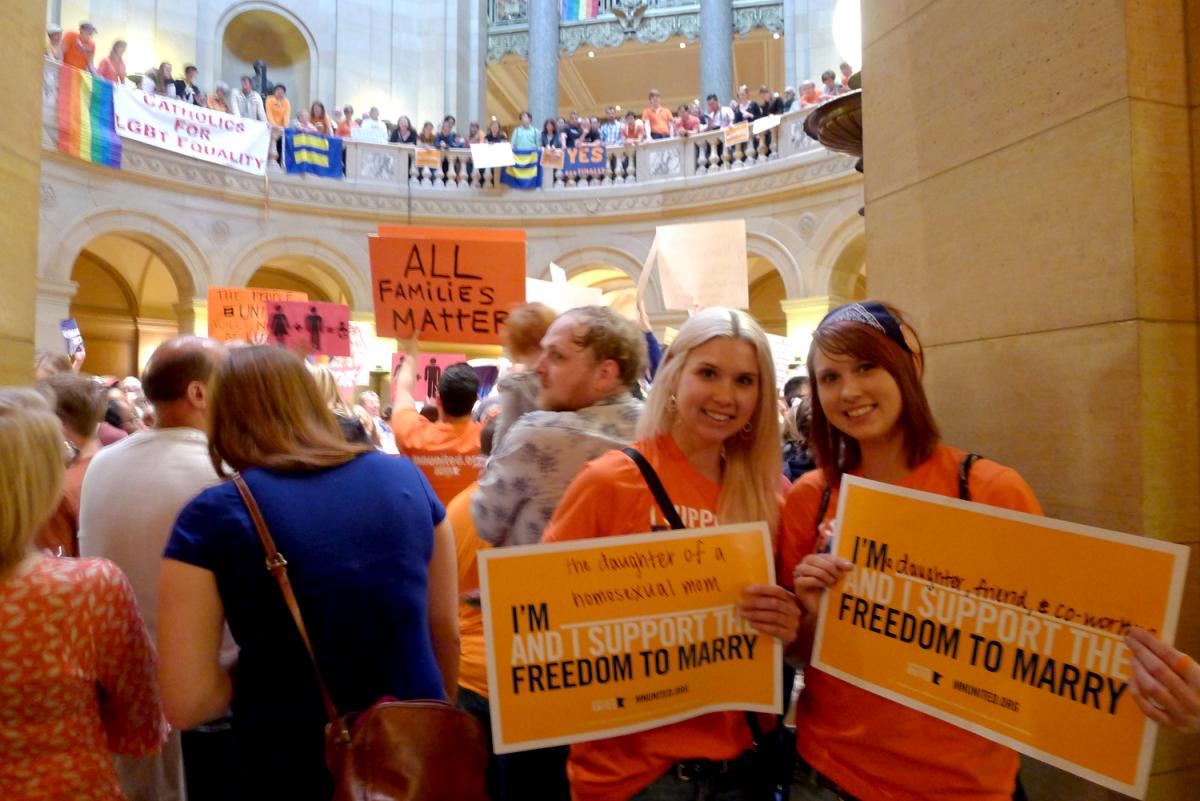 Sisters Melissa and Lindsay Bownik from Minneapolis, MN show their support for their mother and all the other GLBTQ people who want to get married in Minnesota. 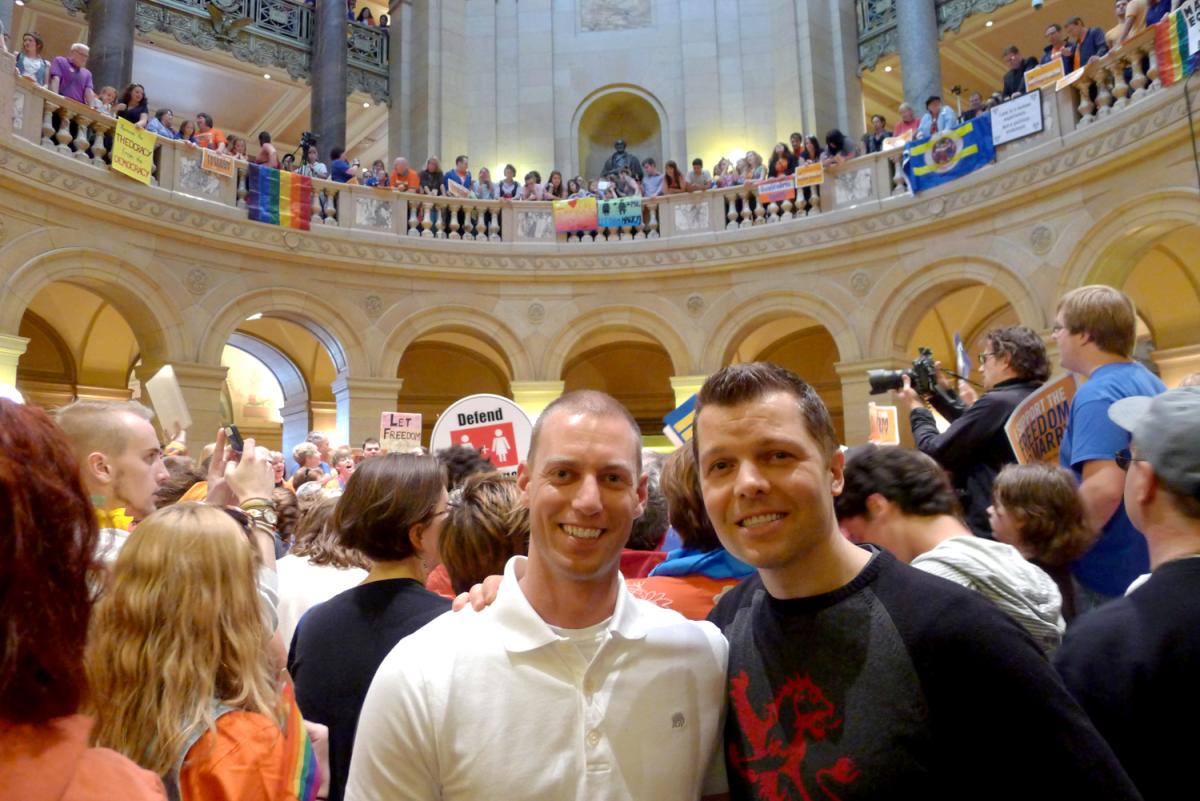 Duane Olson and Jason Sheedy join the crowd in the Capitol rotunda. ‘This is an important step for gay people to show they can live full lives with equality and love,’ they said. 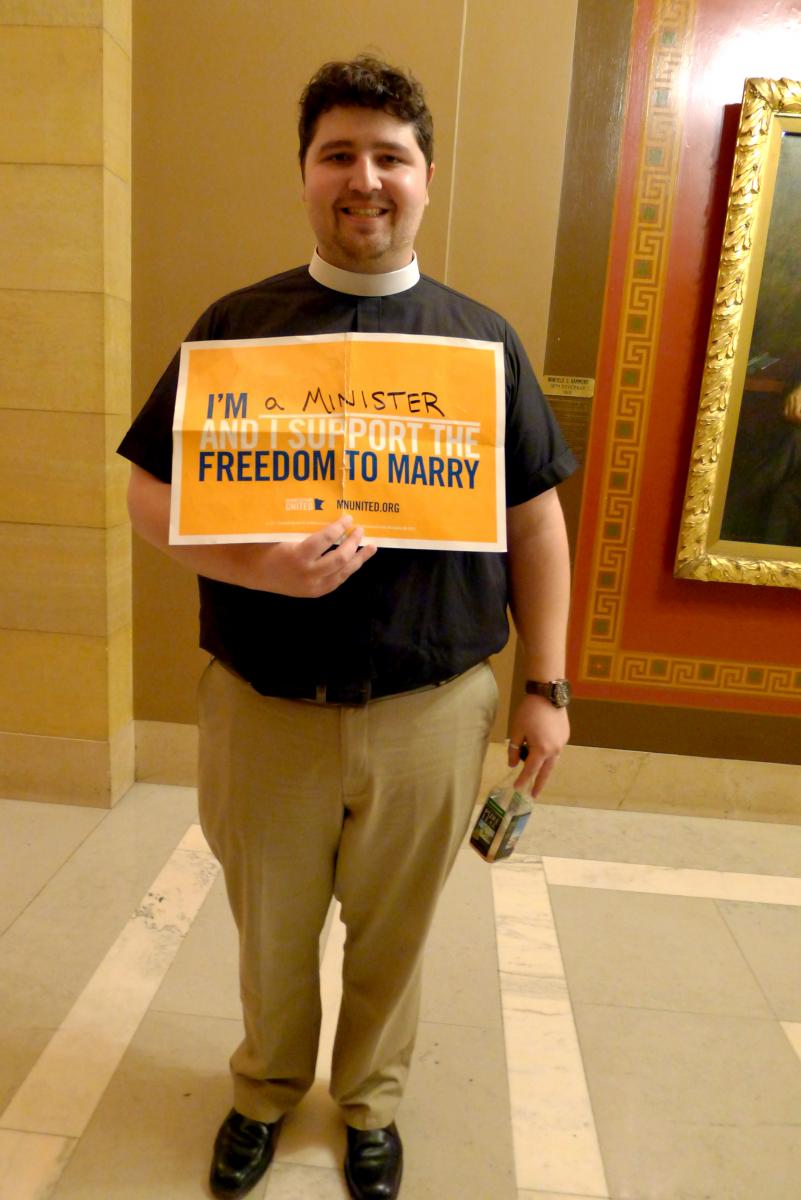 Rev. Luke Stevens-Royer from the White Bear Lake Unitarian Universalist Church spends another day offering encouragement and helping to keep the spirits of same-sex marriage supporters up at the Capitol. 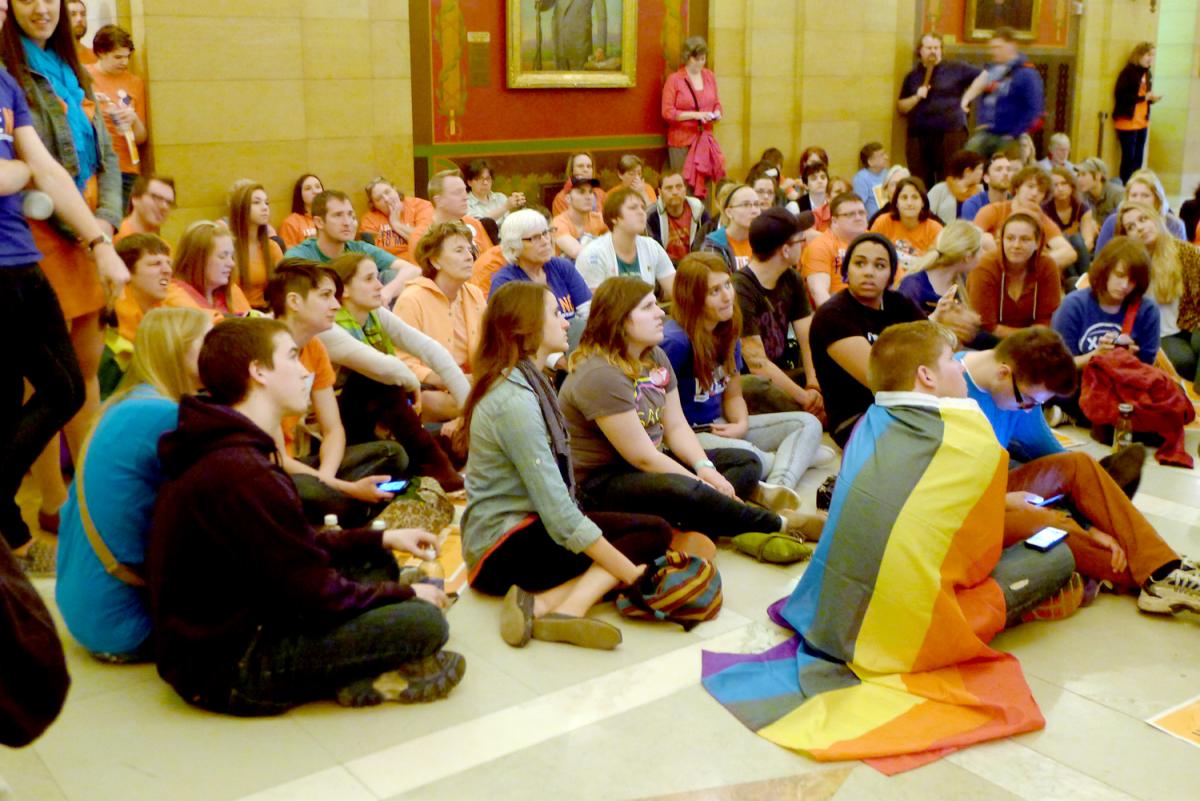 Will Bernstrom (wrapped in rainbow flag) is a transplant to Mankato, MN. ‘As an Alabama native, I never thought I’d see the day where my state viewed my love as equal,’ he said. 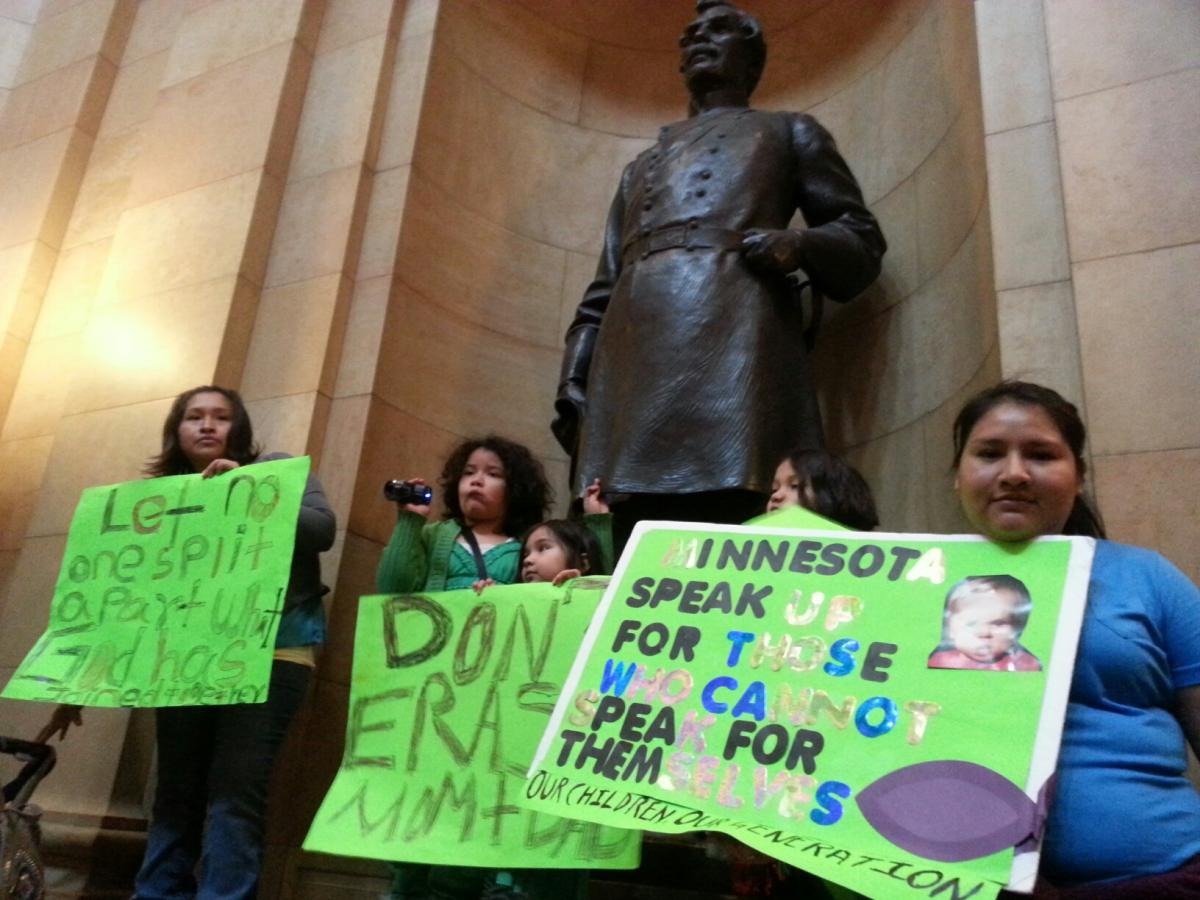 Gabriela Zamora of Minneapolis stands with family members beneath a statue of pioneer Senator James Shields (renowned for an 1842 duel he and Abraham Lincoln called off at the last second) to make a last-ditch stand against same-sex marriage. ‘It doesn’t matter what they do,’ Zamora said. ‘Kids are kids, and sooner or later they are going to ask where their moms and dads are.’ 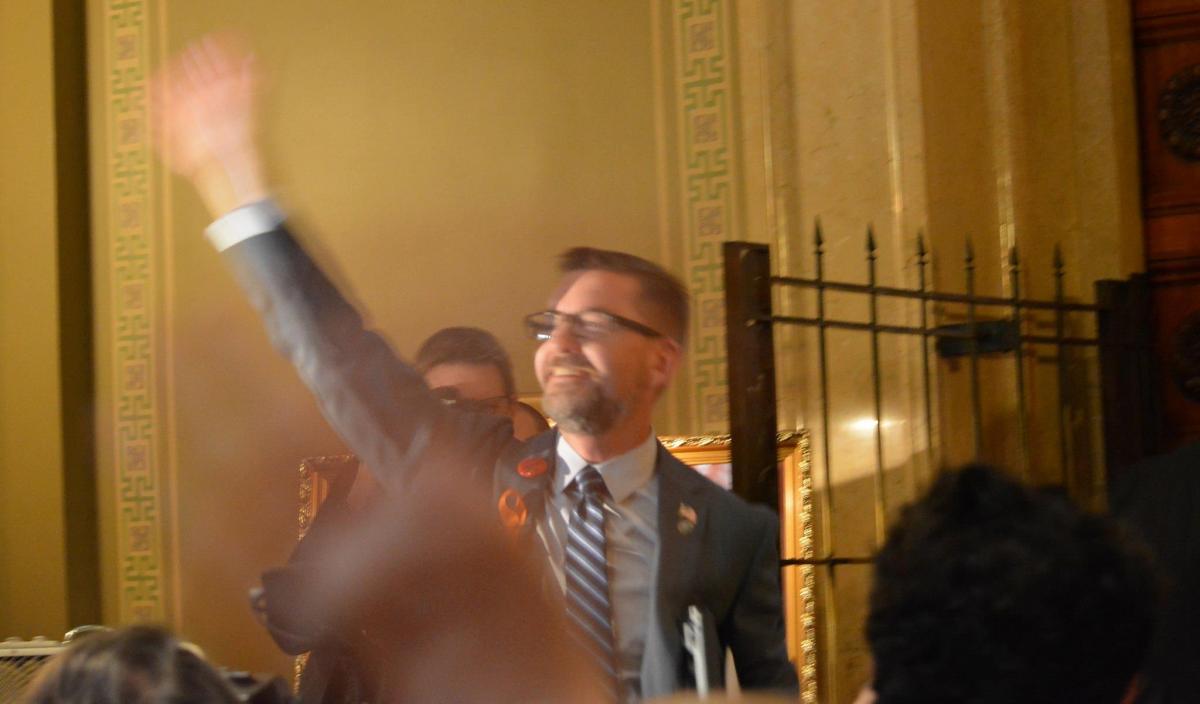 Senator Dibble makes his way into the Senate Chambers for the hearing on the same-sex marriage bill.

Members of the Minnesota for Marriage Campaign and the opposition to the same-sex marriage bill prayed before the senate took up the bill.