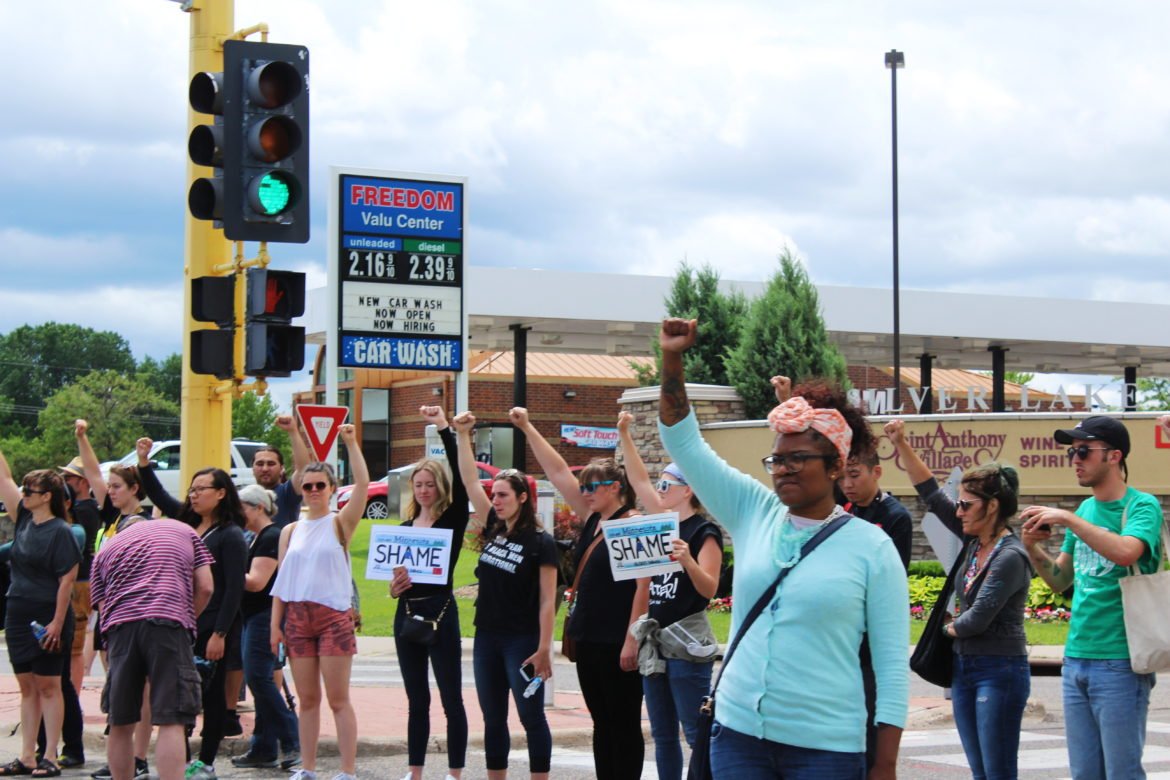 On Father's Day, demonstrators shut down the streets of St. Anthony to protest the acquittal of Officer Jeronimo Yanez in the death of Philando Castile. Photo by Cristeta Boarini.

At rallies and demonstrations across the Twin Cities this past weekend, thousands showed up after a Ramsey County jury acquitted St. Anthony Police Officer Jeronimo Yanez of all charges related to the death of Philando Castile on Friday, June 16.

As a police officer in Minnesota has yet to ever be convicted for killing a civilian in the history of the state, the verdict left thousands disappointed, but few were surprised by the result.

“Minnesota you are not so nice. This is about race. I take my hat off to County Attorney John Choi for bringing the charges against Officer Yanez,” remarked John Thompson on Sunday, an activist and close friend of Castile’s. “But honestly, I think it was just to appease the Black people in the community and put on a show. He had no choice but to charge the officer, but he knew in his heart that this thing wasn’t going to let no Black man tear this system down. This system was built to work exactly how we’ve seen.”

But from the capitol building to Interstate 94, to downtown Minneapolis and into the suburbs of St. Anthony, Twin Cities residents continued to demand justice. The trial against Yanez may be over, but as protesters called for perjury charges against Yanez, called for him to be fired from the St. Anthony Police Department (rather than a voluntary separation agreement), and called for elected officials to step down it was clear that that there was plenty of work left in the fight for justice. 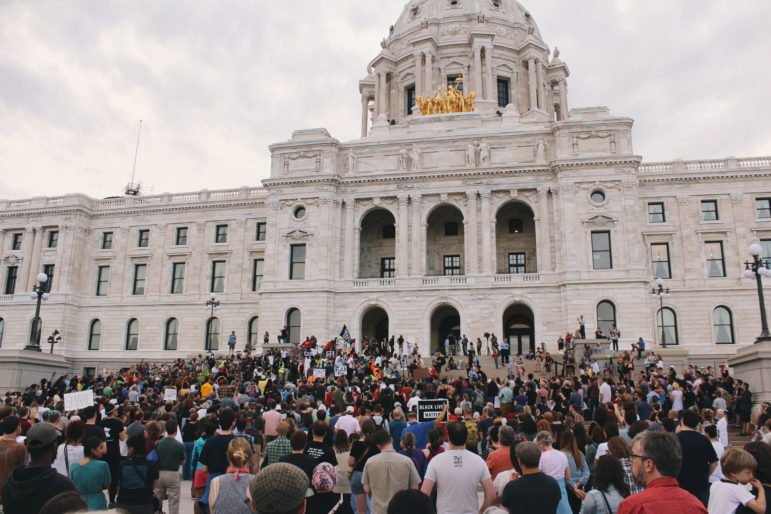 More than 2,000 people gathered on the steps of the state capitol. 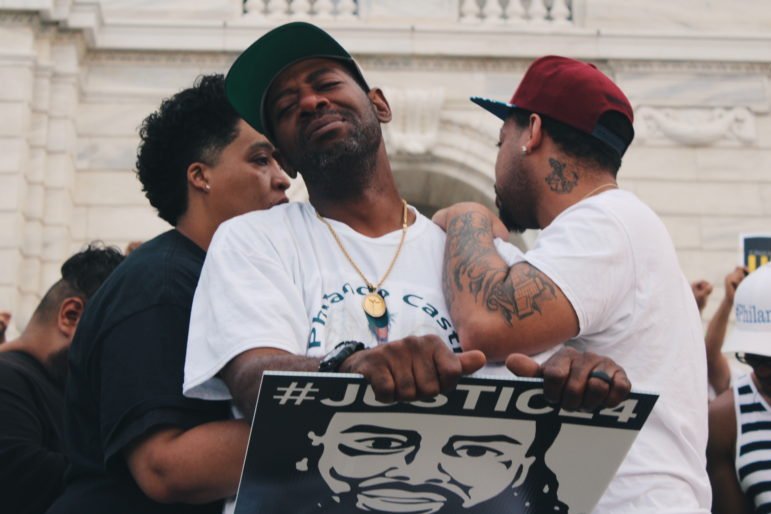 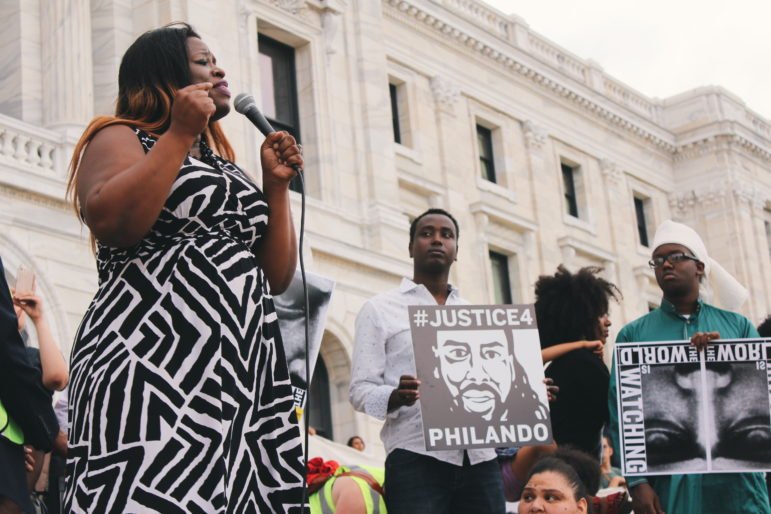 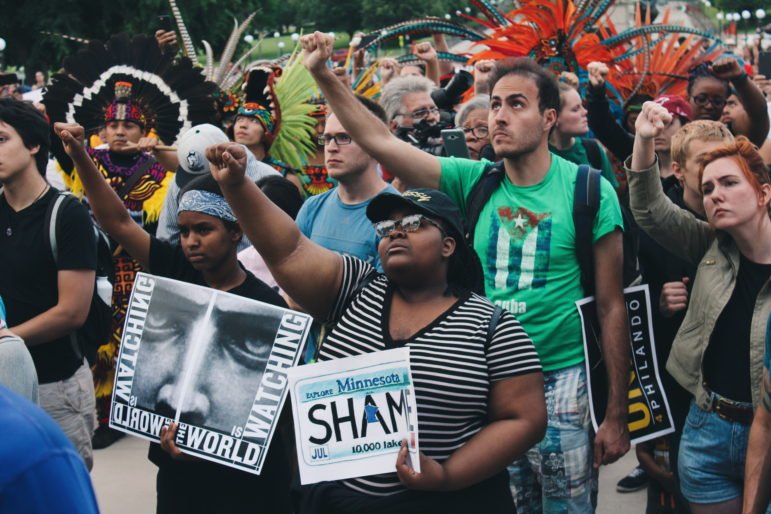 Demonstrators listen to speakers on the steps of the state capitol. 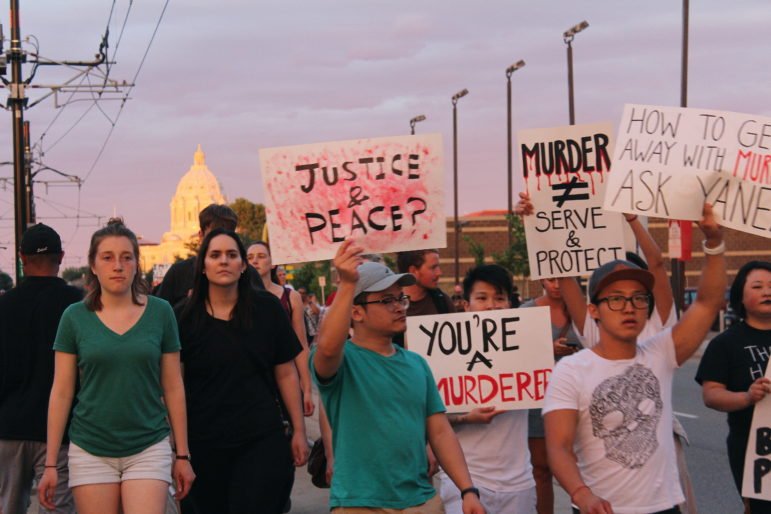 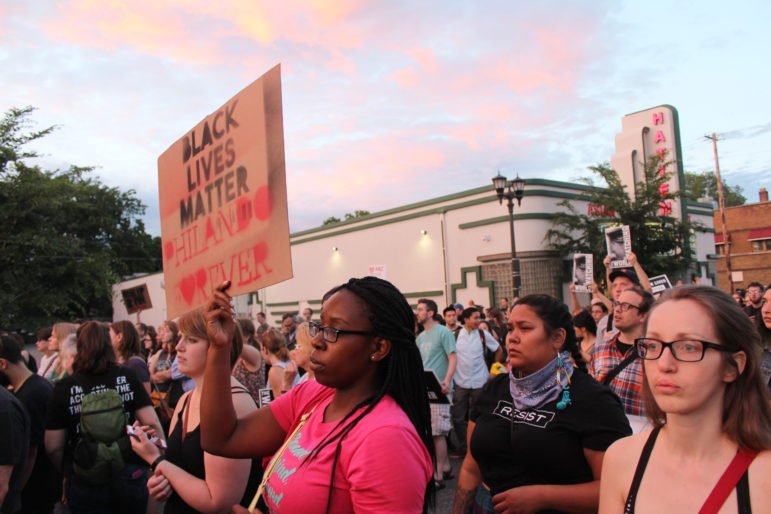 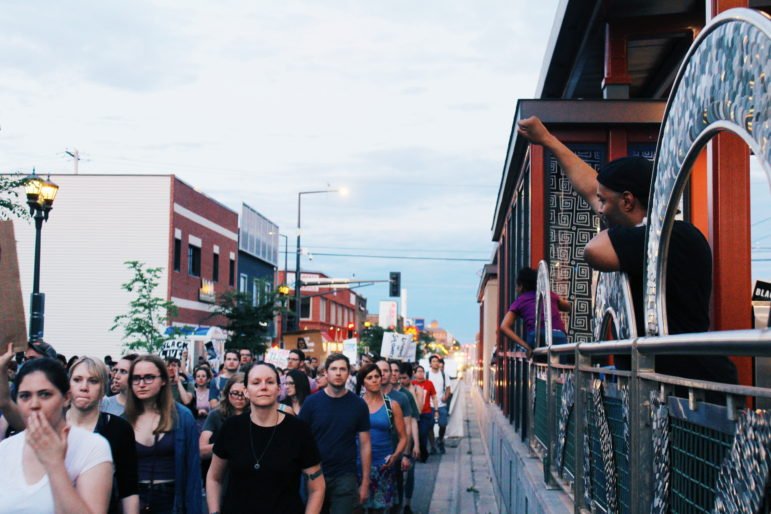 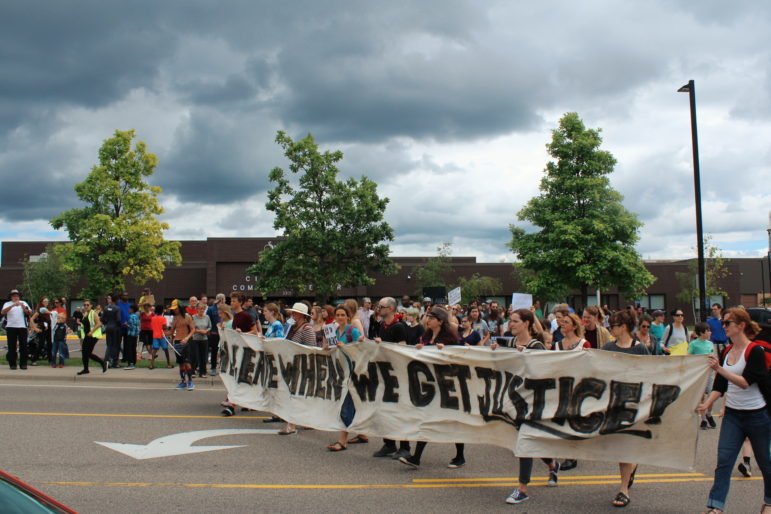 Protesters marched down Silver Lake Road in St. Anthony outside of the city’s community center. 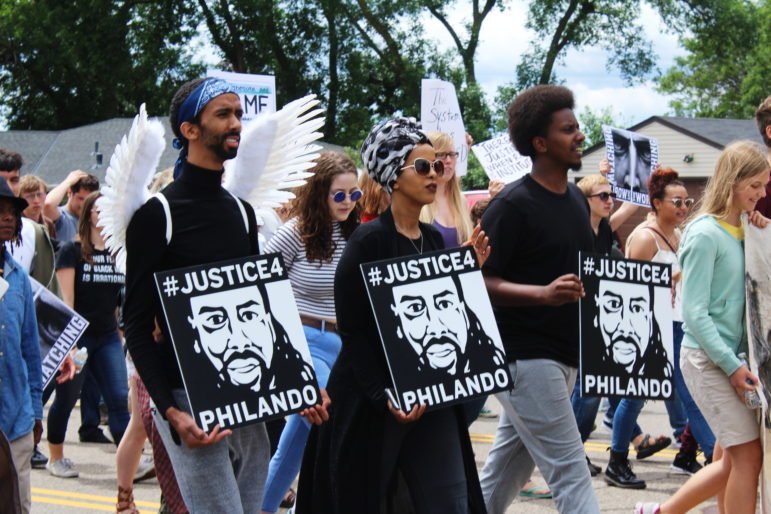 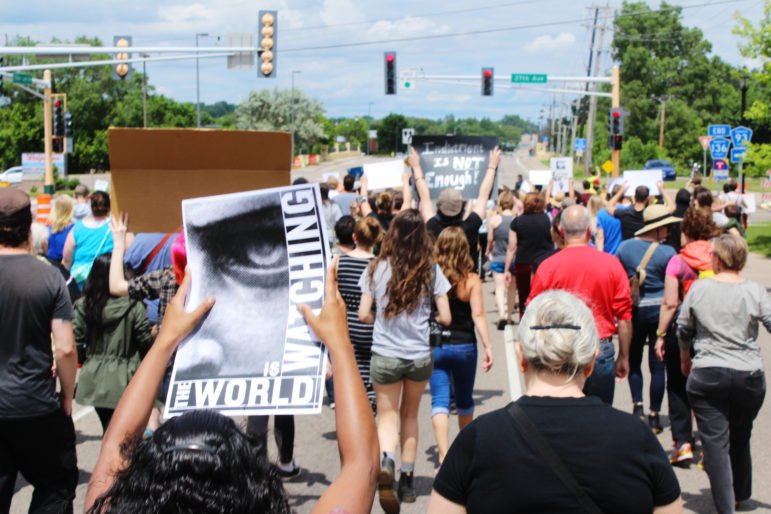 The action in St. Anthony was organized by New North. 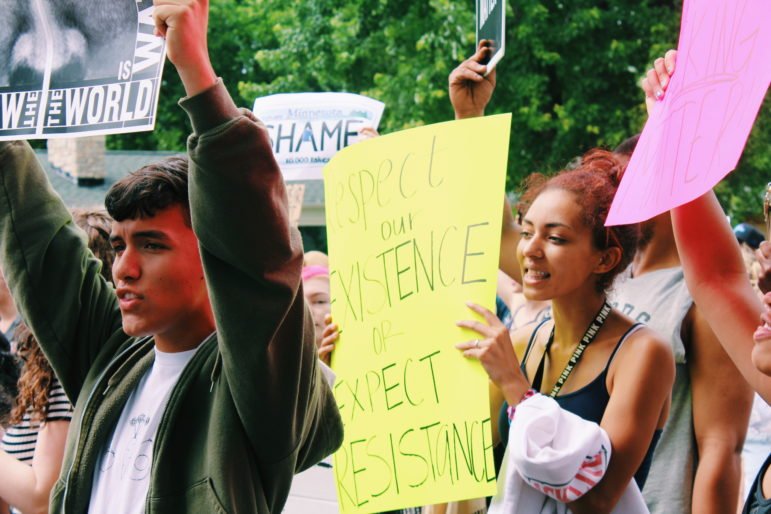 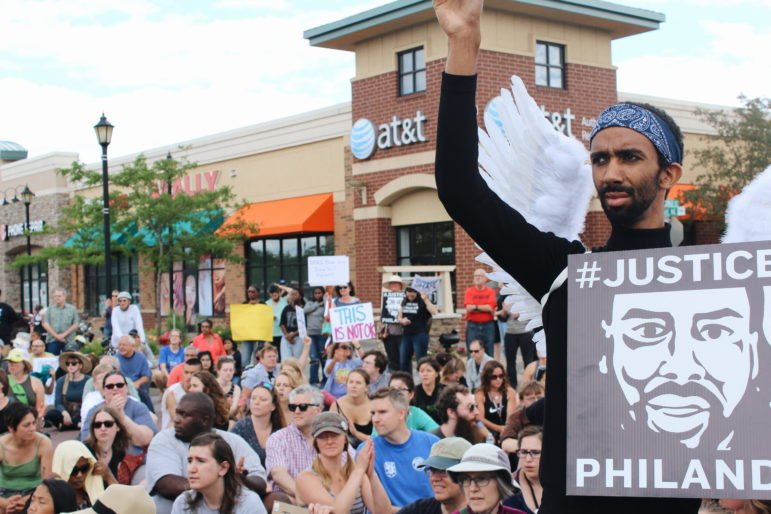 In the St. Anthony Village Shopping Center, protesters shut down intersections by sitting down for 74 seconds – the time it took for Officer Jeronimo Yanez to shoot and kill Philando Castile. 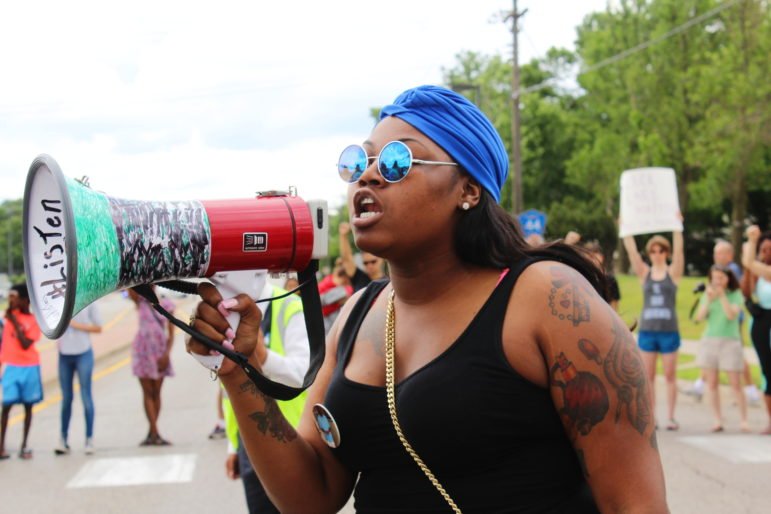 Allysza Castile, sister of Philando Castile, addresses the crowd by thanking everyone for showing up and vowing to continue the fight for justice. 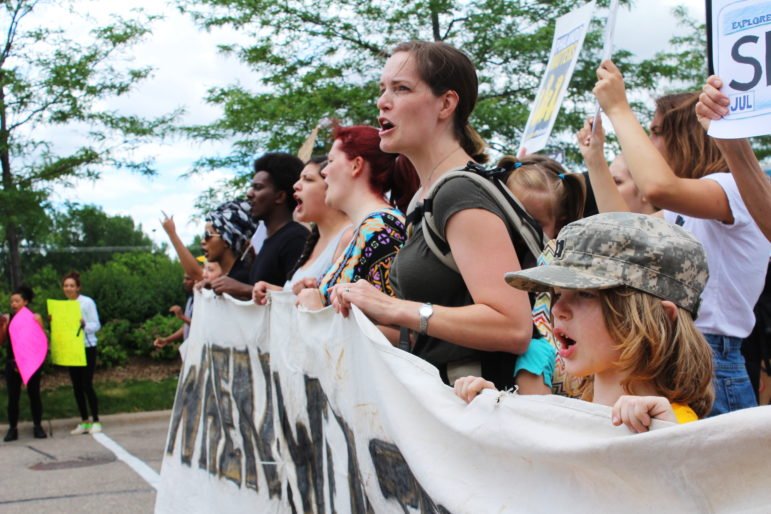