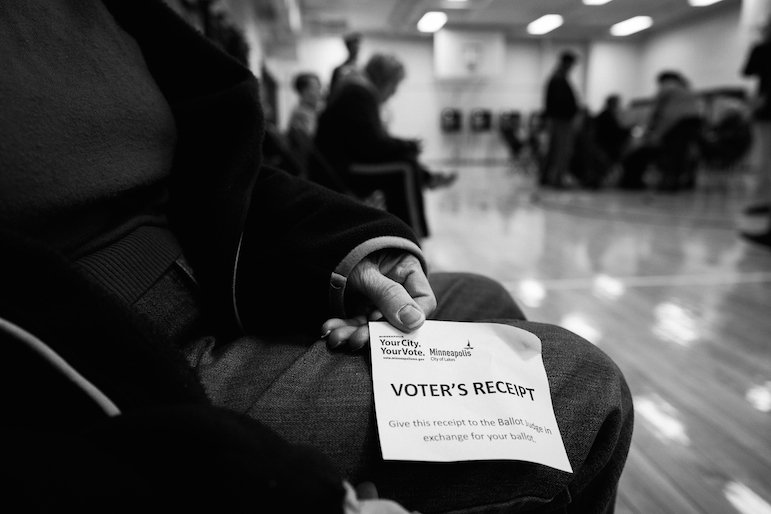 More than 42 percent of Minneapolis showed up at the polls for the 2017 elections. Photo by Annabelle Marcovici.

Historic victories for candidates of color shook up the Twin Cities political establishment on Tuesday night. While St. Paul elected Melvin Carter as its first Black mayor, three candidates of color – two of whom are transgender, none of whom have ever held public office – will ascend to the Minneapolis City Council dais in January, joining incumbents of color Alondra Cano and Abdi Warsame. Andrea Jenkins in Ward 8, Jeremiah Ellison in Ward 5 and Phillipe Cunningham in Ward 4 are bringing a new face to the Minneapolis City Council.

Voter turnout throughout Minneapolis was the highest it’s been in two decades, with no exception for Wards 4, 5 and 8. These results are especially meaningful in North Minneapolis Wards 4 and 5, which are home to a higher concentration of historically disenfranchised would-be voters than elsewhere in the city, and which have in years past seen significantly lower voter turnouts than the rest of Minneapolis.

On Election Night after polls closed, Ellison paraphrased the author and MIT professor Junot Díaz in explaining why this election may have been different from years past. “Vampires do not have a reflection in a mirror,” he began. “[Díaz] said that if you want to make a community feel they are like monsters, deny them at a cultural level any reflections of themselves. I would add, if you want to make a community feel like monsters then deny them at the political level any reflection of themselves. This campaign was about placing a couple of mirrors in this community so that people can see that they can govern, that they can lead, that they know what they deserve.”

If politicians can indeed serve as mirrors for the populations they govern, then perhaps the victories and higher turnout in North Minneapolis reflects a population more empowered to vote because they see themselves represented in the candidates who ran this year. 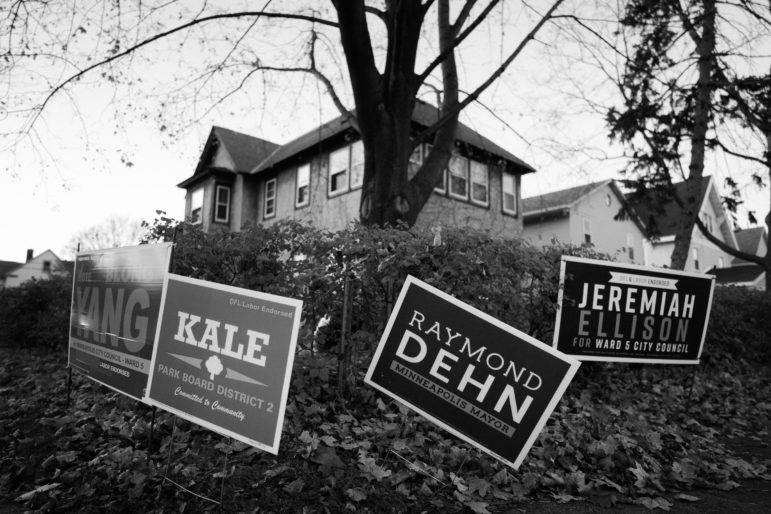 Yard signs in North Minneapolis Ward 5 speak to the neighborhood’s engagement in local elections, which like most wards throughout the Twin Cities, showed an increase in voter turnout from years past. 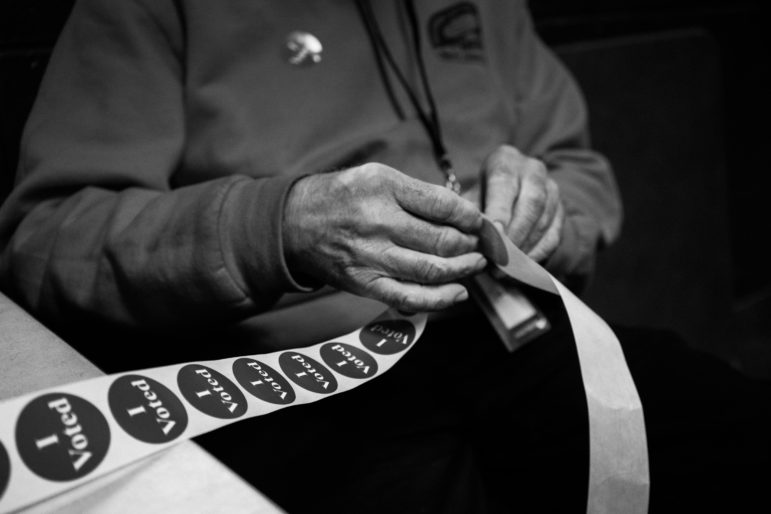 An election judge at the Loring Community School in Ward 4 gives out “I Voted” stickers to voters after they submit their ballots. 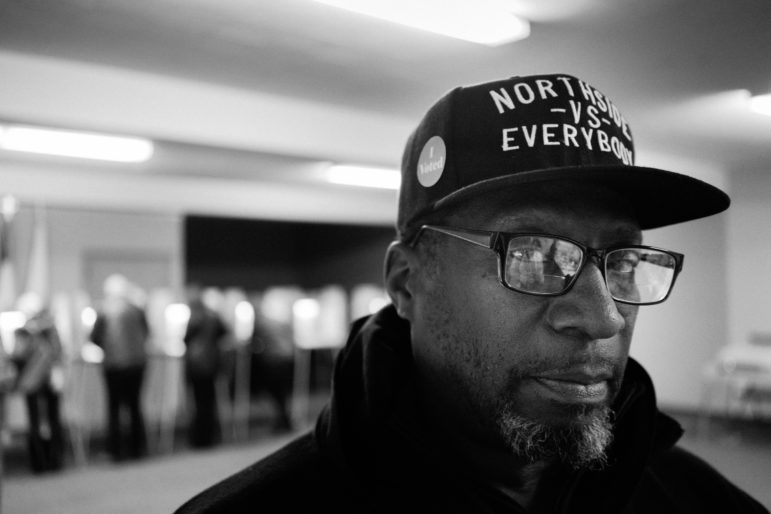 Ward 4 voter Bernard Walters, age 65, explains that he feels he has a “civic duty” to vote. “During the post-slavery days,” he explains, “you’d have to get three or four black men to agree on one candidate to have a vote. And besides, we’re still under the voting rights act of 1964. Black people are lucky to even be able to vote now! They still have to vote in Congress for us to continue to vote.” 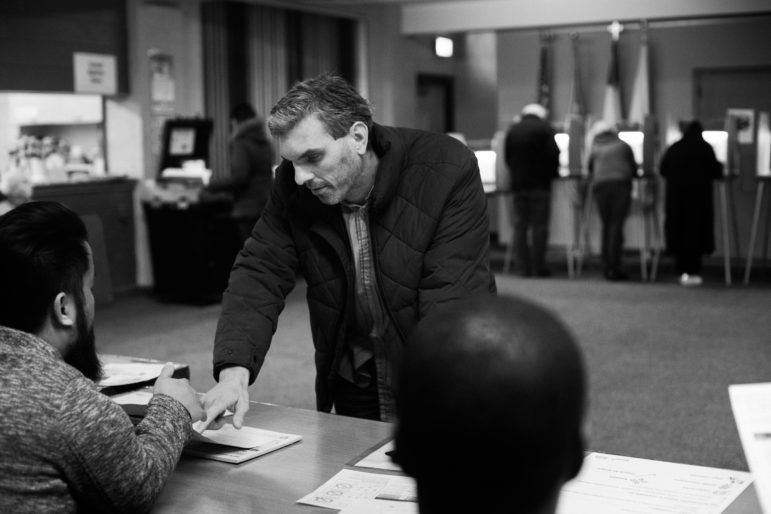 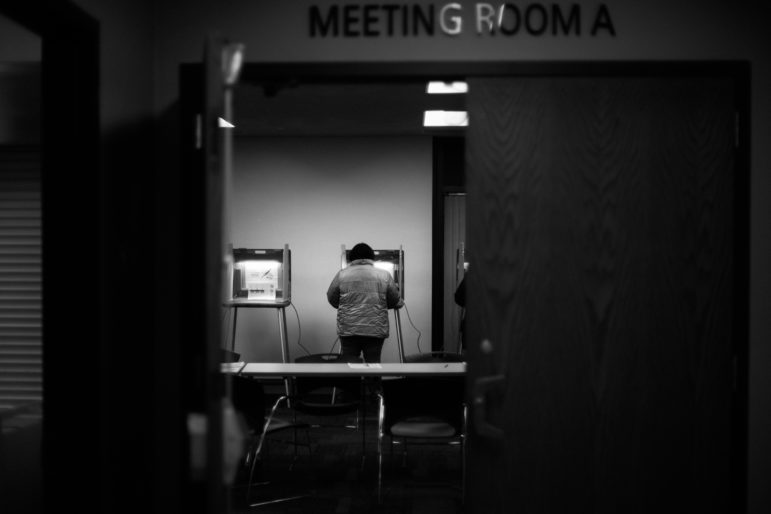 Ward 5, Precinct 2 residents case their ballots on the second floor of the North Regional Library while library operations continue on the main floor. 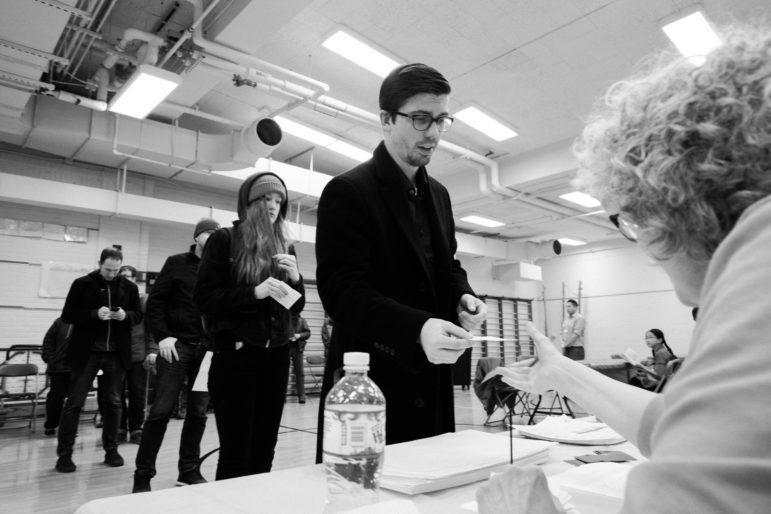 Residents of Ward 12, Precinct 2 line up to vote at Howe Elementary School after waiting for more ballots to be delivered. This precinct was one of several that ran out of ballots towards the end of the night. Election judge Chad Horsley noted, “When I first started here four elections ago, we had a full box of ballots leftover. This year we ran out a half hour before we finished. We started with 1,100 ballots. There are 2,503 registered voters in this precinct, so [those 1,100 votes] don’t even include those who voted early or absentee. 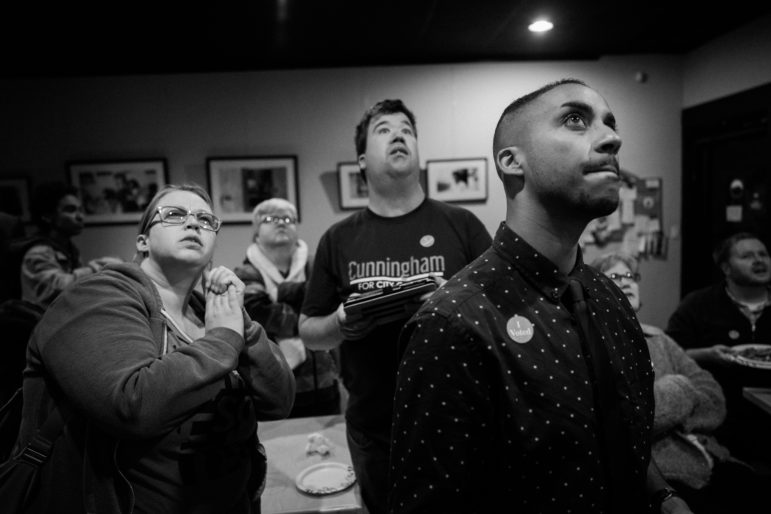 Phillipe Cunningham and his supporters anxiously await the results of the Ward 4 City Council race – a close contest between Cunningham and the incumbent Barb Johnson. Although some races were won that night, Ward 4 and several others had to be determined Wednesday by looking at the second and third choices of voters whose first choice candidates had been eliminated from the race. 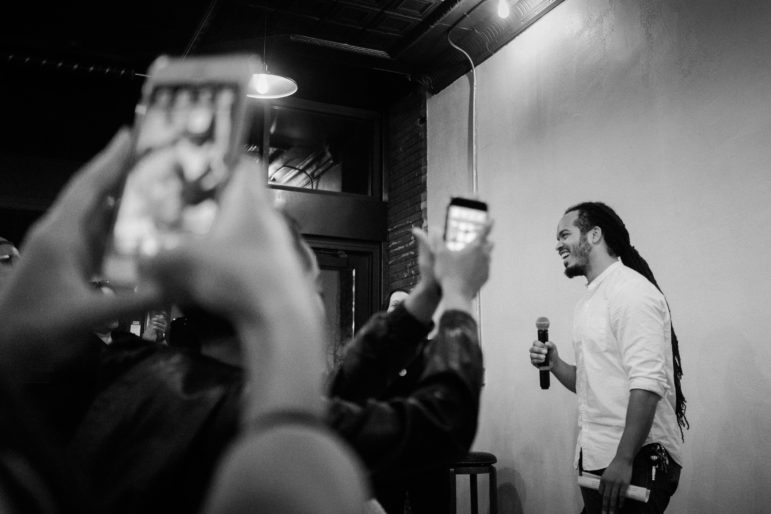 Jeremiah Ellison, Ward 5 City Council candidate, thanks supporters at his campaign party after preliminary results showed him coming out ahead in the race against incumbent Blong Yang. 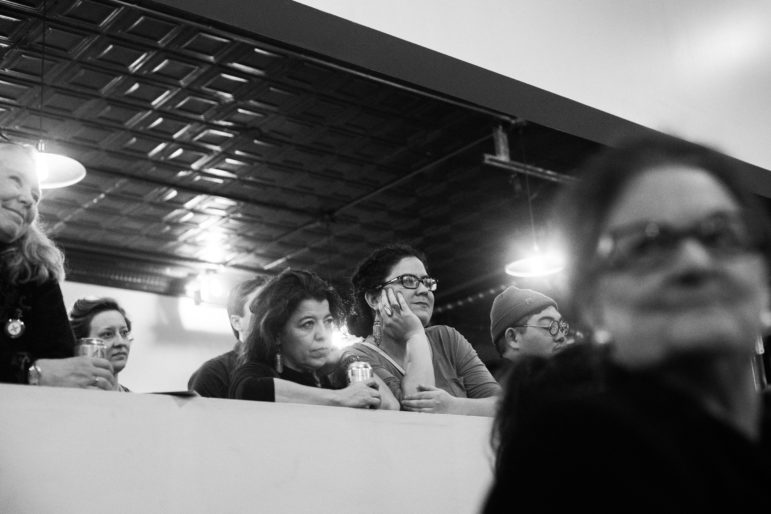