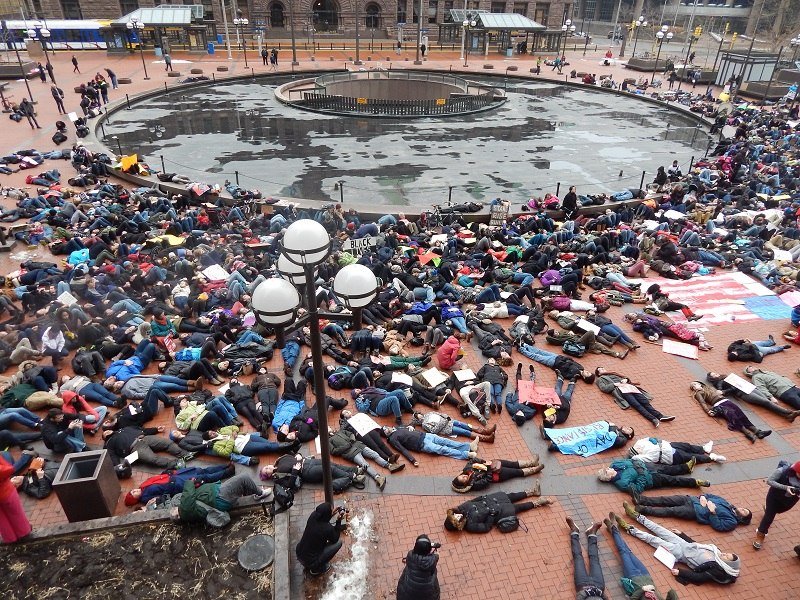 Over a thousand artists and activists gathered in downtown Minneapolis on Dec. 13 to rally and march in solidarity with the national #BlackLivesMatter movement that aims to highlight the lack of equality and accountability in police dealings with the black community in the United States.

The march, organized by a group called the Million Artist Movement, began with a rally at the Hennepin County Government Center, where artists, activists and other leaders from the black community spoke to the crowd about taking action by approaching their elected officials to demand change. The crowd also performed a die-in, lying down in honor of fallen black Americans at the hands of police, and by reading off names of black individuals whose lives were taken by police officers.

The march headed west down 6th from the Government Center to Nicollet Mall.

Recently, activists pressured the Minneapolis City Council to reverse their vote on a city budget that would cut racial equity programs by about $150,000. Protesters also shut down I-35W two weeks ago for a few hours, garnering national attention.

Local activists also plan to hold another rally at the Mall of America on Dec. 20.