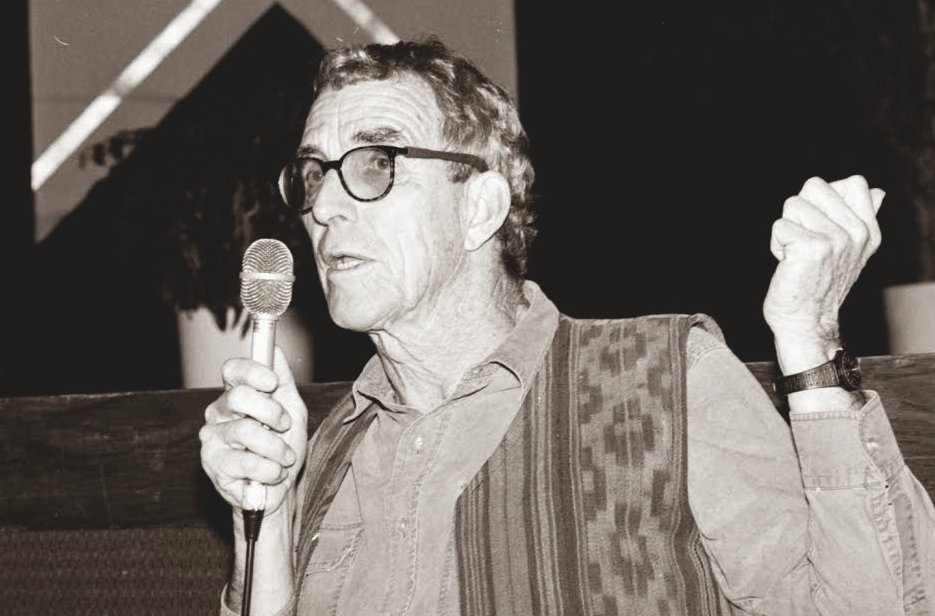 “… For all those who honor and defend those people who still seek in the wisdom of the Indian way…”,

Peter Mattheisson, from the dedication of In the Spirit of Crazy Horse.

He was a writer among writers, up to the last. Peter Mattheisson lived in an era of grand adventure writers, storytelling in words, and lived it well. I remember thinking that with our times together, walking, talking and watching him in his craft. I knew him as a friend, and loved him as a courageous and gifted man. He died April 5, after a gifted life. As a young writer, I admired his style and his agility. The word and the story is what he loved, a careful art, trampled often by todays’ era of tweeting and sensational journalism. The art, however still remains.

As a Native woman I appreciated his courage,that he came from immense privilege and had the heart, resources and tenacity to tell stories in a way, that only he could tell and that he loved our community. He was a man who could write about nature, and nuance of description, perhaps better than any other. He wrote 33 books and is the only writer to have won the National Book Award three times.

I remember Peter from l980, when he had come to Indian Country, in this case, first in the Navajo Nation, where I was working on uranium mining expansion proposals, in the midst of an arid land, already faced with groundwater contamination, and a way of life challenged by health issues of radiation contamination and an economic poverty forced upon a self sufficient people. He drove a rental car and I talked, taking him from house to sacred mountain, and elder to elder. He was an apt listener, crystalizing the essence and chronicling the stories. Then it was that he came to South Dakota, a place which would move him and a story which would catapult an environmental writer into a national controversy.

Indian Country, a travel journal of sorts through the heart of Native communities would be published in 1980, but it was “In the Spirit of Crazy Horse,” the story of the corruption, the U.S. political and military invasion of Pine Ridge (so called reign of terror on Pine Ridge reservation) and the Leonard Peltier case (trials were held in Fargo) that would draw the most controversy.

That book won him respect in Native communities and a 10 year legal battle. The book, is perhaps the most complete story (in Mattheisson’s style) of a political and social history of Lakota people and the COINTELPRO era, of conflict between Lakota resistance, and the state’s institutions of the FBI, the Paramilitary and, what was to become an all out battle for Native people. It’s a masterful chronicle, written by someone who initially very little (or what dribbles an American education can provide you) on Native history and current events. The book’s social and political weight, written by such a renowned author, brought immense wrath upon Peter, and he withstood it for a decade.

Just after the publication of “In the Spirit of Crazy Horse,” Matttheisson and his publisher Viking Penguin were sued for libel by David Price, a former FBI agent. A separate suit was filed by William Janklow, the former governor of South Dakota, who was renowned for his dislike of Indian people and the book illuminated that. David Price sued for $49 million and Janklow sued to have all copies of the book withdrawn from bookstores. After four years in court, Federal District Judge Diana Murphy dismissed Price’s lawsuit, upholding Matthiessen’s right “to publish an entirely one-sided view of people and events.”

In the Janklow case, a South Dakota court also ruled for Matthiessen. Both cases were appealed, and in l990, the U.S. Supreme Court refused to hear Price’s arguments, ending his appeal. That same year, the South Dakota Supreme court dismissed the Janklow case. The paperback edition of the book came out in l992, almost a decade later. There are very few writers who could either withstand such legal challenges to first amendment rights, or to stay loyal to a people and a land.

“We belong to this earth, it does not belong to us; it cares for us, and we must care for it. If our time on earth is to endure, we must love the earth in the strong, unsentimental way of traditional peoples, not seeking to exploit but to live in balance with the natural world. When modern man has regained his reverence for land and life, then the lost Paradise, the Golden Age in the race memories of all peoples will come again, and all men will be ‘in Dios,’ people of God.”