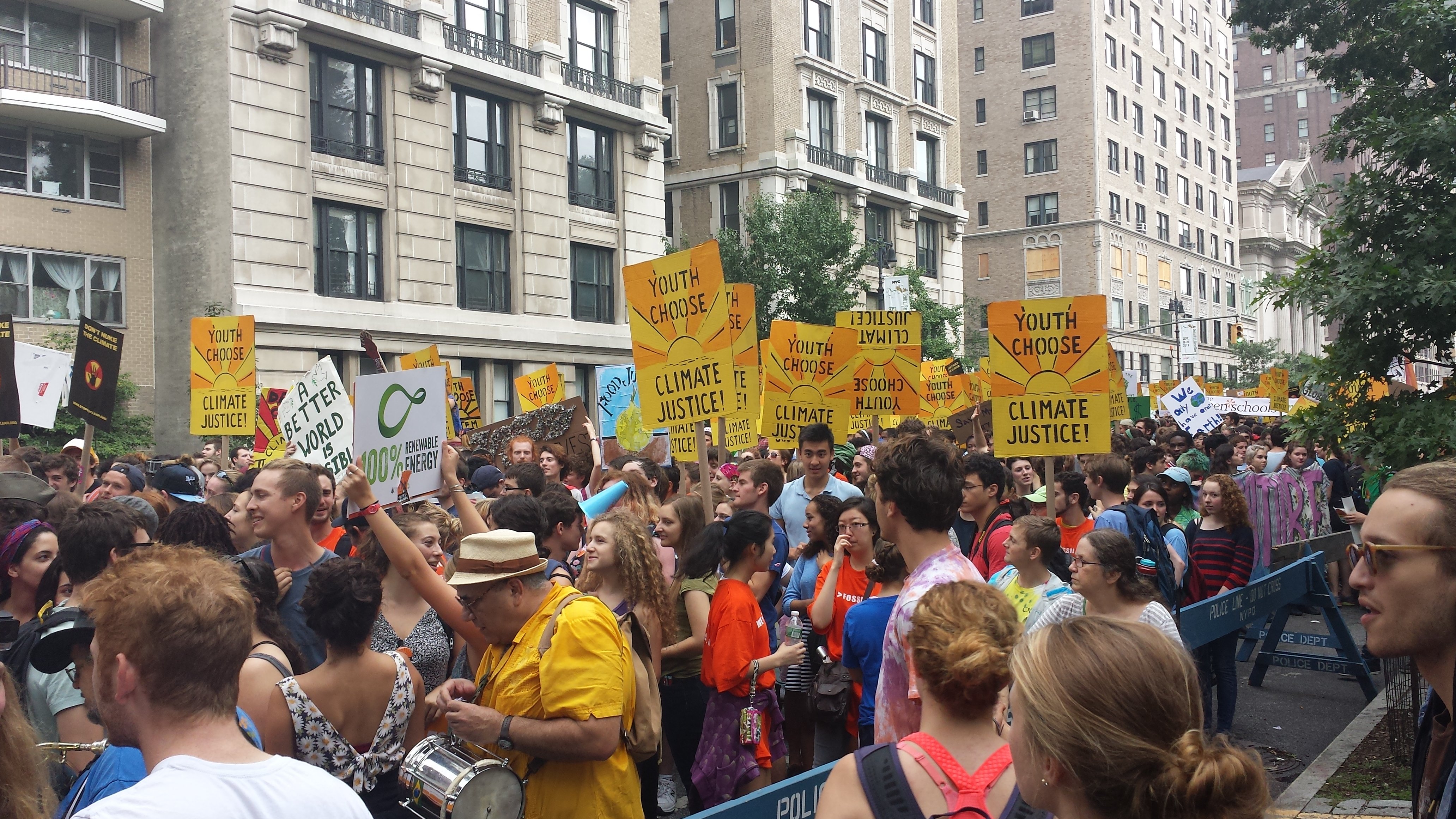 IATP’s Tara Ritter is blogging from New York City as a participant of the People’s Climate March.

At 400,000 participants, the People’s Climate March was at least four times larger than any other climate rally in history. Add that to 2,808 solidarity events in 166 countries, and you get an idea of the powerful worldwide call for climate action that happened today.

The lineup began hours before the march departed—people spanned tens of blocks along Central Park holding signs, playing music and rallying for their climate cause. Leading the march were people and groups at the frontlines of crisis, including indigenous people and environmental justice groups. Next came groups advocating for a better future, including labor, family and student groups. The solutions block came next, calling for renewable energy, food and water justice, and other environmental advocacy. Then anti-corporate groups calling out those responsible for the climate crisis. Scientists and interfaith groups followed. At the end of the march was the section called “To Change Everything, We Need Everyone”—a powerful contingent filled with neighborhood and community groups, the LGBTQ community, and representatives from cities, states and countries.

See a slidehow of photos from the march here.

The march was scheduled to begin at 11:30 a.m., with a moment of silence at 12:58 p.m., followed by as much noise as participants could make at 1:00 p.m. The march was so massive that by the time the moment of silence took place, nearly 1.5 hours after the frontlines began marching, the solutions block in the middle of the march hadn’t even begun to move. The wave of silence swept through the streets, lasting only several seconds, before people began blowing whistles, banging pots and pans, playing instruments and sounding the alarm for climate action.

At the end of the march, after people had been on their feet for hours, a block party featuring music, celebration and community began. The celebration was a stark contrast to the reality of climate change impacts that all participants were well aware of, but celebration is needed to sustain passion and motivation.

Bill McKibben, co-founder of 350.org, agrees that the largest problem in the climate crisis is the financial power of the fossil fuel industry. He said, “We can’t match that money, so we have to work in the currency of movements—passion, spirit, creativity and bodies.” Here’s hoping that the enormous display of democracy in the streets today is reflected in the U.N. Climate Summit, the U.S. Congress and other institutions around the world.