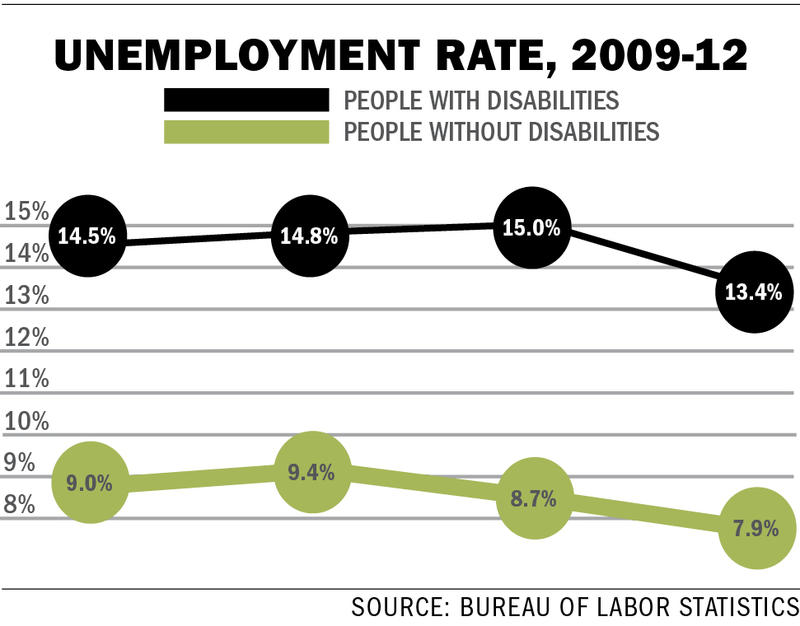 Sandra Buchholz has had difficulty landing a job because she’s deaf.

Some employers wouldn’t hire her because her deafness would make it hard to communicate, said Buchholz, who works as an American Sign Language instructor at the University of Minnesota.

“I would say that there are a lot of deaf people out there who have a tough time getting a job because of their disability,” she said through an interpreter.

To combat employment discrepancies in higher education, last week the U.S. Office of Disability Employment Policy partnered with the Higher Education Recruitment Consortium, a group that includes the University.

People with disabilities are underrepresented in all areas of the labor force, said Colet Mitchell, ODEP employer and workplace policy team lead.

It’s difficult to estimate the number of University employees with disabilities because job applicants aren’t required to disclose whether they have disabilities, said University spokesperson Julie Christensen.

Part of the alliance will include promoting a database of 2,000 college graduates with disabilities as a recruitment tool for colleges and universities, Mitchell said.

“You want your workforce to represent the people that live in this country,” Mitchell said. “We need to increase the exposure of people with disabilities into those workforce networks.”

ODEP will also work with HERC’s member colleges and universities to include people with disabilities in their diversity plans, Mitchell said.

In her previous job at a community college, Buchholz said she struggled since she was the only deaf employee.

“I felt like I had no support,” she said.

In the University’s ASL department, many employees are deaf, she said, and they work together well.

“It’s a wonderful team,” she said.

As an equal opportunity employer, the University looks for the most qualified job applicants regardless of disabilities or medical conditions, said Dave Fuecker, associate director of UReturn — a division of Disability Services.

An equal opportunities statement must be included in every University publication, according to policy. In addition, most communications to job applicants must provide information for requesting disability accommodations.

If faculty or staff need accommodations to return to work after an accident or because of a medical condition, UReturn will provide those resources if they’re reasonable, Fuecker said.

The program might set up a remote connection, for example, so employees can carry out their work from home or provide a motorized chair for those who need it.

Buchholz said she doesn’t use Disability Services often but will sometimes to request an interpreter for the first few days of classes or if she needs to talk with human resources.

Rather than abiding by the legal definition for a disability, which Fuecker said can be narrow, UReturn tries to reasonably accommodate anyone who needs it.

UReturn has had about 1,900 clients system-wide in the past fiscal year, Fuecker said.

The process of returning to work could begin with several counseling sessions with UReturn employees, Fuecker said, to discuss the issue and determine what’s feasible.