(Photo by Allen Weeks) Bianca Williams performs on stage at Penumbra Theatre as part of a three-year leadership development program that aims to teach teens how to translate their love for the arts into social justice and equity.

With the spotlight squarely on her, Bianca Williams strutted to the center of Penumbra Theatre’s stage last summer.

“Now, society is trying to tell me that we are all people. And we’ll be treated the same. Well, let me tell you a story of how hard it is to stand strong in your own name,” the Hopkins High School senior proclaimed.

The stage was black and glossy under her feet, reflecting light on her strong and impassioned complexion. Walking with attitude, the second-year Penumbra artist dramatically moved as her story of encountering racism in her accelerated English class unfolded.

The teacher asked each student where he or she planned to go to college. Except Williams was asked an additional question.

“And how, exactly, do you plan on paying for college?”

As the only African American student in the classroom, Williams took offense.

The storm of emotions poured out in her performance as she recounted the experience. Williams’ angst, anger, confusion and surprise captured the audience’s attention as her voice echoed and her glare intensified.

Silence followed the repeated shout. She continued her monologue with passion that could shake mountains.

Penumbra Theatre’s Summer Institute equipped Williams with the strength to make a powerful statement on stage. The three-year leadership development program aims to teach teens how to translate their love for the arts into social justice and equity.

In essence, Williams and other students become activists.

“The goal of Summer Institute is that your students will walk out of here, and they will intervene in oppression wherever they see it,” said H. Adam Harris, a local actor who serves as Penumbra’s teen programs coordinator.

By teaching kids to speak out, and moving those who listen, Summer Institute shapes teens (ages 12 to 19) to be fearless and strong.

Deja Stowers, a Summer Institute veteran who graduated from St. Paul Conservatory For Performing Artists, said, “It’s therapy … It’s so hard for you to ignore information after you go to Penumbra.

“You can’t live life in blissful ignorance. You’re continuously thinking. Your mind is always cranking. And it’s a beautiful thing to be stressed out to change the world.”

Summer Institute boosts the theater’s efforts to prop up an enthusiastic generation of advocates. The program contains around 70 kids. The total is split with 40 kids in year one, 20 in year two and 10 in year three.

The decrease in accepted applicants per year is mostly due to the rigor and intensity of each successive platform, Harris said. To continue from year one to two, and two to three, a student must be committed to furthering his or her skills at a high level of performance.

Year three also means an opportunity to perform a personally composed piece. Stowers, who has been part of Penumbra for seven years, presented a one-woman show titled “Orange” for her showcase. The play, about an exploration of identity, sexuality and love, was written, staged, cast and artistically controlled by her.

As part of her second year at Penumbra, Toria Hill, an Eden Prairie graduate, presented a personal monologue at the same performance Williams did. She chose to artistically address society’s intolerance towards certain sexual identities.

“To come here and know that all these people love and accept me for who I am, and I can just be who I am without judgment … was the best thing I could ever wish for,” Hill said.

The young artist’s face flushed as Harris mentioned what Hill’s mother shared after the performance: “I wanted to make sure she found a space that would celebrate her for who she was.”

“It’s an amazing place where all of these artists can come and feel like they are valued for the color of their skin, and also for their skill,” said Harris, who stressed that youth are the perfect group to work with because they have time to “be developed into presidents and mayors and council members.”

“We know this world that we live in is very different now, but at the same time, there is still work that has to be done. And that’s where Penumbra kind of enters into the picture. We need to start thinking about Penumbra Theatre as a place where social justice and advocacy can really begin.” 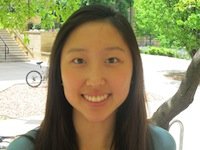 Kayla Song is a senior at Maple Grove High School. Her story on Penumbra Theatre is part of a package by 12 high school students who participated in ThreeSixty Journalism’s residential Intermediate Camp from June 15 to June 27.

Their stories are centered on youth organizations in the metro area that are cultivating the “next generation” of leaders. Click here to read more from ThreeSixty’s summer camp series.