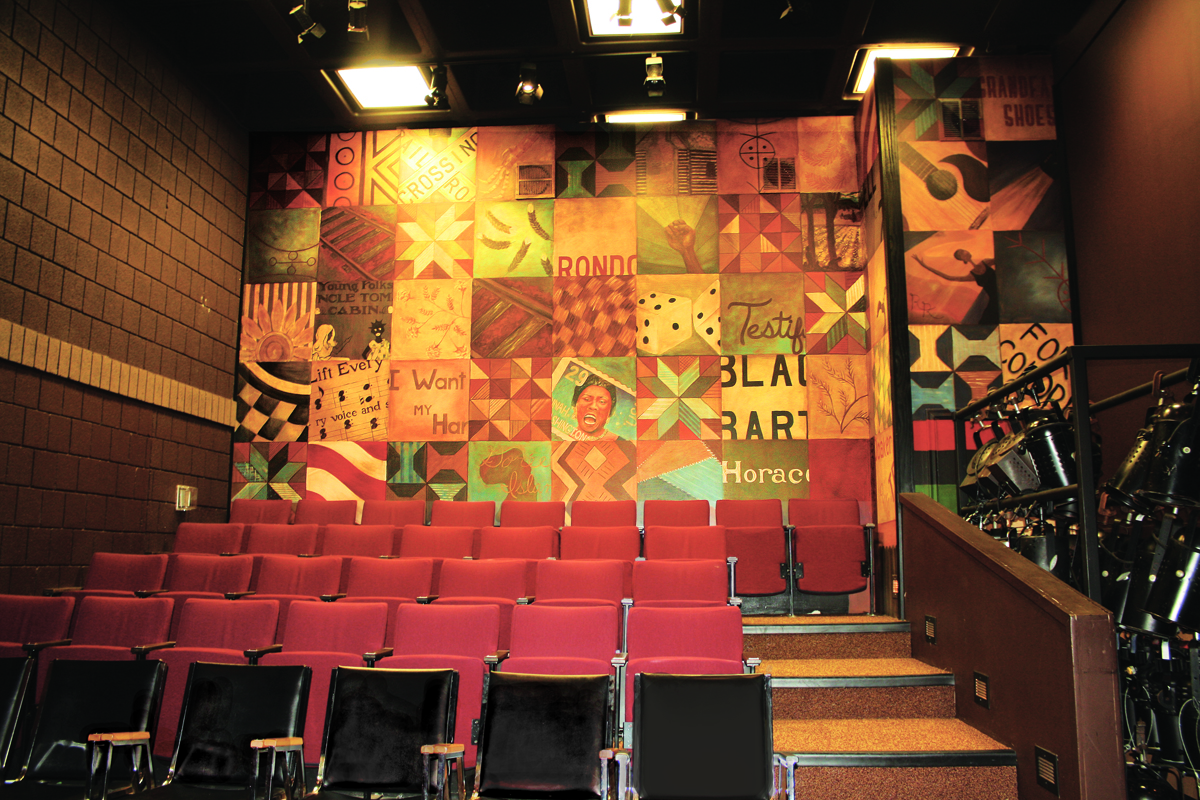 Penumbra Theatre is one of the largest African American theaters in the nation. (Photo by James L. Stroud, Jr.)

Penumbra Theatre Company (PTC), one of the nation’s largest African American theaters, has suspended its programming for the year. This decision is due to a cash-flow challenge, which prompted PTC to lay off six of its 16 full-time employees.

In a surprising twist to it all, PTC’s Lou Bellamy, who is known for being the founder, will be replaced as artistic director. However, according to reports, his successor will not be announced until close to the spring of 2013, when the theater will resume production.

PTC was founded by Bellamy in 1976. The theater has been recognized for its artistic quality and its role in launching the careers of actors and playwrights, including two-time Pulitzer Prize-winner August Wilson, who produced his very first play Black Bart and the Sacred Hills at PTC in 1981. Bellamy and PTC received national attention last year on NBC’s 30 Rock with Brian Williams.

Located at St Paul’s Hallie Q. Brown/Martin Luther King Community Center, in the heart of the Selby/Dale neighborhood, PTC employs more actors, choreographers, dancers, directors, and administrators of color than all other theaters in Minnesota. But now Managing Director Chris Widdess (CW) and the PTC board of directors have flipped the script and plan to keep the number of employees to the bare minimum.

The MSR spoke with Widdess about PTC’s current situation and their plans moving forward.

MSR: What would you call the current state of affairs at PTC? Can you give me one word that describes PTC’s current situation?

CW: It’s a difficult time, but if you want one word, it’s an opportunity. It depends upon your culture. I could be wrong, but as I recall, the Chinese character for chaos are two words. One is disaster and the other is opportunity.

What I’m trying to say is that, I come from a culture that believes in a balance in every molecule in [every] moment in life. You cannot have love without hate. You can’t have good without bad.

MSR: Yin and the yang?

CW: Right. So we could sit and say that this is a crisis. Yes, a crisis is a moment in time where the outcome could be disaster or the outcome can be opportunity. In the American culture [people] have propensity to focus on the negative.

MSR: Some optimists first identify the problem, come up with a solution and then believe it will work to correct things. Are you that type of optimist?

MSR: However we describe this situation, how did PTC get to this point of so-called “opportunity”?

CW: The reason why PTC is having a cash-flow crisis right now is because its management, meaning key staff and its board, meaning key governance officers, failed to keep their eyes on the cash flow.

CW: It’s real simple. I mean, there’s no improper activity. It was an honest human mistake. Penumbra is an institution that is comprised of real people that are very human. We were busy doing other things, and we failed to provide key support to some staff. We failed to ask some hard questions about the numbers.

Penumbra has historically been under-capitalized and it remains under-capitalized. It continues to work on slim margins. As long as those two things exist, all it takes is two hiccups in the road to create a crisis. The economy doesn’t help.

MSR: When you came here to PTC in 2004, did you immediately acquaint yourself with previous years’ activity to get a sense of where they have been, where they were and where you wanted to take them?

CW: Yes, but let me break that down for you. I came to PTC in October of 2004 to expressly help them deal with a debt elimination process that they were going through.

MSR: So when you first came in the door, they were having a similar financial crisis or cash-flow challenge?

CW: Similar in that it dealt with cash. The situation itself was radically different.

MSR: What was the difference?

CW: There were several major incidences that took place in Penumbra’s history that got it to the place in 2003 where it was dealing with a $660,000 debt or a deficit on a $1,500,000 budget. The board and staff decided at that time to deal with the situation and eliminate its deficit. So in that regard, it is very much the same. The first thing that they did was they eliminated $200,000 worth of the deficit by eliminating staff and product.

MSR: What do you mean by product?

The primary difference between that scenario, which sounds very similar to this current scenario — the numbers are different, but they are very similar — [and the current situation] is this next statement, which is that in 2004 there was no administrative infrastructure here. There was no administrative capacity here. The difference today is that we have that infrastructure.

MSR: Can you describe that infrastructure?

MSR: So positions were filled with folks offering good ideas, but not the skill-set or expertise to execute them?

CW: Right. So, in other words, in 2004 when I came in they had already gone through one year of dealing with eliminating the debt. It took them until 2007 to get rid of that $600,000 worth of debt. It took them all that time to get their arms around it and figure out how to deal with it, what they were going to do, and to lay out a plan and implement the plan.

MSR: At that time, your title was the same. You were always the managing director?

MSR: So what about the current situation?

Widdess continued by saying that it’s getting harder and harder to raise money for the arts. In the meantime, PTC is trying to raise $340,000 by this December. Their next performance season will continue in the beginning of 2013.

According to Widdess, PTC has several fundraisers scheduled. There are three in the month of December (Dec. 3, 10, and 17) by three PTC artistic company members acting as the organizer for each event: T. Mychael Rambo, Dennis Spears and Austene Van.

When asked what she wanted the community to know, Widdess replied by saying she would like to thank all of those in the community who have offered their encouragement, financial support and prayers.